Since embarking on a seven-game win streak as the quarterback for the New England Patriots, Mac Jones has spent most of the season as the betting favorite to win NFL Offensive Rookie of the Year.

In Week 17, Ja'Marr Chase insisted that he not be ignored.

The Cincinnati Bengals receiver exploded for 266 yards and three touchdowns on 11 catches in a shootout win over the two-time defending AFC champion Kansas City Chiefs that clinched the AFC North title. He's now the betting favorite for the award in a two-man race with Jones.

But if you didn't notice him prior to Sunday, that's on you. Chase is the NFL's best offensive rookie by a landslide, and he has been all season. Anything short of him winning OROY would amount to a failure of the voters.

OROY has evolved into an honor awarded to quarterbacks more often than not. Dating back to Ben Roethlisberger in 2004, a quarterback has won OROY nine times in 17 seasons. It's a list that includes Sam Bradford, Cam Newton, Vince Young and Matt Ryan.

The trend has coincided with the increased tendency of teams to hand over the reins to rookie quarterbacks in Year 1. Prior to Roethlisberger, we have to go all the way back to 1970 to find the previous quarterback named OROY. That honor belongs to a guy named Dennis Shaw of the Buffalo Bills. 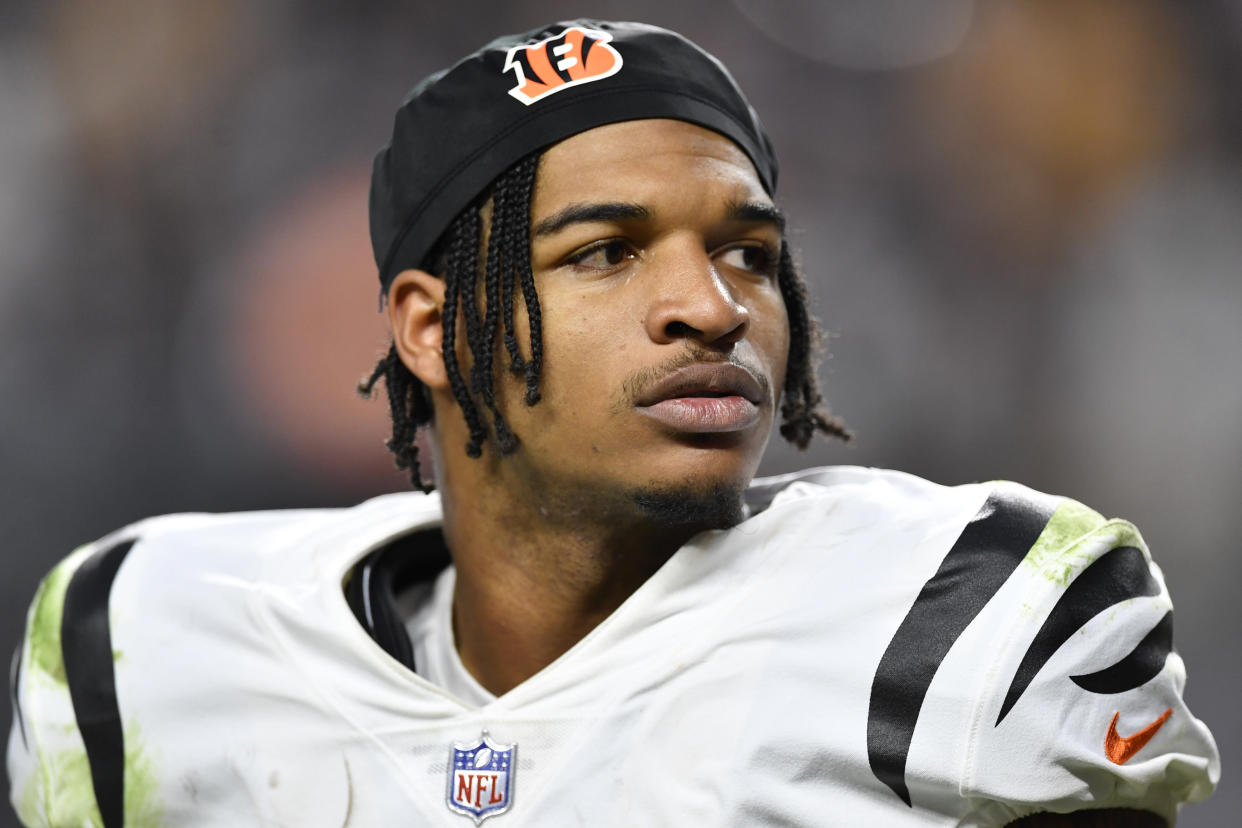 But in the modern NFL, if a quarterback puts up solid stats and helps the win total, he's generally a favorite to take home the hardware. And that's exactly what Jones has done. In a class of five first-round rookie quarterbacks, Jones is the only one who hasn't fallen woefully short of expectations.

Trevor Lawrence, Zach Wilson and Justin Fields have overwhelmingly disappointed while quarterbacking the dregs of NFL offenses. Trey Lance has taken the old-school track, spending most of his rookie season learning behind veteran starter Jimmy Garoppolo.

Jones, meanwhile, has been good. He's completed 67.6% of his passes for 221.3 yards per game on 7.2 yards per attempt. He's thrown 21 touchdowns against 12 interceptions while looking competent as a rookie quarterback running Josh McDaniels' playbook. And, most importantly, the Patriots are back in the playoffs, setting right the wrongs of the first season of the post-Tom Brady era. It makes for a nice narrative come awards season.

Why Chase absolutely should win

Meanwhile, Chase has been undeniably great.

He's arguably already the best big-play receiver in the NFL. His league-best 18.1 yards per reception make a strong case. The Chiefs learned that the hard way on Sunday when he torched their secondary for 69- and 72-yard touchdowns.

Showing Chase single coverage is a bad idea. Not only does he flash sub-4.4 40 speed and tremendous run-after-the-catch abilities, he corrals contested balls in tight windows in big moments. For example, take this 30-yard catch on third-and-27 with the scored tied in the fourth quarter against Kansas City:

266 yards on the DEY for Ja'Marr. That's a team record for receiving yards in a game.

That's a difference-making play. It's one of several Chase has made this season. Simply put he's special. The tape shows it. The numbers prove it.

Through Week 17, Chase has tallied 79 yards for 1,429 yards with 13 touchdowns. The yardage total ranks fourth in the NFL and first in the AFC. It's the most by a rookie receiver in the Super Bowl era and 45 yards behind Bill Groman's all-time record of 1,473 with the Houston Oilers in 1960. The touchdown total trails only Cooper Kupp's 15 in 2021. In the history book among rookies, Chase only trails Randy Moss' 1998 total of 17 scores.

He's done it all while starring in Cincinnati's first AFC North championship run since 2015. He's not a project. He's not a top prospect. He's a difference-maker now. And paired with fellow former LSU Tiger Joe Burrow, he's one half of what looks like a pass-and-catch duo destined for greatness.

Will Jones end up being great? Maybe. More than likely not. He's displayed competence. But nothing about his rookie season screams future MVP like Newton's 2011 campaign alluded to. He didn't dazzle the NFL with an extraordinary combination of strength and accuracy that insisted Justin Herbert win the award over Justin Jefferson last year. He's not among the league leaders in anything.

He's been good on a team that's going to the playoffs. Which should be and has been applauded. Meanwhile Chase has been historically great. He's the easy choice for OROY.