Judy Murray has become locked in a planning row with Dunblane residents over plans to build a tennis centre and an Andy Murray museum.

The Scottish tennis coach, 62, hopes to build a Sir Andy Murray Museum which will form part of a development of 19 luxury homes that has received opposition from local residents who do not want housing built on the park.

The luxury homes are set to be built on the land between Dunblane and Bridge of Allan, along with the Murray Tennis Museum, and a golf and tennis centre, by Park of Keir Partners, the Daily Record reported.

The site will also boast an 18-hole golf course and a 150-bedroom hotel, which will be able to host corporate events and sports coaching courses.

But the mother of tennis legend Andy Murray, who grew up in Dunblane, has become locked in a tense planning row with residents after a petition against the plans gathered more than 1,550 signatures. 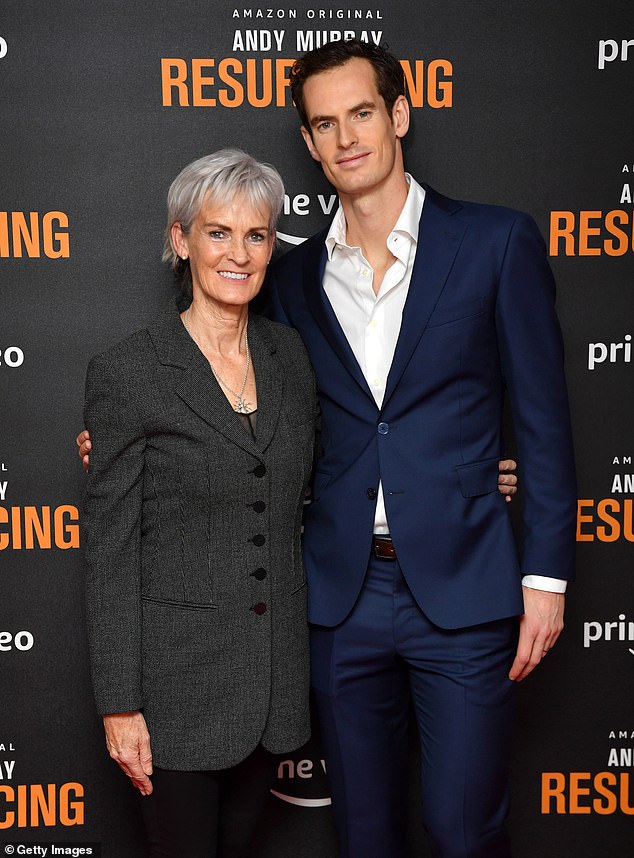 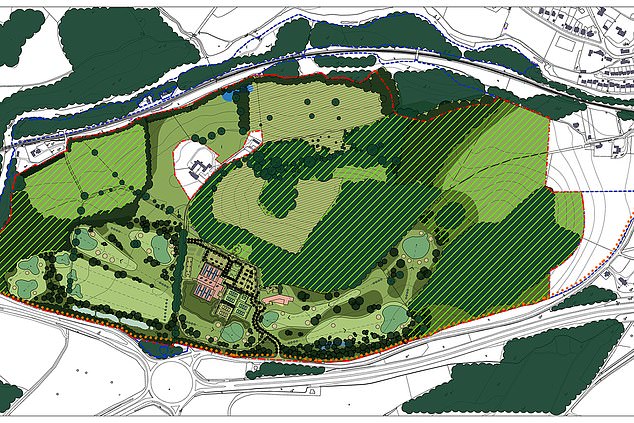 The homes are set to be built on the land between Dunblane and Bridge of Allan, along with the Murray Tennis Museum, and a golf and tennis centre. Pictured: Park of Keir Partners plans

The Park of Keir is a partnership between Mrs Murray, Colin Montgomerie and the King Group, who see the park as the ‘perfect location’ to give ‘young people the best possible opportunity’ to try sports, according to the partnership’s website.

The tennis centre hopes to pay tribute to Andy Murray while the golf centre will be in honour of Scottish golfer Colin Montgomerie, with the website saying ‘two of Scotland’s most prominent sporting figures’ are behind the two sites.

There will also be a new 150 acre community park with woodland walks on the site, as well as an adventure park for children and an all-weather pitch for five-aside football.

But Mrs Murray’s hopes to build a museum named after her son could be dashed as the planning battle continues, after campaign group Residents Against Greenbelt Erosion handed in a petition to constituency MSP Keith Brown last month.

The petition boasted more than 1,550 signatures and urged Tom Arthur MSP, the new Minister for Planning, to rethink the development supported by Mrs Murray.

The development was approved by his predecessor in August 2017 but Mr Arthur has now urged residents to submit new information about the controversial development, given the amount of time that has passed.

The site (concept design pictured) will also boast an 18-hole golf course and a 150-bedroom hotel, which will be able to host corporate events and sports coaching courses 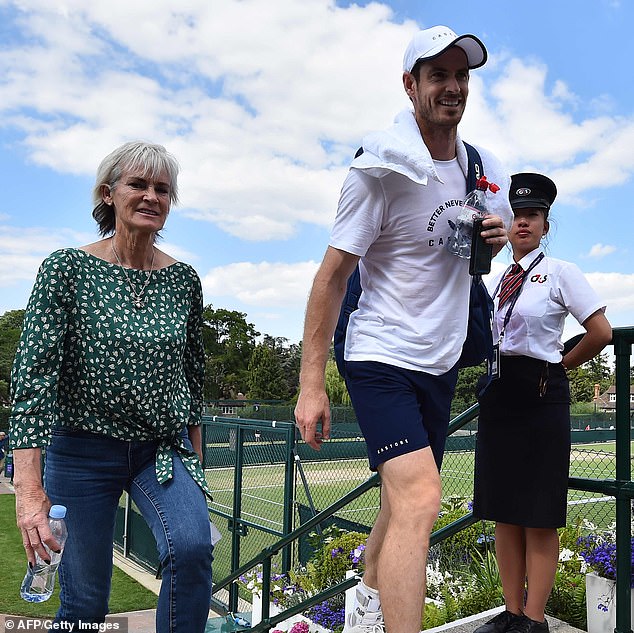 But the mother of tennis legend Andy Murray (pictured) has become locked in a planning row with Dunblane residents after a petition against the plans gathered more than 1,550 signatures

RAGE spokesperson Inga Bullen previously told the Daily Record: ‘We are delighted that the minister for planning Tom Arthur has issued a call for further information in view of the length of time that has passed.

‘We have been asked to submit information on any material changes that are relevant to the appeal.’

Mid-Scotland and Fife Conservative MSP, Alexander Stewart has showed his support for the residents opposed to the Park of Keir housing development.

He added: ‘This debacle need not have gone on for so long, to such angst from our local community.

‘The entire fiasco has treated local democracy, our councillors and our residents with utter contempt.’

Green MSP Mark Ruskell gave evidence against the development at the original public inquiry and continues to oppose the plans.

He said: ‘I’m pleased the Minister has recognised that circumstances have radically changed since his predecessor said he was minded to approve the plans more than four years ago.

‘However, what hasn’t changed is the depth of opposition to the development and I’m glad communities are being formally invited to reiterate their concerns.’

Park of Keir Partners previously said they are looking forward to sharing ‘exciting proposals for this new community facility’. 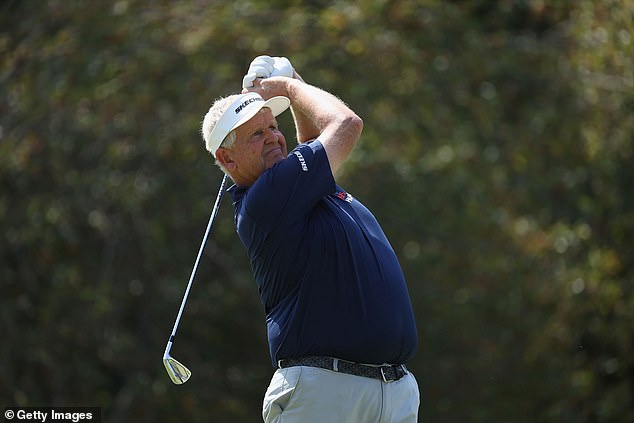 Judy Murray, golfer Colin Montgomerie (pictured) and the King Group are behind the plans and see the park as the ‘perfect location’ to give ‘young people’ the chance to try out sports

According to their website, the 19 homes built on the site will be ‘low density, high quality’ homes as there are limited areas they can be built on the park.

It said: ‘Due to the sensitivities of the Park of Keir site there are limited areas where these homes can be located and it is only intended to site these, where they can be sympathetically located, without compromising the visual impact on the landscape at Park of Keir.

The agreement was signed this summer after a serious of extensions to the process.

MailOnline has contacted Park of Keir Partners for comment.