Keeping faith with a city under siege: Zbigniew Herbert’s journey

The poet Zbigniew Herbert was born in Lviv in 1924. He is known as a Polish poet, yet this is just a trick of the years. Lviv has been an island in history’s torrent of conquest, settlement, war and border realignment for almost 1000 years.

Just since World War I, it has been part of the West Ukrainian People’s Republic, Poland, the Soviet Union, Nazi Germany, then the Soviet Union again and then Ukraine. Today it is a city besieged again, facing the prospect of Russian occupation. 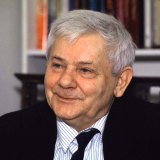 Zbigniew Herbert: a poet and chronicler.Credit:

Herbert knew what a besieged city felt and looked like. In World War II, he was in the resistance against the Nazis, and then came the Soviet annexation. Voices were silenced. Words of the individual no longer mattered. To keep faith in humanity was an act of conscience. A poem was rebellion. Its existence among others a thread of communion.

The scholar Walery Butewicz says the events of World War II, the rending of Lviv between Nazis and Soviets, deeply affected Herbert. It took until 1956 for his first collection of poems, Chord of Light, to be published. Not long afterwards he left his homeland, becoming a traveller in the West, but never forgetting the city.

Now Lviv is the transit point for Ukrainians fleeing the Russian invasion. In his poem Report from the Besieged City, Herbert writes:

cemeteries grow larger the number of defenders is smaller

yet the defence continues it will continue to the end

and if the City falls but a single man escapes

he will be the City

The critic Robert Hass said Herbert wrote “as if it were the task of the poet, in a world full of loud lies, to say what is irreducibly true in a level voice”. 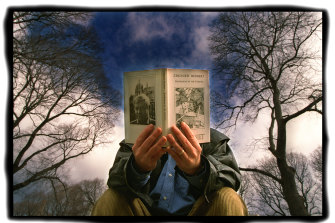 One wishes that all invaders and occupiers could read Herbert’s work and find themselves reflected.Credit:Craig Abraham

Herbert placed his faith in being a witness to events. Poetry to him was not about praising, in his words, “the piano at the top of the Alps”, it was to describe the grain in the hands of both victim and villain.

His translators John and Bogdana Carpenter wrote that Herbert believed that “each individual must see events, and his own experience of them, clearly. No matter what obstacles are in his way, he must be faithful to the truth of this experience and keep a covenant with it. This covenant unites the individual to others.”

To Herbert “we are despite everything/the guardians of our brothers”.

This is the faultline that runs through the invader: they are blind to this. Tanks in the city are never enough to conquer when the city lives within each. If only each tyrant would read Herbert’s Elegy of Fortinbras (“you lie on the stairs and see no more than a dead ant/nothing but black sun with broken rays”). But that would be asking too much. As Herbert knew, and wrote, the folly is asking too much.

It is enough that we are guardians. This is the faith writ large in Herbert’s hand.