Keir Starmer was last night accused of ‘spoiling for a fight’ with Labour’s Left.

The party leader was told he had ‘no chance’ of becoming Prime Minister if he did not keep faith with Jeremy Corbyn’s legacy. 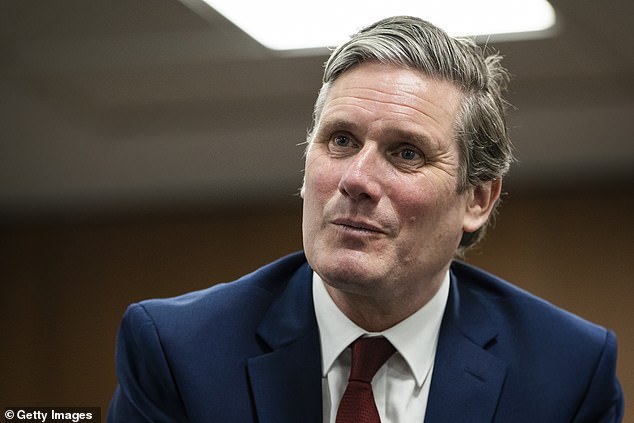 Keir Starmer, pictured above, was last night accused of ‘spoiling for a fight’ with Labour’s left after Unite boss and union firebrand Len McCluskey warned that Labour’s membership is still behind Corbyn’s policies

And the union firebrand, who is understood to be furious at the party leader’s sacking of Left-wing frontbencher Rebecca Long Bailey, warned that Sir Keir ‘needs the Left’.

‘Without the Left of the party, he has no chance of becoming Prime Minister,’ he said.

In an interview with Times Radio yesterday, Sir Keir said he agreed with the call for unity but then aimed a thinly-veiled swipe at the state of the party under Mr Corbyn.

He said: ‘In the last few months and years, we’ve been taking lumps out of ourselves. And one of the oldest sayings in politics is that divided parties don’t win elections… and it’s true.’ Sir Keir denied that meant defeating one particular faction of Labour.

But last night one ex-shadow minister said it was clear he wanted to take on the Left. He said: ‘It’s obvious – Keir is now spoiling for a fight.’ 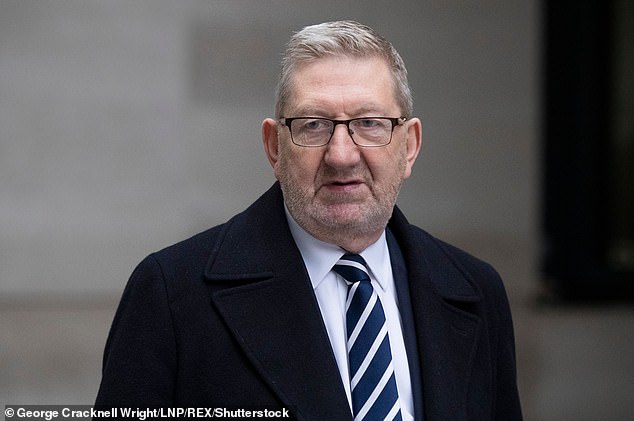 Unite boss Len McCluskey, pictured above, warned that the Labour party’s membership still stands behind the more radical policies developed under Jeremy Corbyn’s leadership, and that Starmer would have no chance of becoming Prime Minister without the left