Damien Hammond, 29, screamed "I will kill today" as he was sentenced for carrying out a three-month crime spree while impersonating the Batman villain — just miles from the real Gotham. 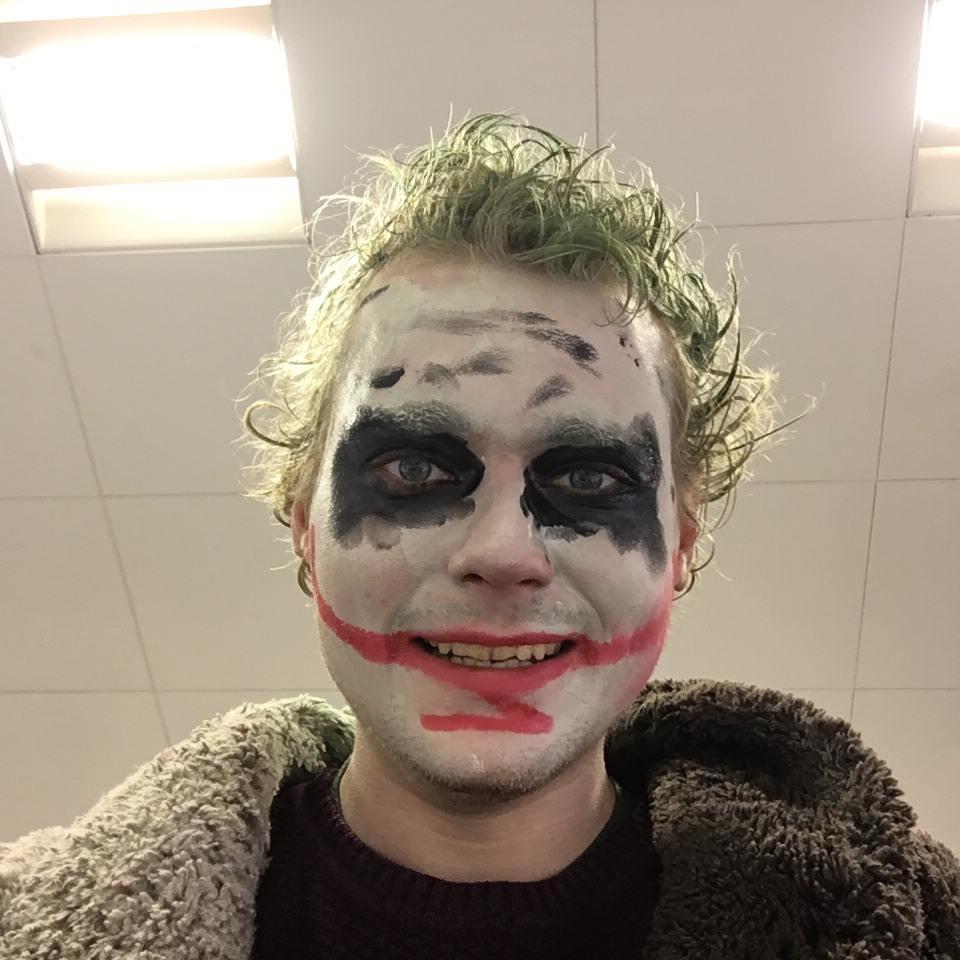 The jobless thug appeared in his mugshot wearing a distinctive purple jacket, green shirt and makeup to copy the comic book baddie.

He admitted a string of charges including criminal damage, obstructing a police officer, and possessing cannabis.

A court heard he also waved a gun-shaped cigarette lighter while standing among traffic. 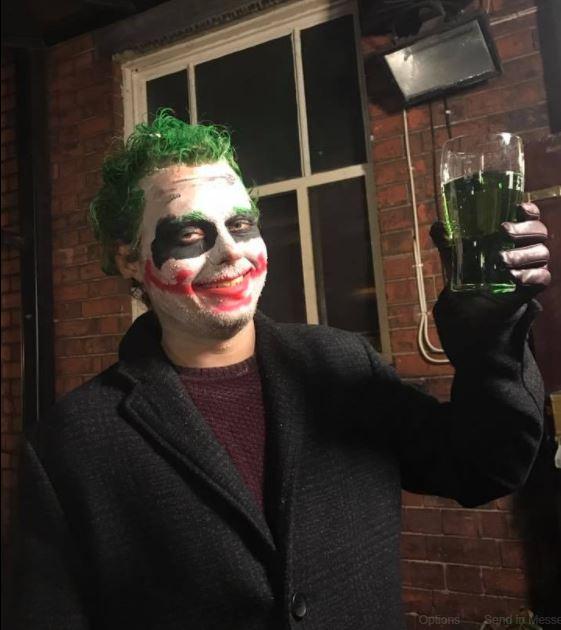 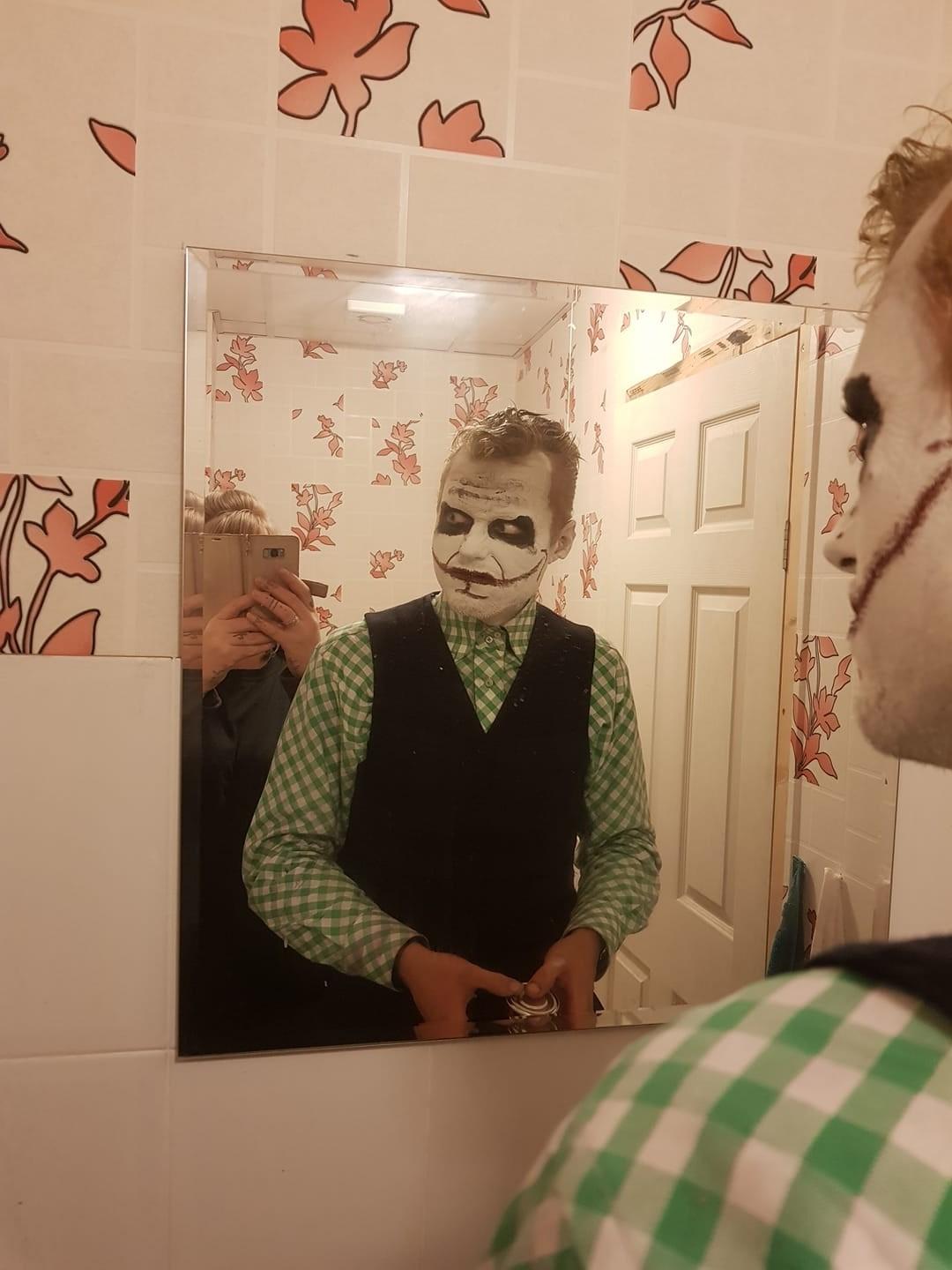 It comes as the "killer clown" menace continues to sweep the UK in the run up to Halloween — for the third year in a row.

Yobs dressing as terrifying clowns in homage to the character Pennywise from the Stephen King horror It are terrifying the public — often wielding bats and chasing them.

Yesterday Hammond, of no fixed address, was jailed for 22 weeks at Nottingham Magistrates' Court.

On hearing his sentence, Hammond, who appeared in court with bright green hair, screamed: "Send me to prison, I don't care."

August 23: Disorderly conduct toward a police officer in South Parade. 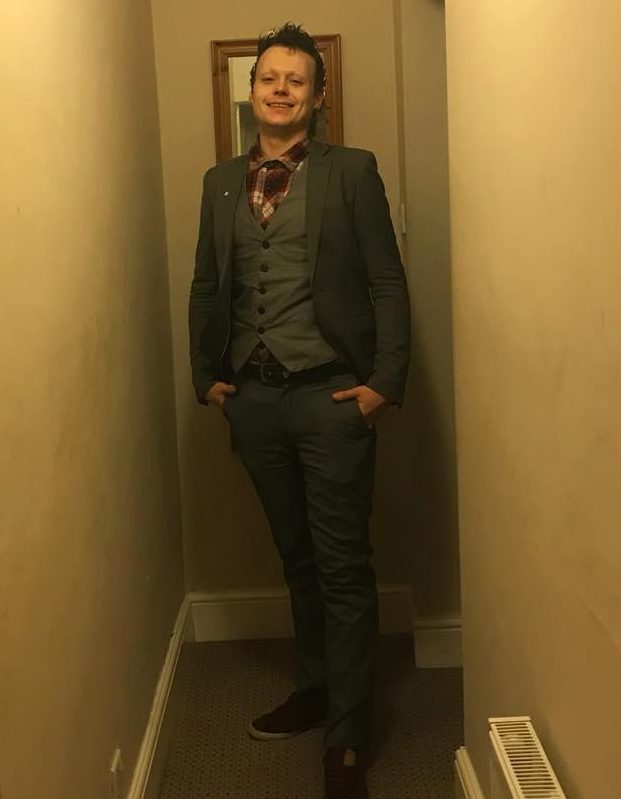 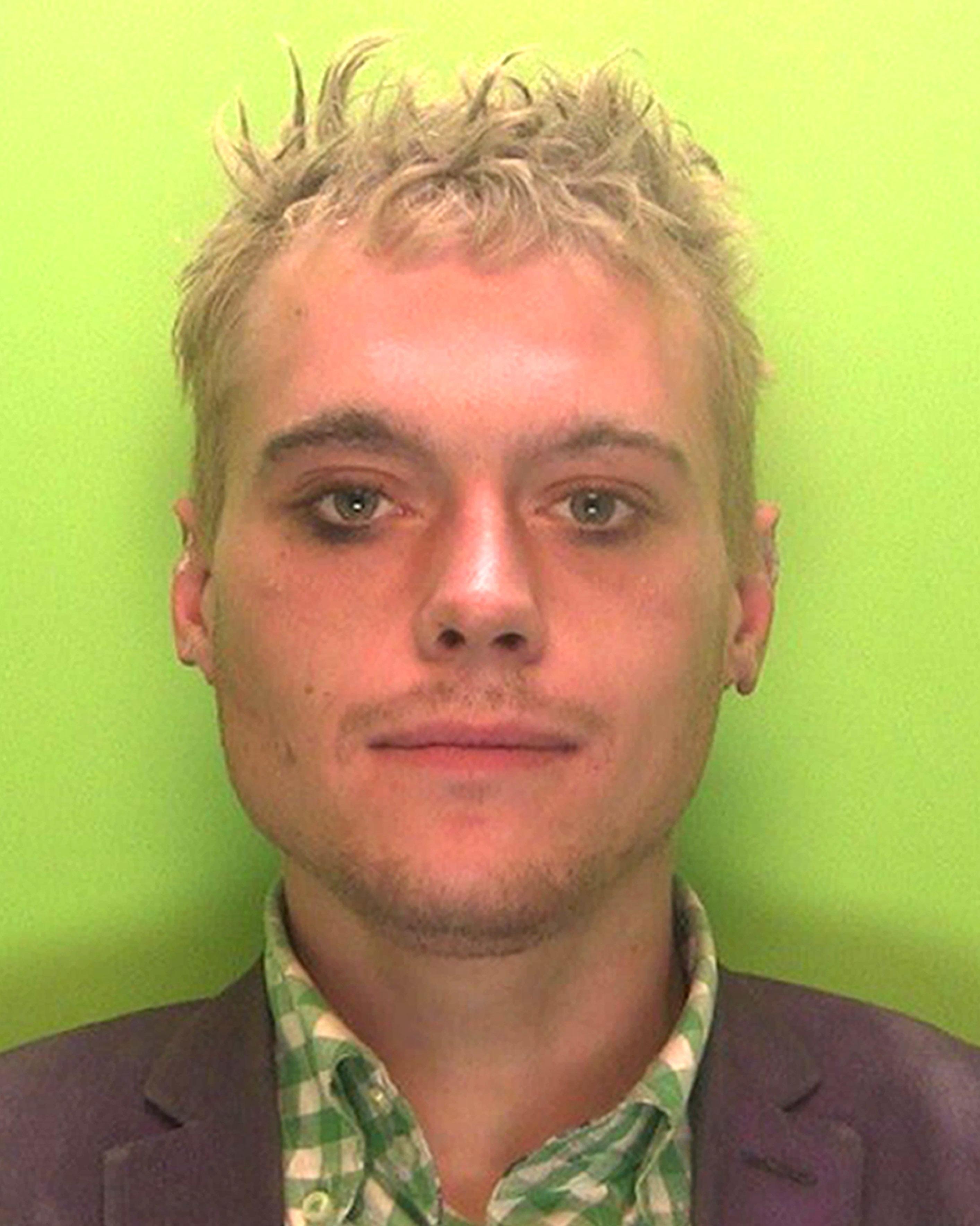 As he was led to the cells he shouted at JPs: "See what you have done, I will kill today!"

His offences took place between March and April — just six miles away from the village of Gotham, in Notts.

Hammond, who is well known around Nottingham for his obsession with Batman and The Joker, was also banned from the city centre for three years.

The court heard Hammond started his crime wave after he was given a 21-week prison sentence, suspended for 12 months, on April 17. 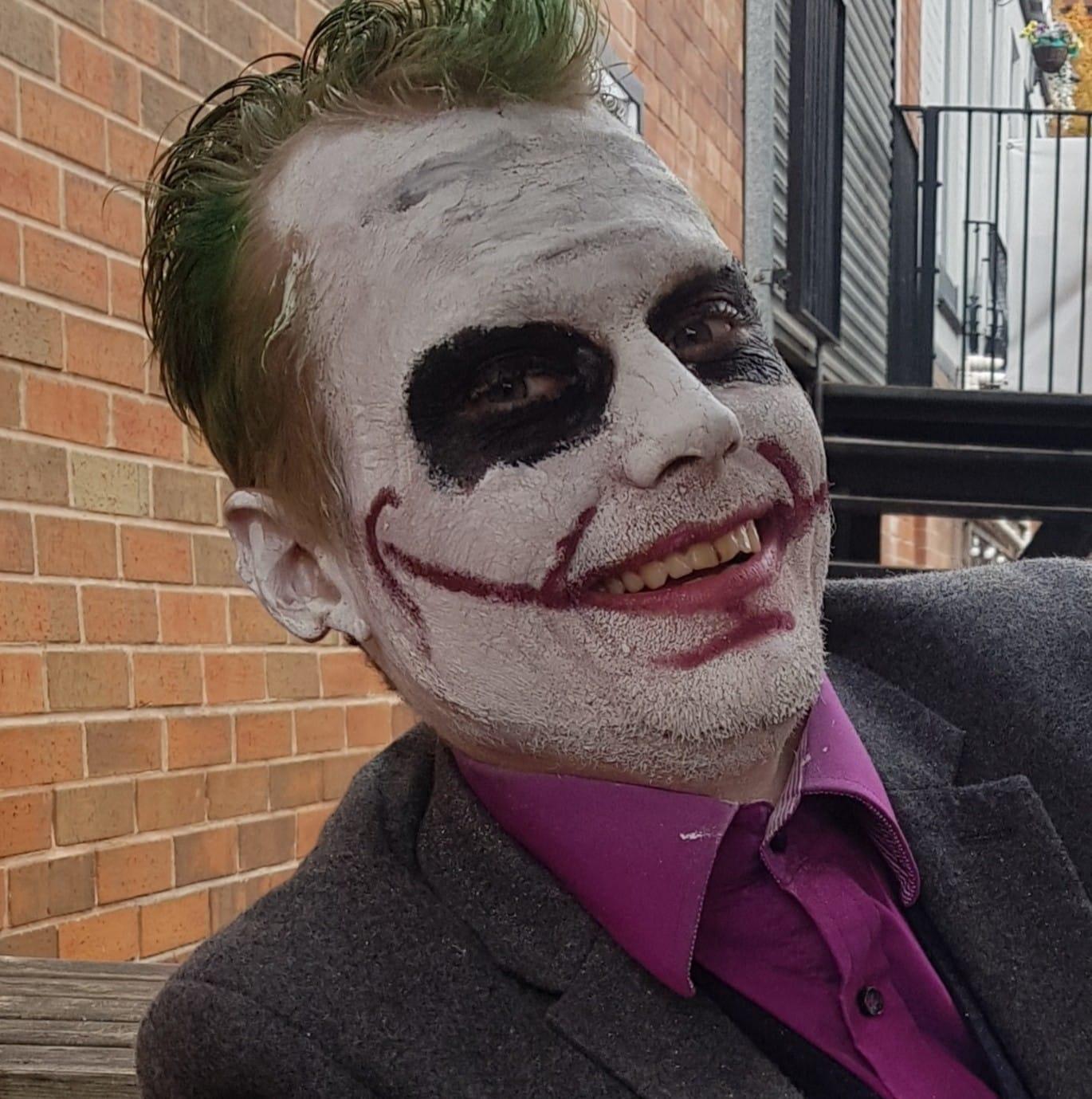 He was spared jail on that occasion after admitting theft, possession of an offensive weapon and indecent exposure.

The court also heard that whilst wearing clothes and makeup to look like The Joker had a "sinister, aggravating effect" on his victims. 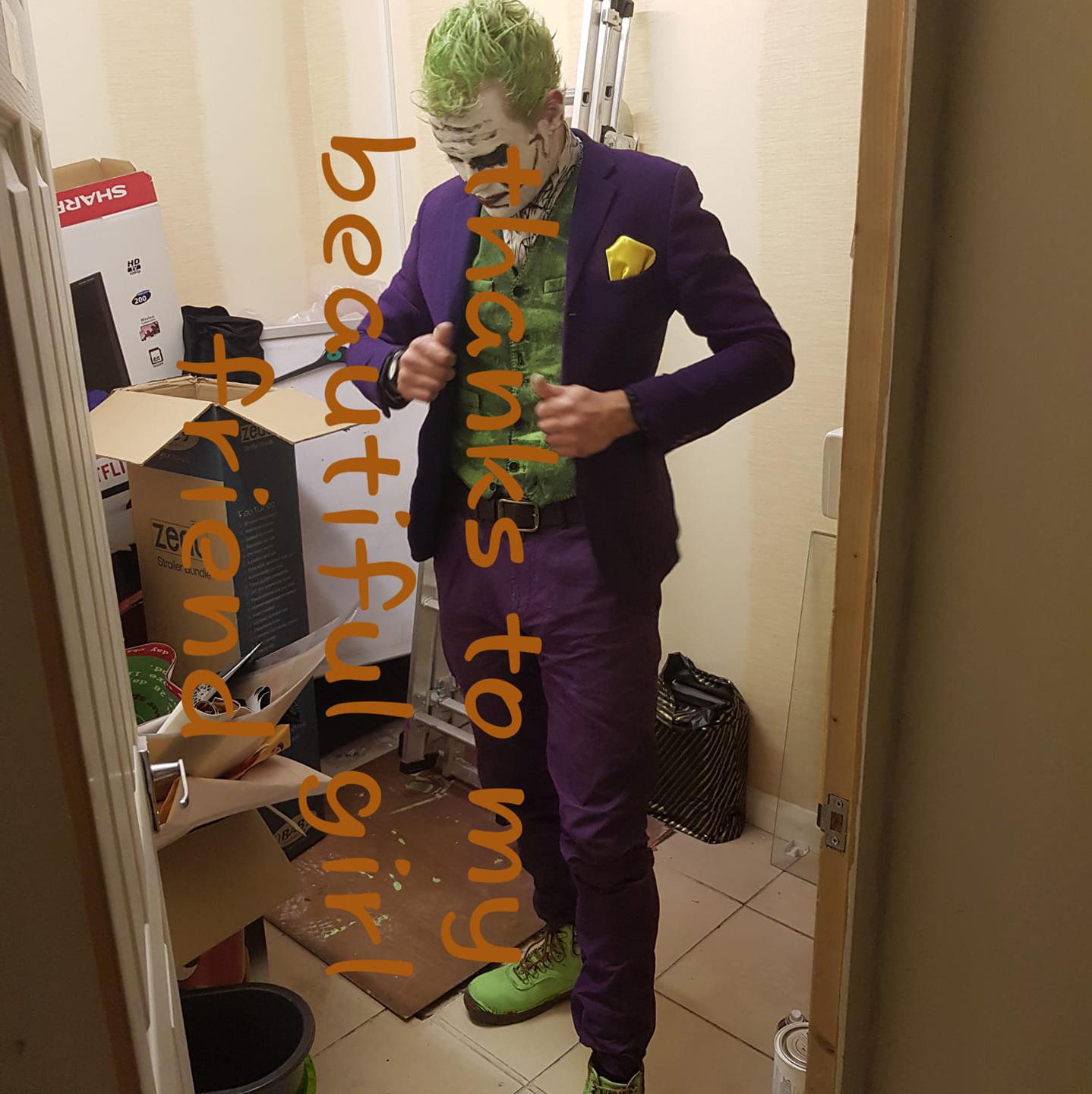 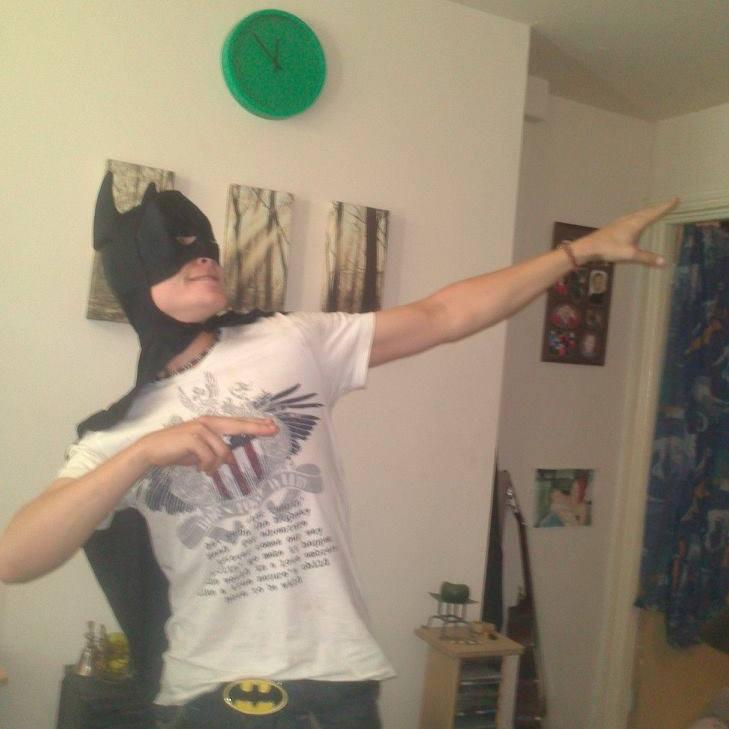 In a report to the court, Community Protection Enforcement Officer Jeff Surgay said: "The defendant's criminal conduct involving intimidating retail staff and disorderly conduct towards police officers, in one case striking an officer to the forehead whilst obstructing a drugs search, has been conducted over a prolonged period of time.

"That, together with him altering his appearance to resemble 'The Joker' appears to be calculated to induce fear into members of the public and retail staff in the city centre.

"His actions had the capacity to endanger retail staff and other innocent parties nearby.

"It's clear that action needed to be taken to prevent his continued criminal and anti-social behaviour."

Insp Anwaar Ahmed, of Nottinghamshire Police, said: "Hammond has been a persistent offender in the city centre and his behaviour has not only caused distress to shop workers and members of the public but has also escalated to him being disorderly and obstructive toward police officers.

"Despite being offered support from partner agencies and previously being given a second chance by the court his offending continued.

"It is very rare for someone to be banned from the entire city centre but when necessary we and our partner agencies will take all steps available to us to prevent this kind of behaviour."