Late last night Labour bigwigs set out a new policy which could see the party supporting a fresh referendum if Theresa May refuses to call a General Election. 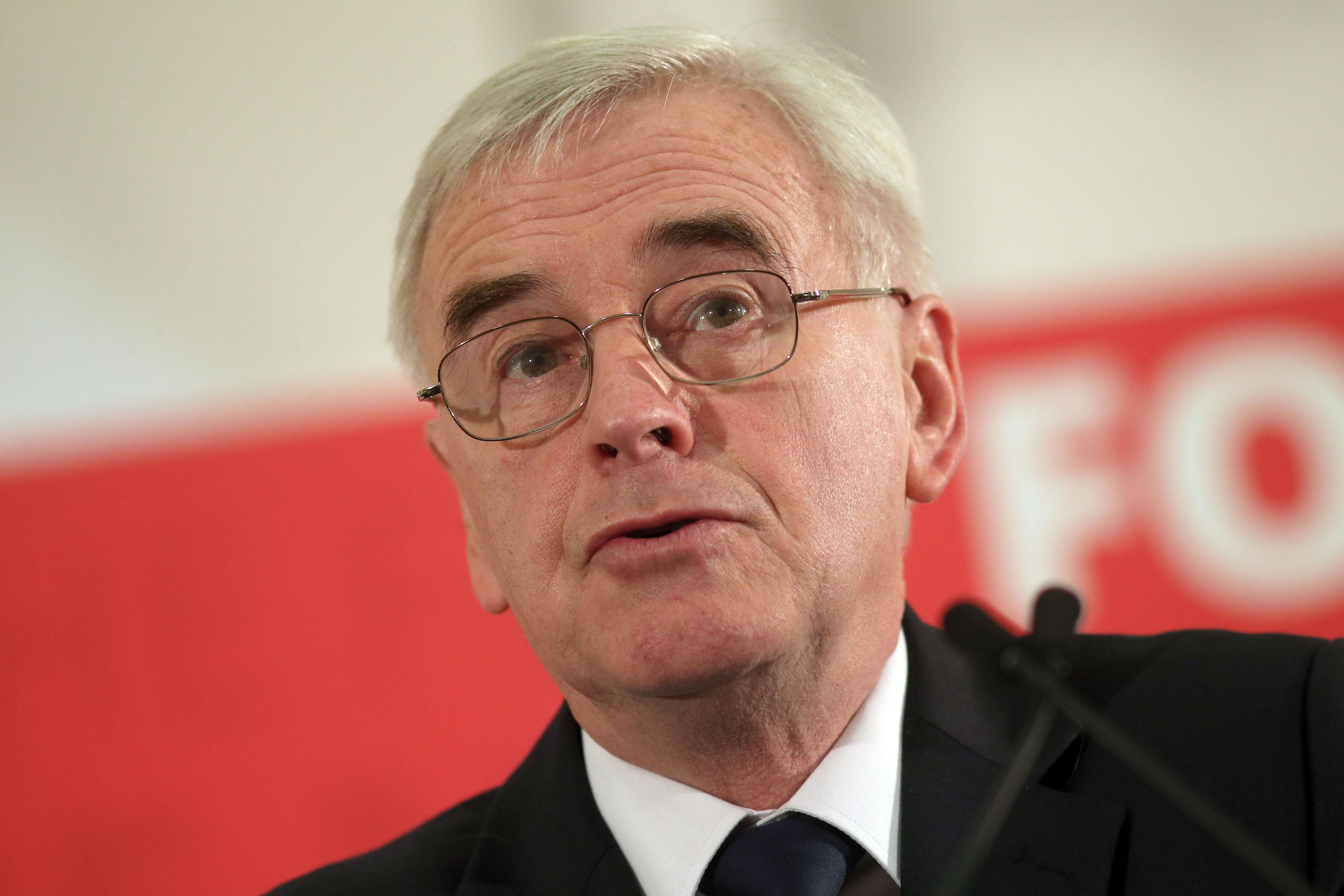 The motion, which members will vote on tomorrow at the party conference in Liverpool, says: “Labour must support all options remaining on the table, including campaigning for a public vote.”

But the policy was blown apart just hours later when Shadow Chancellor John McDonnell suggested the second referendum WOULDN’T include an option to remain in the EU.

Pro-Remain MPs blasted the top Corbynista for his "farcical" claim that the public should have a choice between Theresa May's trade deal and a No Deal scenario.

Speaking on the BBC’s Today programme, the hard-left veteran said: “We’ve said we want a people’s vote if we can’t get a General Election. 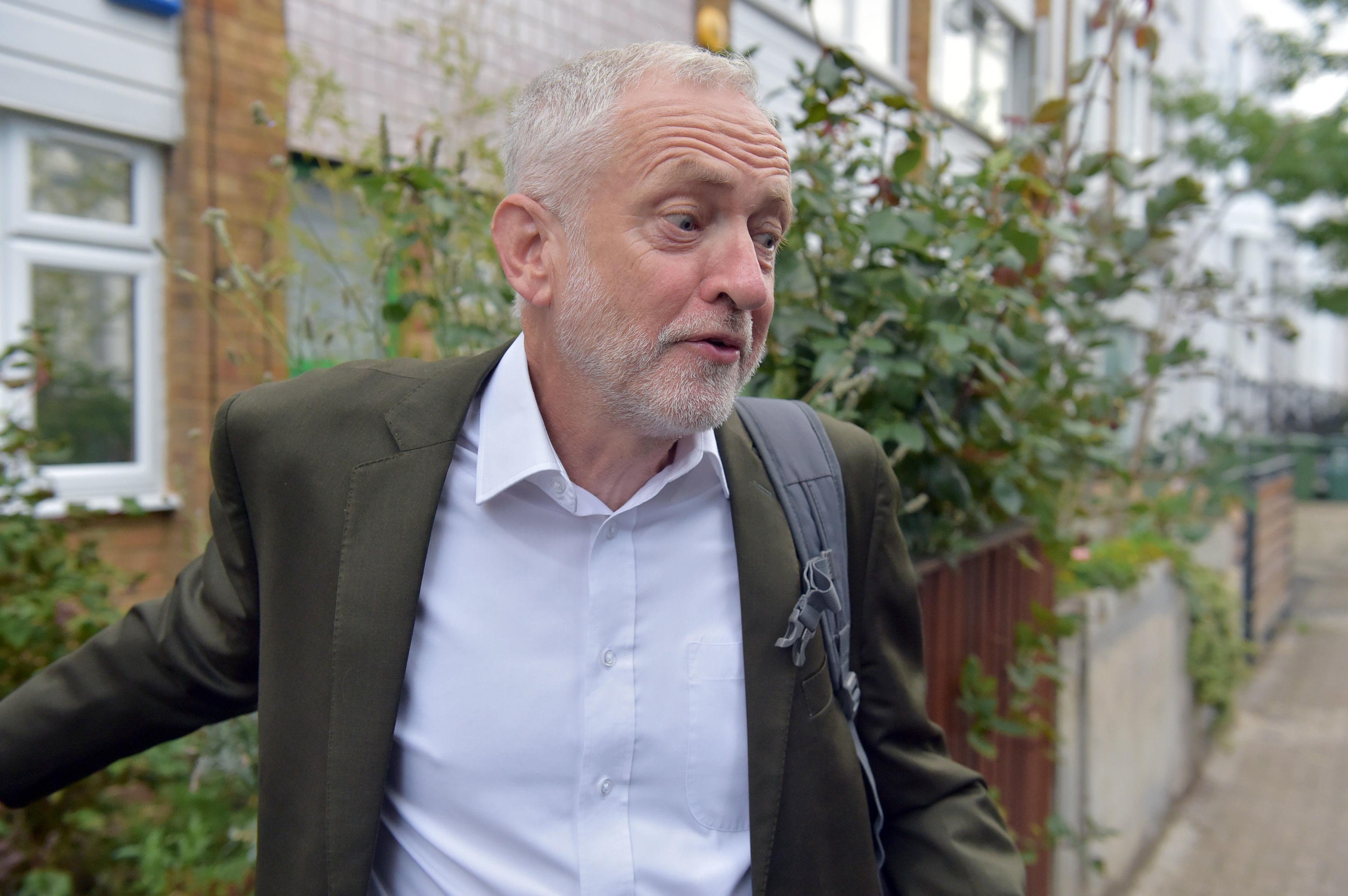 “We accept the last referendum – we want a General Election, if we can’t get that we want some form of democratic option.”

Asked what form a second referendum would take, Mr McDonnell said: “It will be on the deal itself. We will respect the referendum.”

Speaking to ITV's Good Morning Britain, he added: "It will be about whether you accept the deal or not or whether you send people back to negotiate a proper deal."

And he told BBC Radio 5 Live: "My big worry is that if we go for a referendum which is seen as just a simple re-run we could divide the country again, we could get almost the same result or if it's slightly different that people demand another referendum."

The Shadow Chancellor’s comments sparked further unrest from Labour MPs and activists who are keen to overturn Brexit altogether.

Tottenham MP David Lammy blasted: "Dozens of motions were submitted to #Lab18, thousands have marched on the streets, and millions more have called for a #PeoplesVote.

"They did not do this to be offered a farcical referendum on No Deal or a Bad Deal. It absolutely must include the right to remain in the EU."

Chris Leslie added: "Labour supporters overwhelmingly want a #PeoplesVote. This is not a time for ifs and buts and caveats. Let’s get on with it."

And Lib Dem MP Tom Brake said: "It beggars belief that McDonnell and co are spending so much time trying to trick and stitch up their own conference, rather than campaigning for an exit from Brexit to protect jobs and services in the UK.

“The only choice a ‘deal or no deal’ vote gives people is which foot to point the gun at."

A poll carried out shortly before Labour conference found that an overwhelming majority of party members support a second referendum which could keep Britain in the EU.

Both Mr Corbyn and his deputy Tom Watson have said they would accept the verdict of members if they voted to back a re-run of the 2016 vote.

Labour's twists and turns over Brexit

LABOUR has repeatedly changed its position on Brexit in a bid to avoid alienating any of the party’s warring factions.

The party backed Remain during the 2016 referendum, but the day after the vote Jeremy Corbyn called on the Government to trigger the Article 50 process immediately.

In last year’s election, Labour suggested they wanted to quit the EU customs union and single market – in an echo of the Tories’ policy.

But in the year since the party has taken a much softer line and is now officially in favour of staying IN the customs union.

Many backbench MPs and grassroots activists want Labour to go even further and come out in support of a second referendum.

The fudge announced today is an attempt to keep both sides happy – by saying the party is likely to back a new Brexit referendum, but it wouldn’t include an option to stay in the EU.

The party’s dilemma is that last year it picked up millions of votes from young Remainers who have turned against the Tories because of Brexit.

But if Labour take an overly pro-EU line they risk alienating older working-class voters who have backed the party all their lives but voted for Brexit in 2016.

Travis Scott death hoax: The rapper was not found dead at home

Hugh Grant Reveals Lead Role Offers Dried Up After He Developed a “Bad Attitude”
We and our partners use cookies on this site to improve our service, perform analytics, personalize advertising, measure advertising performance, and remember website preferences.Ok