Landslide near Big Sur washes section of Highway One away

Drone footage has captured a massive landslide that washed away a significant portion of California’s Highway One near Big Sur.

A large chunk of the road in Monterey County, about 15 miles south of the famous beach destination, collapsed on Thursday and Friday following heavy rains.

No one was injured as highway officials had closed the road in anticipation of mud slides that the area is prone to during bad weather and as a result of the Atmospheric River.

The road is closed indefinitely whilst highway engineers assess the damage and how to start repairs.

A massive section of Highway 1 in Big Sur California collapsed and washed away into the ocean Friday January 29, 2021 when the cliffside below gave way amid torrential rains and wind brought on by the Atmospheric River 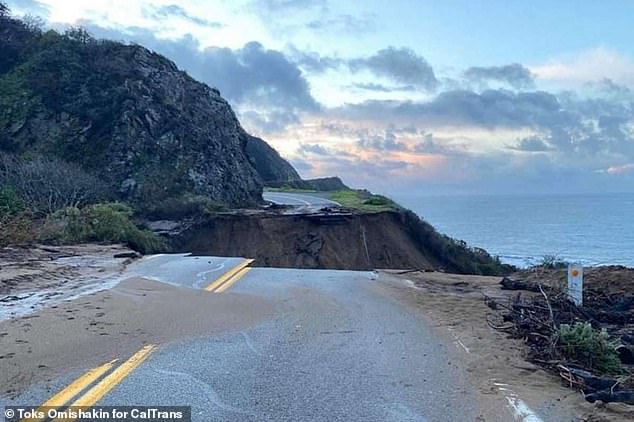 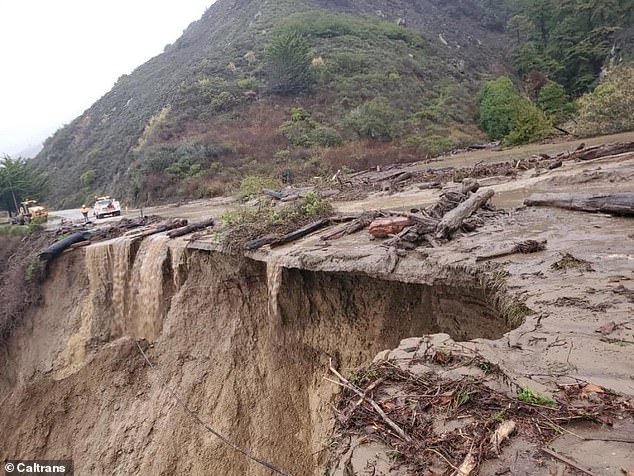 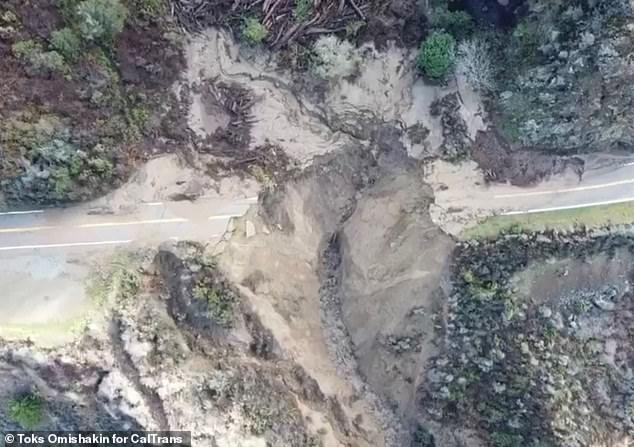 Shocking drone footage showed the devastation of the mudslide 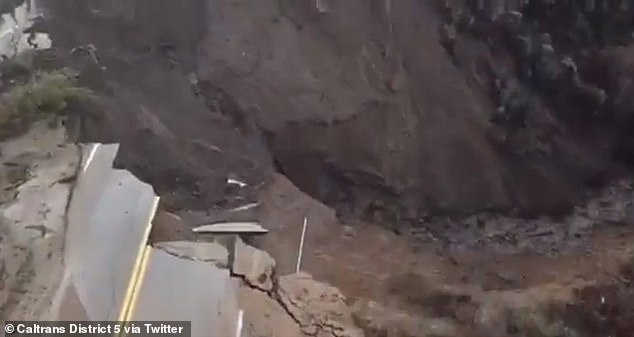 The footage captures how the road crumbled away, leaving jagged parts of the tarmac and highway markings still visible, hanging over the crater 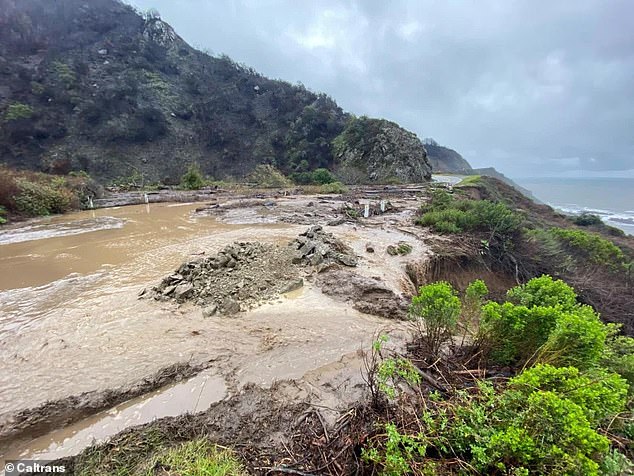 John Yerace, California Highway Patrol officer, said: ‘Yesterday (Thursday) around 4 pm I was in the area, when I noticed this section of roadway, specifically the southbound lane, had fallen off into the ocean. I stayed in the area until I was relieved last evening. Around 6 p.m the roadway still consisted of a northbound lane. Some time overnight, prior to 6:30am in the morning, we responded back to the scene with the assistance of Caltrans access and realized that the roadway is now gone.’

The highway patrol posted photos of the mudslide to social media and encouraged Californians to avoid the area, as conditions were still dangerous.

The area is prone to big mud slides in bad weather.

In 2017 the biggest landslide Big Sur had ever seen cut 30-miles of coastline off for nearly a year and made the area accessible only by helicopter.

The road near the aptly named Mud Creek in Monterey County collapsed into the ocean and took up to a year to repair and reopen.

The incident on May 20 meant it lost a quarter of a mile of Highway One to a terrifying torrent of rock and dirt.

But the area also gained a massive 13 acres of coastline – the equivalent of ten football fields, comprising an estimated 71 million cubic feet of collapsed earth – the US Geological Survey (USGS) revealed at the time. 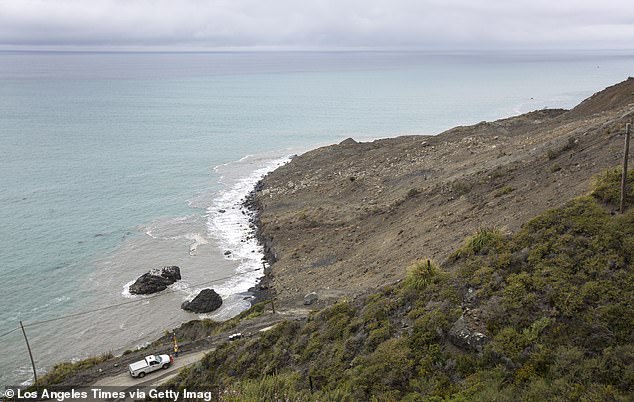 In 2017 a mudslide in Big Sur at the aptly named Mud Creek cut off the road north of Ragged Point in Monterey County. Pictured is the aftermath on May 25, 2017 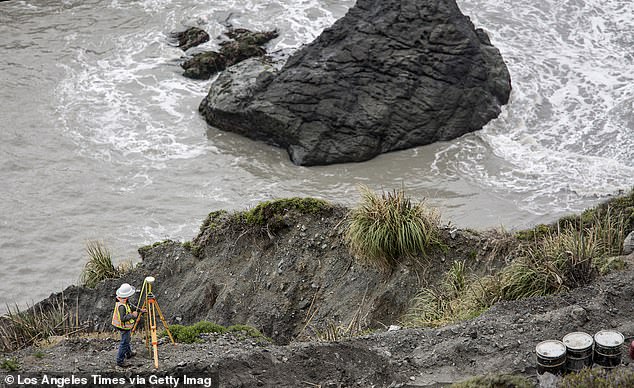 Caltrans contractors set up lidar units to monitor ground movement along Highway 1 where a landslide cut off the road north of Ragged Point in Monterey County in Big Sur, Calif., on May 25, 2017

Scientists were astonished that it was created at all, because the US usually loses coastline rather than gaining it.

‘To witness the change of the coast in a constructional way – it’s such a unique event,’ landslide expert Kevin Schmidt of USGS in Menlo Park told the East Bay Times.

‘Typically we are losing the battle to wave action,’ said Schmidt, who wasn’t involved in the USGS project. It has been a number of decades since something this large increased our land mass.’

In August 2018, just a month after the section of the road reopened, several cracks in the pavement measuring a foot or even more were reported along the coastal road.

The slide had taken 14 months to clear and $54 million of highway funds were required to make the road passable again.

Big Sur sits just south of Monterrey, where the Santa Lucia Mountains rise dramatically out of the Pacific Ocean.

In 1986 The New York Times called it the ‘longest and most scenic stretch of undeveloped coastline in the country…a national treasure that demands extraordinary procedures to protect it from development’ and ‘one of the most beautiful coastlines anywhere in the world, an isolated stretch of road, mythic in reputation’.

The region serves as the stunning back drop to the HBC show Big Little Lies, starring Reese Witherspoon and Nicole Kidman, with its famous Bixby Bridge in the opening credits.

In 2019 tourists who flooded the area to take selfies on the bridge and beaches were shamed by a banner on the bridge that claimed: ‘Overtourism is killing Big Sur’.

An Instagram account under the handle ‘Big Sur Hates You’ cropped up and began publicly shaming tourists infiltrating the community of fewer than 2,000 year-round residents.