About 30 passengers who arrived in Melbourne from Brisbane after the city was declared a “red zone” will be quarantined at the hotel that was the epicentre of Victoria’s last COVID-19 outbreak.

Health authorities confirmed on Tuesday that the Holiday Inn at Melbourne Airport would be reopened after work on the hotel’s ventilation system was completed. 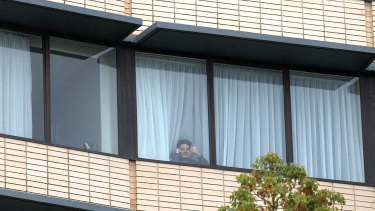 The hotel will host people who missed the 6pm deadline when the Queensland capital was designated a red zone on Monday evening. They will be quarantined for 14 days and will be tested twice.

A spokesperson for COVID-19 Quarantine Victoria said the hotel would accommodate red zone Brisbane arrivals as required and other community members who were required to undergo a mandatory quarantine.

“The hotel has undergone a ventilation assessment, with minor remedial completed this week. The hotel has been approved by the [Chief Health Officer] to resume quarantine activities,” they said.

Victoria’s last outbreak began at the Holiday Inn when 24 people became infected, the quarantine program at the hotel was shut down and the state was plunged into a snap, five-day lockdown.

People travelling to Melbourne from Brisbane could have quarantined at home when the local government areas in the city were still orange.