"COVID tongue" has been identified as a symptom of the disease by doctors tracking the outbreak.

A photo has been revealed by Professor Tim Spector showing the gruesome side effect of the virus. 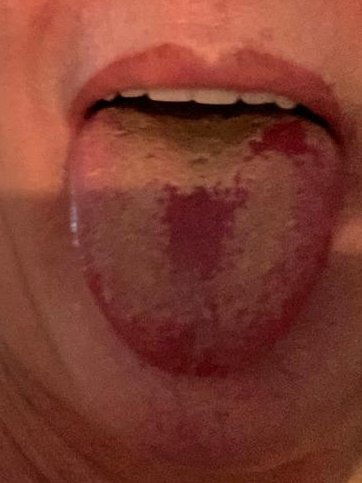 He wrote on Twitter: "One in five people with Covid still present with less common symptoms that don't get on the official PHE [Public Health England] list – such as skin rashes.

Gabriel Scally, a public health physician and president of epidemiology and public health at Royal Society of Medicine, told The Sun: "Symptoms in the mouth have been described for some time in association with Covid-19.

"It is such a problematic virus to treat as it produces effects in such a wide range of body systems."

The symptom shown in the photo was not described in medical terms by Prof Spector.

Prof Scally said: "The medical name for an acute swelling of the tongue that occurs as part of a syndrome is 'glossitis'.

"It can also involve discolouration and can also be known, more popularly than medically, as 'strawberry tongue' or 'raspberry tongue' in these cases.

"It can occur in a wide range of conditions."

Certain diseases that affect the immune system may attack the tongue, including herpes.

Changes in the tongue, including pain, discolouration, swelling or a strange texture, are sometimes the result of an underlying condition.

But it can also be the result of poor mouth hygiene, smoking or an unhealthy diet.

A white or "furry" tongue is often caused by coating of debris, bacteria and dead cells.

But it could be a sign of a health condition, for example oral thrush, and the NHS advises seeing a GP about it.

Mouth ulcers are very common and can be caused by a range of things, including hot food or drink, medicines, stress, hormonal changes or vitamin deficiencies.

What are the strange symptoms of Covid?

Prof Spector warned his followers: "If you have a strange symptom or even just headache and fatigue stay at home!"

The Covid Symptom Study app, developed by ZOE and used by KCL for research, is a phone app used by millions of people in the UK.

It helps the researchers identify symptoms that are common in people who have a positive Covid test result, as well as track the size of the outbreak.

KCL have discovered a handful of symptoms that are not on the official NHS list – some of which are rare.

The team have claimed that one in five people (21 per cent) with a positive test result have a skin rash.

One of the strangest skin changes has been dubbed "Covid toes".

Patients have suffered reddish and purplish bumps on the fingers or toes, which may be sore but not usually itchy.

What are some unusual signs of Covid?

Here are some of the more unusual signs of Covid-19:

According to the data, rashes may appear before, during or after the presence of other Covid symptoms and sometimes many weeks later.

NHS England states if you experience a new persistent cough, a high temperature or a loss of taste or smell then you should get a test and isolate.

Prof Spector campaigned for "loss of taste and smell" to be added to the NHS symptoms list for several weeks because it was so common.

It was finally added in May. But Prof Spector said thousands of cases of the virus would have already been missed as a result.

The World Health Organisation (WHO) lists aches and pains, sore throat, diarrhoea, conjunctivitis, headache, loss of taste or smell, a rash on skin and discolouration of fingers or toes as less common symptoms of coronavirus.