London: Taxpayers will shield the British royal family from a multimillion pound financial hit caused by the coronavirus pandemic which also threatens to derail a major renovation of Buckingham Palace.

The Queen usually receives an annual payment of about £85 million ($154 million) to help cover the cost of travel, hospitality, staff and building maintenance under an agreement struck with the government in 2012. 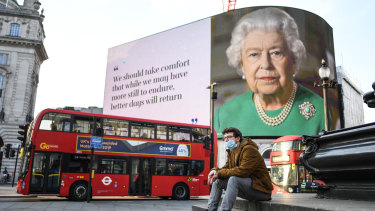 The coronavirus pandemic threatens to erode the profits of a vast property empire which helps pay for the Queen and the royal family.Credit:Getty Images

However a deep recession is forecast to hit the Crown Estate, a vast commercial property empire owned by the monarchy and managed independently as the primary source of income for the royal family's yearly cheque.

It is run by Australian businessman Dan Labbad, who took over in December last year after a stint running the Europe arm of construction giant Lendlease.

The Queen's annual payment is worth 25 per cent of the Crown Estate's profits. The other 75 per cent goes to Treasury.

The estate made a record profit of £345 million in the financial year before COVID-19 struck. 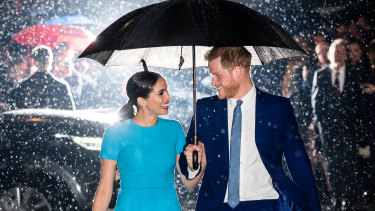 Prince Harry and Meghan are living in the United States following their effective separation from the royal family. Credit:Getty

Meghan told a documentary crew covering the tour the past year as a member of the royal family had been "hard".

Harry also revealed he and Prince William were on "different paths" and have "good days" and "bad days."

A trip by Prince Charles to Oman to pay his respects following the death of Sultan Qaboos bin Said cost £210,345.