Broadcaster Michael Grade has revealed his scheduling masterstroke of moving Aussie soap Neighbours from lunchtime to tea-time was entirely down to his teenage daughter Alison.

Former BBC1 Controller Michael, 78, now Lord Grade, said that after buying the Melbourne-set show for daytime viewing in 1986, his decision to move it massively boosting its ratings to a peak of 18m viewers — had nothing to do with conventional audience research.

‘My daughter told me she’d been in trouble at school,’ he told Esther Rantzen on her That’s After Life podcast, produced by Captive Minds. 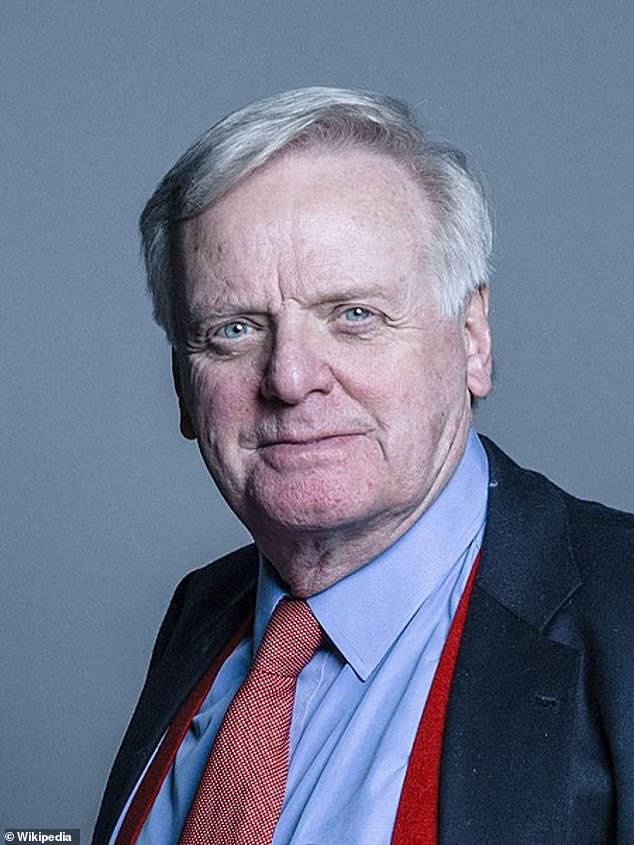 Broadcaster Michael Grade, pictured above, has revealed his scheduling masterstroke of moving Aussie soap Neighbours from lunchtime to tea-time was entirely down to his teenage daughter Alison

‘She said ‘we were caught watching television in the lunch break.’

‘Ever the scheduler, I said ‘What were you watching?’ She said a thing called Neighbours.

‘Christ, I thought, we’ve got it in the wrong place. I rushed back to the office the next day. ‘We’ve gotta move Neighbours, to when the kids get home, at five o’clock!’

‘So we moved it and the rest is history. We had no idea that it was going to be the hit that it was it was really down to my daughter getting into trouble at school, never mind about audience research and a whole department doing all the work.

Lord Grade also admitted he’d never heard of Bob Geldof when the punk rock singer phoned his office one day in 1985 with his Live Aid idea.

‘She said, ‘the Boomtown Rats’ and I said ‘What, some pop group or other?’

‘And there was something in his voice, about the way he approached me, that was super intelligent, and urgent and from that to Wembley wasn’t a difficult decision.

Grade, who soon became a trustee of Live Aid, recalled ‘We’d be sitting in the early trustee meetings and his PA would come in and say ‘Bob, President Mitterrand is on the phone’

‘President Mitterrand’s back on the line..

‘Every leader of the world wanted to have their picture taken with Bob Geldof. And he was brilliant at leveraging that and getting what he wanted. He was absolutely fearless with these people.’

Grade, who was a talent impresario before becoming Channel Four chief executive and then Chairman of the BBC, said he had more than his share of divas to contend with, but none bigger than Judy Garland, while working for his uncle, Bernard Delfont at London’s The Talk of the Town nightspot in the late 1960s.

‘We brought Judy Garland over for her last professional appearance, though we didn’t know that at the time. And that was a nightly nightmare. She was out of control, really.

‘She was sold out for six weeks, and she came over but had no music, ex-husband had impounded her music.

‘So we had every arranger and copyist in London working 24/7 for three days to recreate the manuscripts from her Judy at Carnegie Hall album.

‘By the skin of our teeth, we got her on, on Monday night. The problem was every night she went on later and later and later. And people were coming from miles around to see her, and missing trains. And she didn’t get on till midnight or after 11.’

‘I was deputed to go and try and explain to her that she was short-changing her fans by going on so late. She listened to me. And when I finished my spiel, which I had rehearsed, she put her glass of wine down, looked at me ‘Young man,’ she said, ‘Nobody pays to see Judy Garland go on stage on time. All I have left to sell is drama’. There was no answer to that. 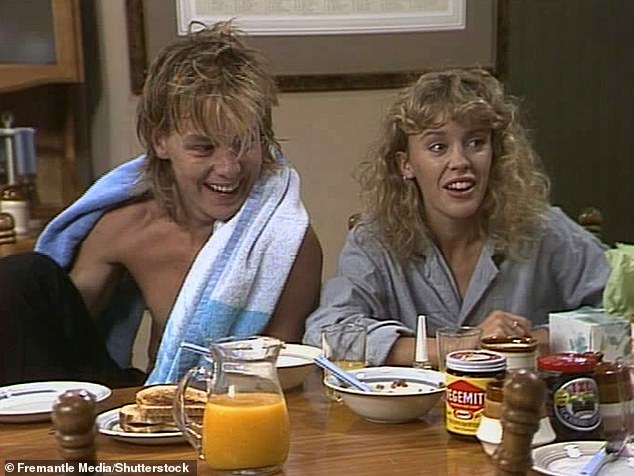 ‘She didn’t use the dressing room… As soon as we knew she left the Ritz we cued the orchestra and she’d come in the stage door, look in the mirror, grab the mic and go on and suddenly a star appeared from this wreck of a woman who was only in her late 40s. It was breathtaking.’

On another occasion, Sir Elton John – renowned for his own diva-like qualities – came to the rescue when Dusty Springfield refused to leave her dressing room at the same nightclub.

She had worn her voice out during a rehearsal, despite Grade’s instructions to save her voice.

‘So, I’m sitting in the stalls with the director Bob Nesbitt,’ he said. ‘We’re looking at our watches and I said, We better go back and see what’s happening — something’s wrong.

‘Bob saw the dress hanging and he picked it up, he said, ‘Come along Dusty darling, put your dress on’.

‘And the first words she spoke were ‘Why don’t you effing put it on?’

‘I said I think we’re in trouble. But Elton’s in the audience, he only needs a piano, let me go and ask him if he’ll busk a few song floors for us to keep the curtain up, which he absolutely did, he was sweet as pie.

‘I took him backstage and we set up a piano. Then… I could see Dusty in full stage gear, ready to go on. She croaked her way through her act, and it was like that every night. But she was great.’