The Louisville Metro Police Department officer who FBI ballistics determined likely fired the fatal shot that killed Breonna Taylor is crowdsourcing funds to buy out the remainder of his service and begin retirement, citing safety risks he and his family face during ongoing protests in the city related to the case.

The family of Detective Myles Cosgrove, who was not indicted on any charges last week but remains on administrative leave from the police department, is using the Christian crowdfunding site “Give Send Go” to “raise enough funds to help him purchase the remainder of his service time, or ‘air-time,’ so that he can retire from the LMPD and continue to focus on the safety of his family, a family that has been put continually at-risk over the past few months.”

“It has recently become clear that it will be impossible for Myles to safely return to his position serving the community with the Louisville Metro Police Department,” the family wrote.

They said Cosgrove, who served in the U.S. Marines and was honorably discharged, “has selflessly served this country and his communities, again and again, for the past 23 years, only to find himself the target of a meticulous campaign of disinformation.”

The page described a “perpetual, nightmarish reality for Myles and his family,” who have been doxed, harassed, and received “countless” threats that grow “more legitimate and scarier” every day. It blamed the media, which “intentionally leaves out important details with regards to this specific case,” and therefore, “lied by omission on many occasions.” The page added that “blatant lies” on social media have become even more widespread and have destroyed Cosgrove’s reputation.

COP SHOT FOLLOWING BREONNA TAYLOR ANNOUNCEMENT RETURNS TO WORK, SAYS 'ALL OF US ARE IN THIS TOGETHER' 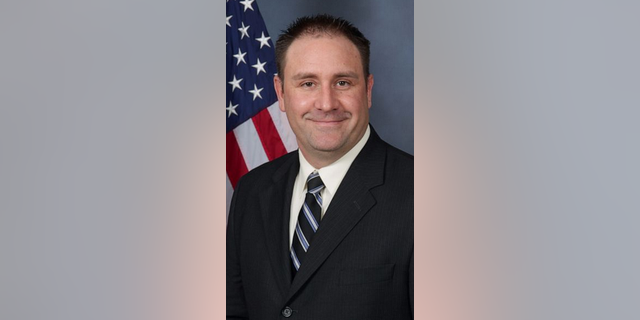 Louisville Metro Police Detective Myles Cosgrove, who was not indicted in the Breonna Taylor case despite likely firing the shot that killed her, has been doxed and receives daily threats amid ongoing protests in the city.

Louisville erupted in demonstrations last week when a Jefferson County grand jury announced only one of the three officers involved in the March 13 police raid would be criminally indicted.

Former Detective Brett Hankison, who was fired from the department in June, was charged with three counts of wanton endangerment for shots fired into a neighboring apartment, but not in connection with Taylor’s death. He pleaded not guilty on Monday.

Kentucky Attorney General Daniel Cameron said this week his office did not recommend to the grand jury any criminal charges be brought against Cosgrove or Sgt. Johnathan Mattingly because they were fired upon first by Taylor’s boyfriend, Kenneth Walker, and were therefore justified in their deadly use of force. Mattingly underwent surgery after Walker shot him in the leg.

Last week, two other Louisville Metro Police officers were wounded in a shooting that broke out on the first night of demonstrations after the grand jury decision was announced.

An anonymous grand juror filed a motion earlier this week to have transcripts and a recording of the grand jury proceedings made public, breaking the precedent in keeping those deliberations secret. Cameron’s office said it plans to comply with the order but needed more time to redact the names of witnesses in the over 20-hour long audio recording.