London: France will construct a series of large nuclear power plants for the first time in decades, as the nuclear powerhouse seeks to neutralise carbon emissions by 2050 and reduce its reliance on unreliable gas imports.

The announcement, made by French President Emmanuel Macron in a televised address to the nation just five months out from national elections, will revive debate in Europe over the role of nuclear technology in combating climate change but also carries the risk of huge cost blowouts and construction delays. 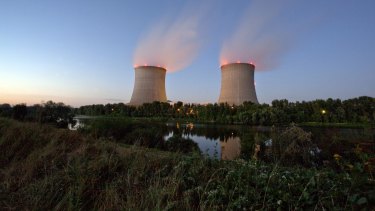 Vapor rises from cooling towers at the Saint-Laurent-des-Eaux nuclear power plant in France.Credit:Bloomberg

More than 70 per cent of the country’s electricity generation comes from its 56 reactors, although Macron had promised early in his term to lower nuclear contribution to 50 per cent by 2035.

But in a shift, the French President on Tuesday night, Paris time (Wednesday morning AEDT) said the country would rededicate itself to atomic power.

“To guarantee France’s energy independence, to guarantee our country’s electricity supply, and to reach our goals – notably carbon neutrality in 2050 – we will for the first time in decades revive the construction of nuclear reactors in our country, and continue to develop renewable energy,” Macron said.

He did not give details but the comments were seen as a reference to the expected green-lighting of as many as 14 next-generation nuclear plants proposed by grid operator RTE.

Macron made the announcement against the background of the COP26 climate summit in Glasgow, where new forms of electricity generation have been identified as a key issue in the fight against climate change, and an energy crisis in Europe triggered by falling gas supplies and an unusually calm summer and autumn which has affected the output of wind turbines. 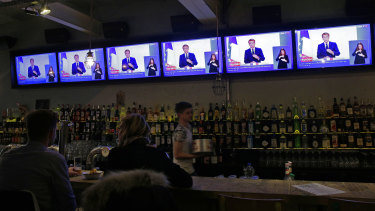 While confidence in nuclear took a hit in France following the 2011 Fukushima disaster in Japan, it is still a relatively uncontroversial technology compared to other countries such as Australia, where some Coalition MPs are pushing Prime Minister Scott Morrison to explore its feasibility.

Macron sought to tie the new nuclear push to French innovation and national pride – key themes for the President as he enters a tough presidential election campaign in 2022.

His position is in stark contrast to Germany, where nuclear power is on course to be phased out by next year.

The vast majority of France’s nuclear facilities were built in the 1970s and 1980s. A third reactor is being added to a plant in Flamanville, in the Normandy region, but the project which started in 2007 has been plagued by cost overruns and huge delays.

Greenpeace France energy transition campaigner Nicolas Nace condemned Macron’s latest announcement and pointed to the Flamanville project to claim nuclear power was “too expensive, too slow and too dangerous”.

“Announcing a nuclear revival and the construction of new reactors as the nuclear industry is totally disconnected from reality,” Nace said.

A new nuclear facility being constructed in Somerset, England, has also been hit by delays and cost blowouts.

“This gap widens even further after 2040, so long-term operation of the existing nuclear fleet and a near-doubling of the annual rate of capacity additions are required,” the report said.

“While some of this additional nuclear capacity will not come online until the late 2030s, policy decisions are required now to put nuclear back on track.”

About 20 gigawatts of new nuclear capacity need to be added each year between now and 2050 to achieve carbon neutrality – a rate of construction is comparable with the pre-Fukushima period.