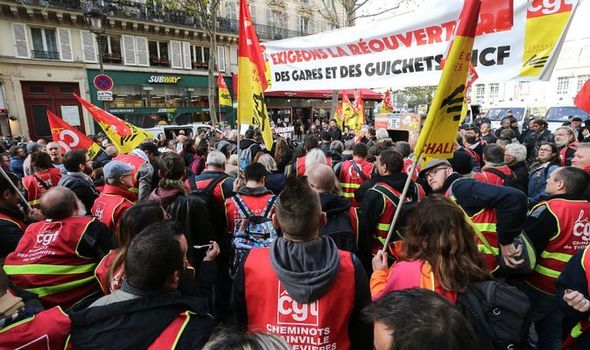 Emmanuel Macron’s plan to merge the country’s 42 separate state-funded pension plans into a single, points-based system has angered unionists, who have vowed to extend their strike action. A large majority of French voters have a negative opinion of Emmanuel Macron’s ability to govern, a poll published on Monday found, as the president scrambles to quell popular discontent over his pension reform plans.

The survey, conducted by pollster Elabe for Les Echos newspaper and Radio Classique, found that just 30 percent of French people think that M Macron is capable of tackling the country’s problems, compared with 65 percent who think the opposite.

The results chimed with a separate poll published on Sunday which also showed that most French voters are dissatisfied with the 41-year-old centrist.

Only 34 percent of those interviewed expressed satisfaction with their young leader. 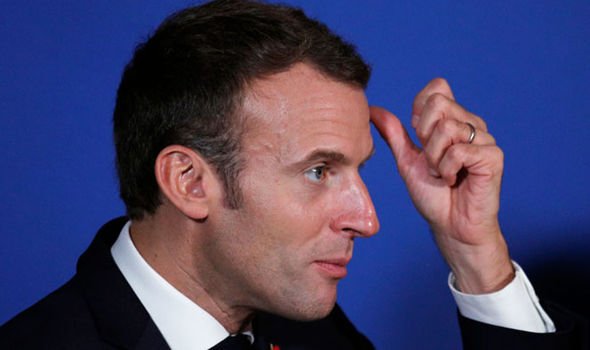 Tensions between the Macron government and unions opposed to upcoming pension reforms reached boiling point over the weekend, as each side blamed the other for the consequences of a bitter row.

The pension reform would merge France’s 42 separate pension plans – including the early retirement schemes covering train drivers, dockers, Paris Opera staff and several other professions – into a universal, points-based system giving every pensioner the same rights for each euro contributed.

The government insists the overhaul is necessary to make the current costly and convoluted system fairer and more sustainable.

But Prime Minister Edouard Philippe particularly angered unions last week by proposing a reduced payout for people who retire at the legal age of 62 instead of a new, so-called “pivot age” of 64.

The unions, which have launched a second week of a crippling transport strikes against the reform, have also announced a third day of mass street protests for Tuesday, which are expected to attract tens of thousands of people nationwide.

However, the prospect of an extended standoff has shops and restaurants fearing big losses during the crunch Christmas period, and travellers worried that they will have to cancel their holiday plans.

M Philippe said on Sunday that the French would resent unions if the transport strike prevented them from being with their loved ones for the holidays.

“Christmas is an important time,” the conservative premier told Le Parisien newspaper, as he urged unions to “assume their responsibilities”.

His warning came as Philippe Martinez, the general secretary of the left CGT union, told the news channel BFMTV that the transport strike could end before Christmas if the government withdrew its reform plan.

“Otherwise, the strikers will decide what they have to do Thursday or Friday,” he said.

M Philippe has refused to give ground on the reform, which he has pledged to see through to the end, but stressed that the government is open to negotiation and that his “door is open” to unions.