Washington: US Major League Baseball announced on Friday (Saturday AEDT) that it will be moving this year’s All-Star Game from Atlanta in response to the recent passage of Georgia’s sweeping voting law, following the calls of other businesses to protect voting access there and in other states.

The league’s decision to pull the game, the biggest prize MLB can award its cities, represents a decisive departure for a league that traditionally has been reluctant to involve itself in what it views as potentially polarising political issues. 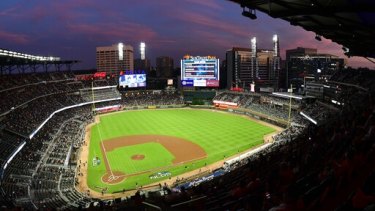 The move follows a week in which executives from more than 170 companies joined the corporate push.

Supporters of the Georgia law say the changes it makes to the state’s voting system are necessary to bolster confidence in elections. Opponents, including many high-profile activist groups, believe it will lead to longer lines, partisan control of elections and more difficult logistics for voters trying to cast their ballots by mail.

They believe the bill’s objective is making voting more difficult for people of colour, something Democrats see as a direct response to the outcome of last November’s presidential and senatorial elections. Led by a large turnout of black voters, who voted overwhelmingly for Joe Biden, the state voted for a Democrat in a presidential race for the first time in nearly two decades and eventually elected two Democrats to the Senate, too.

After trying to avoid taking sides in the political debate, corporations of all varieties have begun finding neutrality impossible, and this week has seen an avalanche of statements from executives, including Coca-Cola CEO James Quincey, who described the bill as “wrong” and “a step backward.”

Friday afternoon, MLB became the next significant entity to take a position.

“Over the last week, we have engaged in thoughtful conversations with Clubs, former and current players, the Players Association, and The Players Alliance, among others, to listen to their views. I have decided that the best way to demonstrate our values as a sport is by relocating this year’s All-Star Game and MLB Draft,” MLB Commissioner Rob Manfred said in a statement.

“Major League Baseball fundamentally supports voting rights for all Americans and opposes restrictions to the ballot box,” he added. 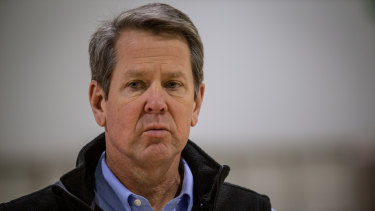 “We proudly used our platform to encourage baseball fans and communities throughout our country to perform their civic duty and actively participate in the voting process. Fair access to voting continues to have our game’s unwavering support.”

Dodgers Manager Dave Roberts, one of two black managers in Major League Baseball, said of the move, “I support it.”

“I’m not completely versed on everything, but my takeaway from the bill was essentially to suppress voting for people of colour,” Roberts said. “And that’s something I fundamentally and intrinsically disagree with.”

Support for the move was not universal around Major League Baseball, particularly in Atlanta, where the Braves quickly issued a statement saying they “are deeply disappointed” in the decision.

“This was neither our decision, nor our recommendation and we are saddened that fans will not be able to see this event in our city. The Braves organisation will continue to stress the importance of equal voting opportunities and we had hoped our city could use this event as a platform to enhance the discussion,” the statement read.

“Our city has always been known as a uniter in divided times and we will miss the opportunity to address issues that are important to our community. Unfortunately, businesses, employees, and fans in Georgia are the victims of this decision.”

Georgia lawmakers and public figures channelled anger, disappointment and approval Friday in their responses to the announcement.

Freshman Representative Marjorie Taylor Greene, a Republican from Georgia, said MLB needed to “stop listening to their corporate communist sponsors and remember the little guys who buy their tickets.”

“Keep the politics off the field and stop ruining everything!” she tweeted.

“In light of @MLB’s stance to undermine election integrity laws, I have instructed my staff to begin drafting legislation to remove Major League Baseball’s federal antitrust exception,” he wrote.

Even Democrats have been unable to agree on the role corporations should take in protesting the law.

In an interview with ESPN Wednesday night, Biden said he would “strongly support” moving the game from Atlanta after the passage of the law he referred to as “Jim Crow on steroids.“