KUALA LUMPUR (Reuters) – A Malaysian court on Monday ordered former Prime Minister Najib Razak to present his defense against seven charges in a case linked to a scandal surrounding 1MDB, saying a unit of the state fund had been created “for his own private advantage”. 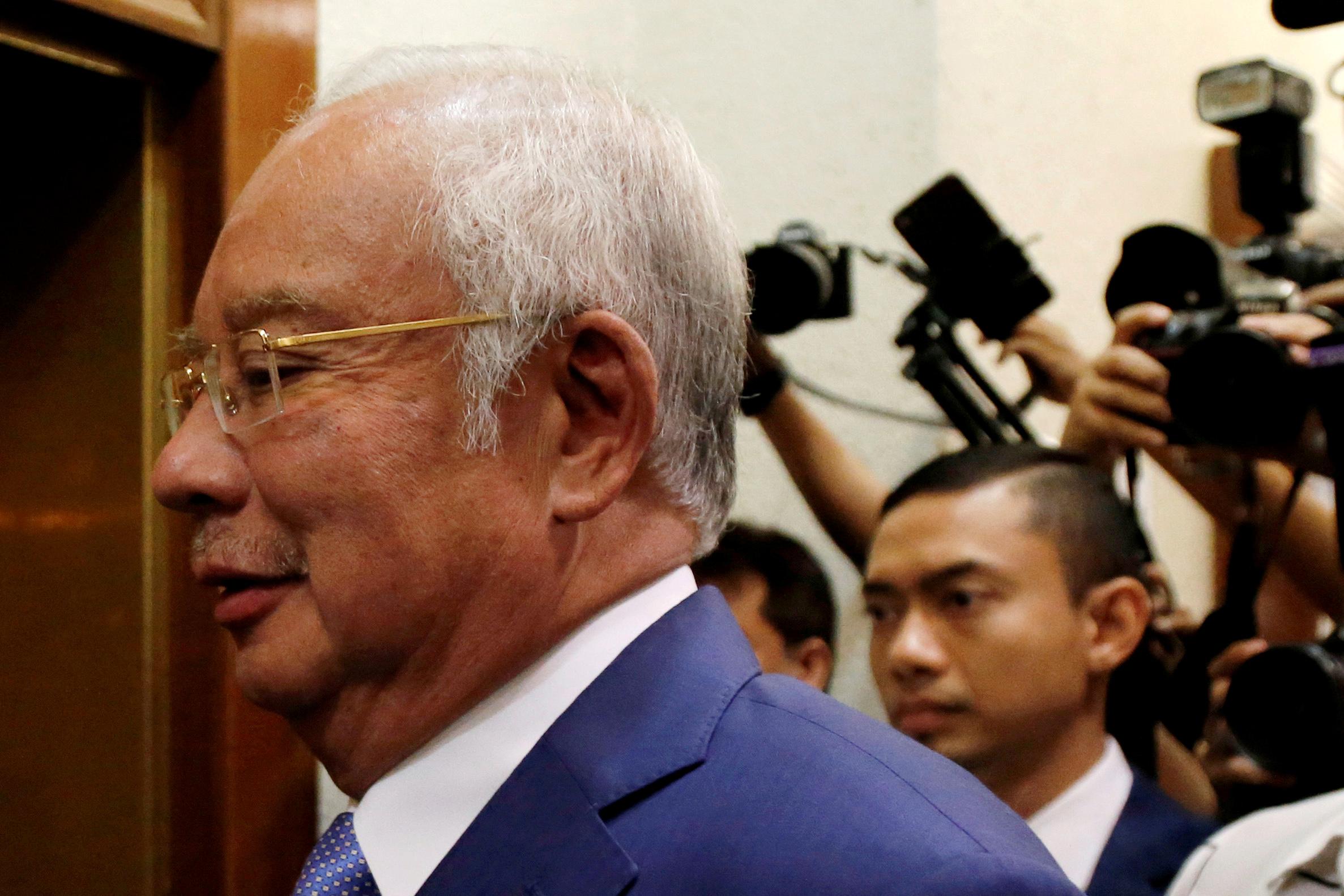 Najib told the court he would take the stand in his defense.

Najib, who lost a general election last year, faces dozens of criminal charges over accusations that $4.5 billion was stolen from 1Malaysia Development Bhd (1MDB), which he co-founded in 2009.

In the first case facing him, Najib has pleaded not guilty to three counts of criminal breach of trust, three counts of money laundering and one count of abuse of power amid accusations he received illegal transfers of 42 million ringgit ($10 million) from SRC International, a former 1MDB unit.

“SRC has been wrongfully deprived of the 42 million,” Kuala Lumpur High Court judge Mohamad Nazlan Mohamad Ghazali said. “As such, I now call upon the accused to enter his defense on all seven charges.”

Mohamad Nazlan said Najib was able to create SRC because of his position as prime minister and finance minister.

“While set up as a strategic investment vehicle … (SRC) was also designed for all intents and purposes to be utilized by the accused for his own private advantage,” the judge said.

“The actions taken by the accused cannot be construed as a purely lawful exercise,” the judge added. “Such conduct was beyond the ordinary and outside the conduct of a prime minister and the finance minister.”

Muhammad Shafee Abdullah, who leads Najib’s defense team, said he was “sad” about the judge’s decision.

“Frankly, we were expecting an acquittal at this stage because in our submission we thought it was overwhelming,” he told reporters. “But trials, you can never predict (them).”

Muhammad Shafee said he expected the case to go all the way to the highest court, and stretch beyond the next election in 2023.

If convicted, Najib, 66, could face hefty fines and jail terms ranging from 15 to 20 years on each charge.

Prosecutors wrapped up their SRC case against Najib after testimony from 57 witnesses. In his closing statement, Attorney General Tommy Thomas said Najib had orchestrated graft at 1MDB “like an emperor”.

Allegations that about $1 billion in 1MDB funds flowed into Najib’s personal accounts angered Malaysians, who voted his long-ruling coalition out of power.

Defense lawyers have said Najib had no knowledge of the transfers into his accounts and that he was misled by Malaysian financier Low Taek Jho and other 1MDB officials.

Low, who faces charges in the United States and Malaysia over what authorities say is his central role in the 1MDB case, has denied wrongdoing.