But it is fast becoming known for something much more disturbing: Its rapid descent into religious extremism and horrific record of human rights abuses. 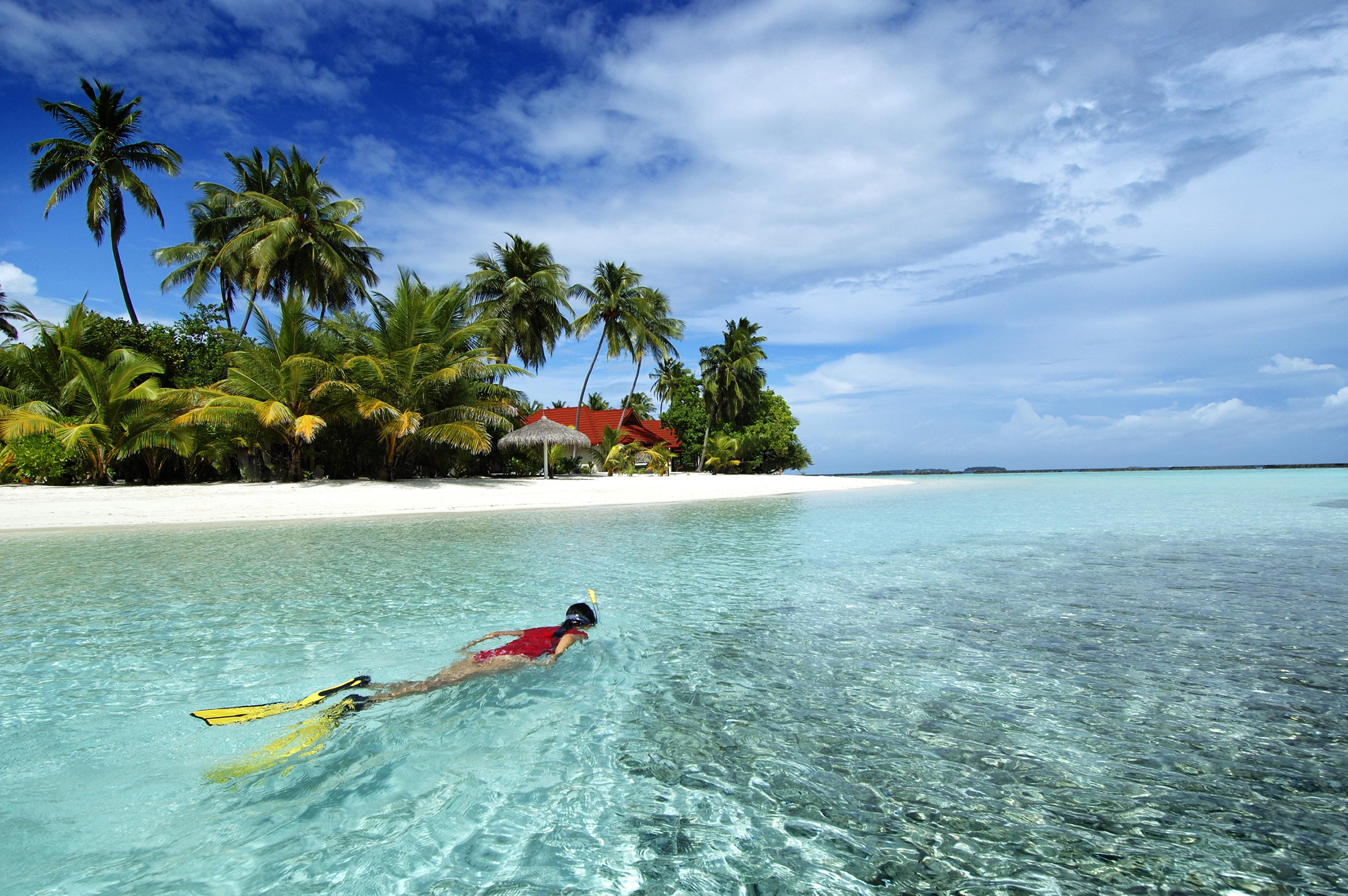 The Indian Ocean country comprised of 1,200 beautiful little islands is renowned for its popularity among celebrity A-listers and honeymooners.

Trips to these islands – some of which are so small they contain only a single building – can cost as little as £500.

But many holidaymakers would be surprised to learn that in recent years the country's backwards social policies and turn towards extreme Islam has seen it become a pariah state.

This includes floggings and death sentences handed down by courts, political riots, police corruption and the tiny country becoming a haven for ISIS. 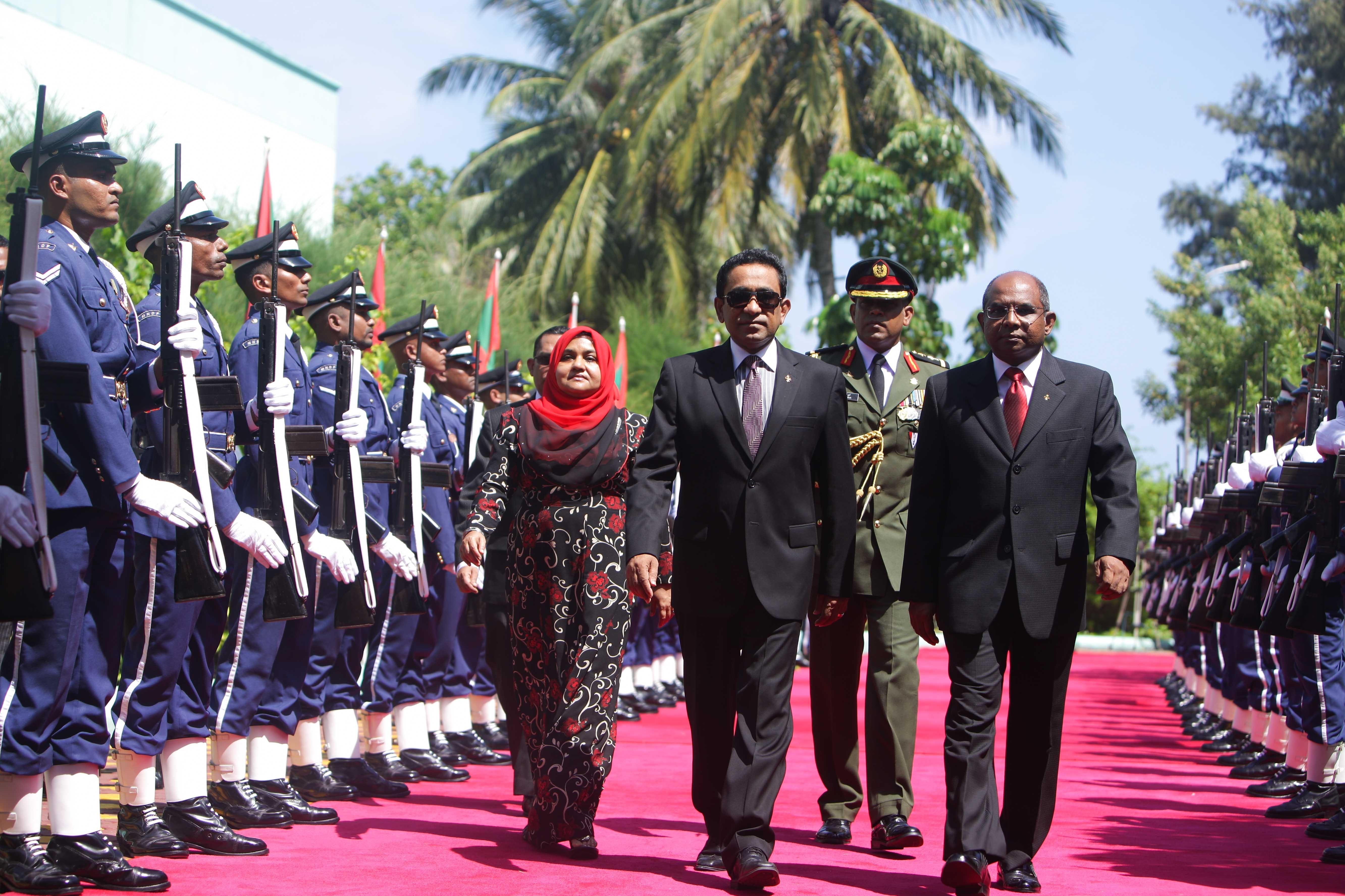 In 2013, campaigners reacted with fury at news a 15-year-old girl had been sentenced to 100 lashes after being raped by her step father.

The horrific sentence was only rescinded when her plight became the subject of an international outcry, The Independent reported.

This involved campaign groups demanding then-PM David Cameron intervene in the case, given that the Maldives was a part of the Commonwealth at the time.

And a similar case emerged in 2015 when a woman was sentenced to death by stoning after she was convicted of committing adultery, The Telegraph reported. 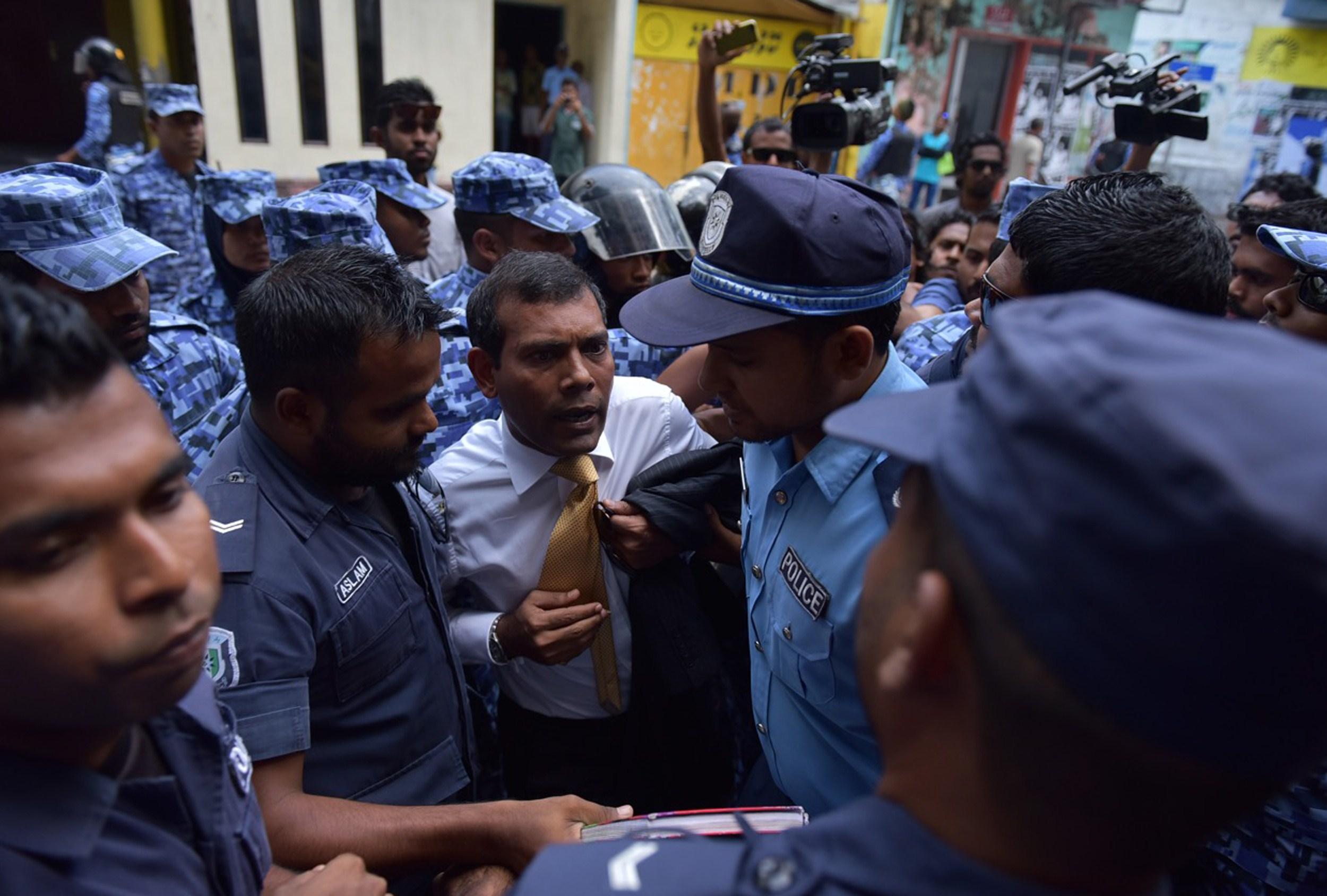 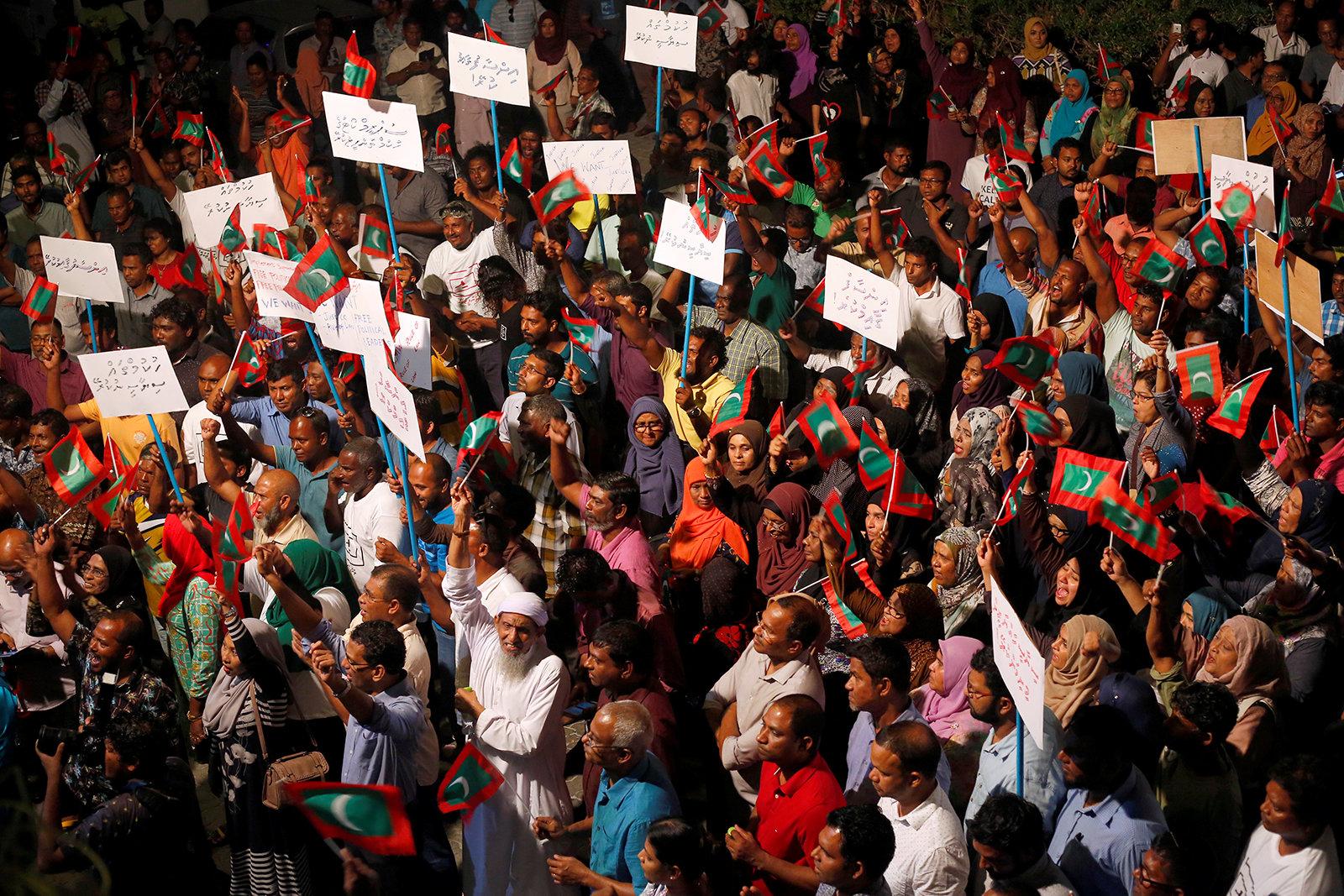 The mum-of-five was convicted by a judge on a remote island located 250 miles from the capital Male after she plead guilty. She too was later saved only when the story made international headlines.

The Maldives follows a mixture of English common law and Islamic sharia law. As a result, sex outside marriage is banned, as are all same-sex relations.

Although these two historic cases dirtied the country's reputation, they appear to have done little to halt its rapidly-growing tourism industry.

Eva Abdulla, a Maldivian MP, has previously warned: "Britain is an emerging tourist market for the Maldivian tourism industry. We need the British and all other tourists to be aware of just where they are going to when they book that ticket to the Maldives.

"Visiting tourists also need to be aware of the institutional discrimination against women within the judicial system.

"Consider the statistics on flogging: that 90 per cent of the cases are women.

"Consider the statistics on rape charges: Zero per cent success rate of prosecution, with the latest being the release of four men accused of raping a 16-year-old, on the grounds that there wasn't enough evidence." 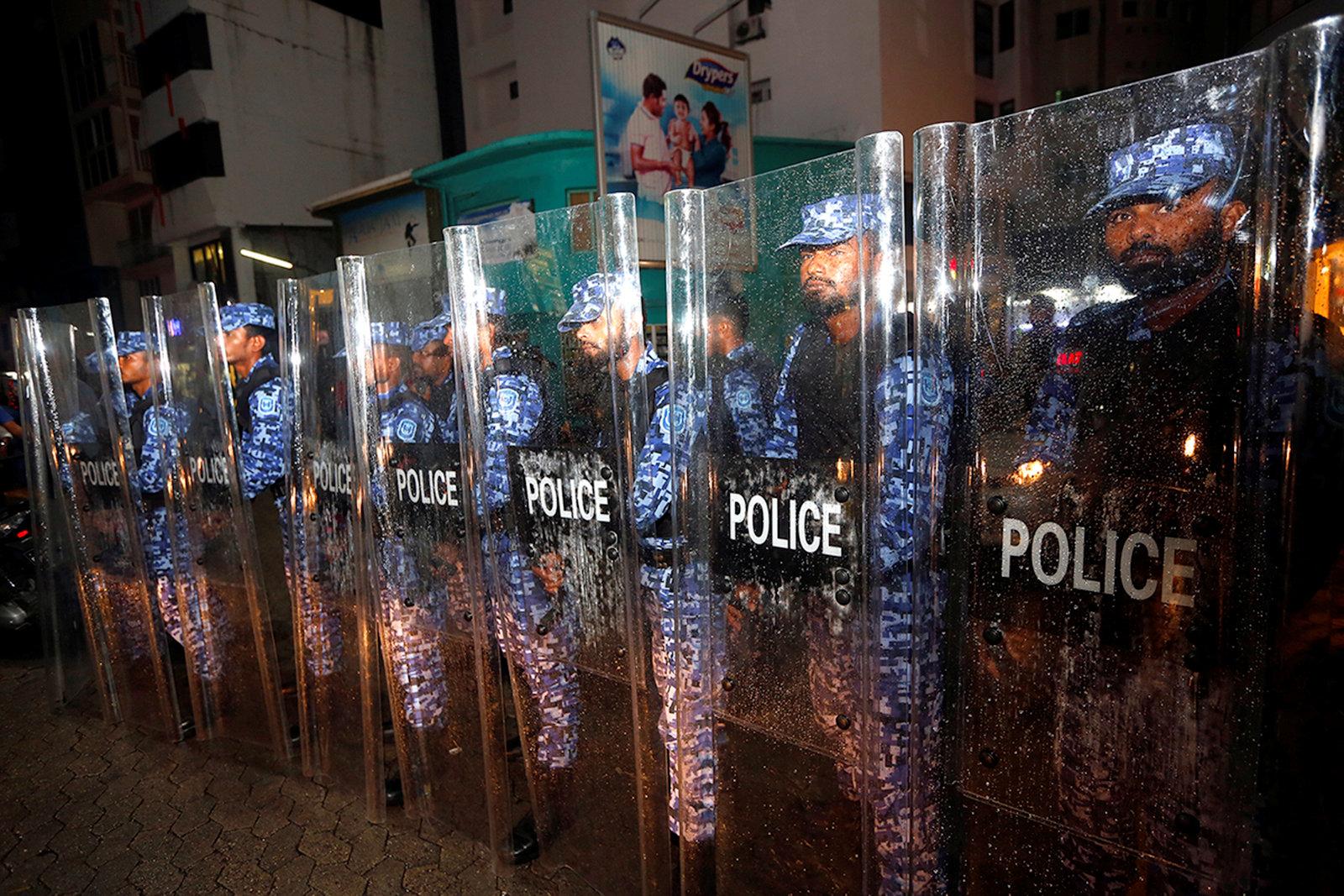 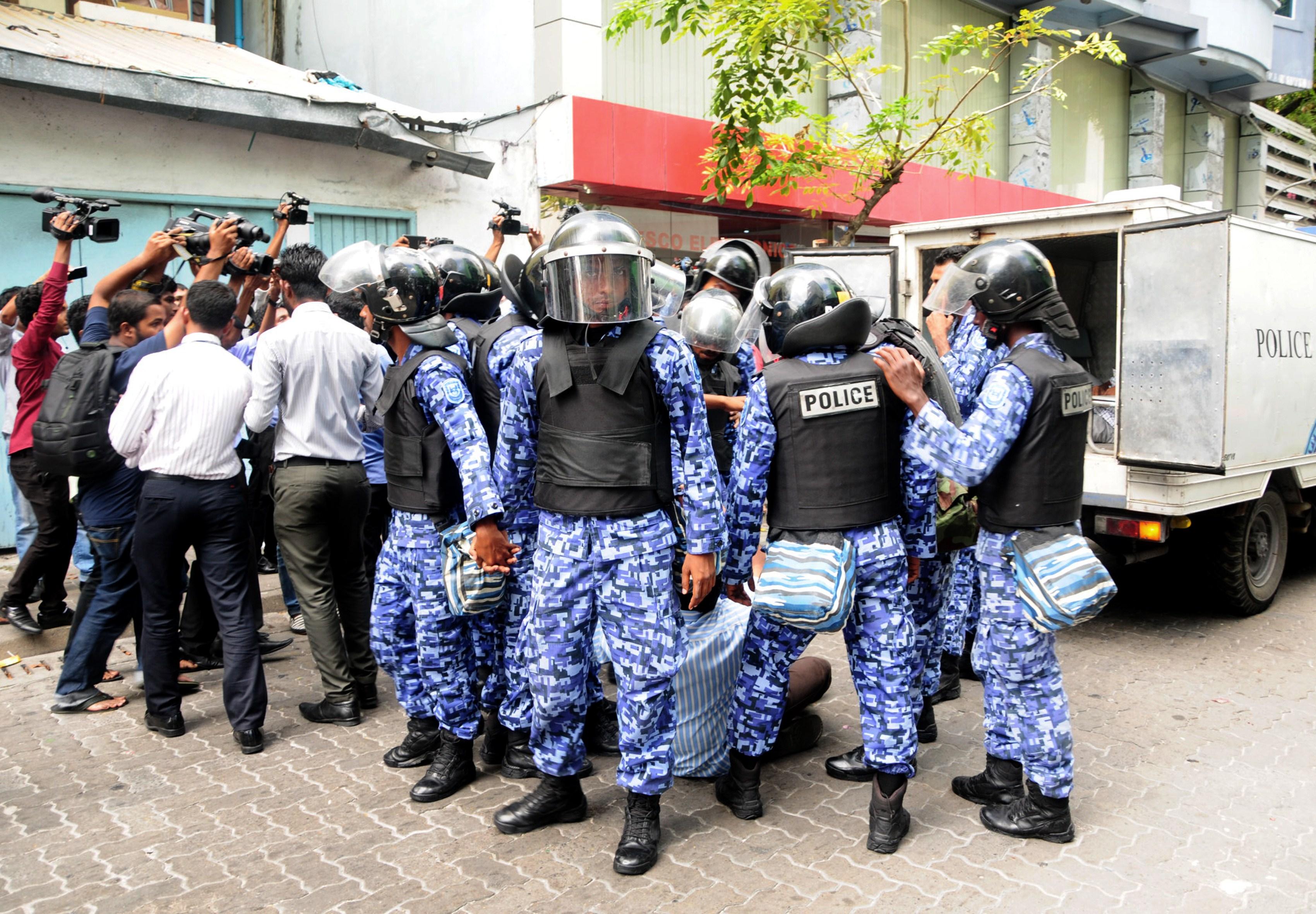 And in February the country's former president was arrested and a state of emergency declared as current leader Abdulla Yameen sought to crush political dissent.

In a blog post, Sir Richard Branson described it as "the latest chapter" of the country's "descent in authoritarian rule", and a move that sent the country "back to the Dark Ages of human rights".

He went on to warn he may remove all his business interests from the country.

"As a responsible global citizen, I care about where my money is spent and how I conduct my business. President Yameen can still back away from the damaging path he has chosen for his country.

"If not, I hope the international community – governments and business alike – will react accordingly. The wonderful people of the Maldives deserve better than this."

Travel expert Frank Brehany recommended anyone looking at travelling to the Maldives consult a range of government travel and business advisories for the region. 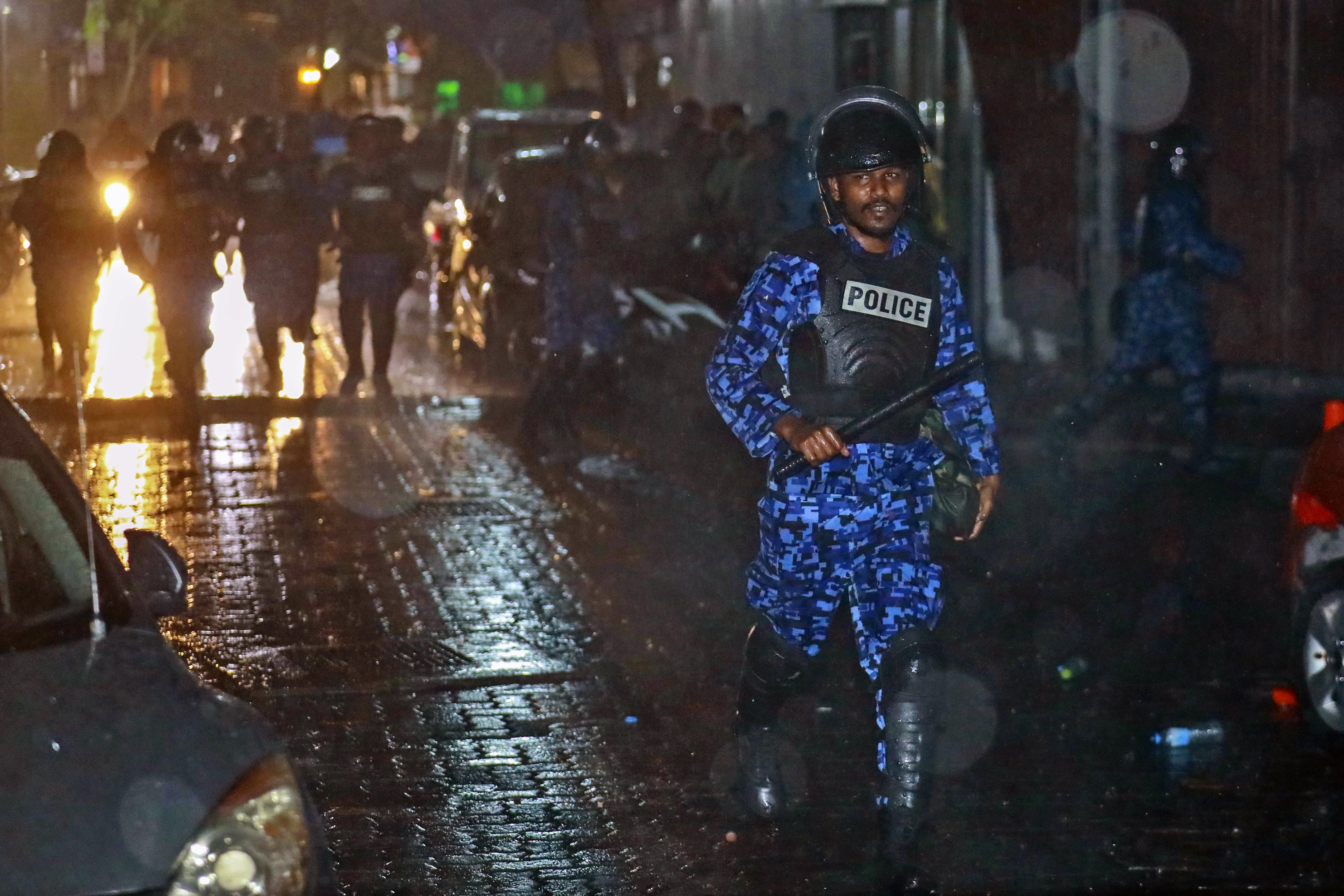 He warned many travellers could also be affected by the country's current political instability.

"You have to understand the political aspects of the place you're going to. The second issue is the religious sensitivities. In some of these countries it's not just about one religion but several religions that have very strict types of behaviour.

"You need to understand that what is acceptable in that particular culture, and how it is guided by religious sensitivities. You just need to be aware of sacred places, types of dress and acceptable behaviour."

In 2011, Brit Ian Faul and his girlfriend Julie MacSween were subjected to a horrific week-long ordeal after being falsely accused of breaking into another guest's bungalow and stealing the contents of their safe.

According to The Telegraph, they were taken to a detention centre until they were hauled before a judge. Fortunately, they were told they were free to go.

He said: "We finally arrived back at Gatwick on a dank April morning. Blighty had never looked so appealing.

"This whole ordeal had torn apart the lives of family members at home, turned our dream holiday into a nightmare, and wrecked us both emotionally and, to a degree, physically."

In recent years the Maldives has also become a hotspot for ISIS sympathisers, with hundreds of citizens believed to have travelled to Syria and Iraq to join the group's jihad.

Last year the FCO updated its travel advice for the country, warning that Islamic terrorist were "likely" to carry out attacks, "including in places frequented by expatriates and foreign travellers including tourists".

In November, there was a number of men arrested on terror charges, while in 2015 a group of masked men appeared on camera threatening to kill then President Abdulla Yameen and bomb tourist resorts. 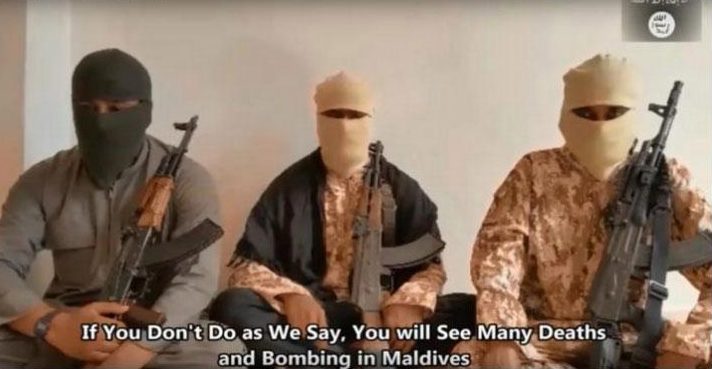