Jealous ex-husband, 45, who believed former spouse was still his ‘property’ bound her with gaffer tape and choked her after secretly recording her calls to discover she had new Iranian husband

A jealous ex-husband is facing jail after binding his former wife with gaffer tape and choking her upon discovering she had remarried.

Javad Arabhalvaei, 45, still regarded Parissa Ali-Kaei as his ‘property’ and flew into a rage when he learned of her new Iranian husband after secretly recording her calls.

A jury heard how he crept up behind her and stuck the tape over her mouth before dragging her to the floor and wrapping his legs around her neck in a choke-hold.

Ms Ali-Kaei told the court she was ‘about to die’ but managed to grab his testicles and wriggle free of his grasp.

Arabhalvaei had turned up the sound system at their flat in Camden Town, north London, during the August 20 attack to try muffle her screams.

But the mobile phone he had slipped under the bed to record her calls proved to be a crucial piece of evidence in the trial.

A jury convicted him of wounding with intent – but he was cleared of a further count of attempted murder. 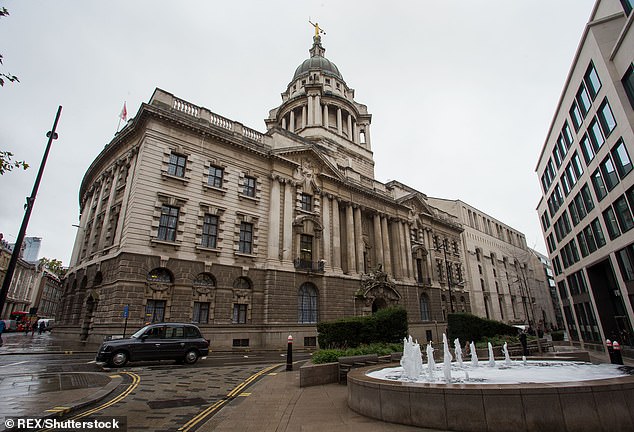 Javad Arabhalvaei, 45, still regarded Parissa Ali-Kaei as his ‘property’ and flew into a rage when he learned of her new Iranian husband after secretly recording her calls, the Old Bailey heard

Ms Ali-Kaei sobbed as she recalled the events of the attack at the Old Bailey in central London.

She said: ‘He had opened the tape and it was ready to be put on my mouth. He came from behind me and as soon as he entered the bedroom he put it on my mouth.

‘I had no time to turn around and see what had happened. While I was on the floor he was on top of me. He was trying to bite me on the top of my shoulder.

‘I was trying to defend myself so I just tried to push his face away and that is why I injured my hand.

‘He was trying to strangle me and I was trying to defend myself. His fingers were inside my mouth and my lips were tearing apart. The only defence I had was biting his hand.

‘I was about to die and the only thing I could do was grab his testicles.’

During the trial Arabhalvaei argued he was only trying to calm his wife down during the row.

But the jury rejected his full version of events and Judge Mark Dennis will pass sentence for wounding with intent on 19 February.

James Thacker, prosecuting, said: ‘This case involves the brutal attack of the defendant’s ex-partner, Parissa Ali-Kaei, in her own home that she had shared with the defendant.

‘The prosecution case is that the defendant had discovered that his ex-partner had remarried another man in Iran but continued to consider that Parissa remained his property to control and do with as he saw fit.

‘If he could not have her, no-one else could. He intended to kill her or cause her really serious harm.

‘He used gaffer tape across her mouth to prevent her from calling for help and said “I will kill you tonight. I’m not going to let you go like this.”

‘He repeatedly punched her face and the sides of her head. He used his thighs and knees as a vice to hold her head in place whilst he continued to use his fists upon her head.

‘He forced his fingers inside her mouth and attempted to rip her mouth open whilst repeating the phrase “tonight I will kill you”.

‘He said: “You can’t go anywhere. The door is locked. Nobody can hear you.” Parissa opened her bedroom window and was shouting for help.

‘The defendant stabbed her in the back. He attempted to stab her again but the blade separated from the handle.’

Jurors were told that during the fight Arabhalvaei revealed to his wife he had been secretly recording her under her bed with his phone. 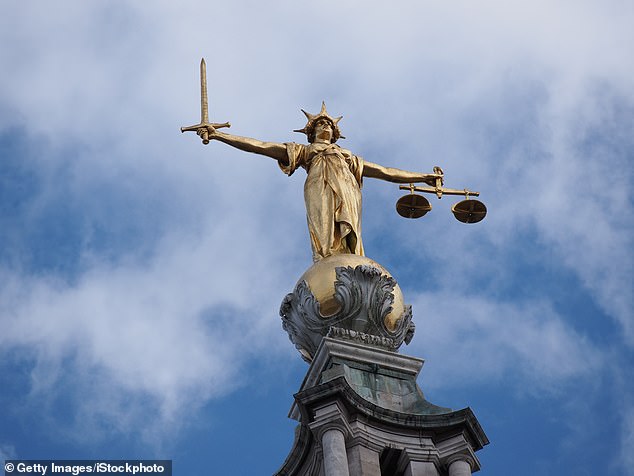 ‘Unfortunately for him he didn’t know that the police would attend and seize the phones. The entire incident is recorded,’ Mr Thacker added.

‘The defendant remained silent when he was interviewed later at the police station.

‘He replied “no comment”. However, after his arrest at the scene he said “whatever I say is not going to be acceptable in this country because this country is different, the culture, everything”.’

Judge Dennis said the defendant’s ‘dangerousness’ will be considered ahead of sentence.

The judge said: ‘This is an offence of serious violence, albeit first offence. There is a background. Dangerousness would have to be considered.’

Arabhalvaei, of Finchley Road, Camden, denied attempted murder and an alternative charge of wounding with intent.

He was cleared of attempted murder and convicted of an alternative of wounding with intent.

Sentence will be passed at the Old Bailey on 19 February.