An aggrieved voter says he hacked off his finger after casting his ballot for the wrong political party in India’s general election.

Pawan Kumar said he was confused by the various symbols on the electronic voting machine and mistakenly pushed the button for the ruling Bharatiya Janata Party (BJP) when he turned up to vote in the northern state of Uttar Pradesh on Thursday.

Kumar says in a video circulating on social media that he had intended to cast his ballot for the ruling Bahujan Samaj Party (BSP) led by Prime Minister Narendra Modi. 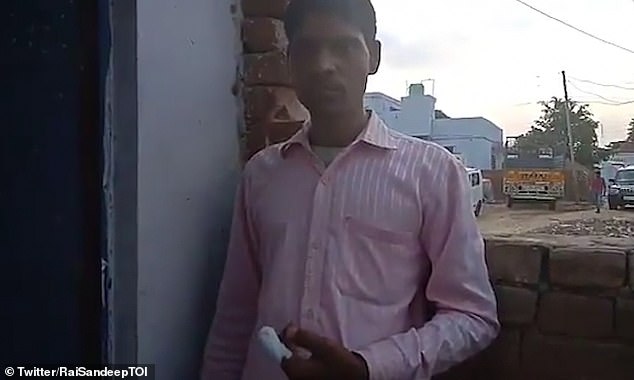 Pawan Kumar, who lives in the northern Indian state of Uttar Pradesh, chopped off his finger after voting for the governing party by mistake at the country’s general election 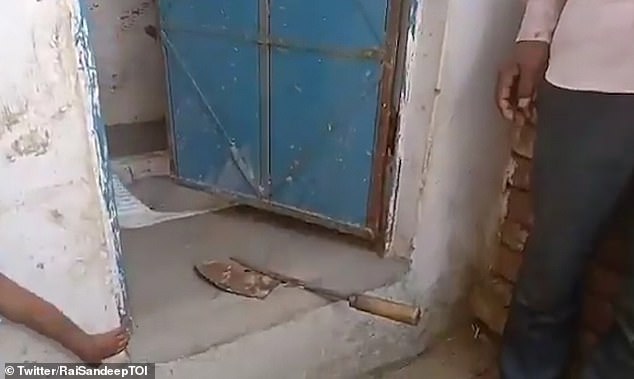 In a video circulating on social media, Kumar is shown with a bandaged finger while a cleaver (pictured) lies on the ground nearby

After they cast their ballots, Indian voters’ index fingers are marked with indelible ink to prevent electoral fraud such as double voting.

Election ink is common in countries where identification documents are not always standardised.

Kumar is seen in the video cradling a heavily bandaged hand while a large cleaver lies on the floor nearby.

Like some 16 per cent of Indians, Kumar is a Dalit – ethnic minorities that have historically been oppressed by the upper classes and constitute a crucial voter base for the BSP.

‘I wanted to vote for the elephant, but I voted for the flower by mistake,’ he says in the video, referring to the election symbols, or party logos, which appear next to the name of each candidate on the voting machines.

The BSP are represented by a left-facing elephant, symbol of physical strength, will-power and peace. The giant but gentle creature is meant to invoke the spirit of the ‘Bahujan Samaj’ (‘people in majority’) – India’s lower-caste and minorities who struggle against historic oppression with physical and mental might. 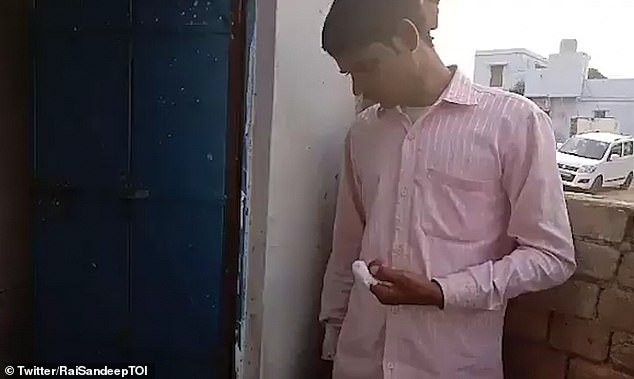 Kumar can be heard saying ‘I wanted to vote for the elephant, but I voted for the flower by mistake’ – referring to the party election symbols that appear on the voting machines

The BJP’s election symbol is a lotus – or the national flower of India. It also has roots in Hindu tradition, and represents Saraswati, the goddess of wisdom and education.

The imagery invoked in a party symbol is hugely important in India, where literacy levels are around 70 per cent. This means almost one third of voters will identify their chosen party based solely on its emblem.

With 900 million of India’s 1.3 billion people registered to vote, it is officially the world’s largest democratic exercise. 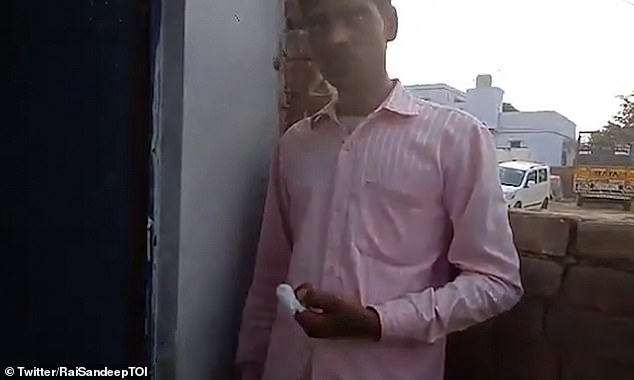 Over the course of the election, 543 Indian Parliament seats that will constitute the 17th Lok Sabha will be decided from about a million polling stations across the country.

Owing to its size, the election is being conducted in seven phases – of which this is the second – between April 11 and May 19.

Votes will be counted on 23 May, and the results will be declared that day.