A father of two has spent more than 16 hours transforming his entire house into the colours of the rainbow, as a uplifting tribute to frontline workers.

Craig Pickard, 36, a delivery driver from Maltby, Rotherham, initially began painting the outdoor walls of his home – but wanted to do even more to honour the NHS heroes.

Mr Pickard said: ‘ I decided to chalk the entire house in the colours of the rainbow as a special tribute to the NHS 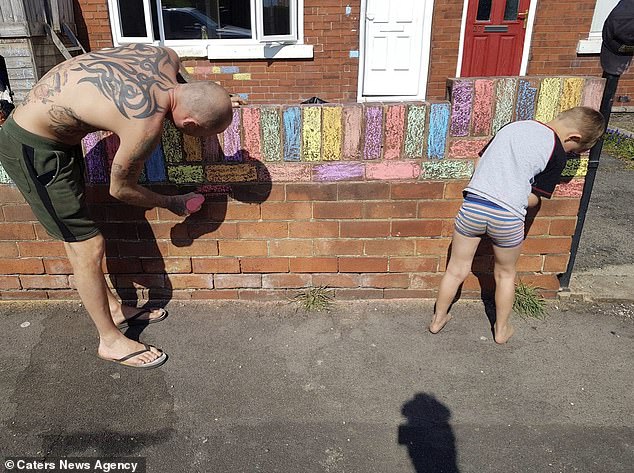 Craig Pickard and his son Nyle, pictured, have used chalk to paint their house in Rotherham rainbow coloured in honour of NHS heroes 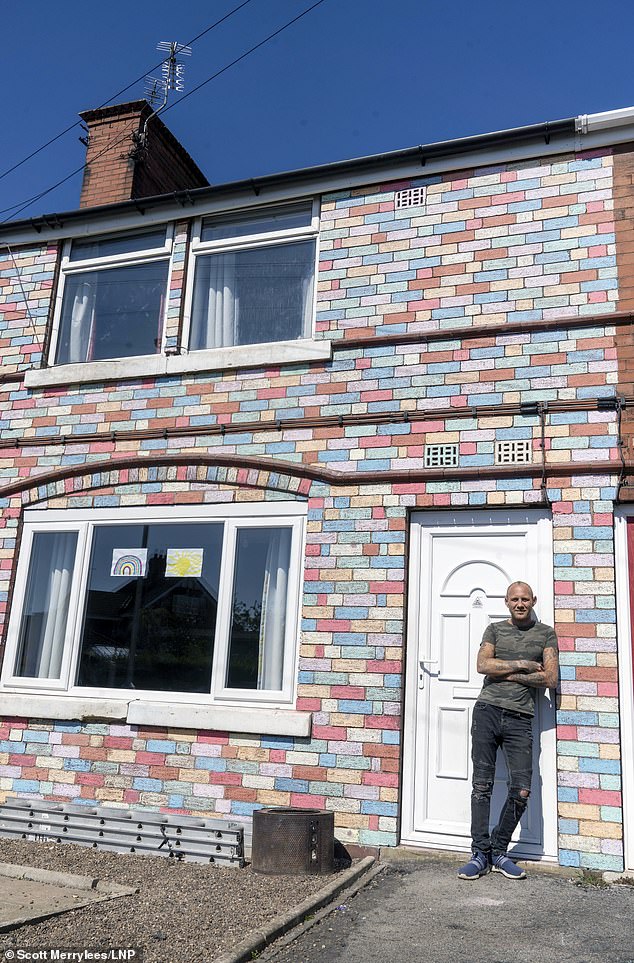 Mr Pickard, pictured, said people have been stopping outside his house to look at the display 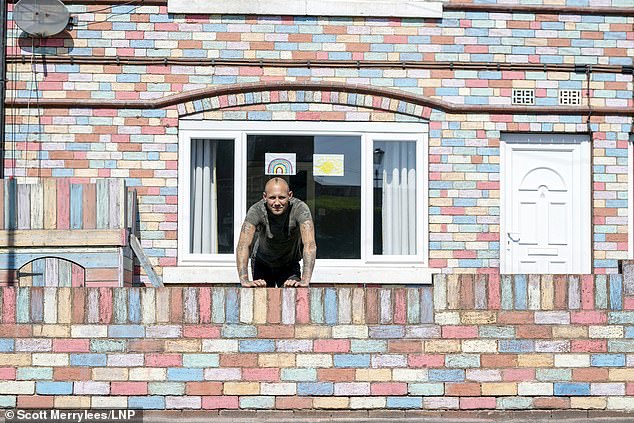 ‘I had been inspired by the pictures of rainbows in neighbours’ windows and initially just started doing the wall.

‘But one thing led to another and then I did the whole house.’

Mr Pickard’s youngest son, five year old Nyle initially began helping his father with the first wall, along with Mr Pickard’s partner Kelly, a 32 year old caterer and her son Blake, 13 contributing to a few bricks from the windows too.

Mr Pickard added: ‘The kids love it, not just my own but the ones who walk past on their daily walk too.

‘We’ve even had people stop driving past, to see it and i feel like it’s something to brighten the day.

‘We had the chalk already in and wanted to take part in the rainbow for NHS workers that we’d already seen some neighbours do.

‘It took me nearly 16 hours over two days to finish the project and my wrist was killing by the end of it!

‘But I wanted to dedicate it to health workers across the country for their efforts during the corona virus outbreak – I want to put a smile on the workers faces amongst all the doom and gloom.

‘The rain is yet to wash it away and what I really wanted to do was say thank you – keep smiling to all the key workers and our healthcare workers who are working so tirelessly for us.’