Husband, 41, who crashed his wife’s car through the doors of a John Lewis store causing £46,000 of damage after their marriage broke down is jailed for 21 months 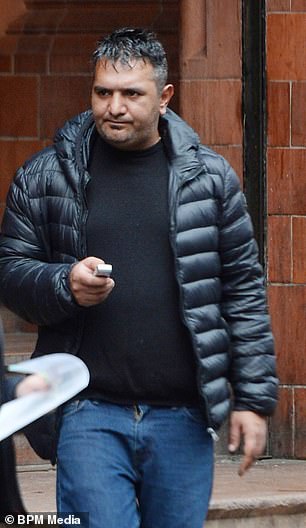 Shahzad Rafiq has been jailed after causing £46,000 worth of damage to a John Lewis store.

A husband has been jailed after causing £46,000 worth of damage by crashing his wife’s car through the doors of a John Lewis store.

The bizarre moment Shahzad Rafiq attempted to ram the doors of the empty shop in Solihull, Birmingham – before eventually driving right through them –  was captured on CCTV.

Rafiq got out and then caused more damage with a garden fork as well as taking clothes from the premises and leaving his own clothes there,’ Birmingham Crown Court heard.

He has now been sentenced to 21 months in jail and banned from the roads for 20 months.

Birmingham Crown Court heard before the incident on Easter Sunday, Rafiq’s relationship with his wife had broken down because of his mental health problems.

His wife had left the family home and gone to live with her parents.

On the morning of April 9 last year Rafiq went to her parent’s home, took her Vauxhall Corsa and then drove around. 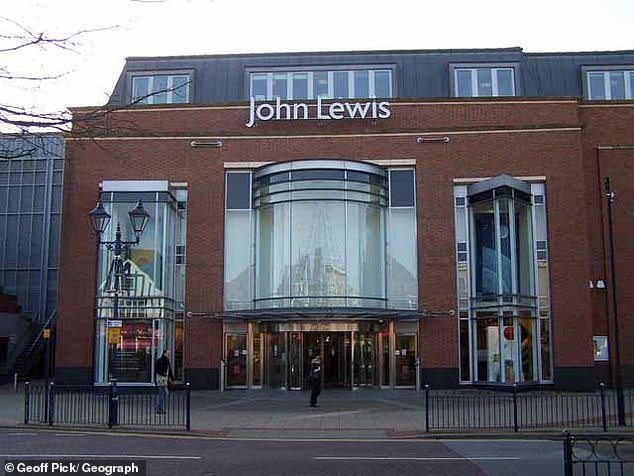 Shahzad Rafiq made an initial attempt to ram the doors of the empty shop in Solihull, Birmingham – before eventually driving right through them

Just before 7.30pm he drove to the Touchwood shopping centre, where all shops were closed because of the bank holiday.

‘He then approached John Lewis and used his wife’s vehicle to crash into the front doors,’ said Aliya Rashid, prosecuting.

He then walked around the premises and chose a garden fork and caused further damage.

The prosecutor said items damaged including a Ralph Lauren vase, worth £2,500, and nine mannequins.

Rafiq also damaged an electric barrier which cost over £34,000 to repair, as well as the main entrance doors.

‘The defendant also took clothes from the premises and left his own clothes there,’ Mr Rashid said.

When later quizzed by police, the defendant did not respond and he later spent six months in a psychiatric hospital.

In passing sentence, recorder Marc Brown said: ‘I have seen the CCTV of your actions there which frankly can only be described as bizarre.

‘You drove a vehicle through the pedestrian doors. The vehicle itself had to be written off.’

He added although his actions had at the time been influenced by his mental health difficulties, they were still intentional.

Simon Williams, defending, said his client’s mental health condition had been exaggerated by his use of illicit drugs.

‘It has to be accepted that on the night in question he knew what he was doing,’ he said.