Manchester Arena bomber seen by witness who made concerns to security

Manchester Arena bomber was spotted by worried member of the public who alerted security minutes before he killed 22 in his suicide attack, inquiry chairman reveals

Manchester Arena bomber Salman Abedi was spotted by a worried member of the public who alerted security minutes before he killed 22 people in his suicide attack, new evidence revealed.

The bystander allegedly raised suspicions about the Jihadi bomber with security staff as he loitered outside the venue before setting off his bomb.

Sir John Saunders, the chairman of the inquiry, said there was evidence that ‘suspicions’ had been expressed about Abedi by the concerned member of the public. 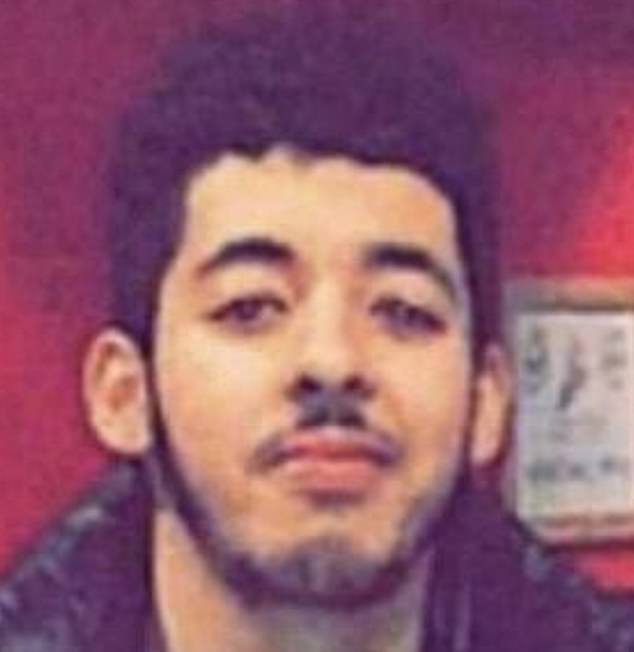 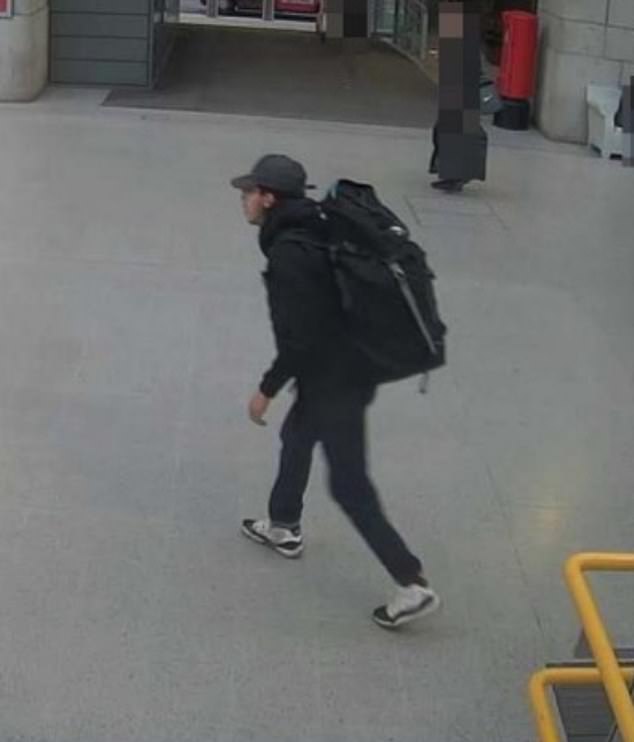 Kyle Lawler, 18, (not pictured), a worried member of the public, alerted security after being suspicious about Abedi (pictured)’s actions

Abedi spent more than an hour and a half waiting in the City Room foyer outside the main entrance to the arena, for the concert by Ariana Grande to finish on the evening of May 22 2017.

The member of the public allegedly approached 18-year-old Kyle Lawler who was working for the company ShowSec, responsible for security at the arena.

In a ruling issued on Friday, Sir John said that written evidence suggested that Mr Lawler ‘saw Salman Abedi on the night of the attack, before he detonated the bomb, after suspicions about him had been expressed by a member of the public.’

The chairman said that an experts’ report for the inquiry on security arrangements at the arena raised concerns about whether Mr Lawler ‘should have taken more action to draw attention to Salman Abedi’s presence and the fact that it was suspicious.’

Abedi was helped in the Manchester bombing attack by his brother Hashem, who in March was found guilty of one count of attempted murder, encompassing the remaining injured, and conspiring to cause explosions.

The pair were deemed to ‘have stood shoulder to shoulder’ in the plot as Hashem, 22, helped to source materials which helped to make the explosives. 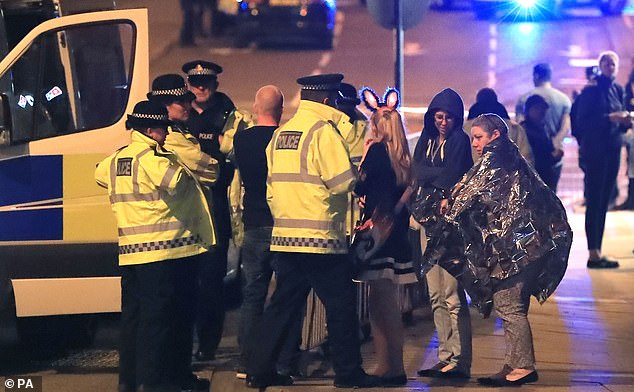 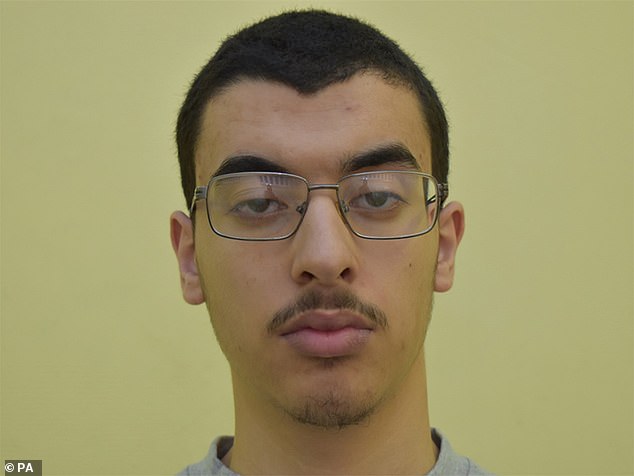 Salman Abedi was helped by his brother Hashem (pictured), 22, who was found guilty of one count of attempted murder, encompassing the remaining injured, and conspiring to cause explosions in March of this year

It can also be revealed that Greater Manchester Police have referred themselves to the Health and Safety Executive for a potential prosecution after being served with an expert report from the inquiry.

Mr Lawler has made statements about what happened on the night and is due to give evidence to the Inquiry.

He has asked for core participant status so that he can have his own legal representation after it emerged that ShowSec would no longer look after his interests.

He had been represented by ShowSec lawyers until the early part of this year but there was now a ‘conflict of interest’, the pre-inquiry hearing was told.

A hearing also hear that Mr Lawler would be ‘subject to close scrutiny’ when the issue of security at the arena was addressed.

The topics were likely to include security on the bridge leading to the City Room and ‘interaction with Salman Abedi’, Paul Greaney QC, counsel for the inquest said.

‘The criticisms made are of a very serious nature’ and ‘go to the heart’ of security at the arena, ‘whether it was inadequate if there it was, whether it contributed to loss of life.’

Saba Naqshbandi, representing Mr Lawler, said her client was a ‘significant witness to what happened and may be criticised.’

She said he deserved legal representation at the inquest so that he can ‘fully and fairly address those issues.’

‘All we seek is for Mr Lawler to have the full and proper ability to participate in and have the ability to respond to scrutiny and possible criticism,’ she added.

Sir John granted the core participant status, adding: ‘I emphasise that my conclusion is only that Mr Lawler may have played a significant role or may be subject to explicit or significant criticism. 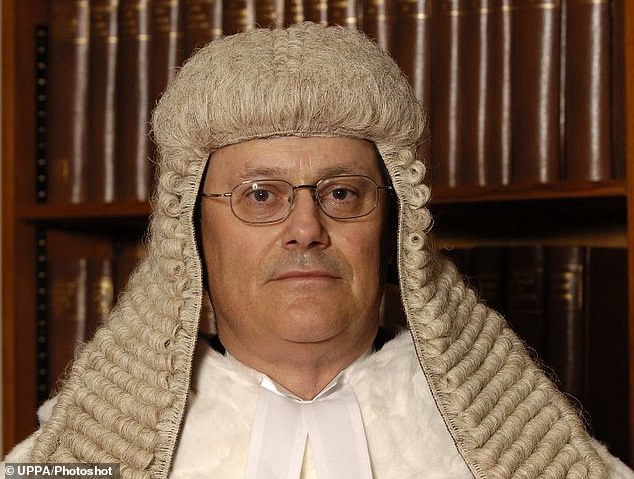 Sir John Saunders, the chairman of the inquiry, said there was evidence that ‘suspicions’ had been expressed about Abedi by the concerned member of the public

‘I am not saying that that will be my ultimate finding which will depend on the evidence that I hear.

‘All who made submissions agree that the decision I make has to be fair to Mr Lawler and enable him to have a fair opportunity to defend himself against potential criticisms of his conduct.’

Greater Manchester Police have referred themselves to the Health and Safety Executive for a potential prosecution after being served with a report from a security expert for the inquiry.

Sir John Saunders, said that ACC Russ Jackson, head of Counter-Terrorism Policing North West, had written to the HSE on June 19 after he ‘became concerned that there may have been health and safety offences committed.’

Mr Jackson also sought permission from the inquiry to share the expert report, which has yet to be finalised, with the HSE.

Sir John ordered on Friday that the report should be disclosed immediately. 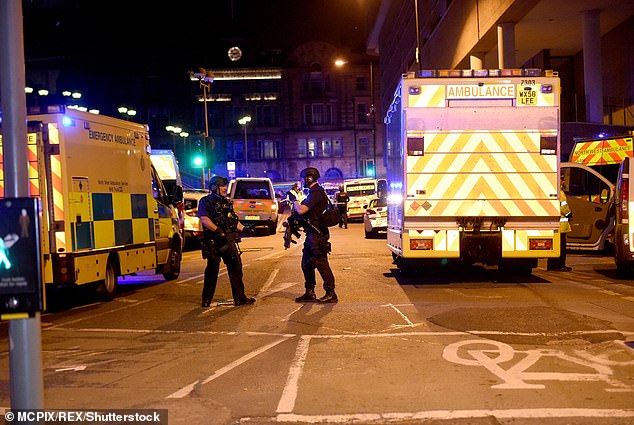 The police have also disclosed another 600 documents, covering 9,000 pages in response to the expert report and multi-agency exercises.

A further 1,500 pages have been disclosed as a result of a ‘disclosure assurance exercise’ although the hearing was told many were duplicates or irrelevant.

Duncan Atkinson QC, representing six of the 22 bereaved families, warned that any Health and Safety Executive investigation ‘should not affect the way witnesses give evidence to the inquiry and that any investigation should in no way delay this inquiry.’

The inquiry into the bombing in which 22 people were killed is due to start on September 7 and is expected to hear evidence about the speed of the emergency response and whether the attack could have been prevented.