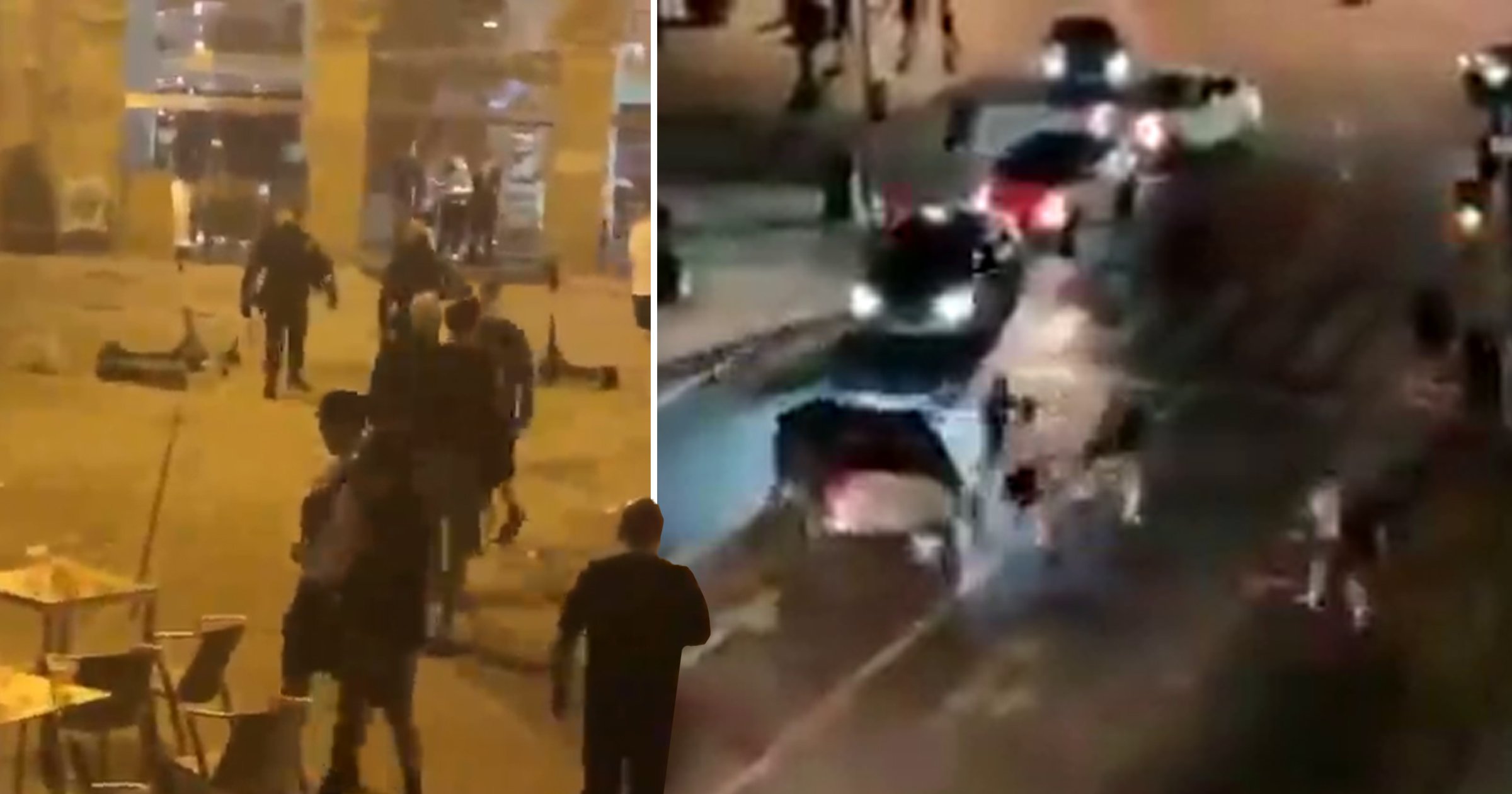 There have been clashes between rival groups of fans on the streets of Porto ahead of Manchester City playing Chelsea in the Champions League final.

Footage shown on local TV and shared on Twitter showed skirmishes breaking out after dark near the Douro river.

One clip showed chaotic scenes in the middle of a busy road as fans faced off against each other before scattering when police arrived.

Two people were reportedly injured after skirmishes near Porto’s Sao Bento railway station and in the city’s popular riverside quarter known as the Ribeira.

Police confirmed one man had been taken to Santo Antonio Hospital following an incident near the station around 10pm local time on Thursday night. A second incident occurred around half an hour later.

Tens of thousands of supporters are descending on the Portuguese city for the match, which was moved from Turkey at the last minute.

With Portugal being the only major European destination on the UK’s green list – meaning travellers won’t need to self-isolate on their return – groups of fans have taken advantage of the chance to combine the match with a holiday, even if they don’t have a ticket.

Fans had gathered in the Algarve resort of Albufeira to watch the match and footage showed police baton charging groups of supporters.

Trouble is said to have flared after City fans started taunting holidaying Manchester United fans whose team had just lost on penalties to Spanish side Villarreal.

One witness to those clashes told The Sun they saw ‘pushing and shoving followed by fighting in the street.’

‘Military police had to wade in with batons to break it up,’ the witness added.