Marise Payne gets tough where it counts

London: In handing contracts to a friend without any tender just days after her elevation to being the Commonwealth's most powerful official, Patricia Scotland has done Australian taxpayers a tremendous service.

At last, the people who for decades have faithfully funded this organisation are getting an overdue glimpse into how it is run. And it's not a pretty picture. 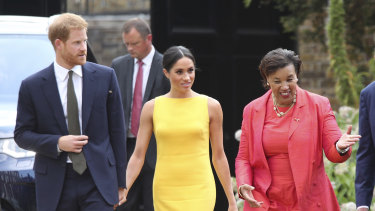 Australia's financial contribution to the Commonwealth Secretariat, the overarching body that operates from a former royal palace just down the road from Buckingham Palace, is relatively small compared to the cost of Canberra's bureaucracy. Or what was splashed out on sporting grants to help win the last federal election.

But over the seven financial years to 2017-18, the Australian government has paid more than $100 million. That is serious money, and the people in London who dispense it should not expect to operate free from scrutiny.

At the heart of this cross-continent brawl are two issues: whether the Secretariat is adhering to the same basic standards expected of its own member governments, and whether its senior ranks have failed to provide the leadership needed to realise the Commonwealth's huge potential in trade and diplomacy.

Australia, Canada, New Zealand and the United Kingdom believe it is definitely failing on the former, and quite likely on the latter. They are are incensed by an audit handed down late last year into a decision by Baroness Scotland to award contracts worth $500,000 to Baron Patel of Bradford, a friend and colleague from the House of Lords. 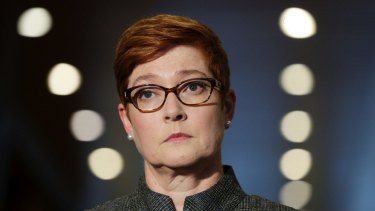 Scotland asked an officer to sign the waiver document, which she then approved, just days after taking over as secretary-general in 2016 and despite the company's debts far outweighing its minimal assets.

The Commonwealth's audit committee later said that course of action "circumvented a fundamental control in the procurement process" and warned of "serious reputational if not actual damage to the Secretariat".

Scotland argues she did nothing wrong and says the procurement rules at the time allowed her to waive the standard rules. She also claims the criticism of her performance is payback for attempting to usher in reforms.

But that stroke of the pen in 2016 will almost certainly kill her bid in 2020 to secure a second four-year term, and Australia is doing its bit to ensure that outcome as soon as possible.

The move by Foreign Minister Marise Payne to slash $800,000 in pledged funding from the Secretariat – combined with the threat of withholding $500,000 more – is a clever strategy that will put serious pressure on Scotland to force the organisation to get its house in order.

She could have been even tougher given the scale of the dysfunction but probably doesn't need to be given that New Zealand is also withholding millions, Canada could be next and Britain is showing signs of also being fed up. The Commonwealth has 54 members, but it can't function without the big players on board.

Their stand will secure the end of Scotland and hopefully see the start of some sunshine in the Commonwealth's London headquarters.