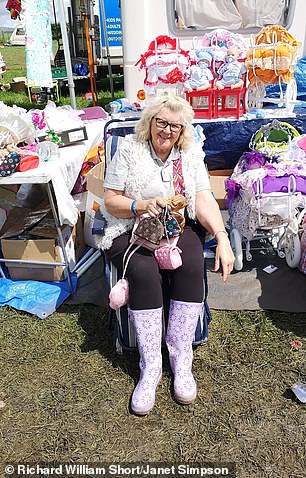 A market trader was left furious after the RAC refused to fix her car and left her alone in a field in the middle of the night, after she had attended the infamous Appleby Horse Fair.

Janet Simpson claimed she had been left stranded for six hours in the dark without any help after she had been unable to start her car at around 7.30pm on Sunday.

The 60-year-old said she had been left ‘absolutely traumatised’ after the RAC claimed they wouldn’t be sending someone out to help her, as they didn’t want to put their drivers’ lives at risk.

Janet, who pays £15-a-month for her RAC subscription said she packed up her Dacia car after a fun-filled day at the fair and tried to start the vehicle.

After the can wouldn’t start, she then called the RAC who said someone would be out to her within an hour.

Over an hour later she called them again to check on their progress, but was less than satisfied with their response.

Speaking to the MailOnline, Janet, who has been attending the fair for years, said the RAC admitted they had struggled to find a contractor who was willing to help.

‘They said they don’t go out for gipsy fairs – they don’t put their driver’s life in jeopardy.’ She said they told her they had contacted five different contractors trying to find a company who would be willing to go to Appleby. 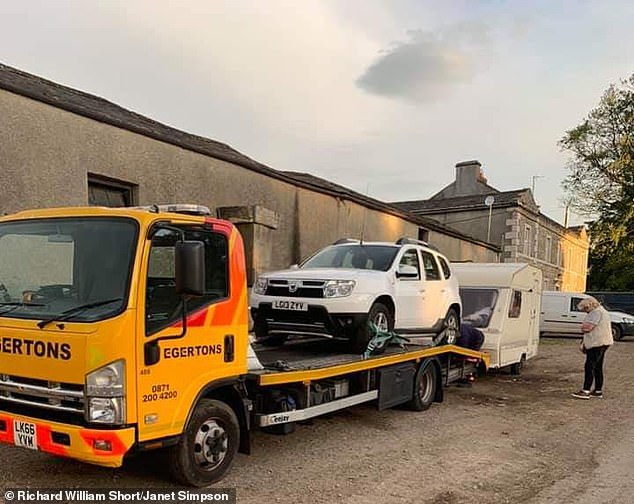 She informed operators she was in a field by herself and then had to wait until 1.30am until she was finally told she would have to leave her car and caravan where it was and go to a hotel.

Adding to the trauma, she then had to wade through a field to meet a taxi, which finally took her to a hotel in the early hours of the morning.

While being stranded in the field, she said she called Cumbria Police to inform them that she was on her own, and asked them if an officer would be able to come and accompany her until the taxi arrived to take her to the hotel.

She said Cumbria Police refused to help her both times she called them for assistance, with them saying ‘it’s not something we do.’ 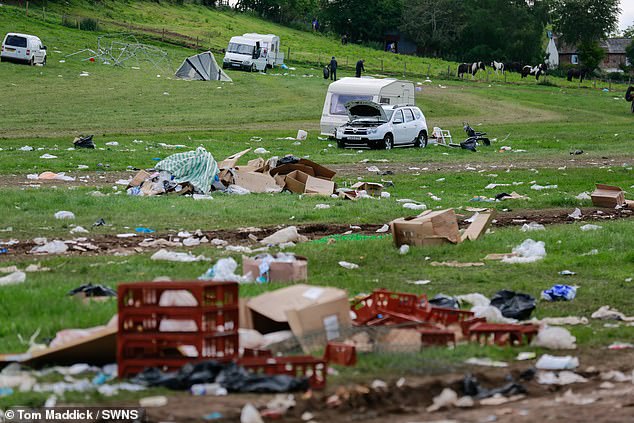 Pictures show her car with the bonnet left open, after it had been left over night in Cumbria

However, some solace was found as she messaged a good Samaritan, who she was acquainted with through traveller Facebook group,  who came to keep her company with a bag of fish and chip.

She said if it hadn’t been Richard William Short, then she would have been on her own all night, and added that it ‘shouldn’t matter what background you are from’, and that it was discrimination that they hadn’t attended her call out.

She awoke Monday morning in the hotel and was told her car would be with her by 8am, but was then informed at 11am that the appointment had been booked for Tuesday. 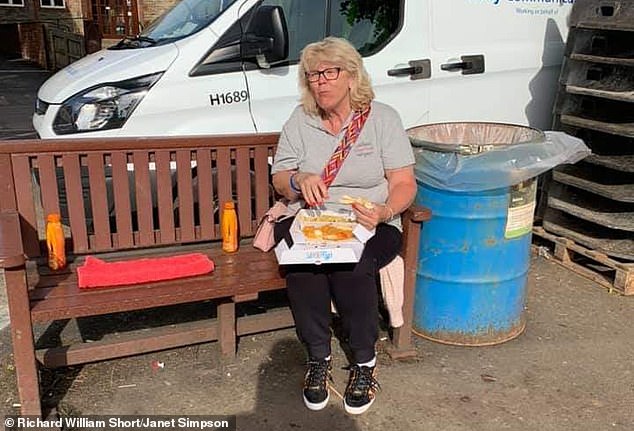 Janet said if it hadn’t been for her friend Richard who came along with some fish and chip, then she would have been left with no food or drink for hours

After a number of phone calls, a contractor finally turned up to help load her car and caravan on a truck, which was delivered to her home in Skegness yesterday.

Janet, who suffers from arthritis said she was left unable to walk after having been made to wait in the cold for hours on end and highlighted that she didn’t end up getting back to her home in Skegness until 2am.

Janet, who had been selling dolls at the event said when she paid her subscription to the RAC, she wasn’t told about any restrictions on the attendance of travellers fairs.

‘It’s absolutely made me distraught.

‘I just feel like I’ve been lied to and told this and that. I’ve lost all my confidence.’

Janet said she suffered with depression and that this has further worsened her condition.

Welling up, she said she couldn’t believe how she had been treated and said she just keeps bursting into tears. 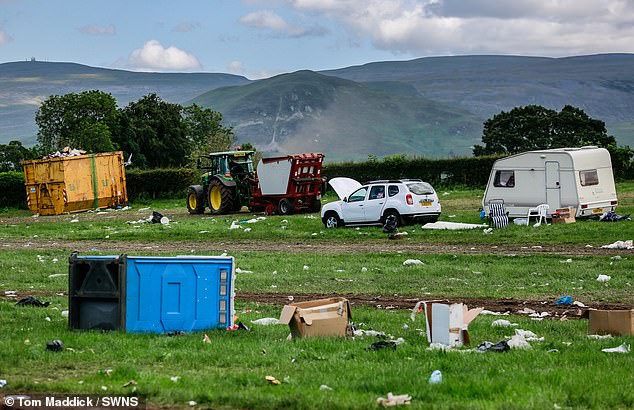 ‘I pay my subscription – the contract didn’t say anything about attending travellers fairs.’

She added that she has now had to move forward a hospital appointment due to the stress of the incident, and said she will be attending an appointment tomorrow.

Janet also highlighted that she has further contacted the RAC who have offered her £100 as compensation.

‘They offered me that and said that they had also paid for my hotel. I told them I thought that was what I paid my subscription fee for’.

In a statement an RAC spokesperson said: ‘We would like to apologise to Miss Simpson for the delay in recovering her vehicle and caravan.

‘As a result we paid for her to stay in a hotel for the night and for a 158-mile taxi journey to get her home the next day.’

Thousands of travellers flock to Appleby in Cumbria each year and it is known to be one of the biggest events for the community.