KEBAB shop staff today told how they cheated death when gunmen burst in and opened fire — hitting a chicken doner.

A bullet narrowly missed takeaway workers Steaven Catacoopen, 19, and Hannah Fyall, 21, but punched a hole through the revolving kebab meat. 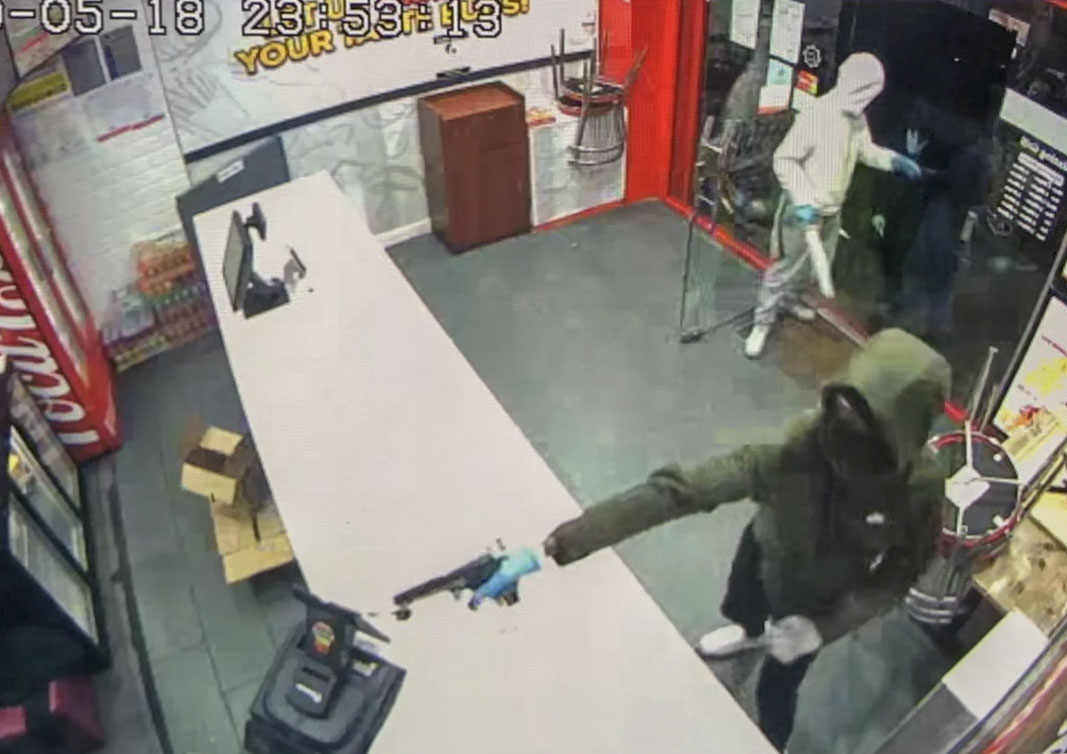 Two masked attackers had pursued three young men who ran into the Blazing Grill just before midnight on Monday looking for cover.

CCTV footage captured one gunman taking aim towards the back of the shop and firing three shots — hitting the kebab, a waste bin and a food steamer.

Steaven said: “That chicken kebab could easily have been me — with a hole clean through.

“I was standing up serving in front of it when I heard shots outside.

“I thought it was fireworks then the three men vaulted the counter and ran to hide in our toilet.

“They looked terrified so I ducked down behind a wall then heard three more very loud shots, including the one which flew through the kebab.

“I reckon I was less than a metre from the bullet and feel lucky to be alive.” 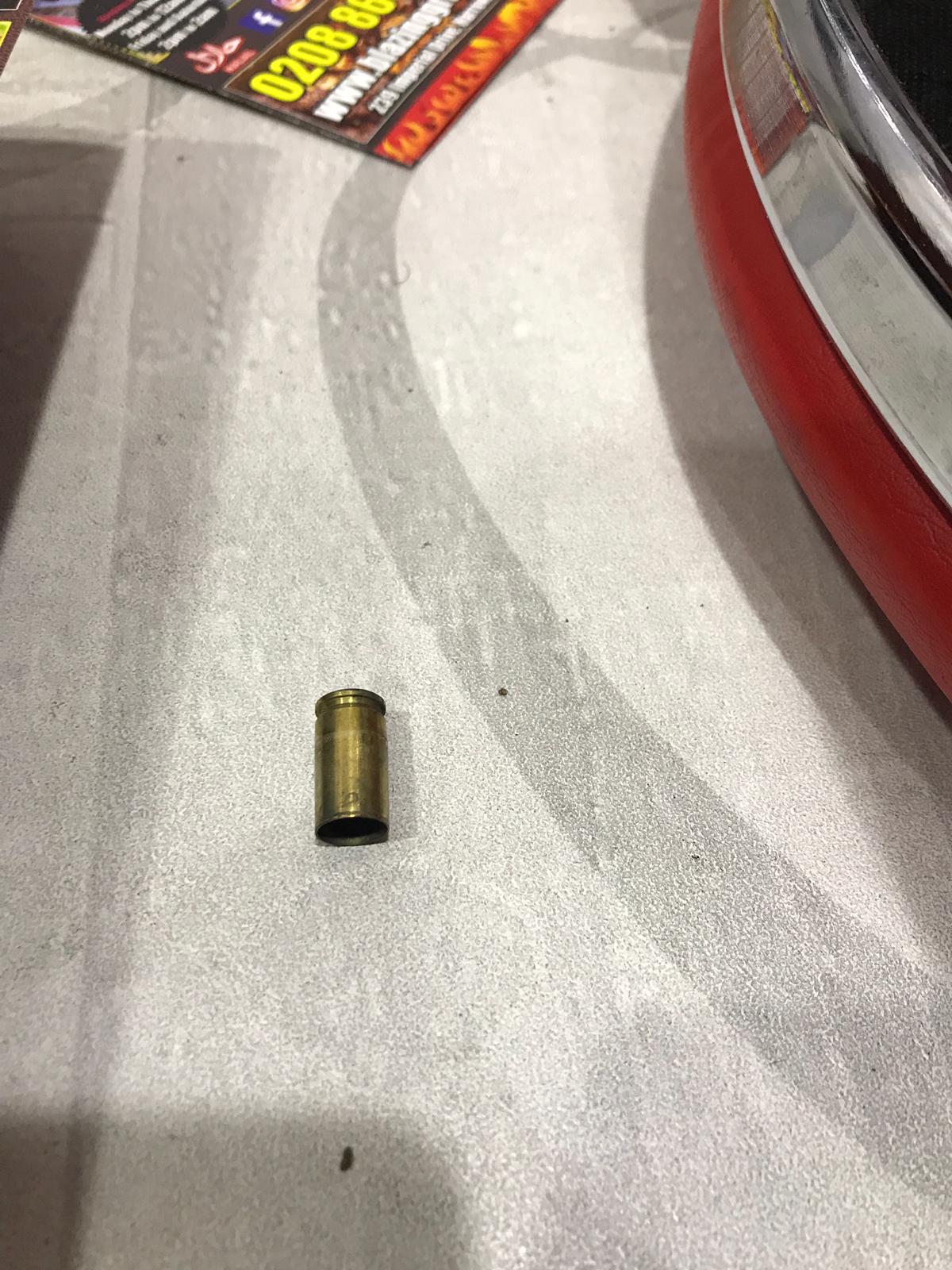 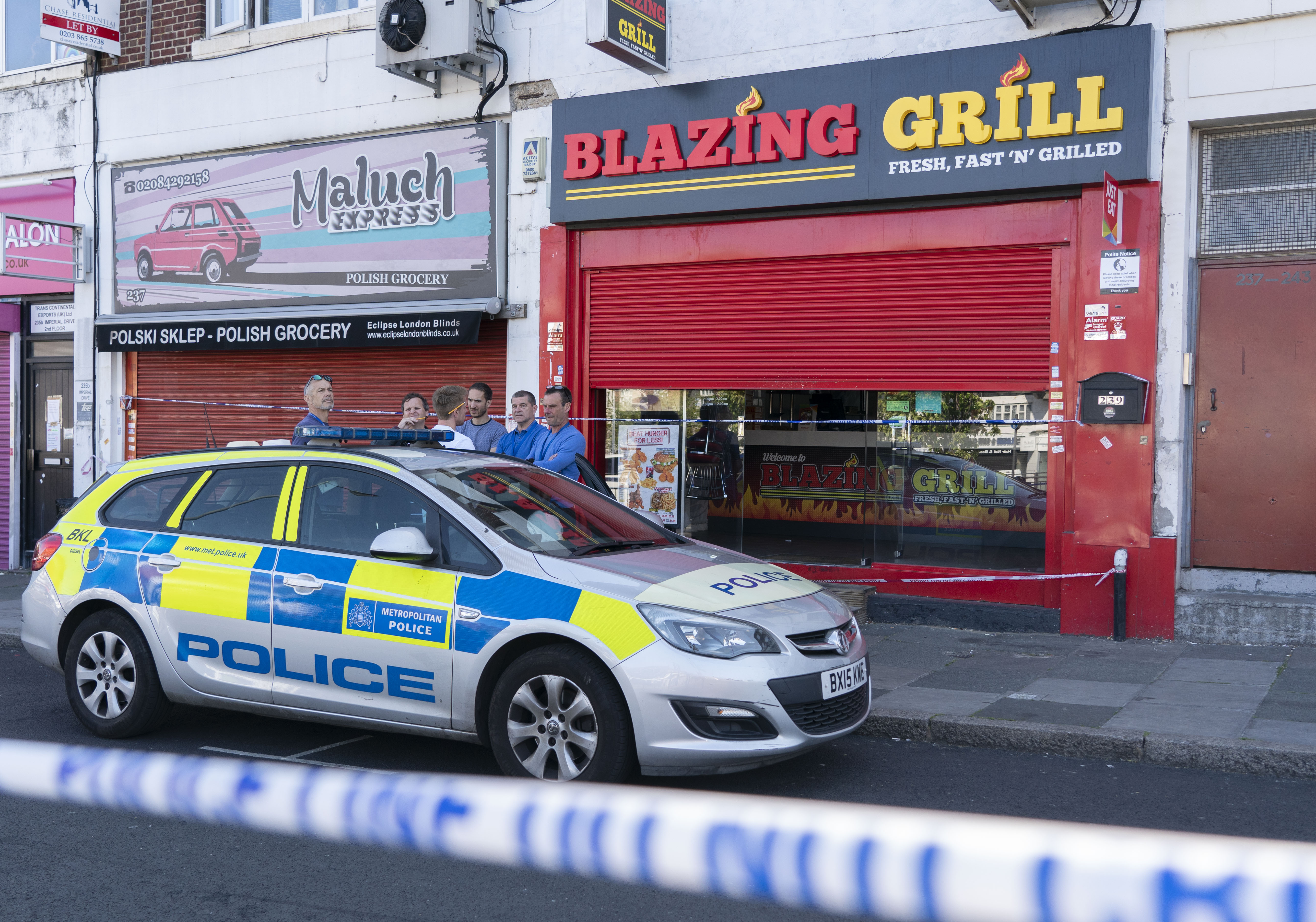 Hannah said: “We didn’t see the gunmen until they’d run off and didn’t realise how close we had come to getting shot until we saw the CCTV.

“We didn’t realise till after they ran away that the chicken kebab had taken the full force of one of the bullets.”

Police sealed off the shop in Harrow, North West London, and took away a bullet casing found on the floor and the kebab for forensic examination.

Blazing Grill owner Jason Das, 31, said: “It was a crazy thing to do and could easily have killed my staff.

“Steaven and Hannah thought blanks might have been fired until they saw the state of the kebab and realised they were lucky to be alive.

“We’ve had to shut the shop and haven’t been allowed in until police finished their work.

“It’s yet another setback because we had only reopened two weeks ago after the lockdown.

“You don’t expect this kind of thing to ever happen in Harrow — it’s not exactly Wild West London.”
Police tonight said no arrests had been made.