SHOCKING video shows a mass brawl erupt in a pub beer garden on its first day of reopening after lockdown.

The fight, which took place yesterday, saw drinkers wrestle on the ground outside a pub named online as The White Elephant in Glasgow. 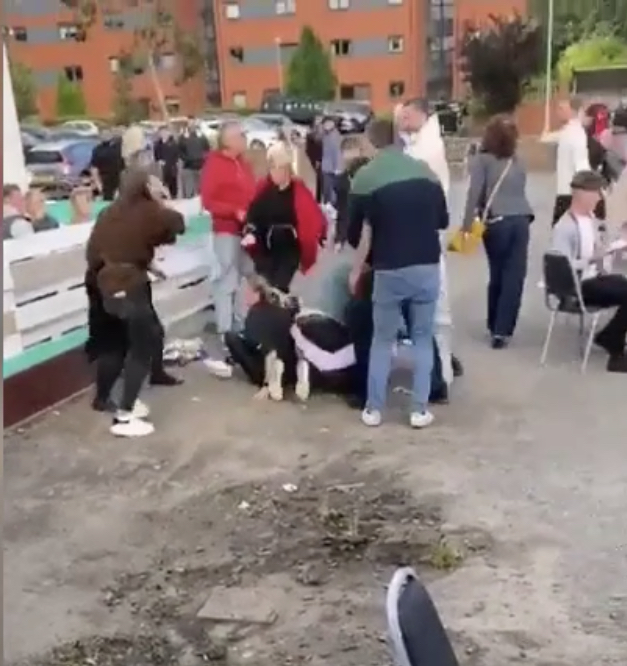 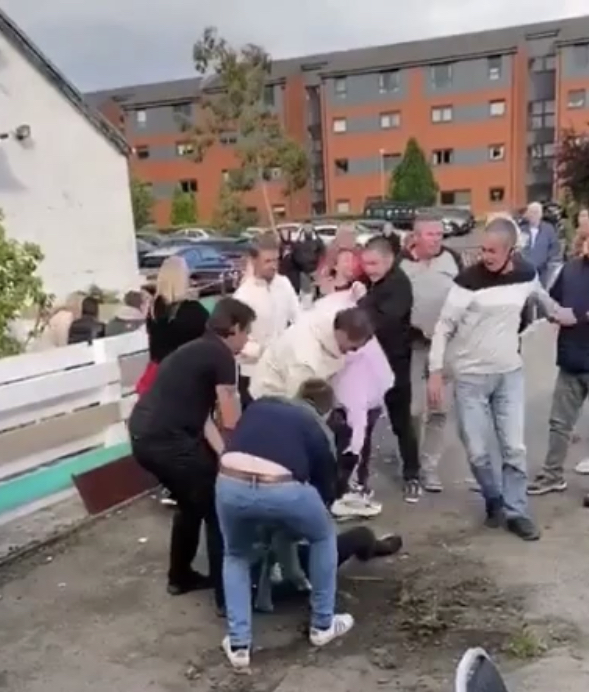 Pub beer gardens in Scotland were allowed to reopen yesterday for the first time since lockdown in March.

The bar had announced on social media it was ready to welcome punters to "one of the biggest beer gardens in the south side" of the city.

Posting a picture of their outdoor area on Facebook, they showed an array of tables and chairs spread out across the car park.

In the caption of the post, they added the hashtags: #DrinkResponsibly and #SocialDistance.

But social distancing didn't appear to last long for some pub-goers as a group were filmed exchanging blows.

In the footage, a woman manages to get up and walks away shouting about having her hair pulled.

A man in a pink hoodie is then seen being pinned to the ground by another man in green. 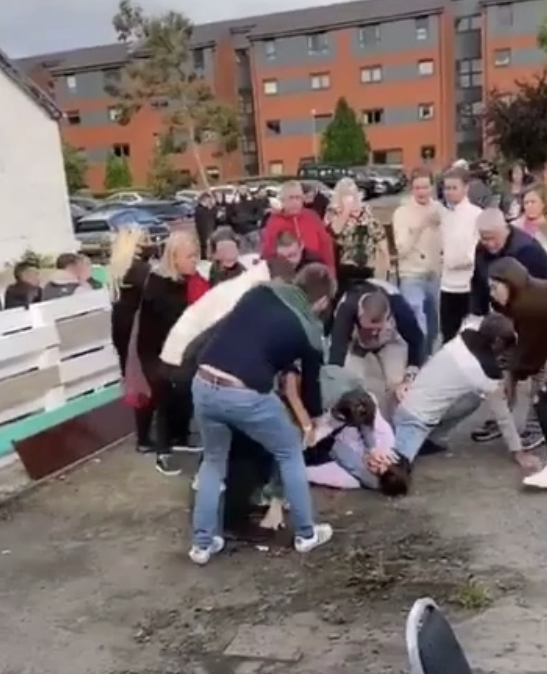 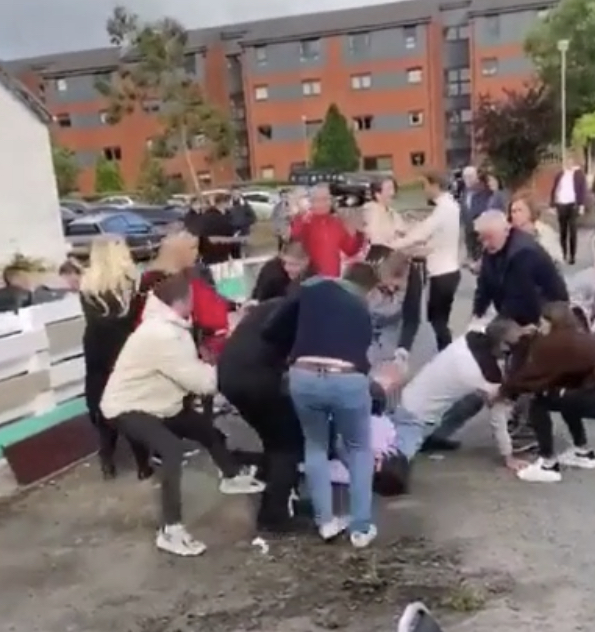 He uses his hand to try and shove his face into the dirt as people struggle to pull him off.

An older man wearing a face mask also tries to extricate himself and is given a hand out of the brawl by a bystander.

Angry shouting can be heard as people try to separate the fight and eventually the man in green is hauled off his victim.

As the clip ends, the two have been pulled apart and the man wearing a face mask is seen being held back from going for more.

The video was shared extensively on social media, where it has since been viewed thousands of times.

The group’s actions have drawn strong condemnation from those who saw the clip.

@steelyhoops wrote: “Oh Nelly, what a circus. Time we said goodbye to this stuff.”

@bcs_scotland added: “Personally I take offence when the nanny state says things like “take it easy and don’t ruin it for everyone else” as I’m an adult & can moderate my own behaviour.

“Then you see this s*** happening by a bunch of brainless idiots. Unbelievable. On a Monday on day 1. Get a grip ffs.”