A BRAVE teen has told how he wrestled a massive shark as it mauled him and his terrified pal – repeatedly whacking it to free his friend's leg from its deadly jaws.

Jack Shaw, 15, and his friend Tiarna, also 15, narrowly escaped with their lives as the huge beast savaged them at a beach near Melbourne, Australia. 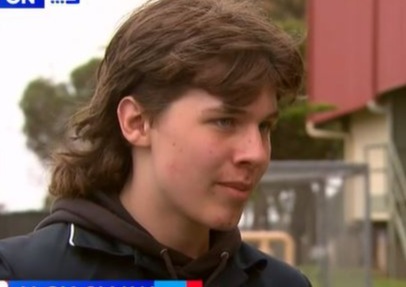 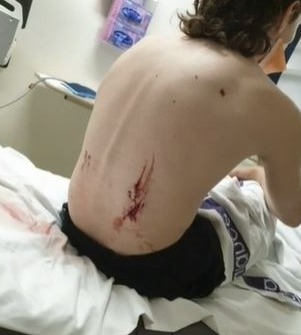 The pair were swimming neck-deep in waters off Ocean Grove beach at about 7pm on Monday when they were set upon what is believed to have been a reef shark or bronze whaler.

Speaking to 9News after returning to school today after heroically battling the shark, Jack said: "I turned around, it got me on the back and then I said, 'swim!' and tried as fast as we could to get back in to shore

"She looked down at (her leg) and it was a shark.

Jack, wearing bandages following the ordeal, says all he could think was "get the shark, get it off, get out of the water" as he fought with the shark.

Despite Jack's best efforts, both he and Tiarna were both injured in the attack – with Jack suffering a centimetre-deep gash and bite marks to his back while his pal has a cut to her hand and a nasty wound on her calf.

The Hobbs family watched on in horror as the monster savaged the teens, and they rushed to help them.

Peter and Dianne Hobbs were at the beach with their children James and Ella when they saw the commotion in the water.

Mr Hobbs was teaching his daughter to surf when the teens started struggling nearby.

Describing on Facebook what happened next, he said: “We could see them splashing but didn’t know what was happening.

“We didn’t see the shark, just the splash, but we heard the cries and our family mobilised.”

Mr Hobbs wrote that his “legend” son James paddled out to help while a stranger also helped the stricken youngsters to shore.

Luckily his wife Di was a former trauma emergency nurse and so was able to ease the blood loss with a tourniquet and towels.

Meanwhile, his daughter Ella had brought in their boards and he called an ambulance and the teens were taken to hospital.

Reports indicate the shark was located within 500 metres of the beach when the attack took place.

A “Dangerous Animal” alert was issued by VicEmergency with locals urged to keep out of the sea. 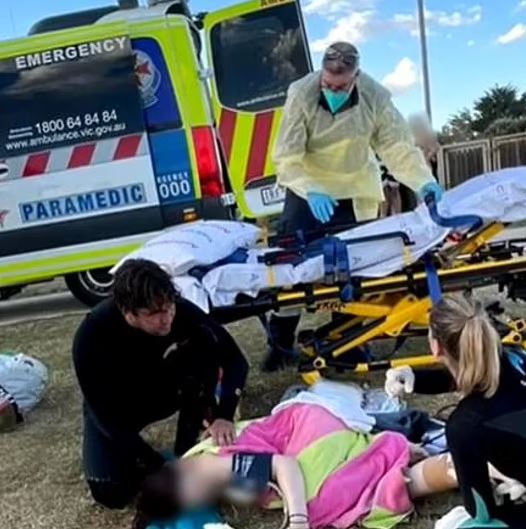