‘Maybe the Clintons won’t get away with it after all’: Donald Trump retweets message after federal prosecutor John Durham’s probe into the FBI’s Russia investigation expanded to look into corruption allegations at the Clinton Foundation

Donald Trump said last night ‘maybe the Clintons won’t get away with it after all’ after federal prosecutor John Durham’s probe into the FBI’s Russia investigation expanded to look into alleged corruption at the Clinton Foundation.

Durham, put in charge of the Russia-gate review by Attorney General William Barr, has sought evidence about federal investigations from around the same time which were looking into the Clinton Foundation, sources told The New York Times.

Durham’s team has revealed that they are comparing the two investigations, as well as looking at whether the Russia inquiry investigators broke the law.

It was not clear whether Durham’s officials were looking into similar allegations at the Clinton Foundation or to what extent it would feature in the conclusions of his inquiry.

Trump last night retweeted conservative commentator David J Harris Jr, who shared a link to an article about the latest developments, writing ‘Maybe the Clintons won’t get away it after all.’ 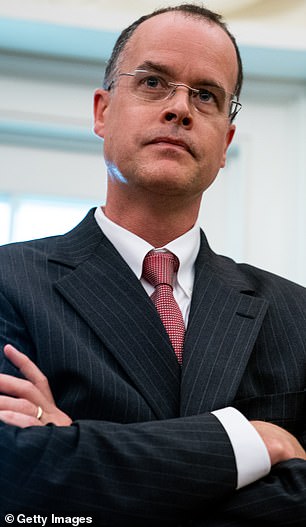 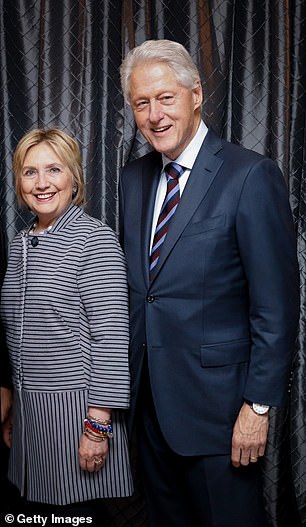 John Durham’s (left) inquiry is now also looking into the Clinton Foundation (Hillary and Bill, right) probe – which was contemporaneous but separate to the Russia probe which was previously thought to be his subject matter

Durham’s approach is ‘highly unusual,’ sources told the Times, and the inclusion of the Clinton investigation suggests that his scope is much broader than previously thought.

The Russia probe – into foreign election interference – and the Clinton Foundation inquiry – into alleged bribery and corruption – differ substantively and have involved largely different investigators and prosecutors.

It comes amid fears by Trump’s opponents that Durham’s work is being weaponized politically.

Democrats last week called on the Justice Department’s inspector general to look at whether Durham’s inquiry was impartial after one of his top lieutenants resigned, reportedly over concerns that their findings would be dropped before election day.

The Clinton Foundation probe started five years ago under the Obama administration and has not resulted in criminal charges to date.

In a statement the foundation said: ‘The Clinton Foundation has regularly been subjected to baseless, politically motivated allegations, and time after time these allegations have been proven false.’

Republicans have claimed that the FBI’s top brass and the DoJ under Barack Obama gave preferential treatment to the Clintons.

They accuse the organizations of taking an overtly political stance against Trump while showing reluctance to investigate allegations about the Clinton Foundation and Hillary Clinton – particularly her use of a private email server as Secretary of State.

‘There was a clear double standard by the Department of Justice and FBI when it came to the Trump and Clinton campaigns in 2016,’ Senate Judiciary Chairman Lindsay Graham said in August.

Durham’s investigation has produced one criminal case so far against an FBI lawyer for attempting to secure a wiretap to eavesdrop on a former Trump adviser.

It was not clear at the time whether Clinesmith had flipped and was assisting Durham’s investigation.

‘You think you are mad about the phones being wiped?’ Graham said. ‘We’ll talk in about 10 or 12 days and we’ll see if there is something else you can get mad about.’