McDonald’s, Audi and Volkswagen among brands creating social distancing versions of their famous logos – The Sun

MCDONALD'S, Volkswagen and Audi are among some of the global brands to create social distancing versions of the logos during the coronavirus pandemic.

Social distancing is advice being given out worldwide that people should stand at least six feet apart to reduce risk of spreading the killer virus. 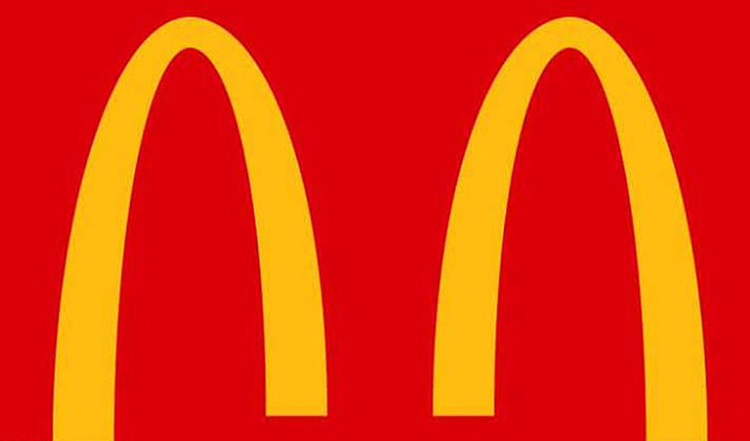 The term has been used around the world, and now some famous brands are offering a helping hand for people to remember the potentially life-saving advice.

McDonald's has released a version of its golden arches logo standing apart from one another.

It was posted on Facebook by the Brazilian arm of the worldwide fast food giant as a reminder of how everyone can help to beat coronavirus.

In the caption, it said: "Thanks for keeping your social distance."

VW's parent company also owns Audi, which joined in with its own new split logo.

They released a video featuring the classic four ring badge broken apart as they urged customers to keep their distance.

Coca-Cola is now also running an advert in Times Square showing a space between each of the letters of its logo.

Beamed over the now deserted landmark, the slogan reads: "Staying apart is the best way to stay connected." 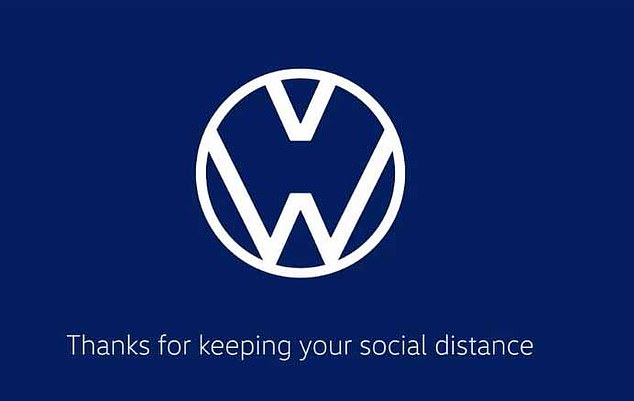 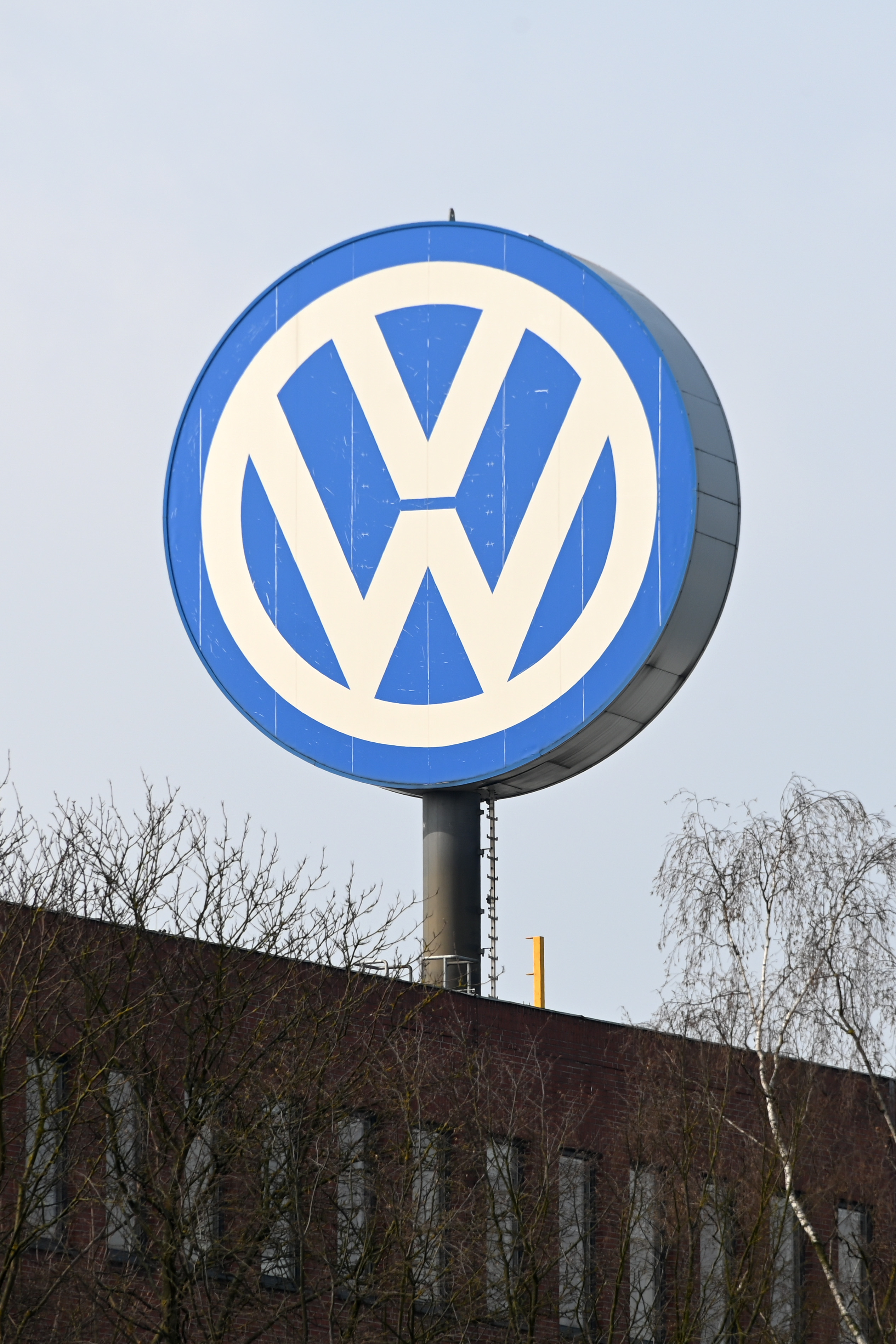 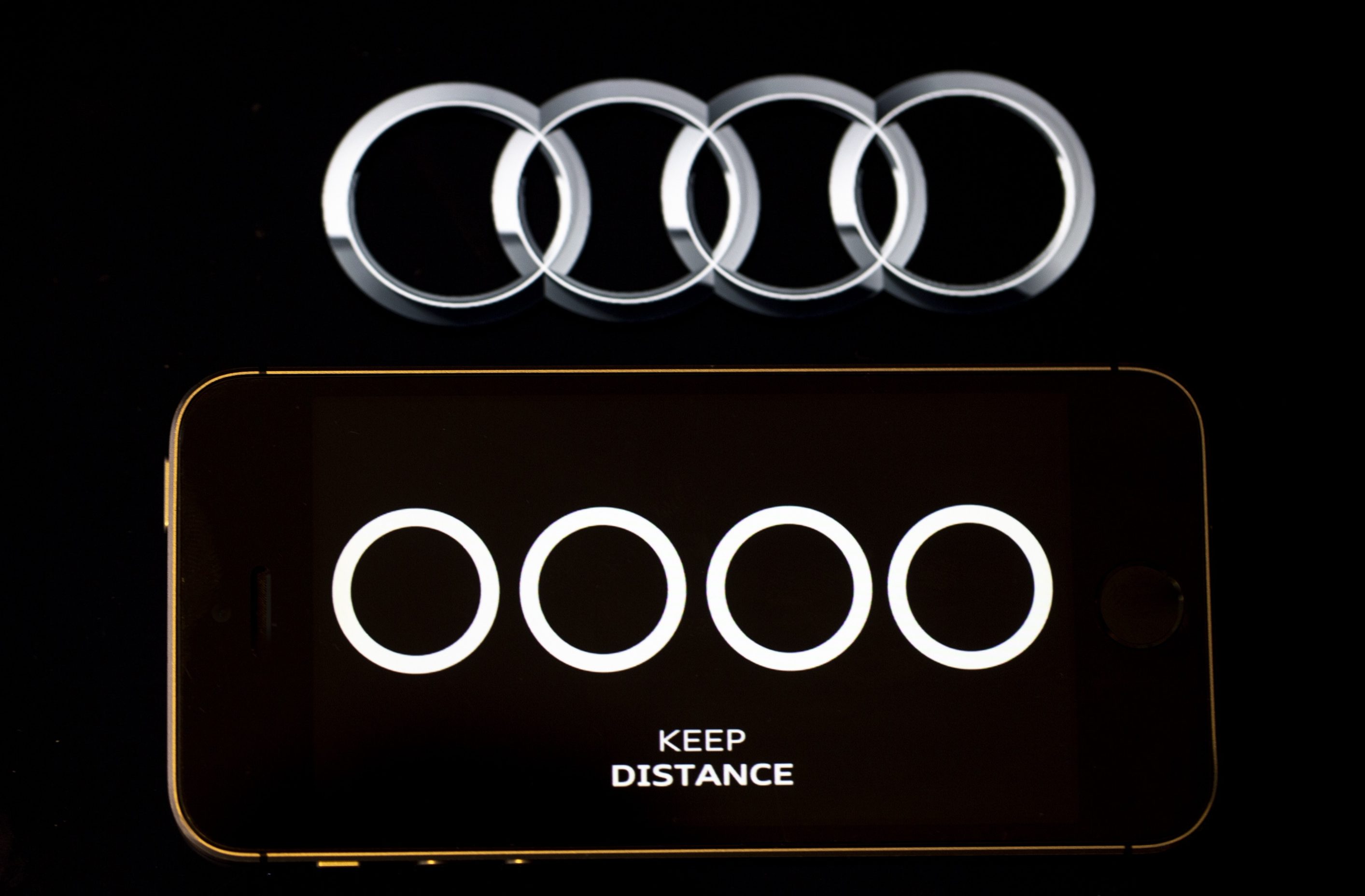 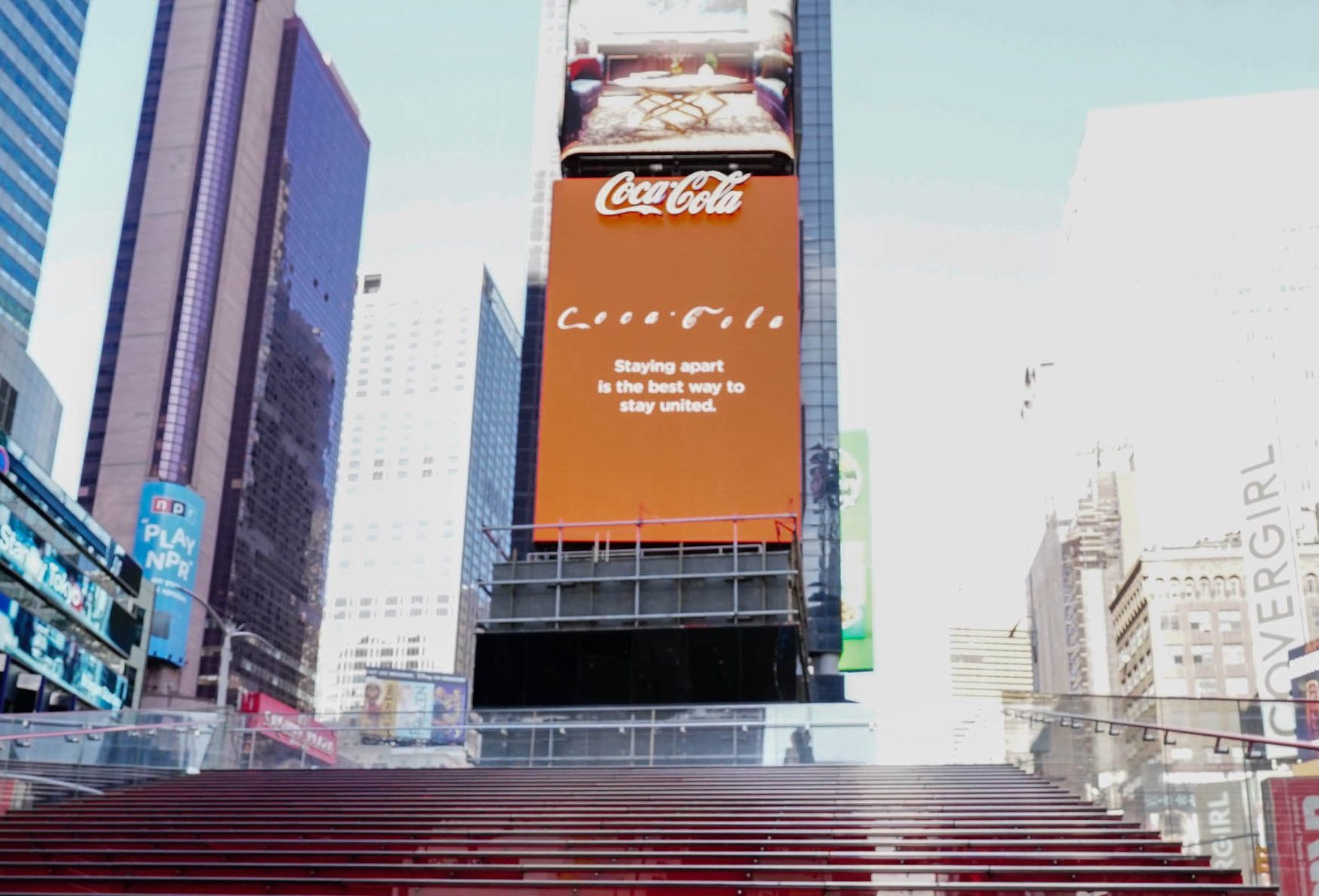 Italian sportswear brand Kappa also re-created its logo of a man and woman sitting back-to-back – instead having a space between them.

And while Nike did not reinvent their famous tick, they launched a social media campaign urging people to keep their distance.

It said: "If you ever dreamed of playing for millions around the world, now is your chance.

"Play inside, play for the world."

Huge swathes of the world are now on shutdown as governments urge people to stay at home and stay safe. 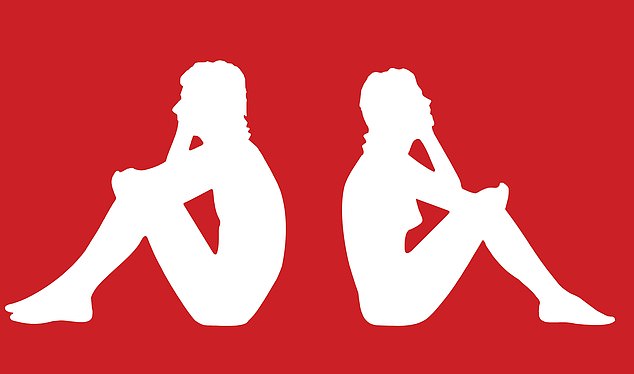 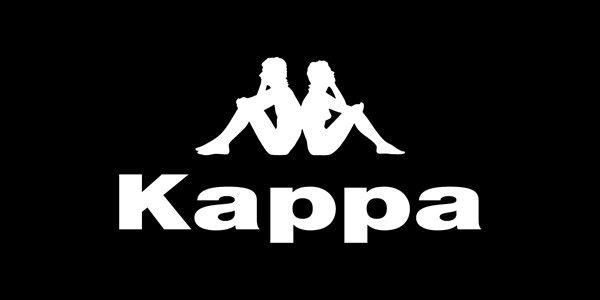 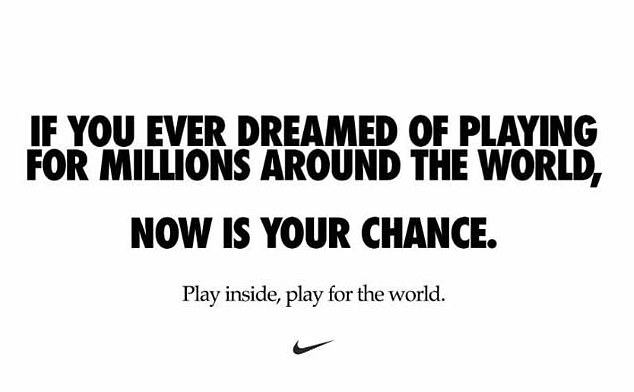 Coronavirus has burned its way across the globe after first appearing in China at the end of 2019.

Social distancing and self-isolation are believed to be the most effective way to beat coronavirus.

Governments are trying to slow infection rates so they can manage the amount of sick people needing treatment in hospitals.

The United States currently has the highest number of cases in world, followed by Italy, Spain and China.

Britain currently has the eighth highest number of infections as it nears 20,000 confirmed cases with almost 1,300 deaths.

Dr Jenny Harries, the deputy chief medical officer for England, said the lockdown could last for six months – or perhaps even longer.

She said it was impossible to say exactly how long the measures imposed on Brits’ freedom of movement will need to be in place.

The top doc warned medics and ministers will reassess them every three weeks, but we may face severe restrictions for the long haul.

Dr Harries said: "To make it clear to the public, if we are successful we will have squashed the top of that curve [of infections] which is brilliant.

“But we must not then revert to our normal way of living — that would be quite dangerous.

“If we stop, then all our efforts will be wasted and we could potentially see a second peak. 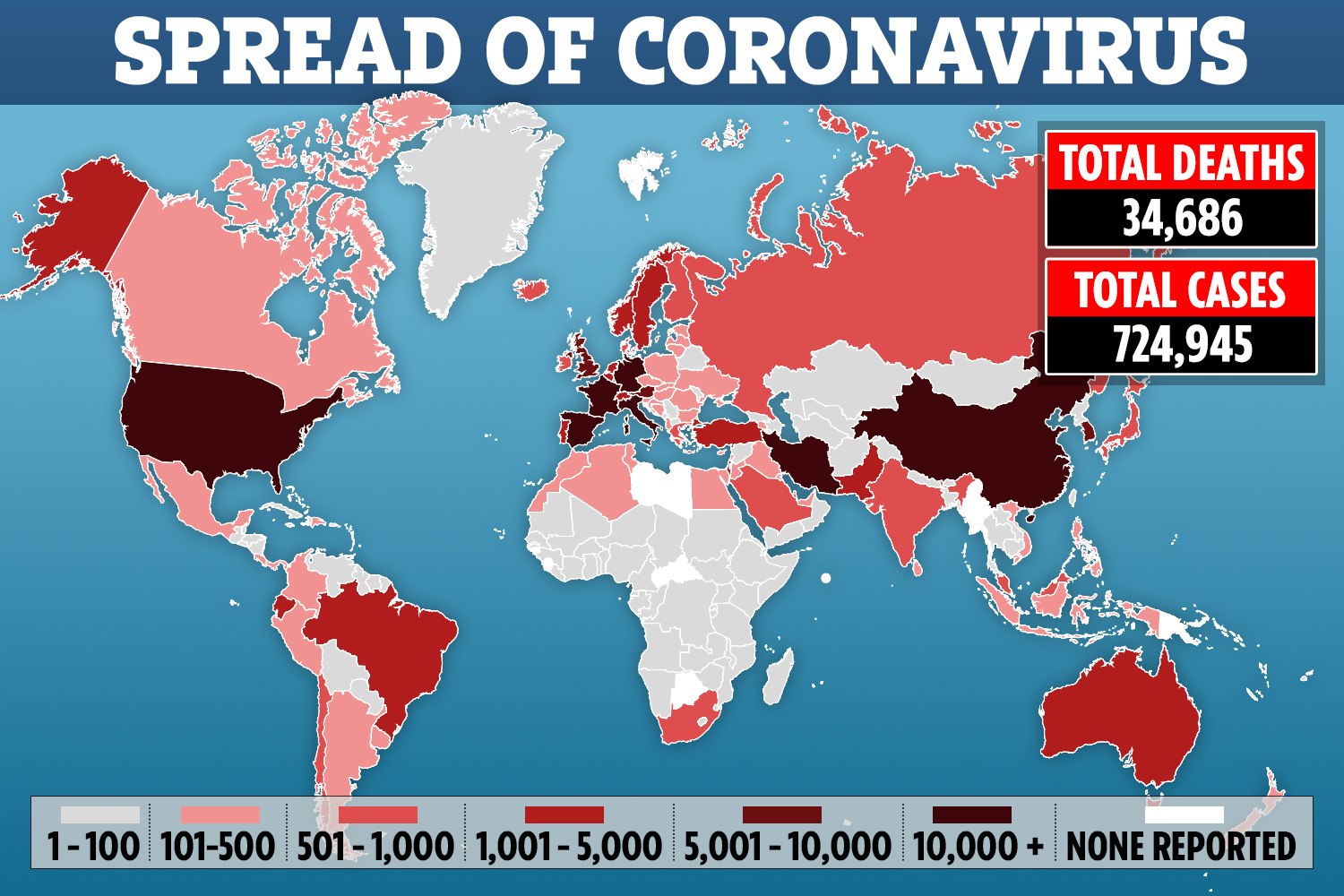