Most of the 19 bodies found shot and burned in a northern Mexico border state may have been Guatemalan migrants from a small group that began heading toward the U.S. earlier this month, relatives said.

Ramiro Coronado told The Associated Press by telephone that his nephew, 31-year-old Adán Coronado, was among a group of 13 migrants who left for the U.S. from San Marcos about two weeks ago.

“It was the first time he had gone [to the U.S.] He said he wanted a better life situation for himself and his family,” Coronado said of his nephew.

Coronado said the group had been keeping in contact with family still in Guatemala, but there had been no word from them since Thursday, when they were apparently in or near Tamaulipas in the northeast of Mexico. 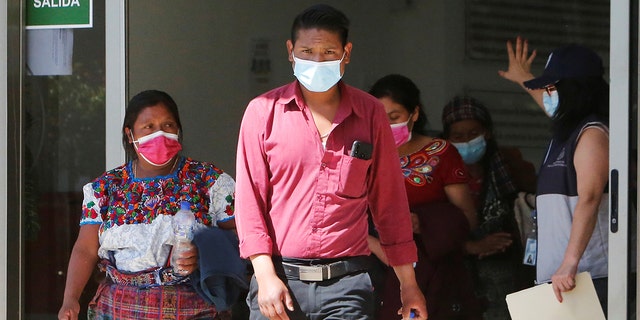 Members of Guatemalan Maya families, who feared their relatives were among 19 bodies found shot and burnt at the weekend in a remote part of northern Mexico along a route popular with migrant smugglers heading toward the U.S. border, leave the Faculty of Medicine after taking DNA samples to help in the identification, in Guatemala City, Guatemala on Jan. 25, 2021.
(REUTERS/Luis Echeverria)

Bodies were discovered late Friday along a dirt road outside Camargo, a town that sits across the Rio Grande from Texas, after residents reported a vehicle on fire, the Tamaulipas state prosecutor’s office said. Four bodies were found in the cab and near the vehicle, and the other 15 were piled in the bed of the truck.

All had been shot, but shells were not found at the site, leading investigators to believe they were killed somewhere else. The bodies were so badly burned that they could not immediately be identified.

While Mexican officials have not confirmed whether any Guatemalan migrants were among the bodies found, the country’s Foreign Ministry said it was collecting DNA samples from a dozen relatives to see if there was a match.

“They cannot find development opportunities in their hometowns, which have historically been totally abandoned by the government,” Gálvez wrote. “The dream of our children and youths has become to reach the United States.”

The border town, also a major smuggling transit point for drugs and migrants, is located near the edge of territory historically controlled by factions of the Gulf cartel and in recent years a remnant of the Zetas known as the Northeast cartel has tried to take over.