Police release details of missing Olympus camera which may hold key to solving sex murder of mother-of-two, 33, whose blood-soaked body was found in woods 35 years ago

Police hoping to end the 36 year mystery over the death of a mother who disappeared after dropping off her children want to speak to anyone who may have bought a high-priced camera at the time of her murder.

Shelley Morgan, 33, disappeared in June 1984 after dropping her two children off, as she planned to spend the day taking photographs and sketching.

The mother-of-two never returned home and her remains were discovered four months later among woodland near Backwell, Somerset. 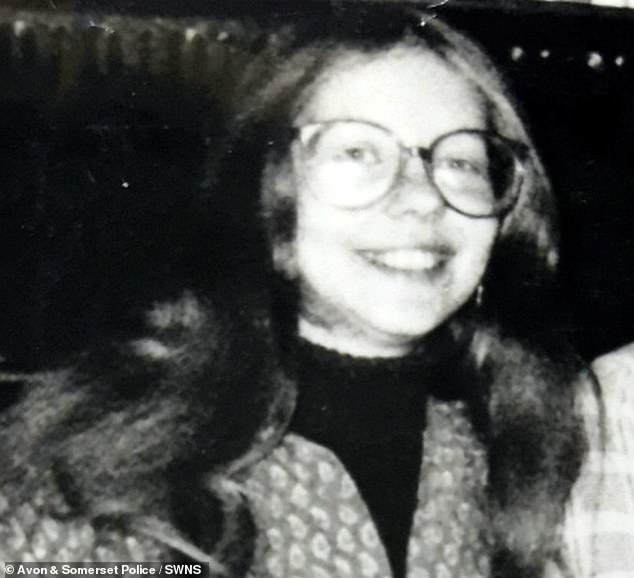 Shelley Morgan’s remains were found five months after she disappeared, in a woodland copse near Backwell, Somerset 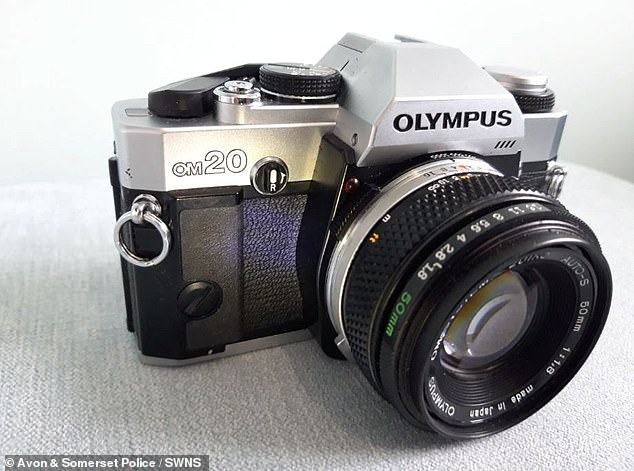 The US-born art college student was heading towards Leigh Woods near Ashton Court, where she planned to spend the day sketching and taking photographs.

When she failed to pick her children up or return home to Dunkerry Road in Bedminster, the police were called and a missing person inquiry was launched.

Four months later, on October 14, children playing in a wooded copse off Long Lane in Backwell Hill discovered her remains.

Forensic experts later established that Shelley, from Bedminster, Bristol, had been brutally stabbed to death, in a sexually motivated attack.

Her clothing and personal belongings were missing from the scene, including her expensive Olympus OM20 camera, and her killer has never been identified.

The mystery prompted Avon and Somerset Constabulary to appeal for information last year, on the 35th anniversary of the murder. 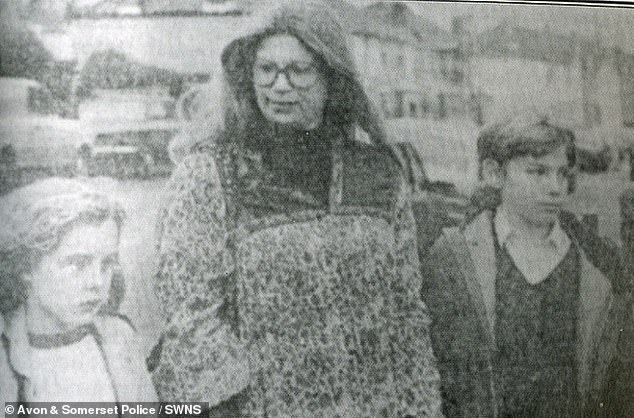 Shelley Morgan, 33, disappeared in 1984 after dropping off her two children at school. The keen photographer was planning to spend the day taking pictures and sketching, but never returned to her home in Bedminster, Bristol 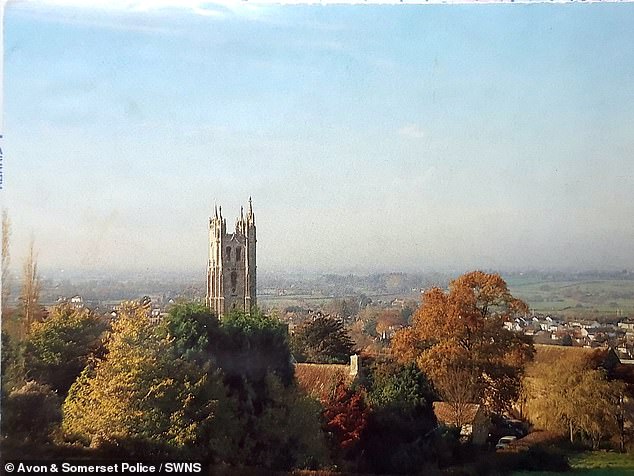 Last year detectives released images of two postcards which they say may have a ‘significant bearing on their investigation’. Pictured is Backwell, the village where the mother-of-two’s body was found 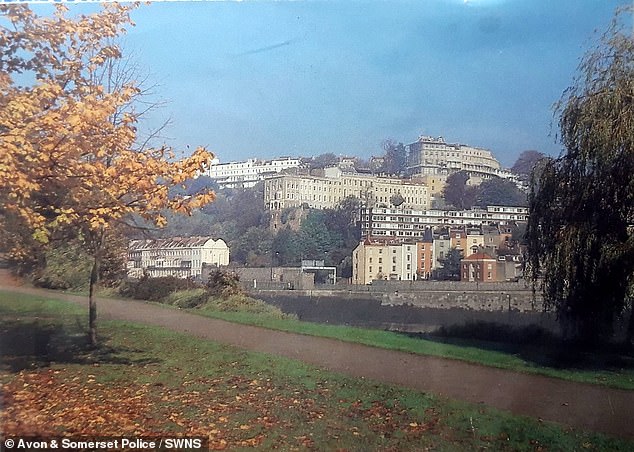 The tear-off postcards are from a calendar sold by the local Bristol Hospice charity in the 1980s or 1990s. Avon and Somerset Police believe Shelley may have taken these pictures

Detectives released images of two postcards which they say may have a ‘significant bearing on their investigation’.

The tear-off postcards are from a calendar sold by the local Bristol Hospice charity in the 1980s or 1990s and show two significant locations.

Both are linked to the areas where Shelley was heading for on the day she disappeared and where her body was found five months later.

Police were keen to speak to anyone who may have bought this calendar or who kept the tear-off postcards with these specific images, possibly for some time.

Leads continue to be followed up, but detectives would now particularly like to hear from anyone with information about Shelley’s missing camera and the identity of the killer.

It is thought that the missing Olympus OM20 35mm film – camera serial number 1032853 – may have been given or sold on to an innocent purchaser. 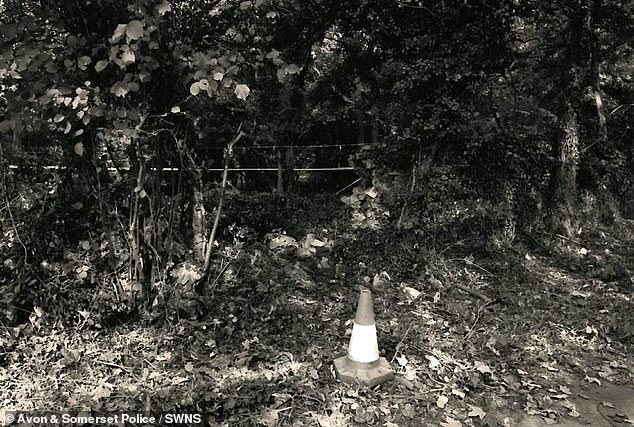 Detective Inspector Andrew Sparks, of the Major Crime Review Team, said: ‘Shelley’s family will never recover from their loss but we are determined to do everything possible to identify the killer and provide some closure for them.

‘I would urge anyone with information, no matter how small, to come forward.

‘Loyalties and relationships change over time and there may be someone who didn’t feel able to speak to us at the time, but who may be in a position to do so now.’

Speaking last year, Mrs Morgan’s sister, Holle Brian said: ‘For 35 years I have watched the events of Shelley’s death pass by without her.

‘It has been 35 years of silence and the life she didn’t get to live. 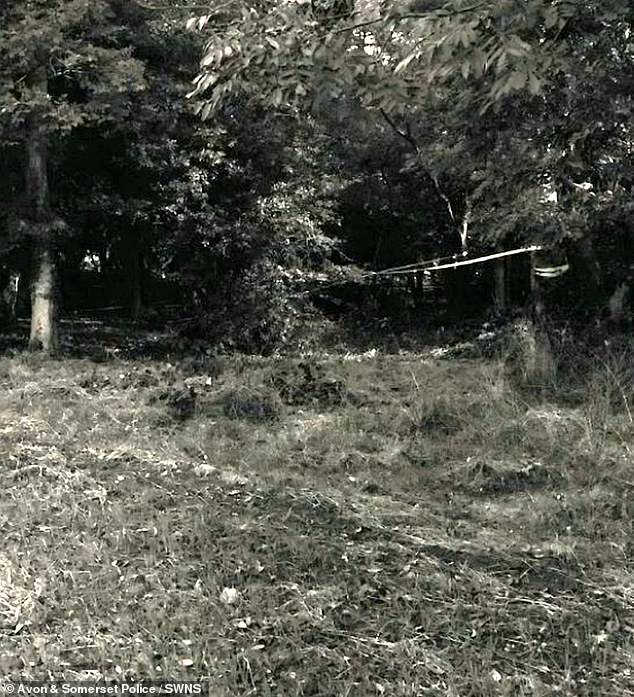 When police arrived at the woodland, the US-born art college student’s clothing and personal belongings were missing from the scene

‘As long as we carry Shelley in our hearts she will always be with us. We are getting older and the time will come when all the doors are closed.

‘We beseech you if you know anything about that day back in June 1984. Please come to the police; maybe you were afraid to speak out at the time; maybe your situation has changed.

‘Out of love and respect to my sister we really want to know what happened and be sure that the person that killed her will never hurt anybody ever again.’