A very Little Italy! Model village of Italian landmarks including 6ft Rialto Bridge and a mini Leaning Tower of Pisa is found hidden in Welsh woodland

A magical model village of Italian landmarks faces a fight to survive after it was discovered crumbling and overgrown in a Welsh woodland.

The stunning collection of over 30 landmarks features a 6ft Rialto Bridge from Venice, a pint-size Duomo from Florence and a miniature Leaning Tower of Pisa.

It was lovingly crafted over 25 years by late chicken farmer Mark Bourne and wife Muriel next to their 19th Century cottage near the village of Corris in Gwynedd, North Wales.

But the collection which has been hidden in countryside faces ruin after becoming reclaimed by nature and falling into disrepair. 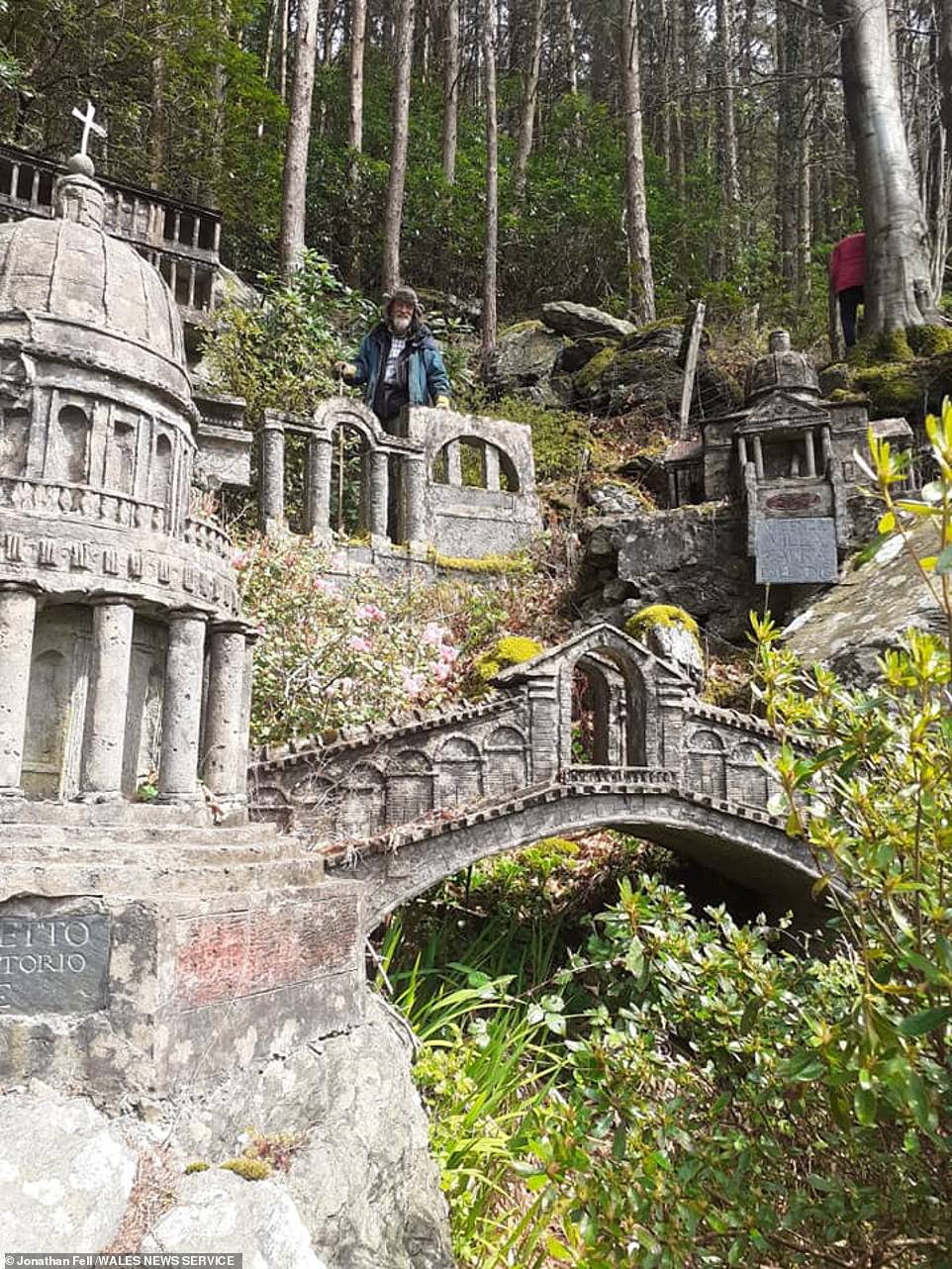 A miniture model of Tempietto at San Pietro in Montorio, Rome (left) , and a 6ft Rialto Bridge from Venice (right)

The Little Italy Trust has now been set up to save the homage to Italian architecture, which was started by Mr Bourne following his frequent trips abroad to his beloved Italy.

He would return home with sketch books full of drawings and spend the next six weeks using chicken wire and mortar to build his creations.

Farmer Mr Bourne would also recycle dumped items – and used an old wash boiler to mould the dome of his Tempietto.

Before his death in 2009 Mr Bourne said: ‘Italy is a beautiful but impossible mistress – and Wales is the wife I love to leave.’ 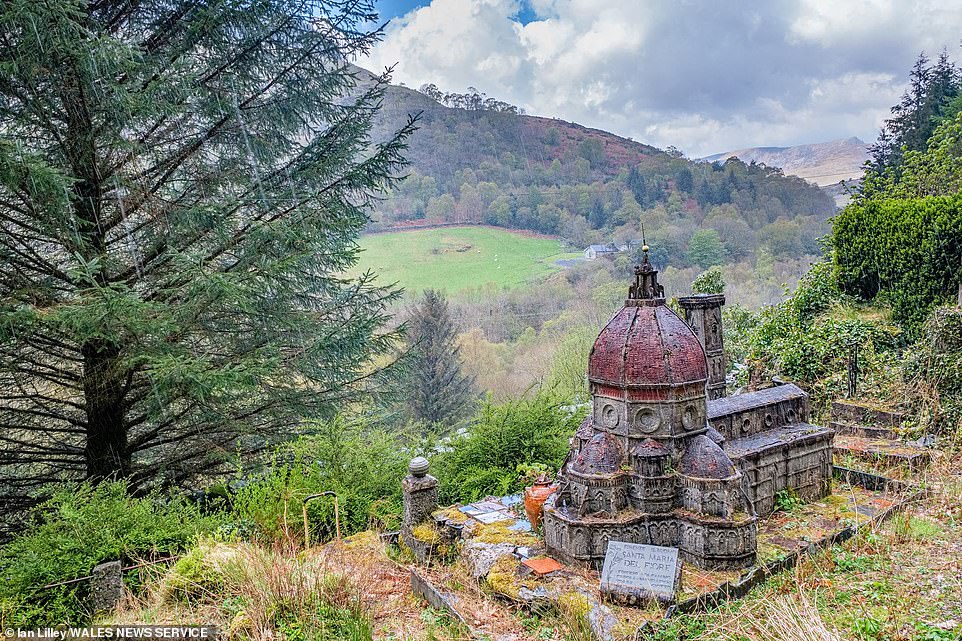 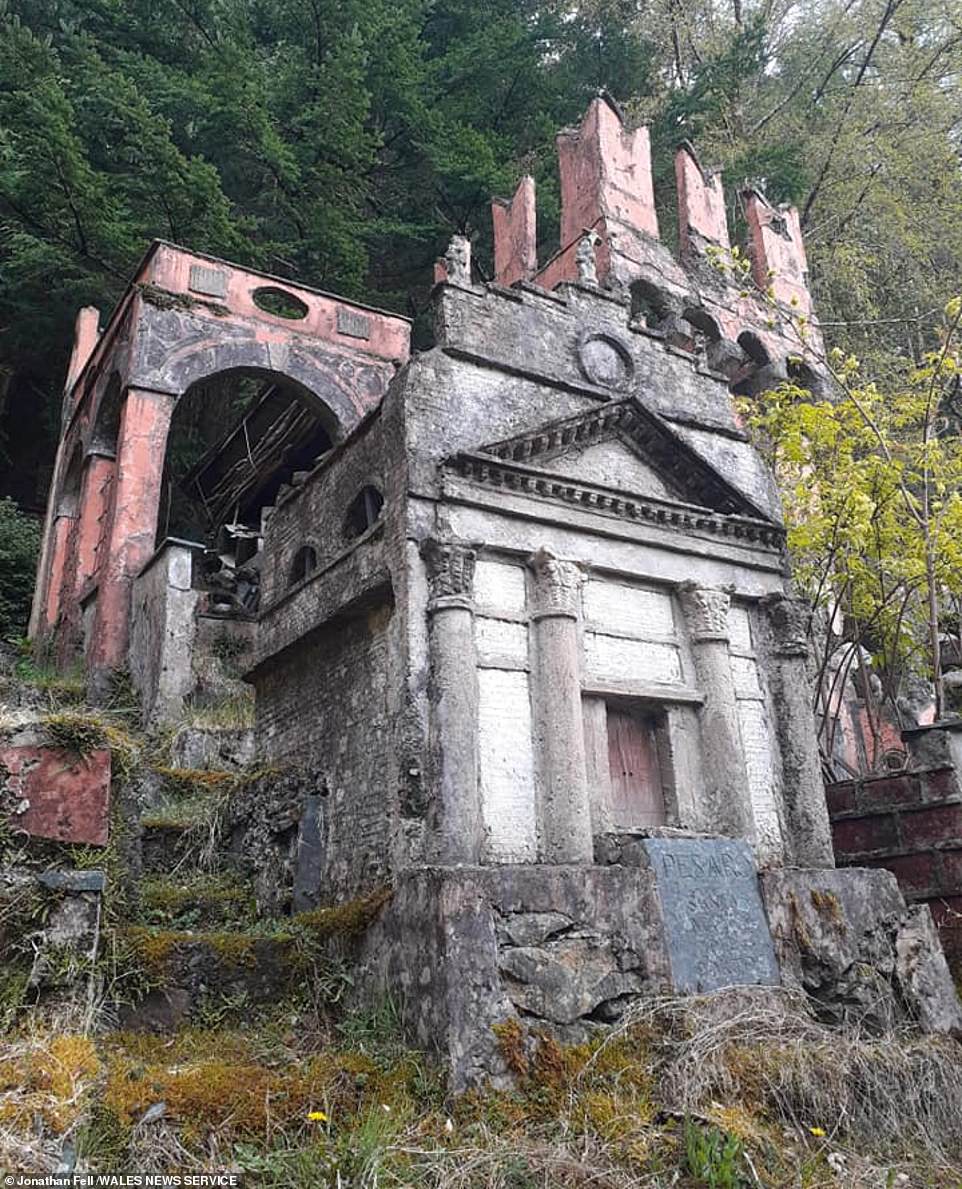 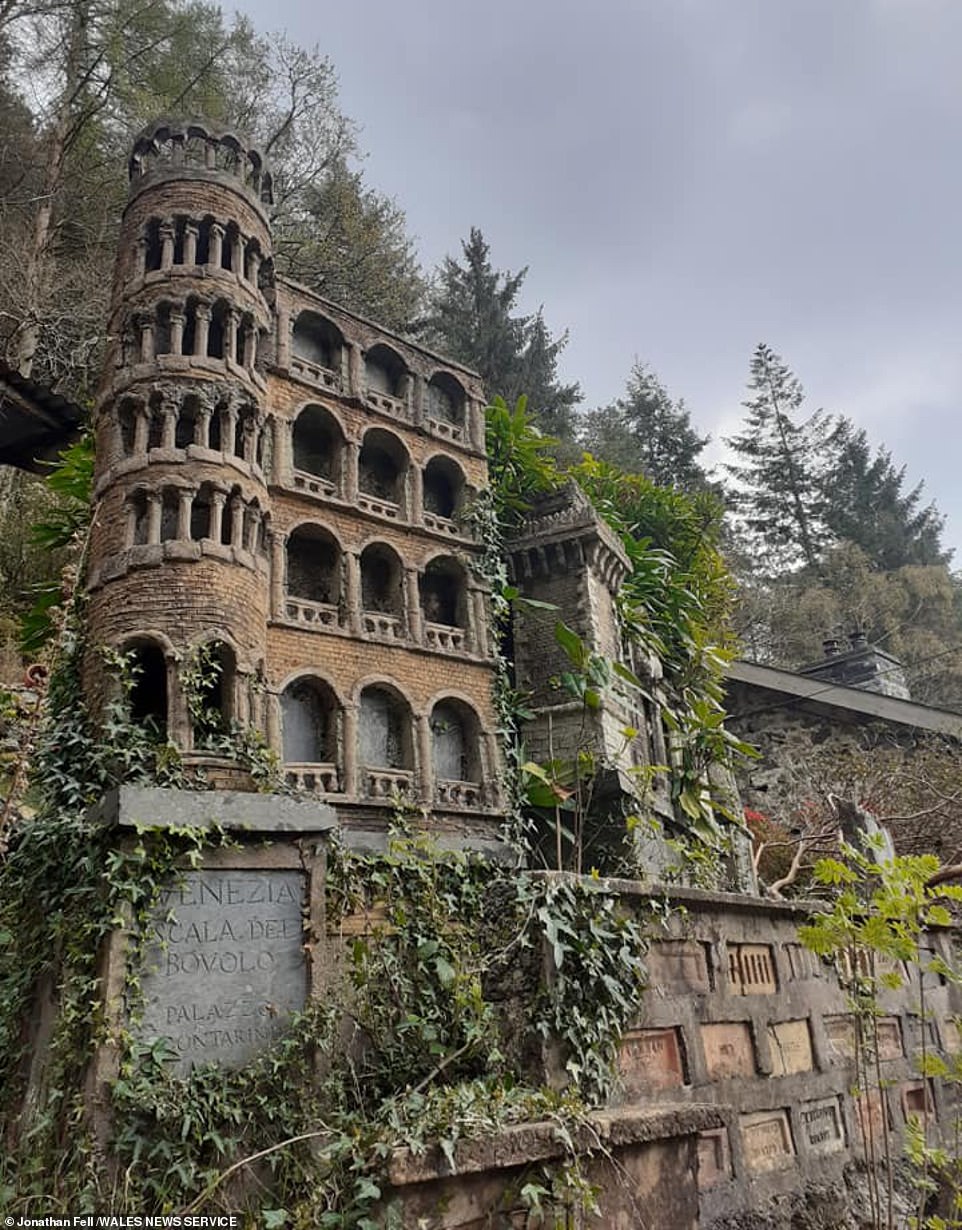 An intricate model of Palazzo Contarini del Bovolo, Venice, is hidden behind ivy in the Welsh woodland 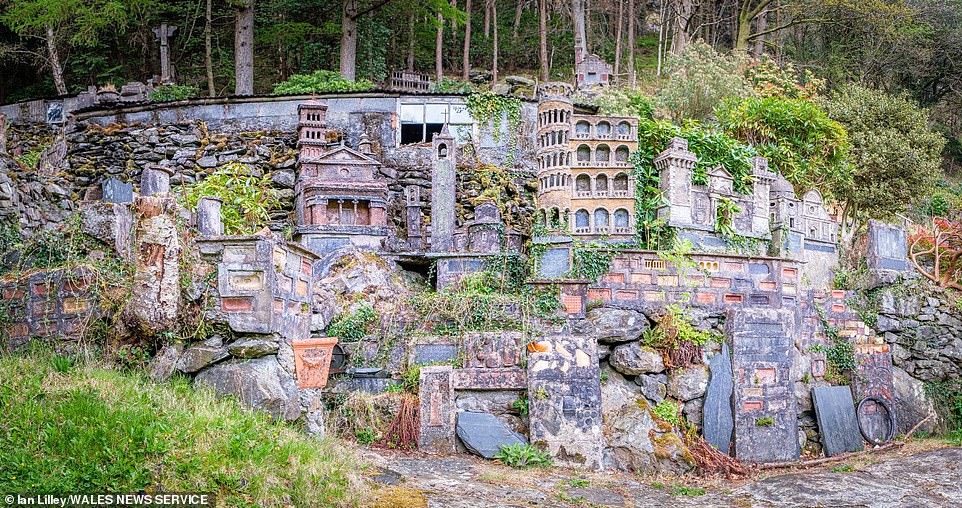 A view of the Italian scene, which has been built into a small hill like much of Italy’s scenery is in real life 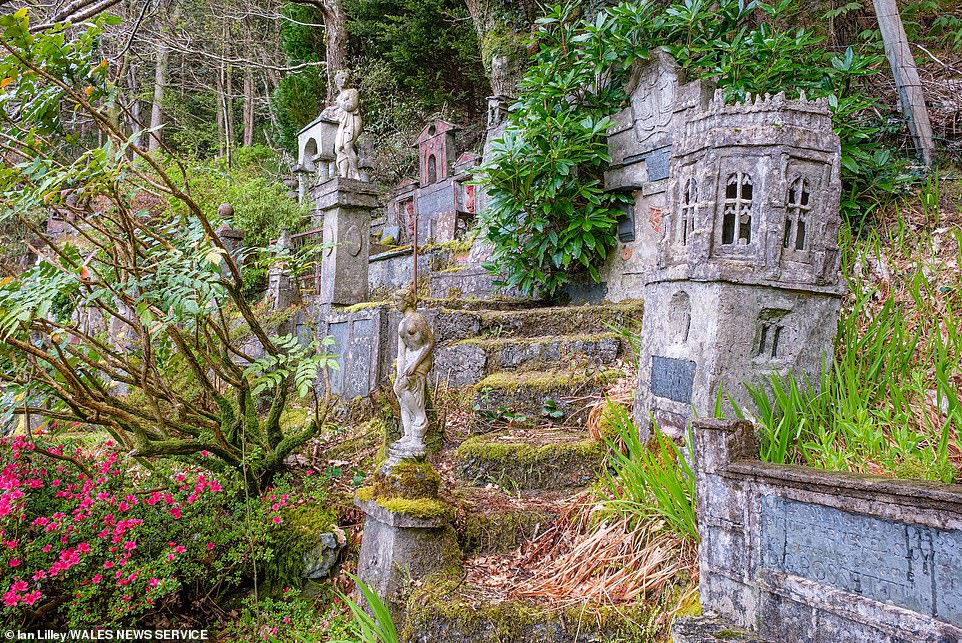 The village of miniature landmarks is adorned with small versions of famous Italian statues, now covered in moss

Orchard gardener Jonathan Fell, who once worked as a designer at the Royal Pavilion in Brighton, is helping to rescue the models.

He said: ‘In Welsh terms, these are a national treasure. We have perhaps a decade to stabilise them before they are lost forever.

‘I’ll be using white lime as mortar. It’ll leave white spiders webs across repaired structures but over time these will turn green and fade. 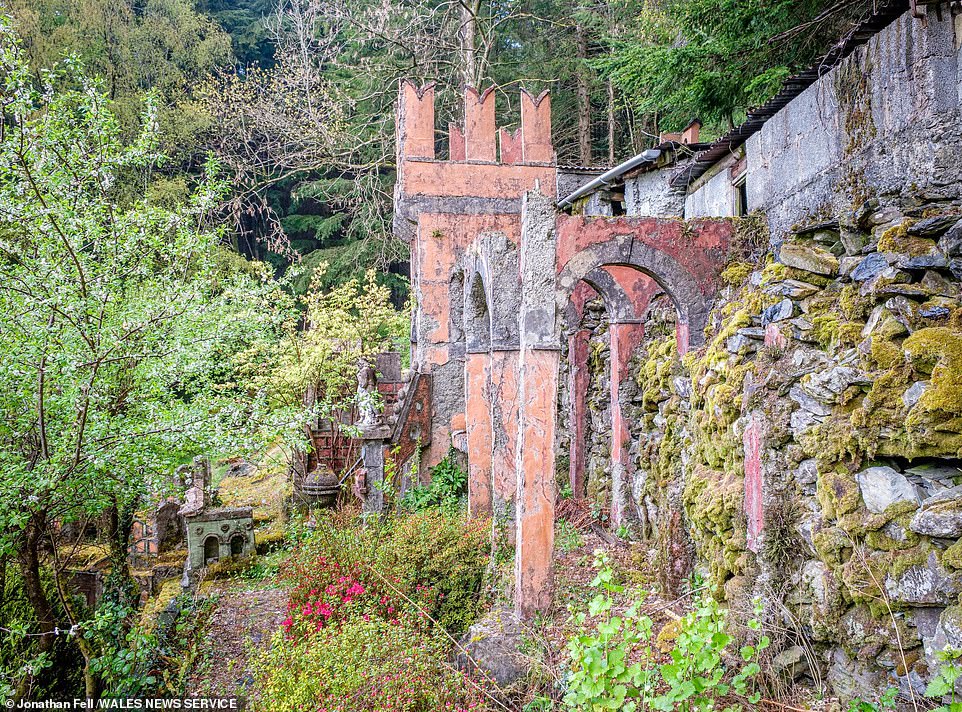 Arches in orange mortar which could represent Bologna’s Portico di San Luca. A conservation ‘fingerprint’ is to be recorded so that the original designs are preserved 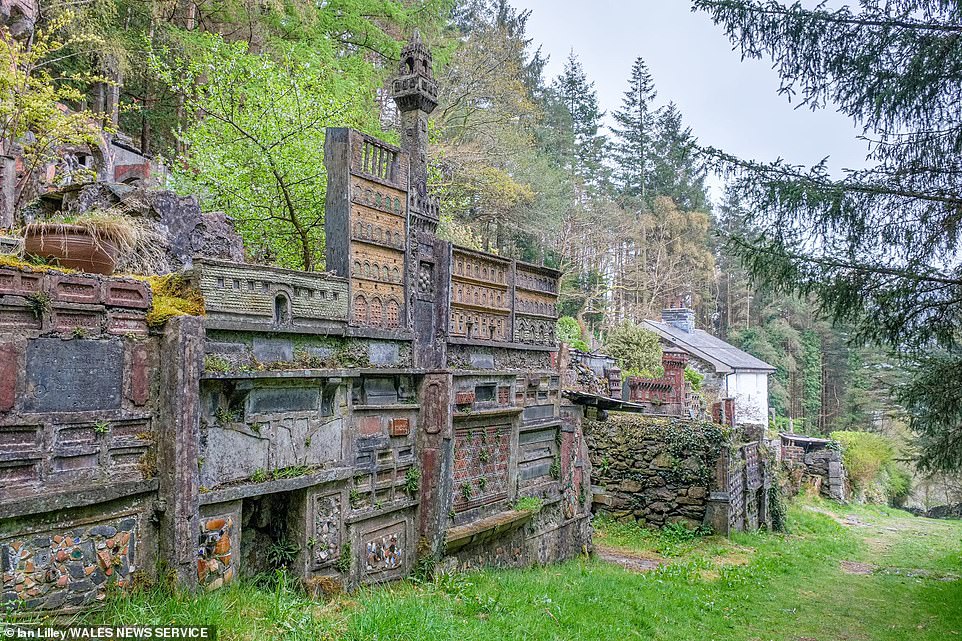 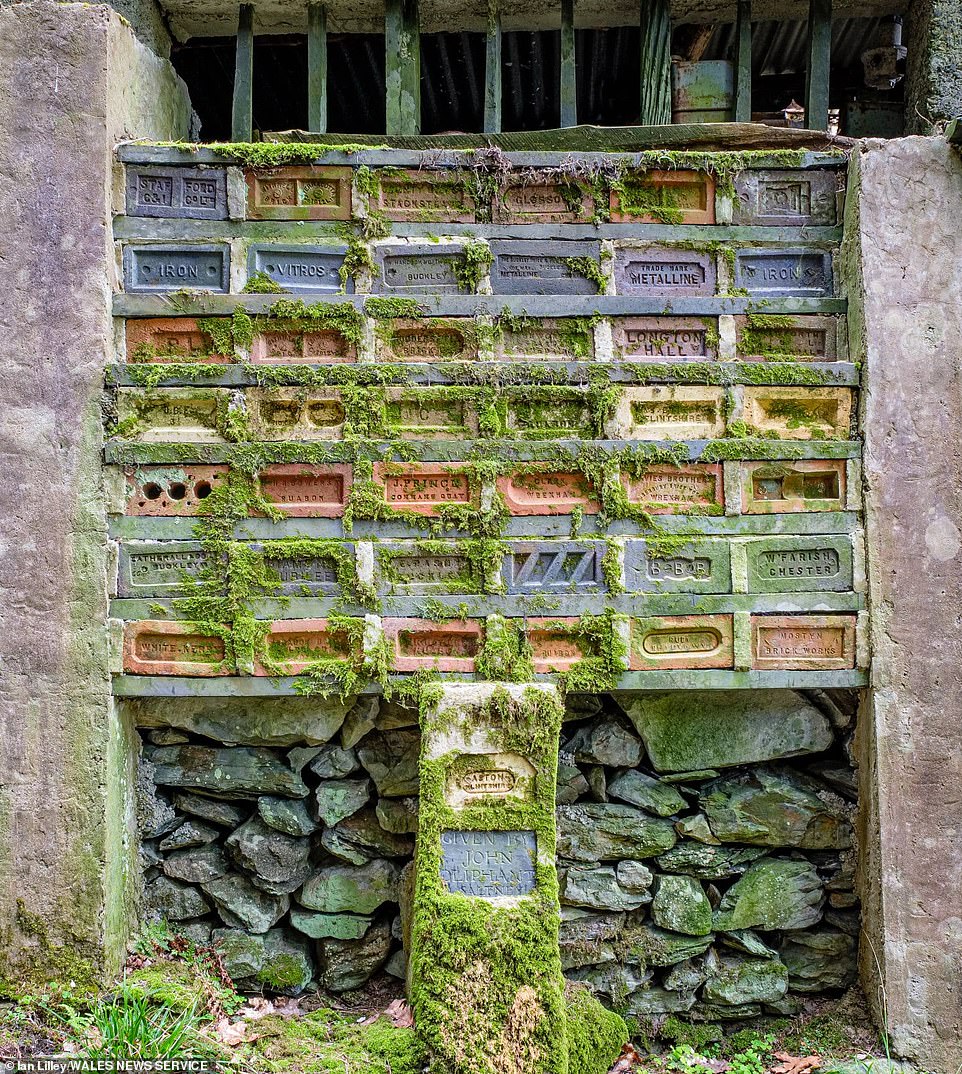 The Little Italy Trust has now been set up to save the models, a homage to Italian architecture was started by Mr Bourne following his frequent trips abroad to his beloved Italy 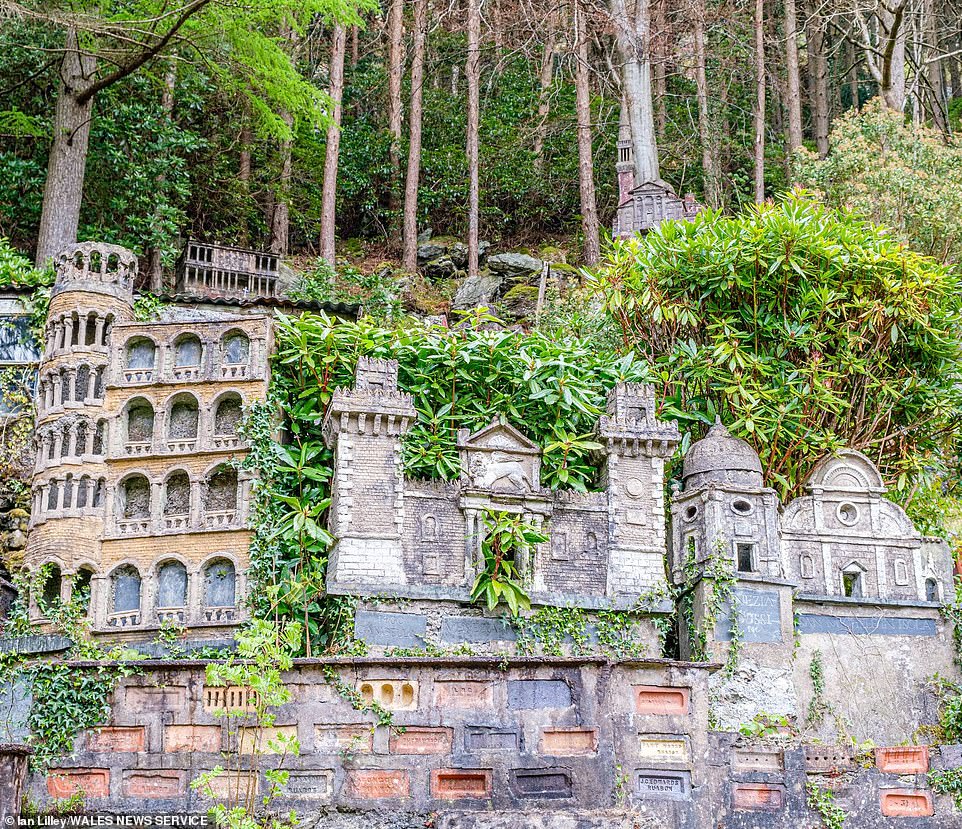 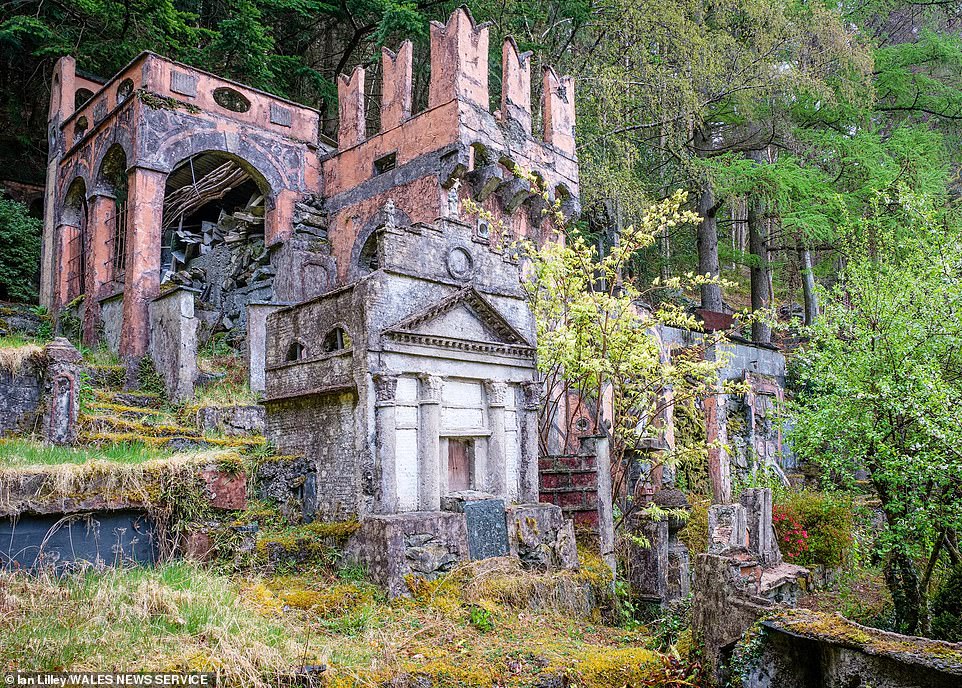 ‘It’s important that we leave a conservation fingerprint so that we know exactly what was done whilst staying true to the original designs.’

Jonathan now has eight regular volunteers and four part-timers working to save the structures.

Visitors are being asked to stay away from the site while work is carried out.