Bodycam footage captures the moment police bust an illegal rave with over 40 people crammed into a vault at a disused bank in West London.

The Metropolitan Police issued fines of £800 to each individual present at the Covid rule flouting gathering in a derelict building Hortus Road in Southall.

Officers were alerted to the party after hearing loud music while on patrol just before 9am last Sunday, March 7.

They identified the source of the music as a derelict building, and discovered people had made their way into the premises through a gap in a fence, with DJ equipment and speakers having been set up inside.

The officers then entered the venue and reported all 44 people inside for consideration of a fixed penalty notice of £800 before removing them from the premises.

As the thumping techno music continues one officer can be heard telling the crowd: ‘Right everyone’s detained alright, you can’t leave.’ 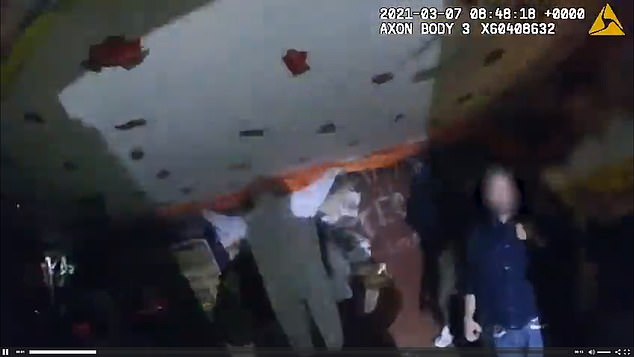 More than 40 people were discovered crammed into the old bank vault which police called a ‘breeding ground’ for Covid, in Hortus Road in Southall, west London 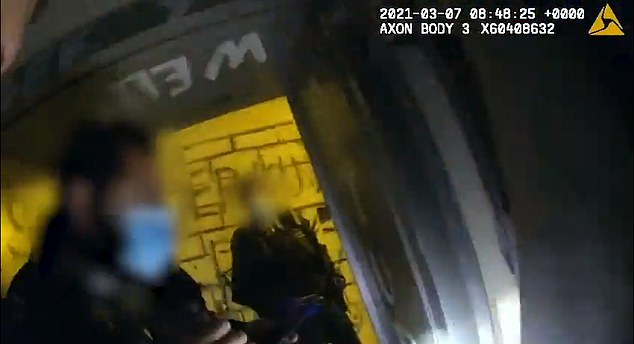 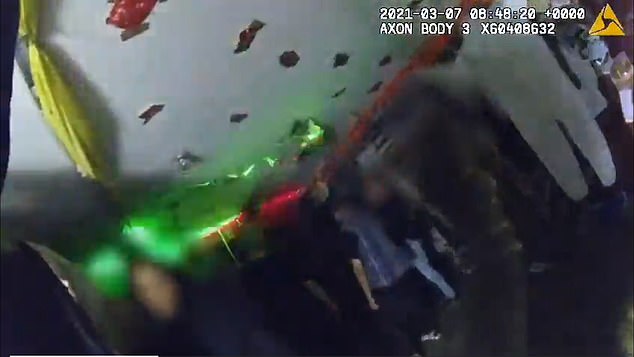 ‘We are all excited about the prospect of returning to normal in June – and some changes to restrictions are imminent – but behaviour like this risks undermining the road map out of lockdown and could potentially cause further delays by creating a breeding ground for the virus.

‘We will continue to do our part in shutting illegal events like this down and taking action where necessary.’