Moment bull charges man and throws him into the air

This is the shocking moment a bull charges a man and throws him in the air – after he hit it with a stick.

The CCTV footage shows the bull standing on the side of a narrow path when a man walks past.

He smacks the animal on the backside with the stick a few times. 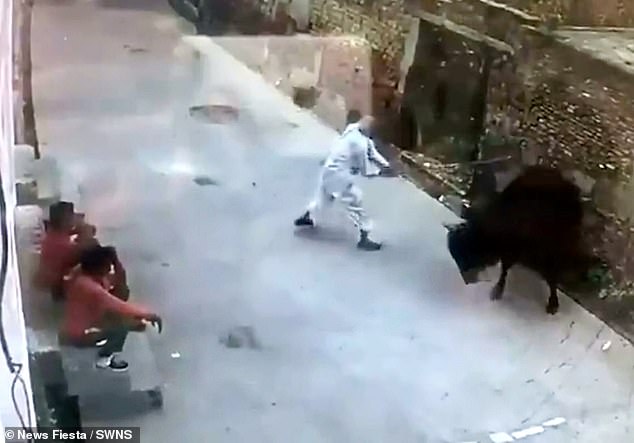 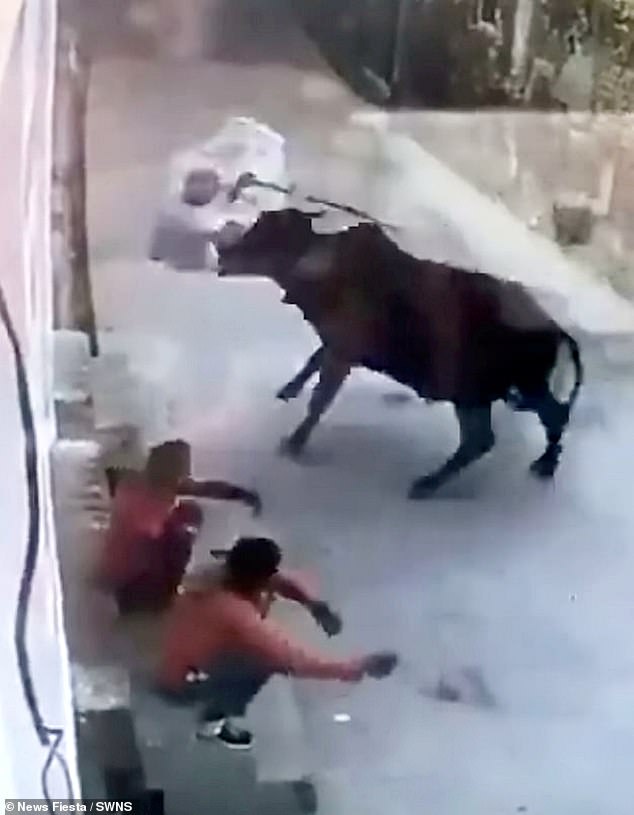 The bull gets angry, charges at the man, lifts him up in the air and throws him  to the ground

The bull gets angry, charges at him, lifts him up with its horns and knocks him over some steps and the he falls on the ground.

The bull then walks away while two people who were sitting on some steps nearby go over to help the man.

The attack happened in Haryana in India on September 26.