A FRISKY female tiger lays into her mate for showing more interest in hunting than sex.

Spurned Krishna charged and clawed at three-year-old Ganesh — as she tried to bully him into changing his stripes. 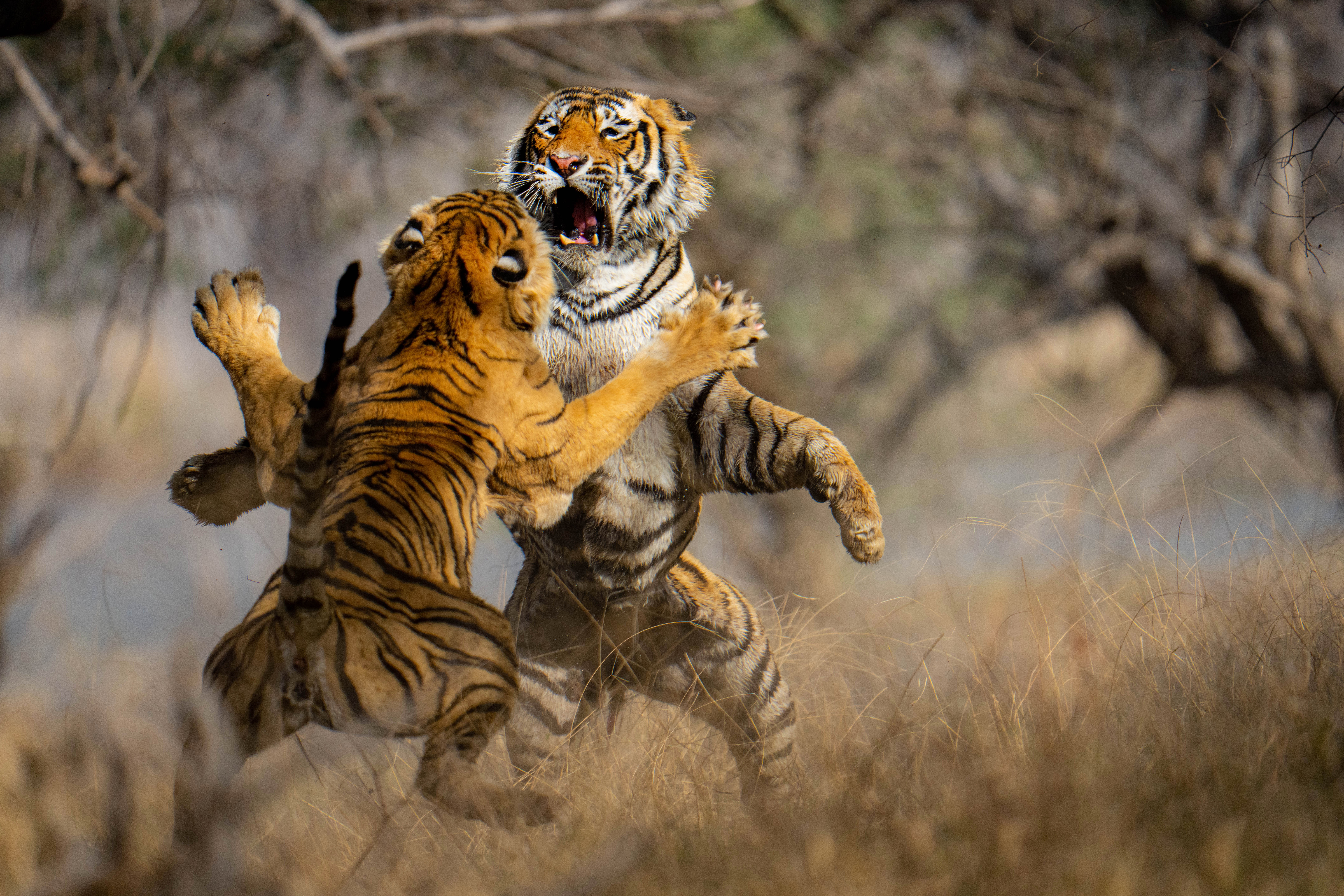 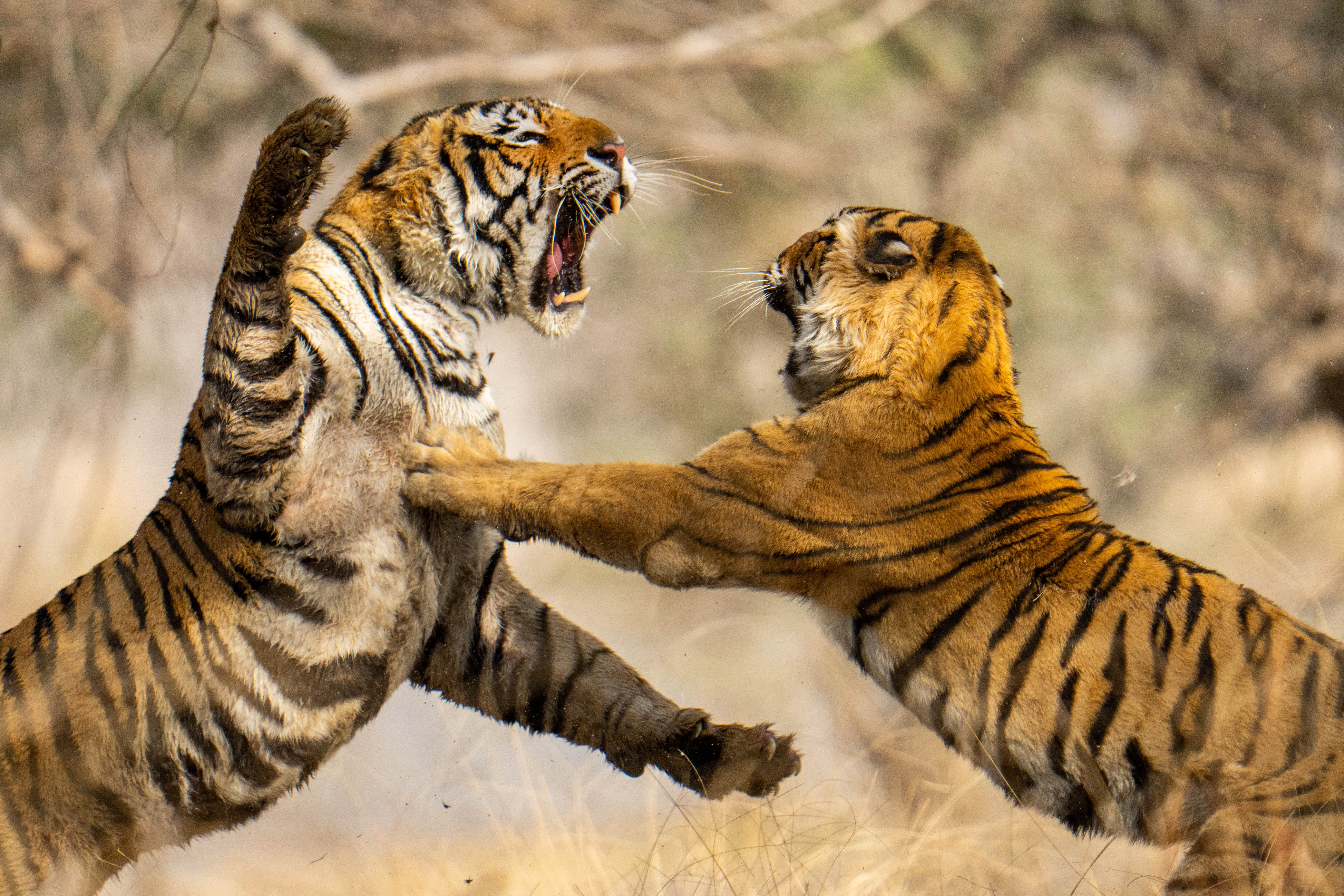 Onlookers at a park in Rajasthan, India, called it the ultimate cat fight.

She reared up onto her hind legs and charged at him.

The pair roared loudly as they fought in a fearsome battle, clawing and pouncing at one another. 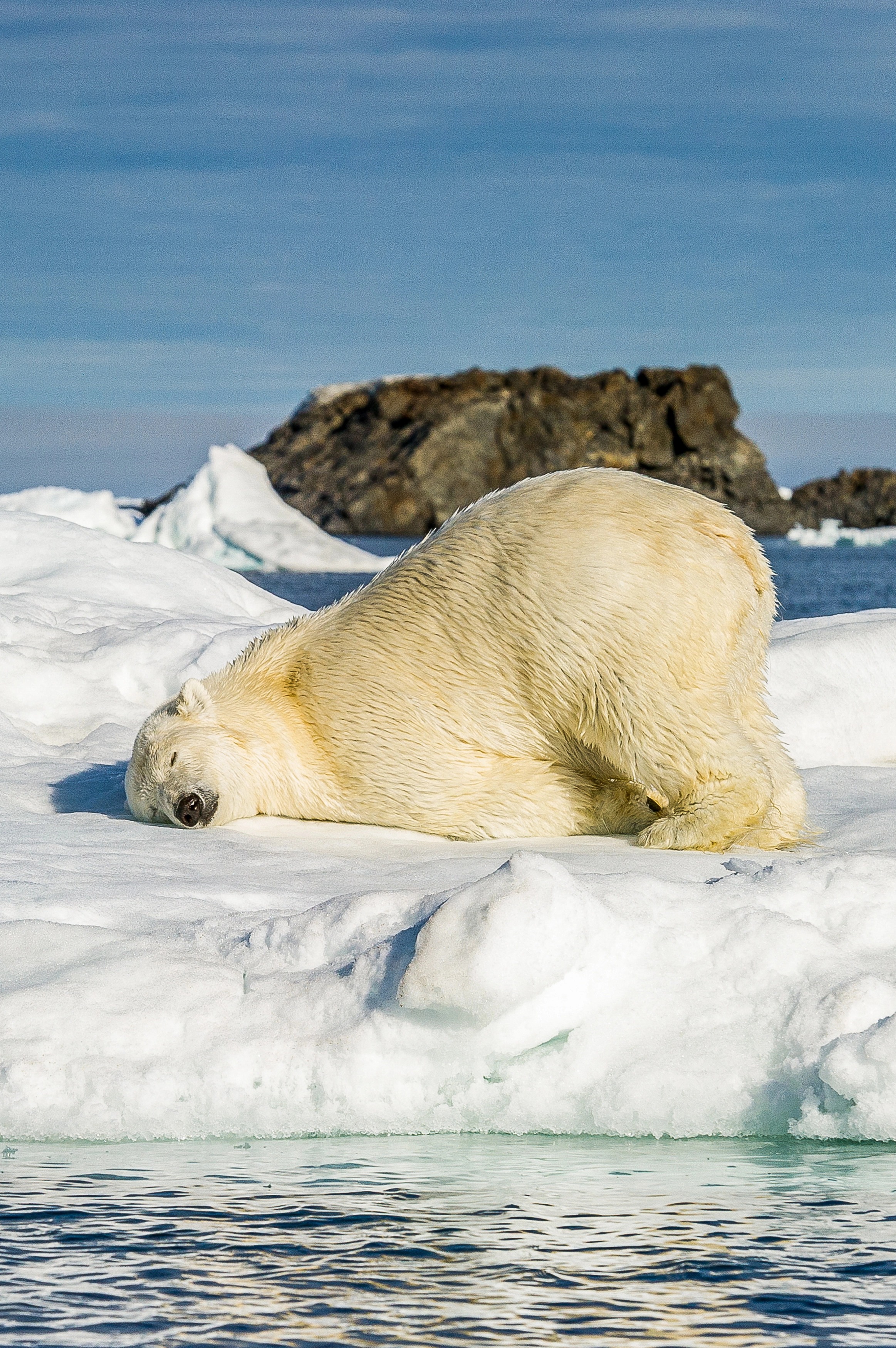 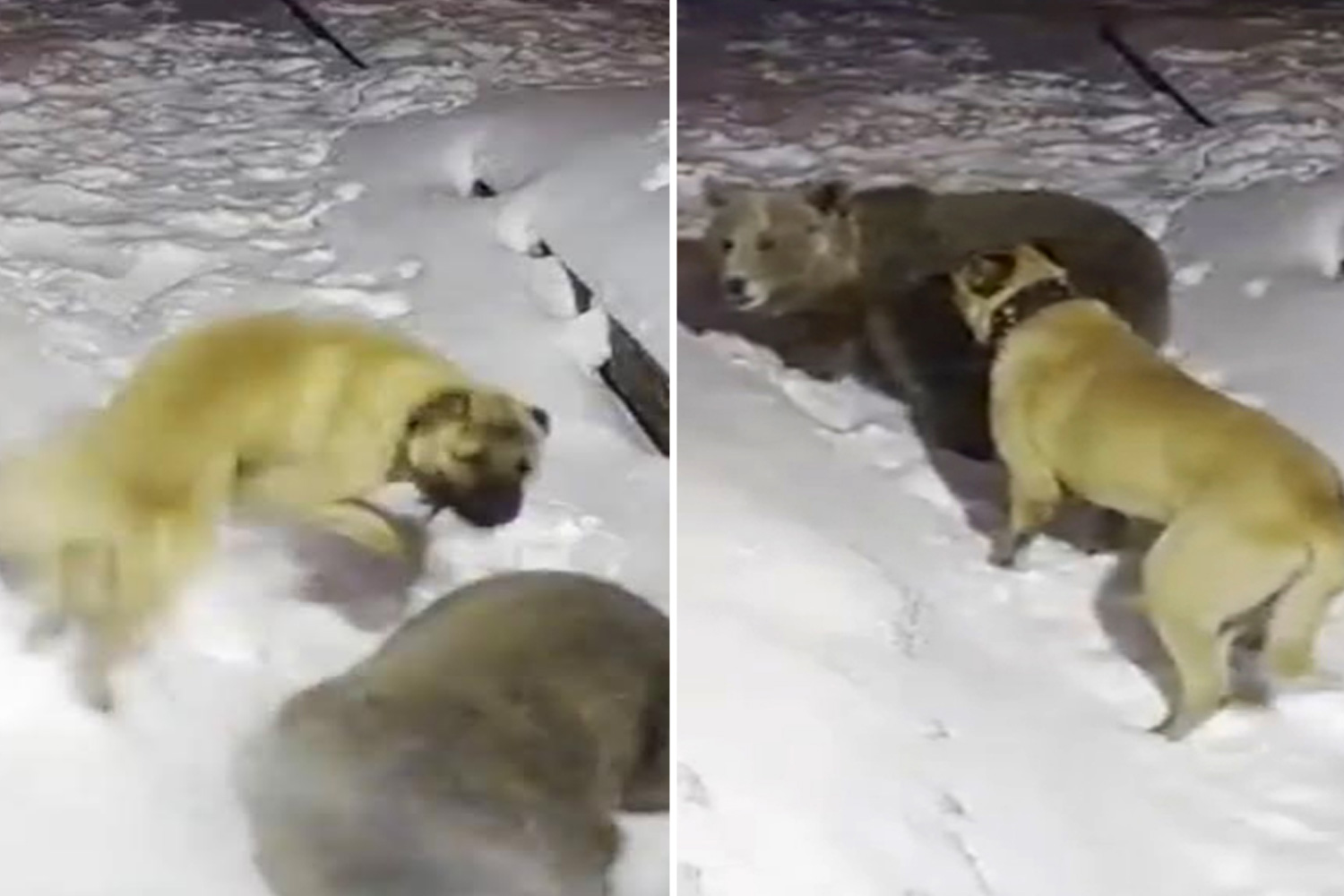 The savage scrap was caught on camera by photographer Jayanth Sharma.

He watched it on a recent photography trip to the Ranthambore National Park.

It is a former royal hunting ground and home to tigers, leopards and marsh crocodiles. 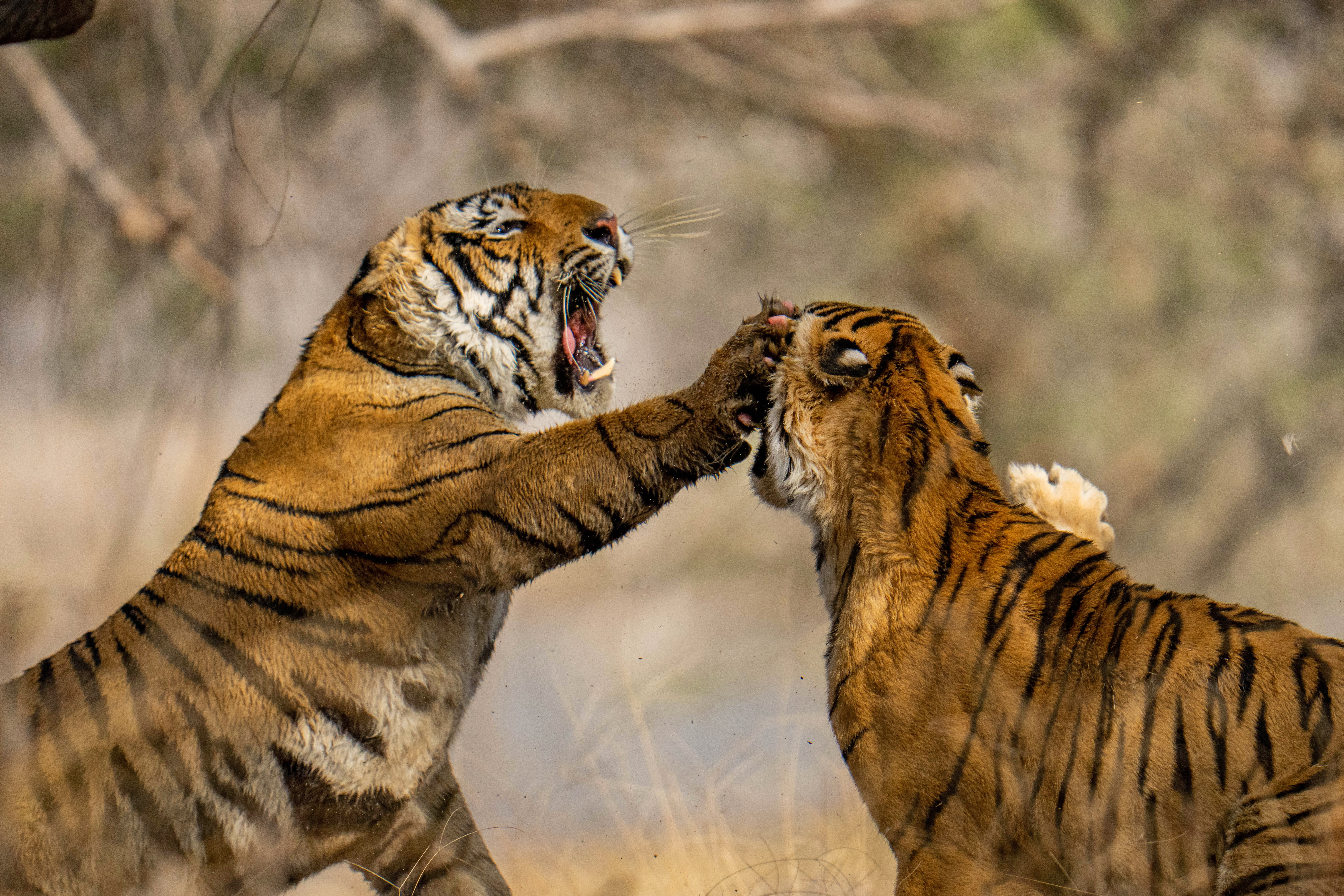 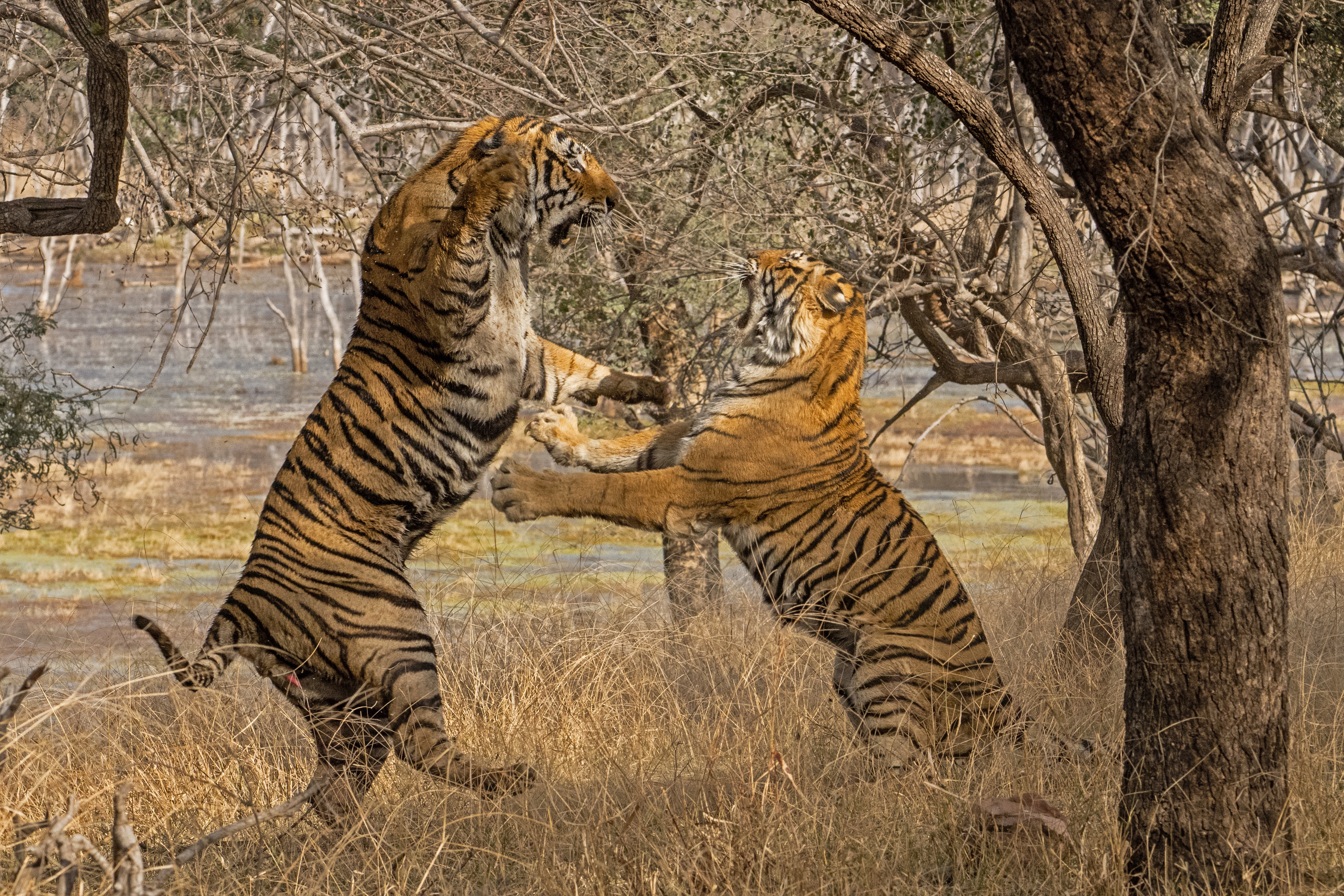