This is the shocking moment a woman in nearly robbed for her handbag before a passerby who was filming the incident comes to her aid.

Footage, which is believed to have been filmed in Plumstead in Greenwich, south east London, shows the woman stood in an alley as an unknown man launches a furious tirade at her.

Just moments later, the man approaches the woman on a residential street and tries to grab her handbag before a Good Samaritan, who has been watching the scenes unfold, leaps to her aid and stops the thief. 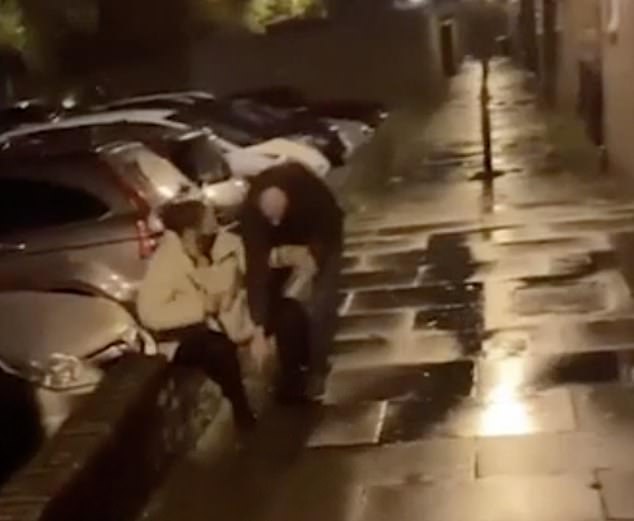 The man tries to steal the woman’s handbag on a residential street believed to be in Plumstead  Greenwich, south east London

During the clip, which was shared on Pacman TV’s Instagram page on November 9, the thief pulls the bag away from the woman as she desperately tries to cling on.

The man filming the scene runs towards the woman and stops the thief from taking her possession before chasing after him.

The Good Samaritan then continues to follow the man and shouts: ‘Come here! Come here!’

Following the scenes, the filmer, explained that it was ‘lucky’ he had been there and urged others to ‘look after yourselves’.

He said: ‘Listen I don’t know what’s going on in this lockdown but women protect yourselves because people are moving mad. Moving mad!

‘I was handling some business and I see some man in the alley trying to fight a woman and take her handbag. I don’t know what was going on but she was lucky I was there because it could have gone left. 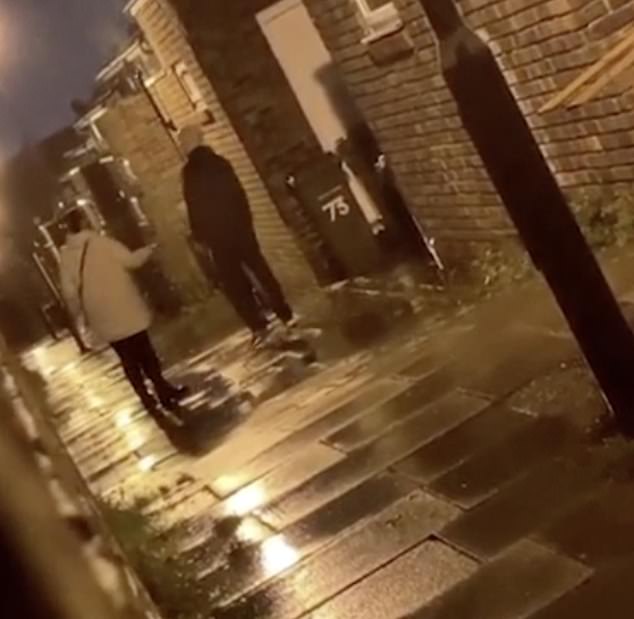 During the clip, which was shared on social media on November 9, the pair exchange words in an alley 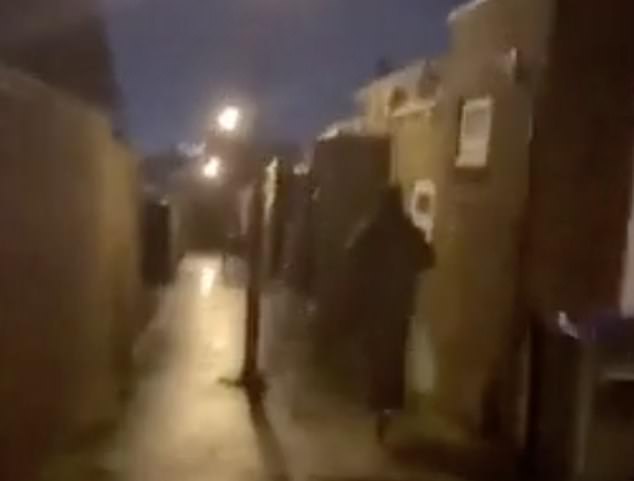 The filmer, who had been watching the scenes unfold, stops the thief and chases him

‘You need to look after yourselves because this is not a joke. Just take care of yourselves.

‘She was lucky I was there to chase him off because it could have been a different story.

‘See what’s mad, I thought they knew each other.

‘She was just sitting there and he was just shouting at her but I think he wanted something from her and she wasn’t prepared to give it.

‘Carry some pepper spray or something.’