MORE than 100 people have been arrested after anti-lockdown and Million Mask protesters clashed with police hours into England's new coronavirus shutdown.

Demonstrators gathered in central London and began marching up the Strand towards Trafalgar Square at around 6pm on Thursday. 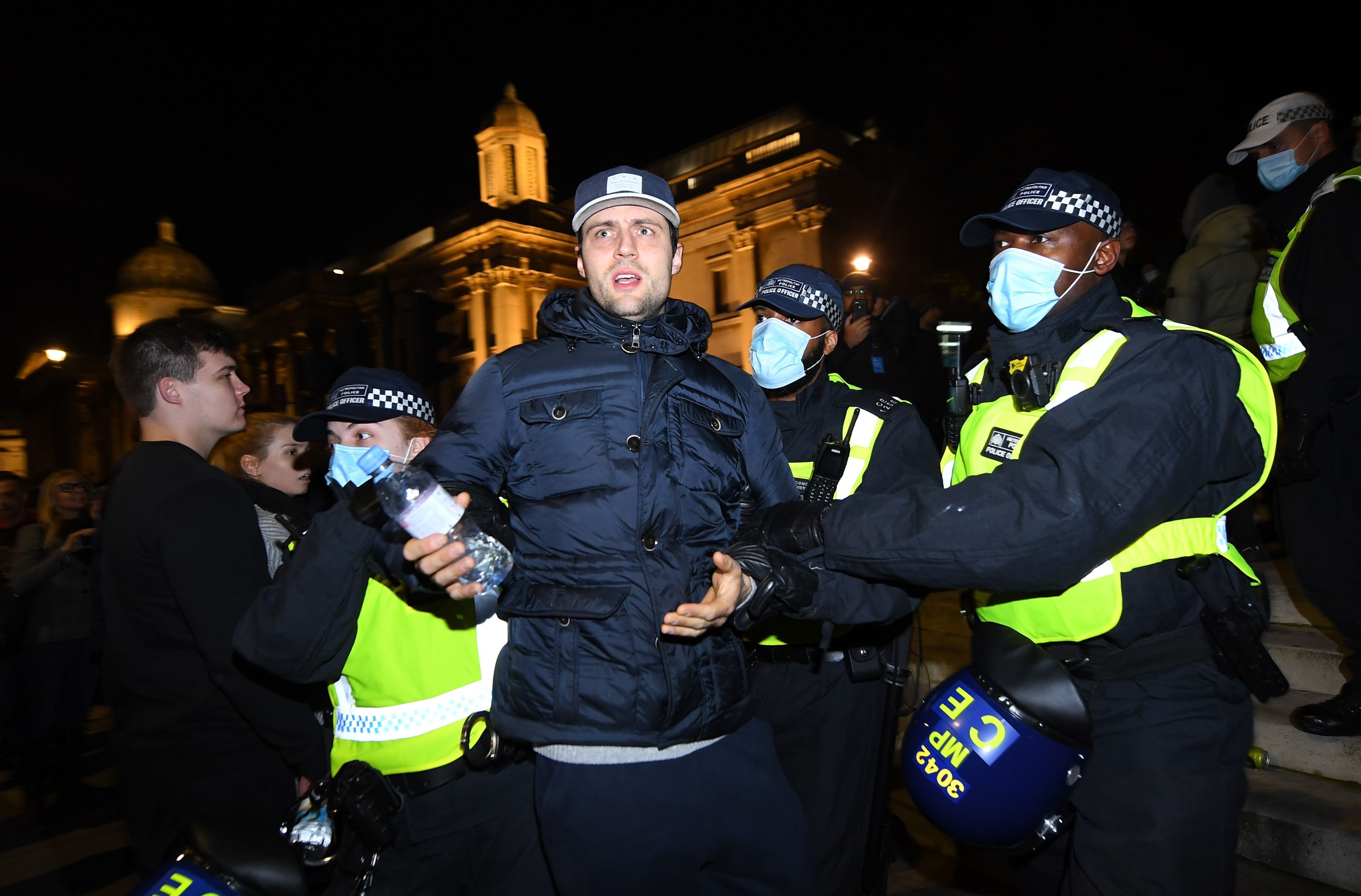 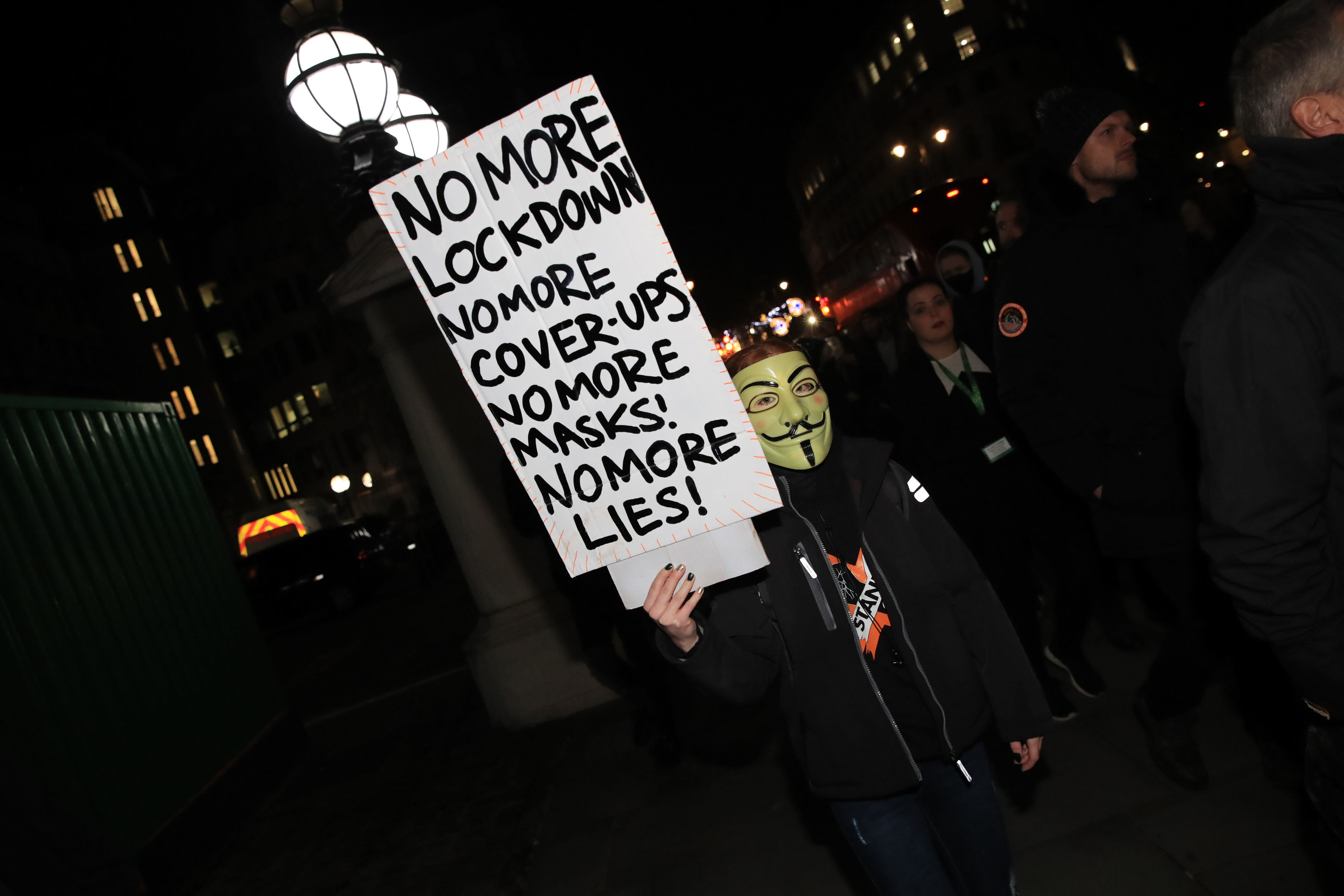 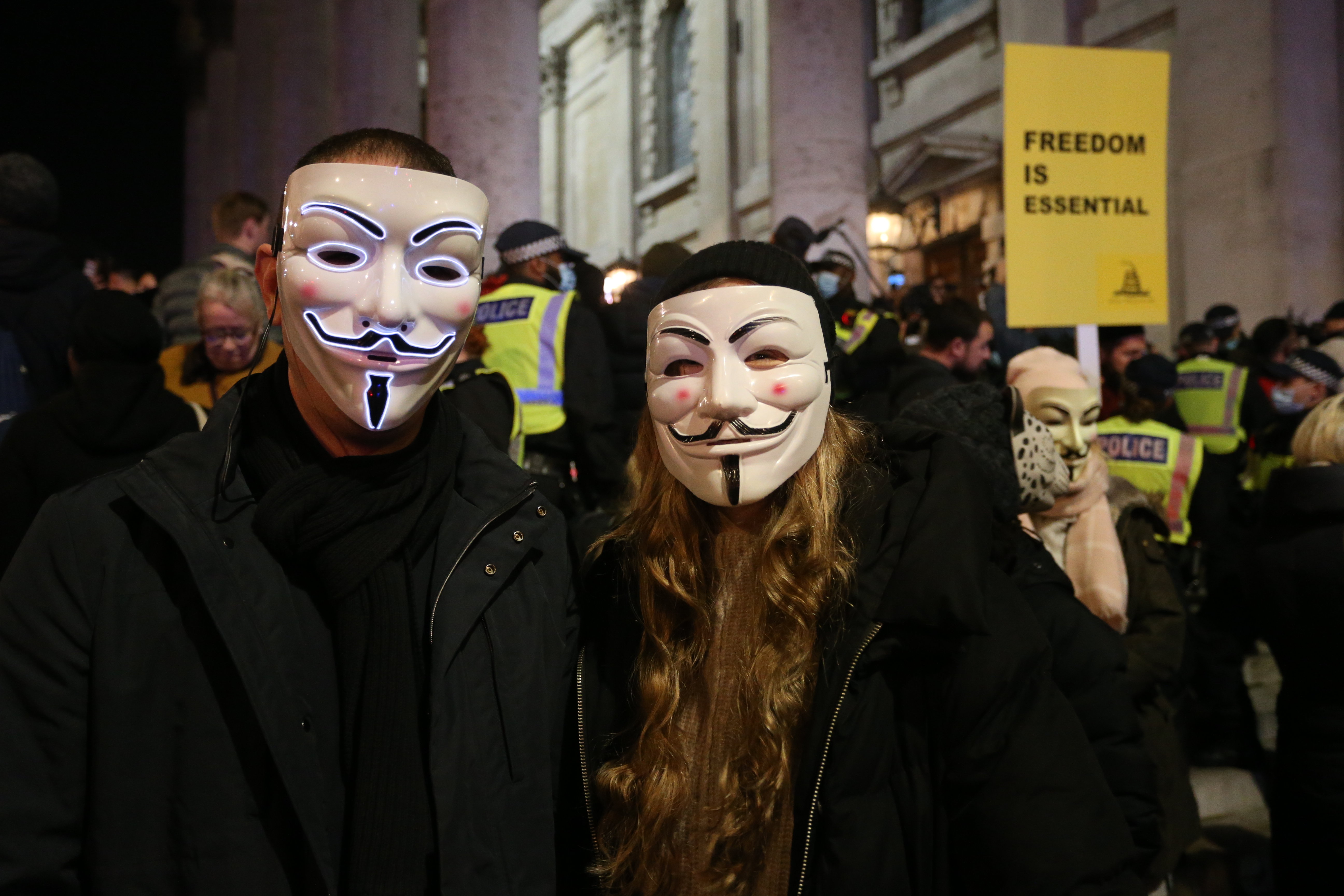 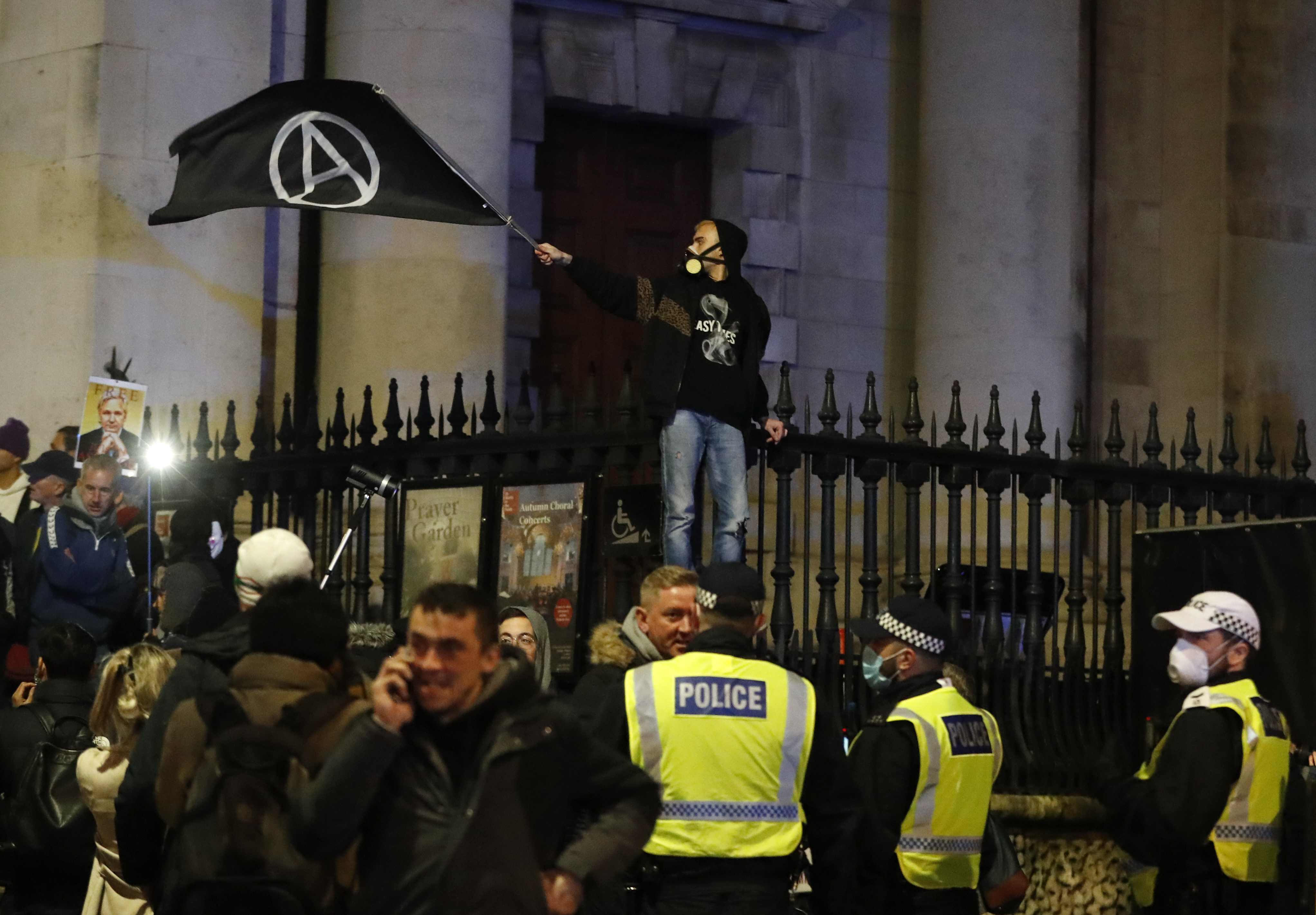 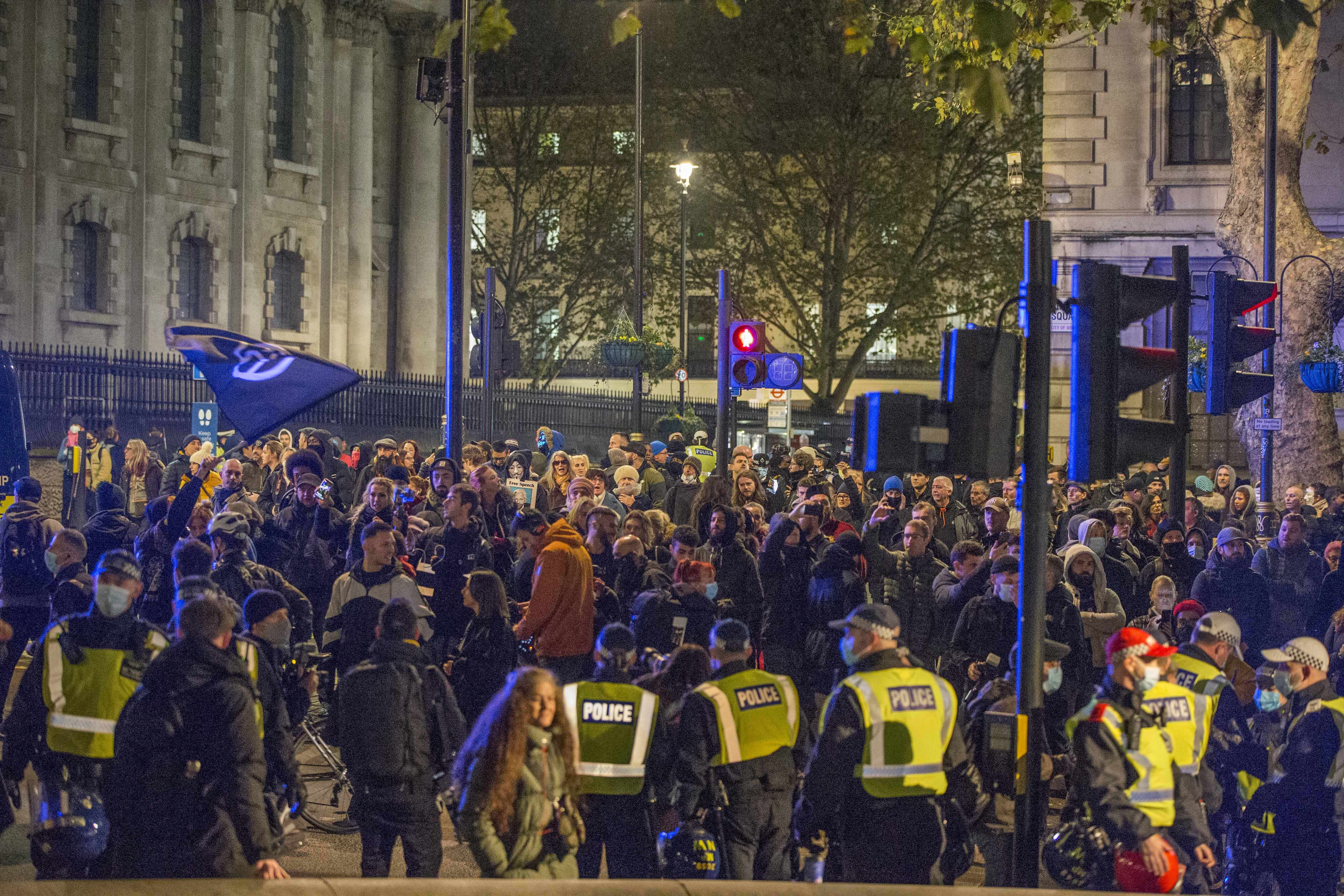 Today marked the first day of a new nationwide lockdown in England set to remain in place for at least four weeks.

People across the country have been told not to leave their homes unless they have a specific reason or to socialise outside of their household or support bubble.

Protesters, very few of whom were wearing face coverings, chanted "freedom" and "no more lockdown" as they marched.

Trailed by a large number of officers from both the City of London and Metropolitan Police forces, they were repeatedly told to go home, with one officer shouting at a group: "You are breaking the law."

Shortly after 7pm, a smaller demonstration gathered near Primark on Oxford Street, where a number of protesters were grouped in by two lines of officers.

Those clustered in by police chanted "stand up" while officers encouraged protesters gathered nearby to go home.

"You need to leave, you are breaching coronavirus restrictions," one officer told them.

Conspiracy theorist Piers Corbyn, 73, brother of ex Labour leader Jeremy Corbyn, was seen at the protest with a megaphone.

He marched with demonstrators despite receiving a fine of £10,000 for his part in a previous rally.

The Metropolitan Police confirmed that officers had made at least 104 arrests, the majority of which were for breaches of the coronavirus regulations.

Riot cops with batons and helmets were filmed pulling people away from the scene and ordering journalists to leave.

One protestor was seen with blood streaming from his head after sustaining a head injury during clashes with police. 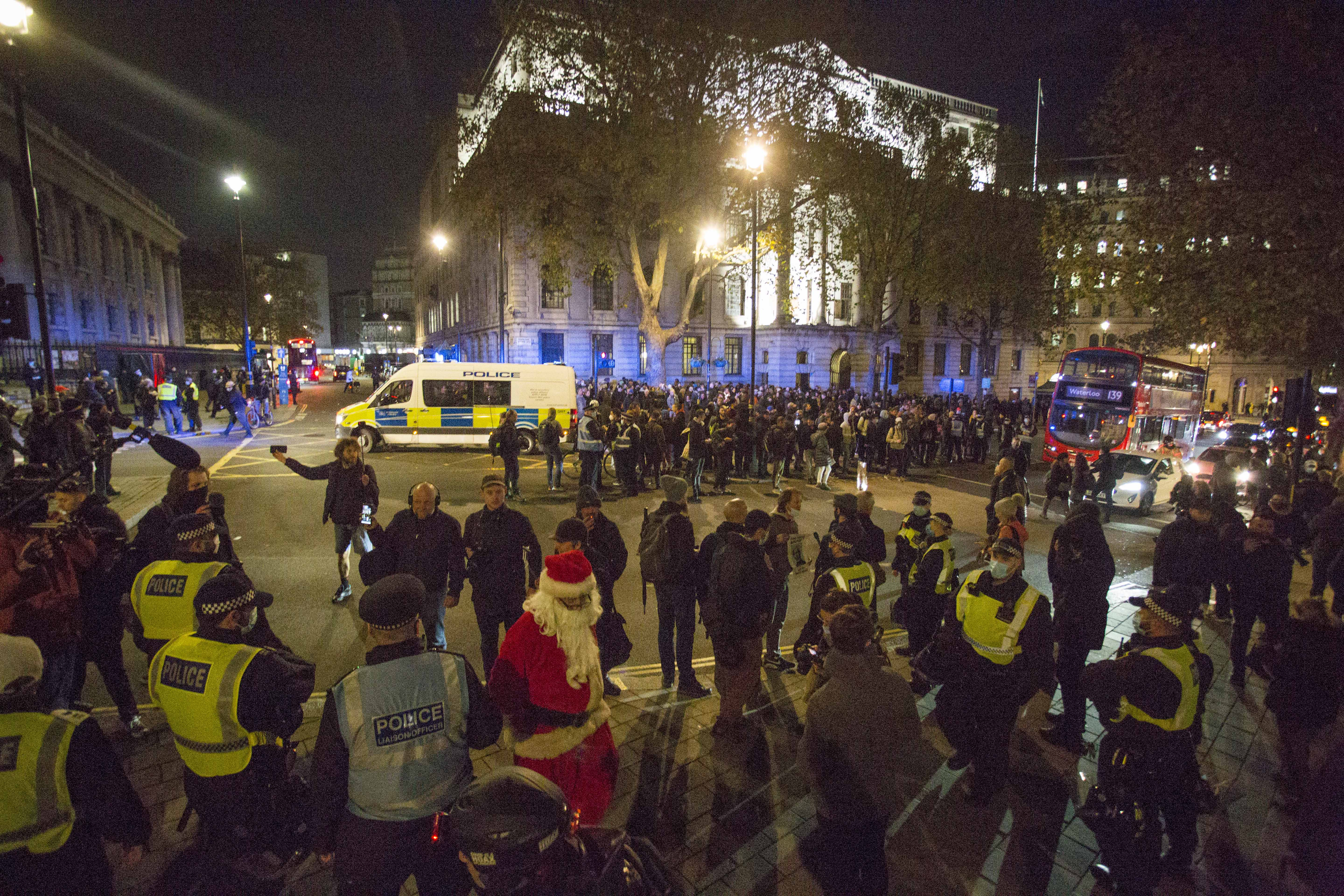 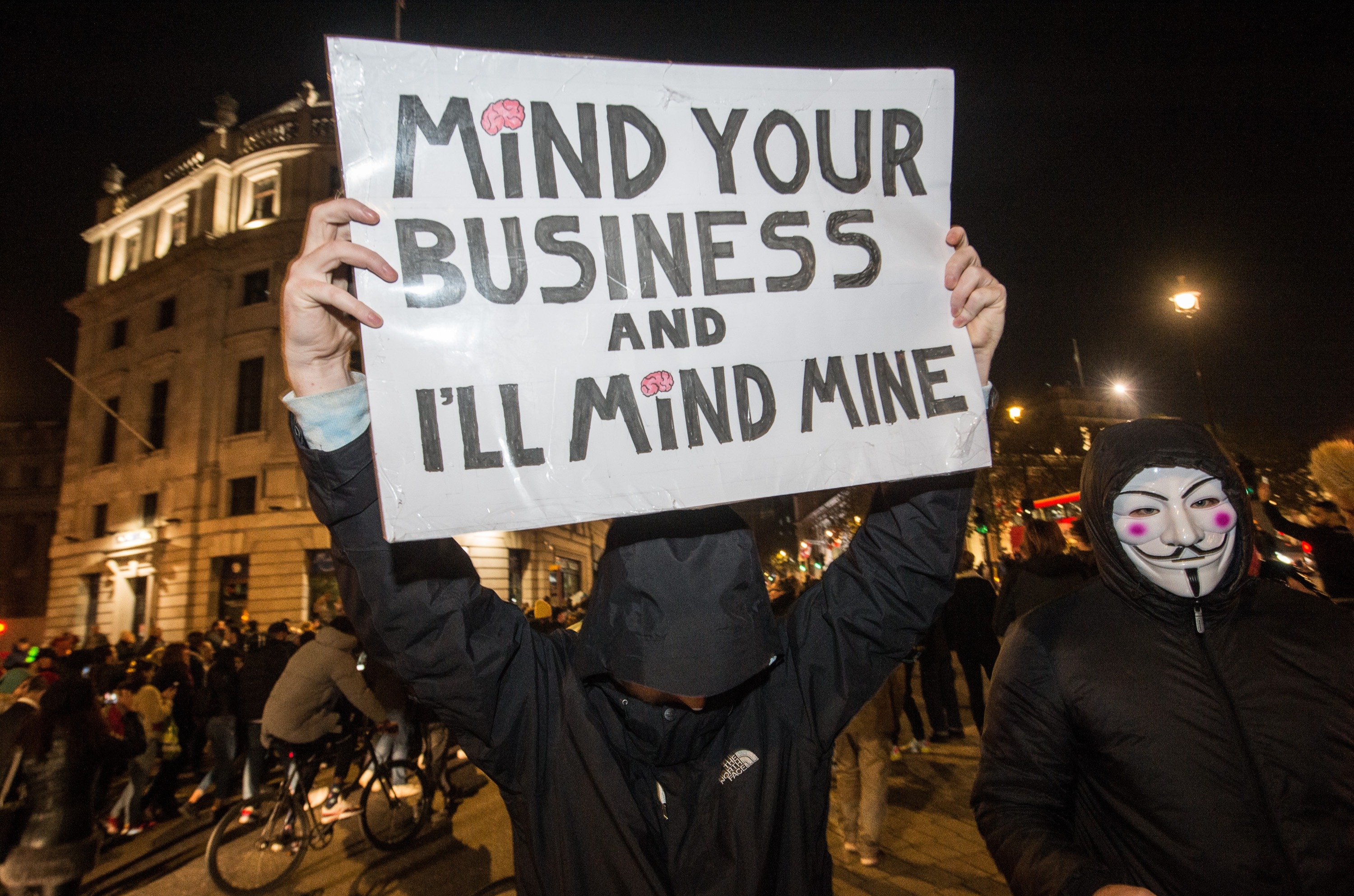 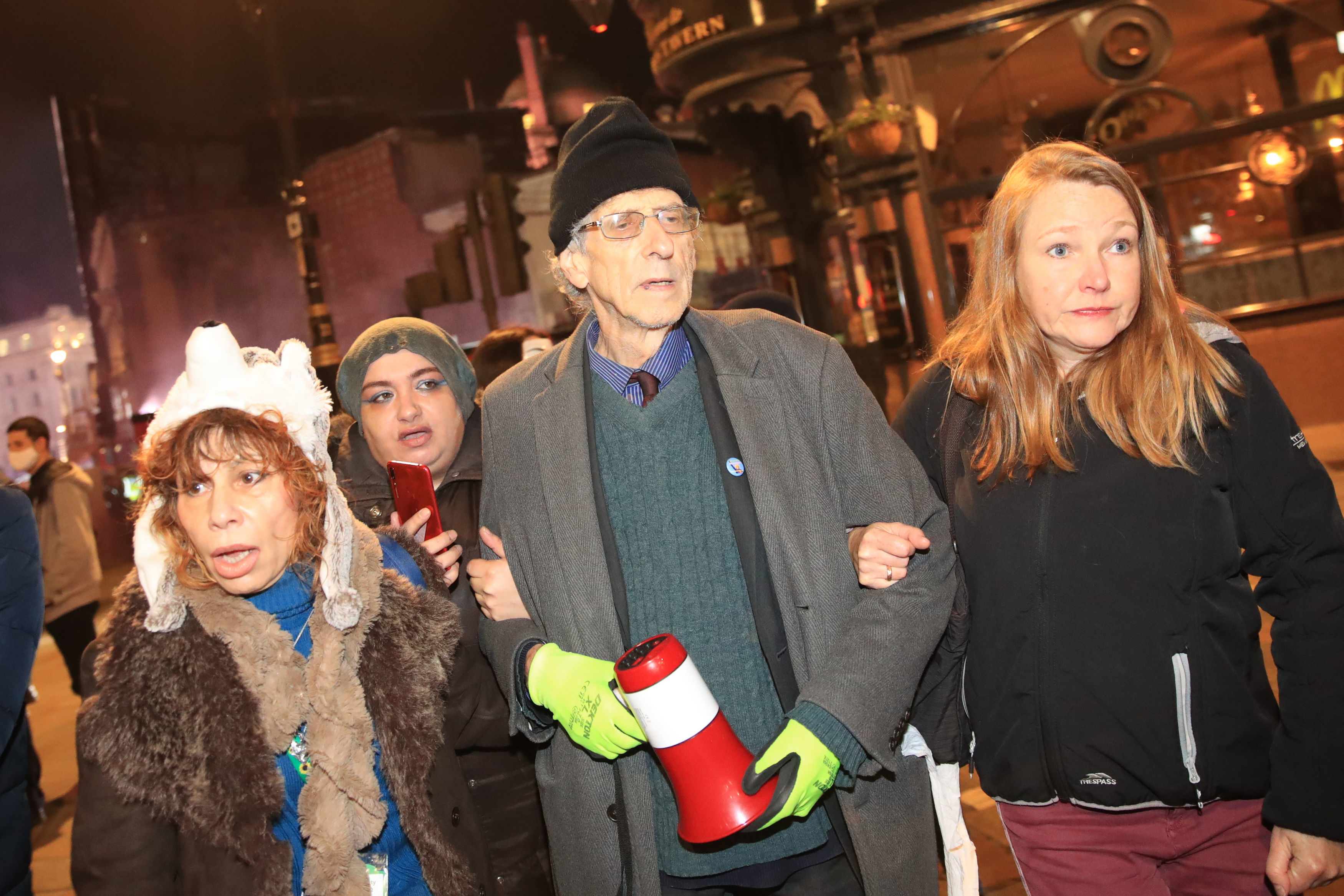 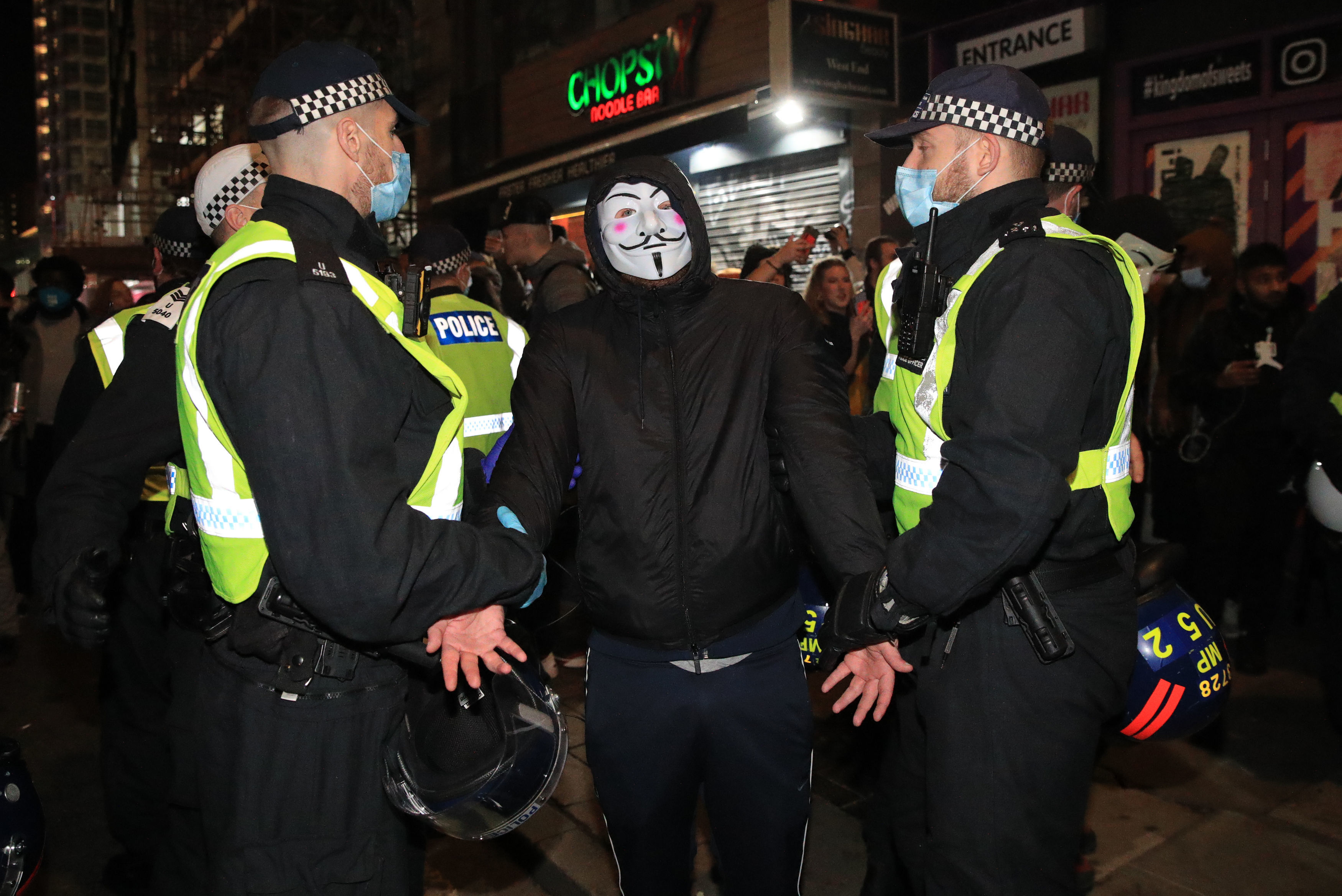 The Met had said that protesters were ignoring directions from officers and warned that enforcement action would be taken against those who did not disperse.

"This gathering is unlawful and is putting others at risk," a tweet by the force said.

"We are directing those there to go home.

"Failure to do so will result in enforcement action."

It comes after Home Secretary Priti Patel said she had equipped the police with the extra powers and funding they need to enforce lockdown rules, and that she expects forces to come down hard on people who flout them.

Among the new restrictions is a prohibition on protests involving more than two people.

A statement by Commander Jane Connors said: "Our main priority this evening has been to keep Londoners safe.

"We are eight months into this national pandemic and frankly there can be no excuse for people to dangerously breach regulations which are there to prevent further spread of Coronavirus.

"Tonight, a crowd of people chose to ignore the new regulations, to behave irresponsibly and meet in a dangerous manner."

A number of police vans and officers were still in place on Oxford Street shortly before 8pm, while a number of protesters remained grouped in. 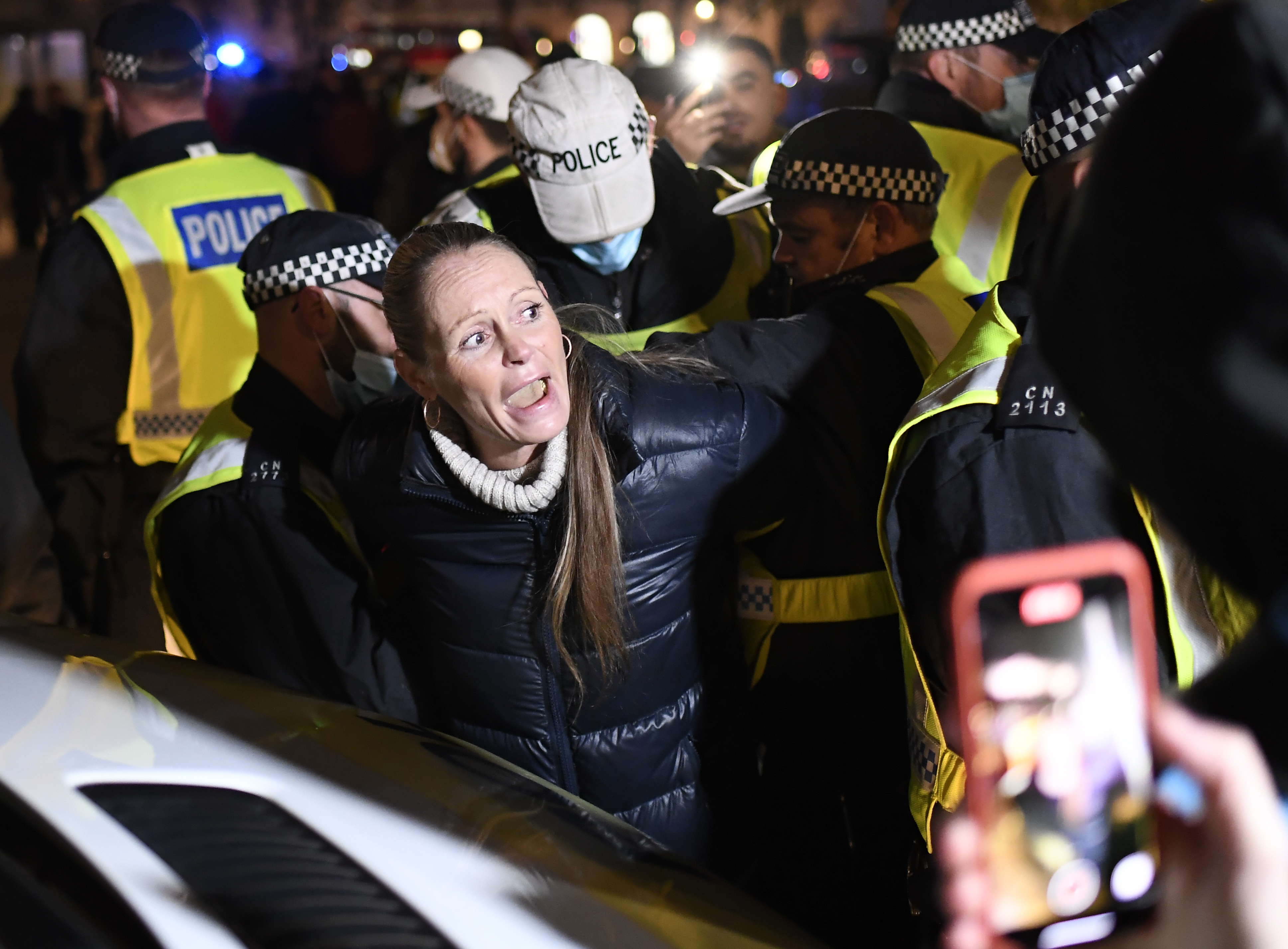 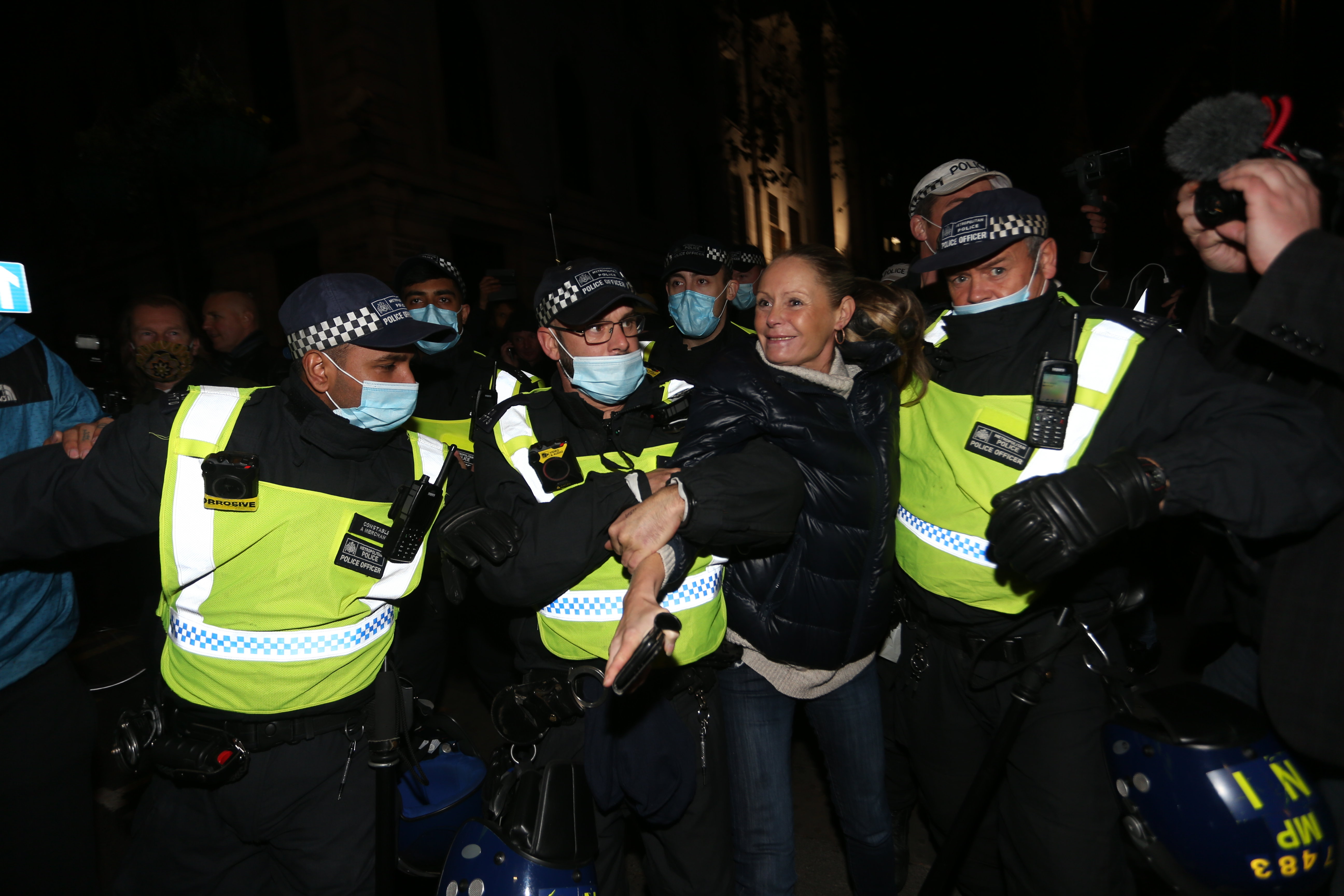 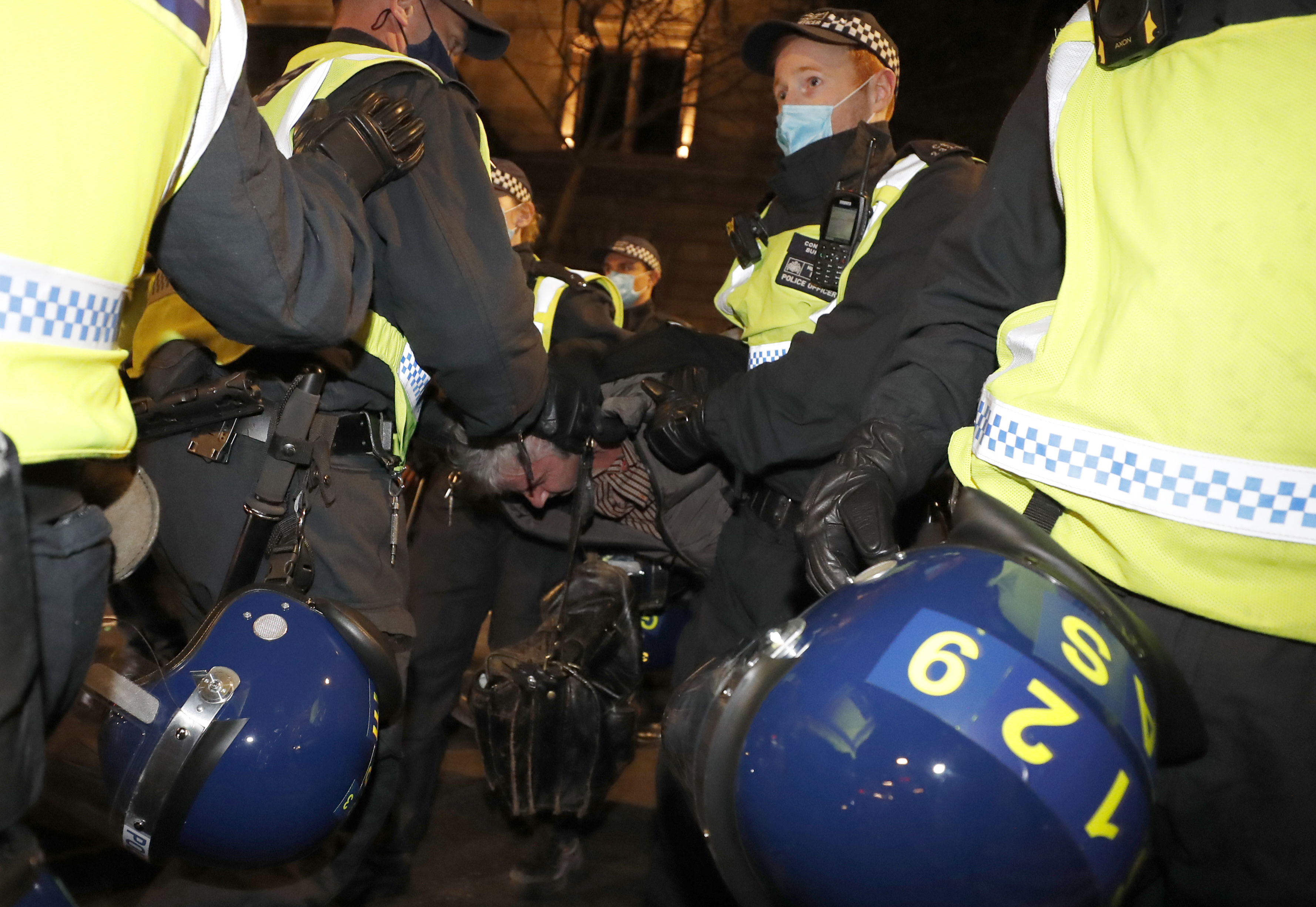 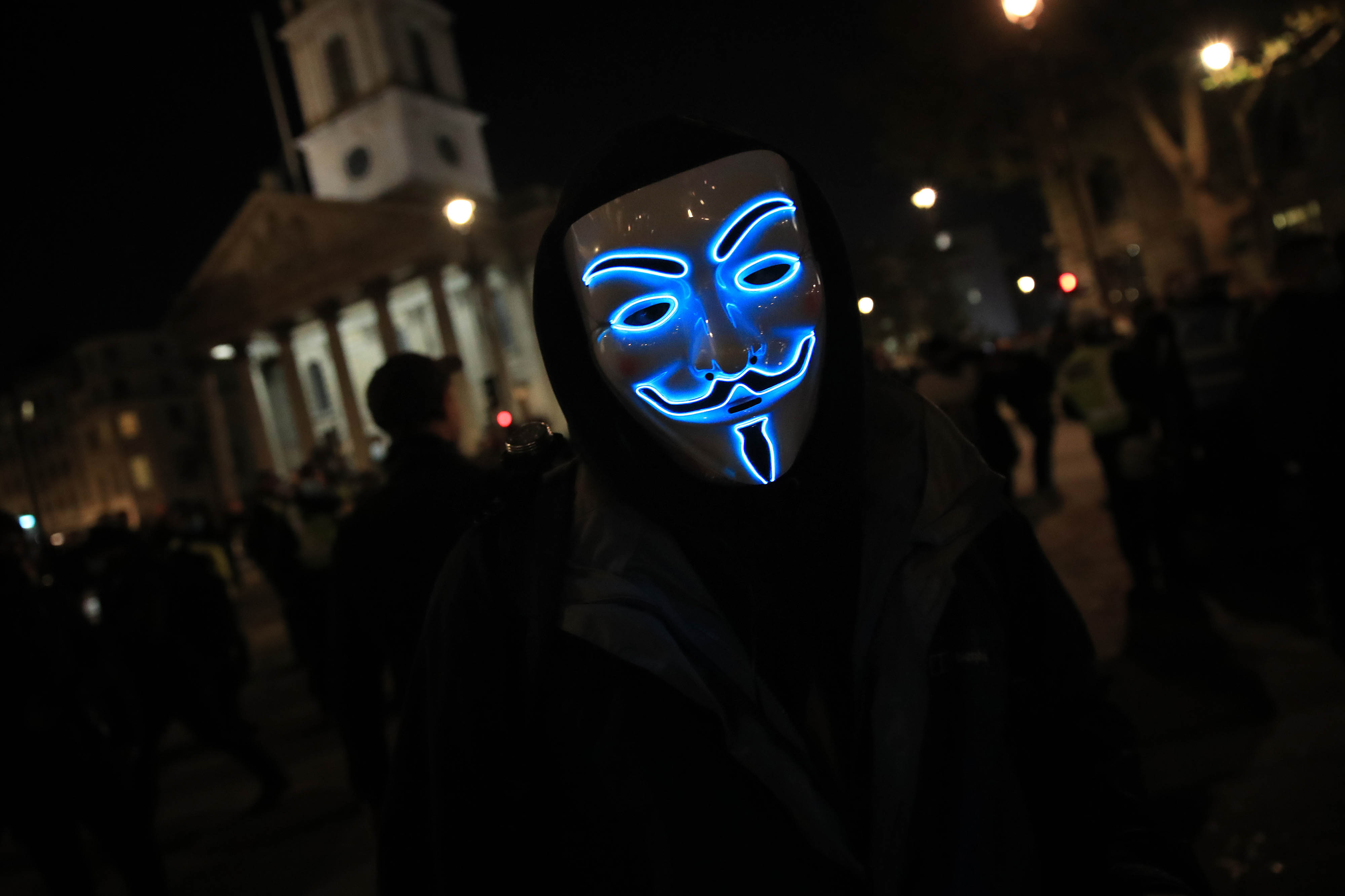 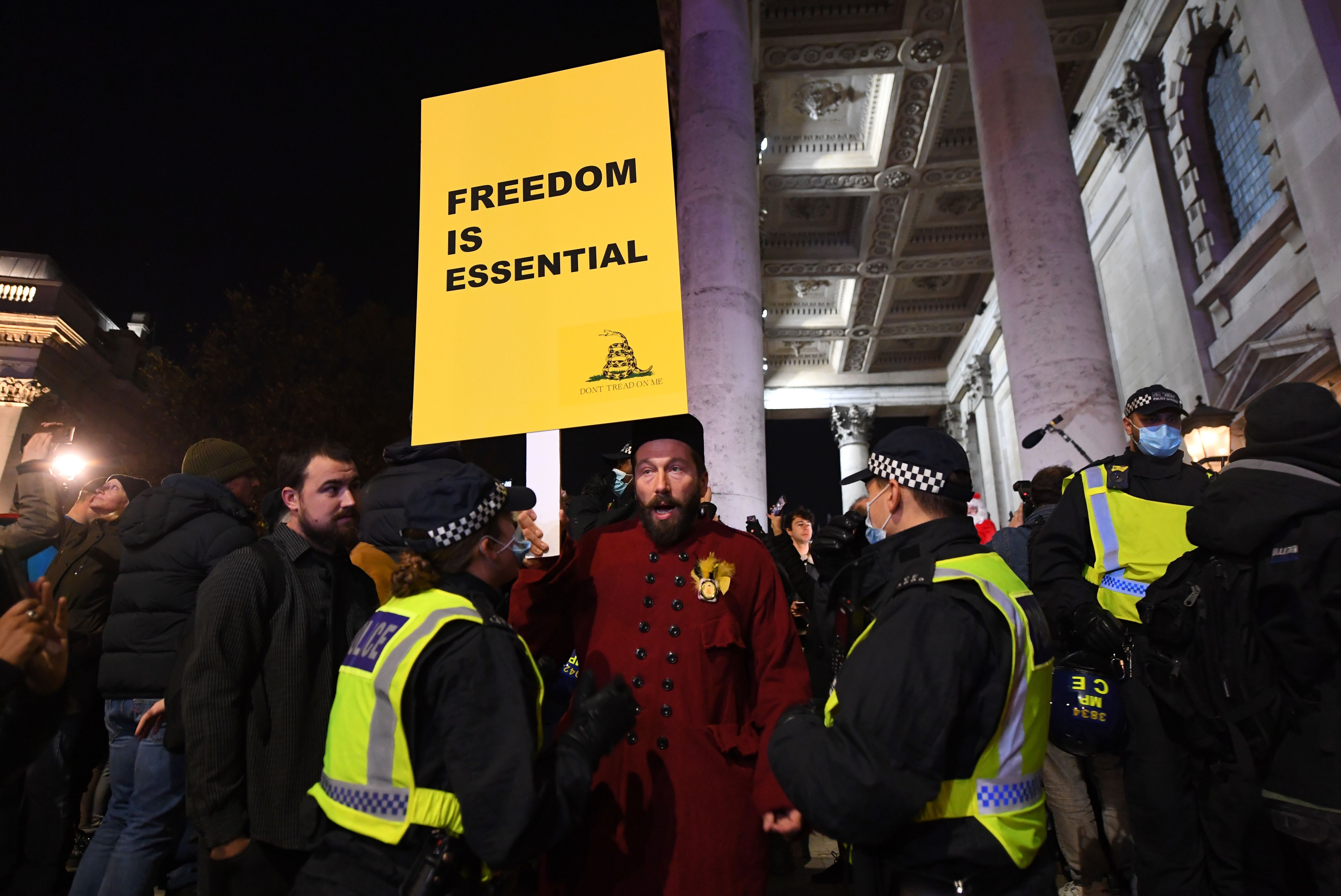 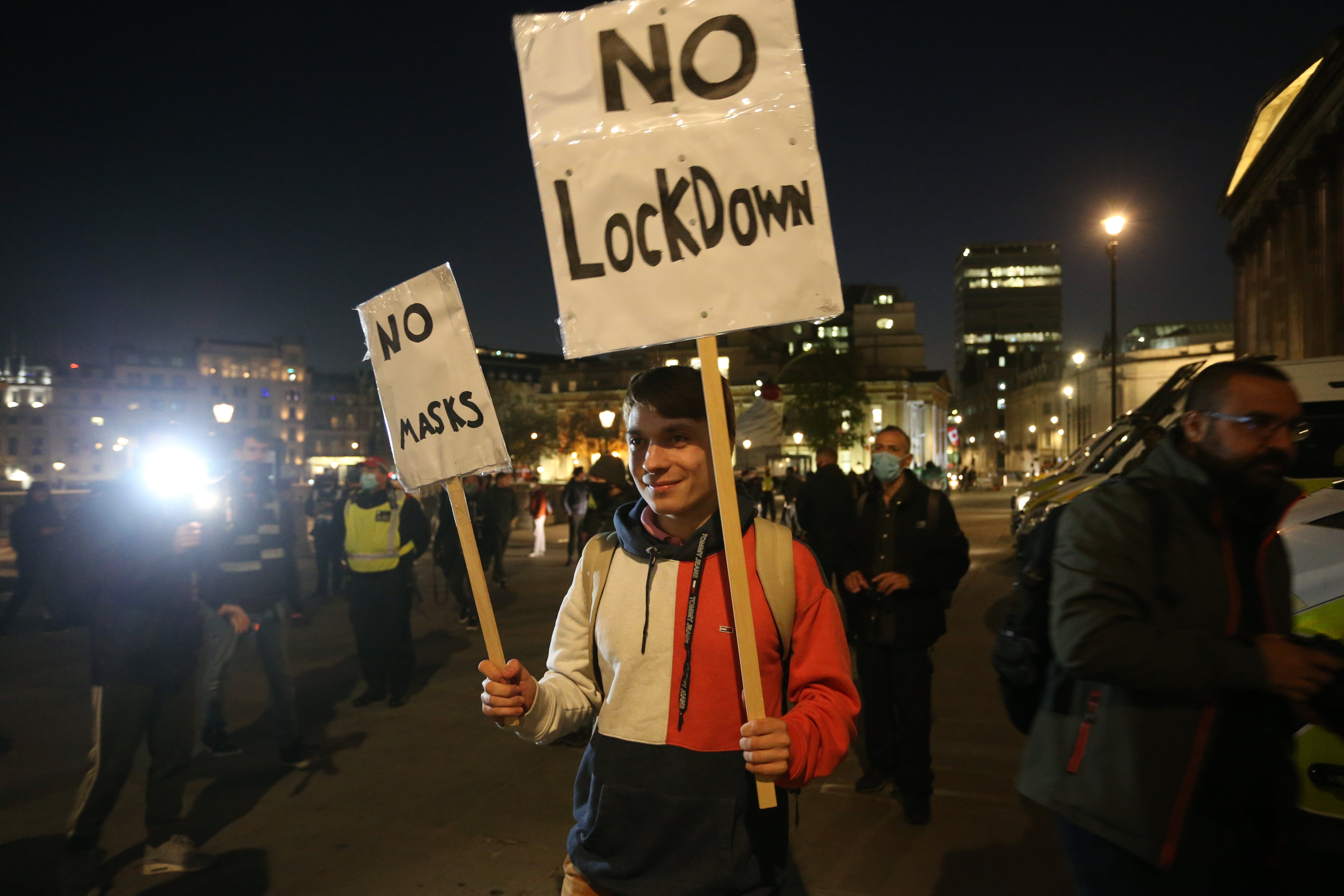 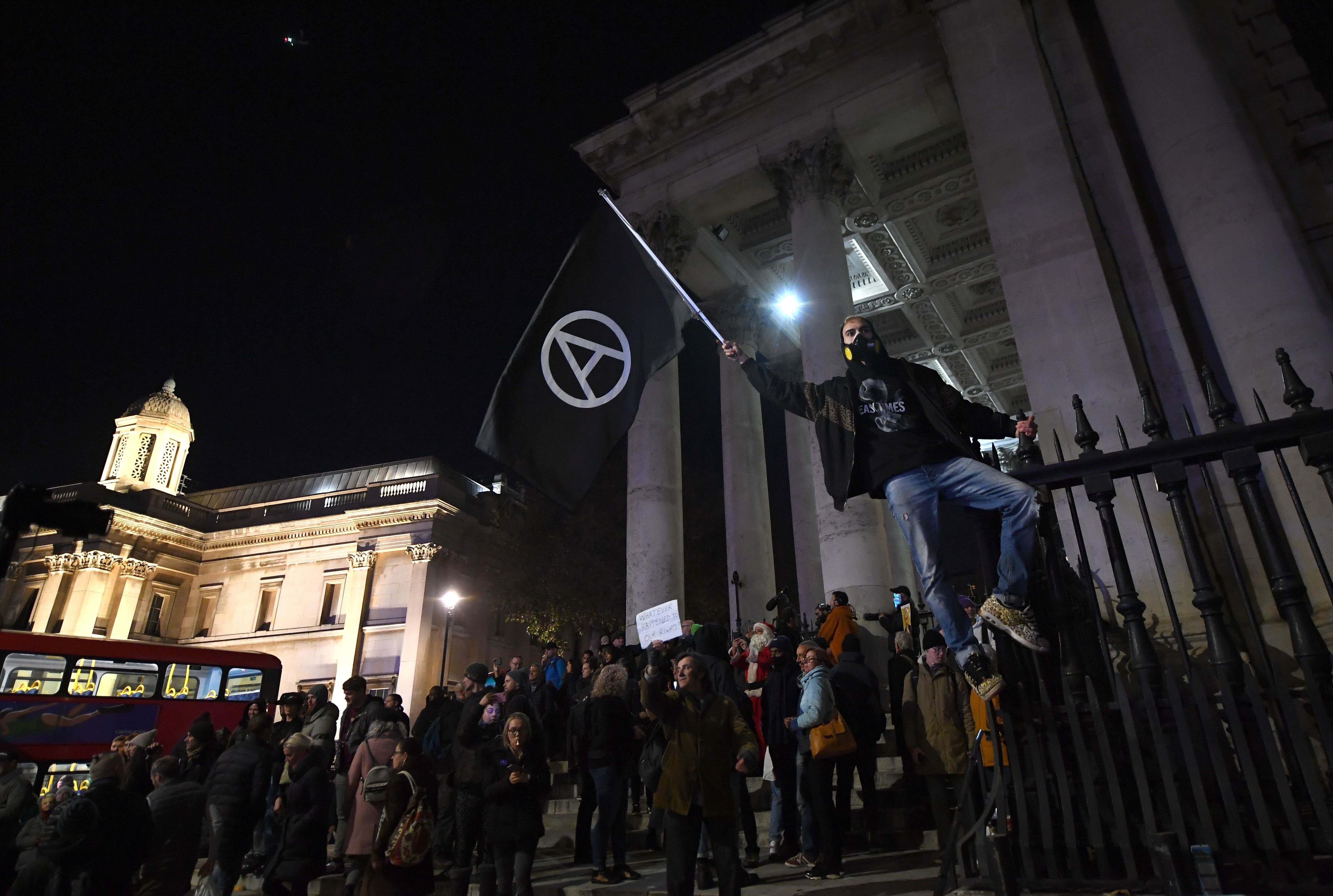 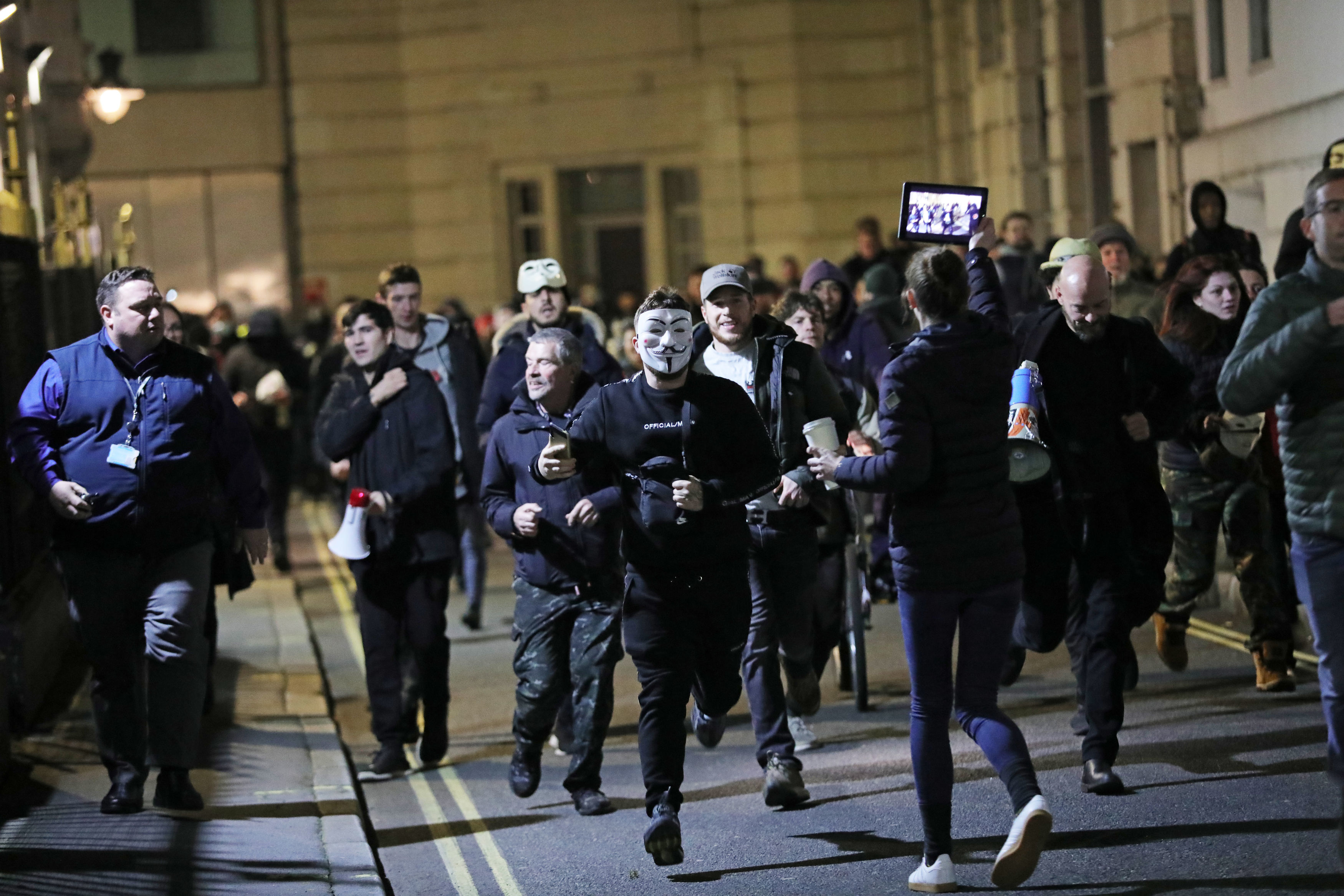 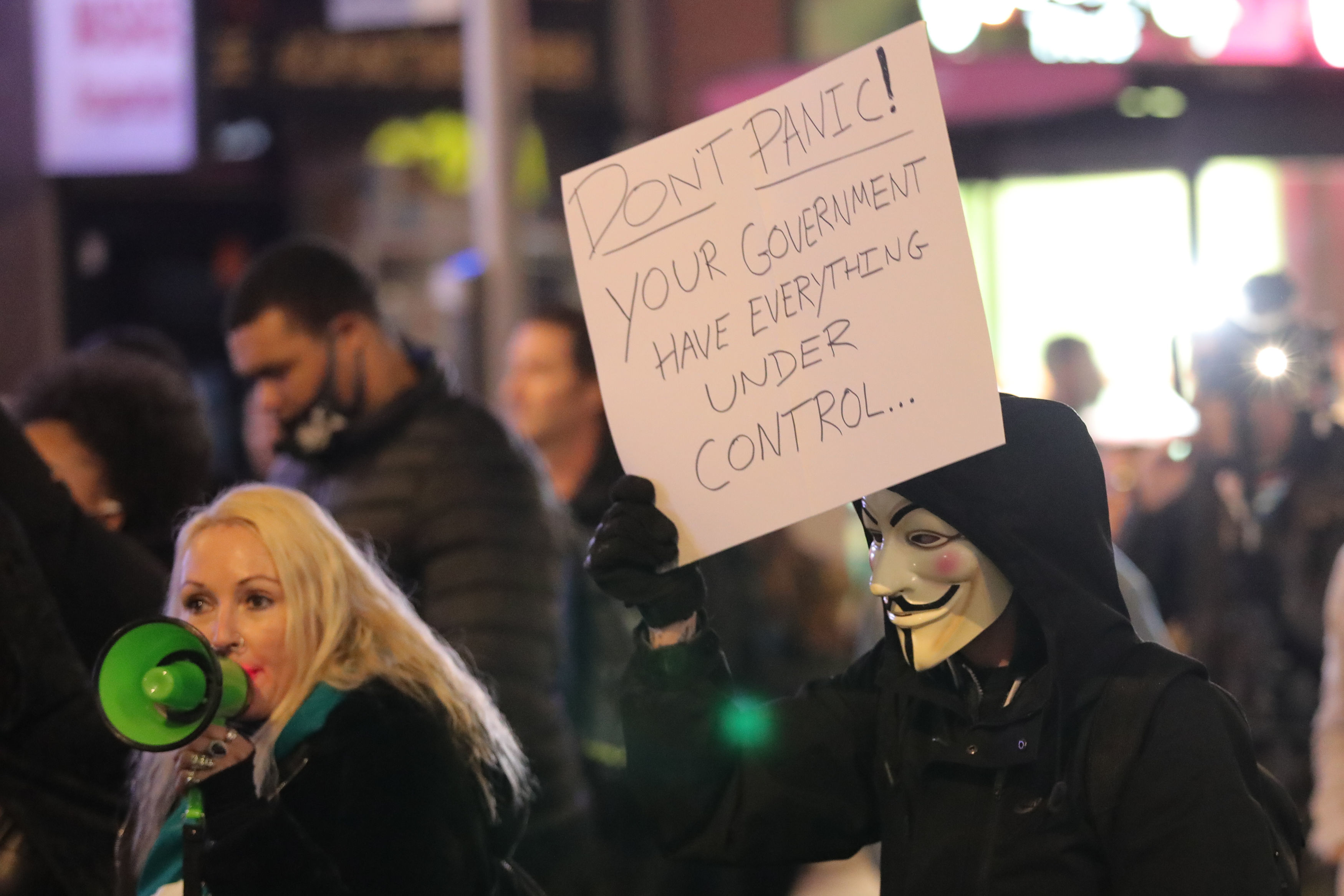