Mother, 32, who found £238,000 of cocaine, then hid it from her family in KINDER EGGS and sold it to pay off gambling debts is jailed for six years 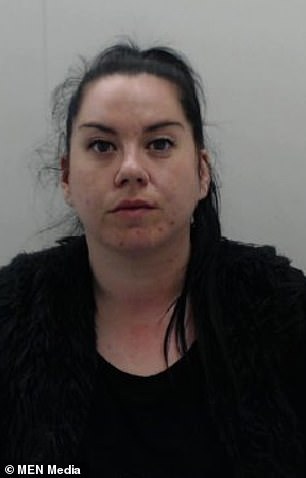 Clare Tague, 32, has been jailed for six years

A mother-of-one turned her family home into a drugs warehouse after she ‘found’  £238,000 of cocaine ‘dumped in a field’.

Clare Tague, 32, claimed she discovered the 2.6lb stash while on a walk then hid it in her bedroom, under the bin and on bookshelves without the knowledge of her boyfriend and 11-year old daughter.

After a tip-off police raided her home in Clayton, Manchester in May where they found a haul of the Class A drug, including some which had been stored in Kinder Eggs.

Police found two blocks of cocaine wrapped in tissue paper, likely to be sold in bulk and valued between £4,000 and £50,000.

Ten Kinder Eggs contained snap bags worth between £2,000 and £5,000 which would have been sold on the streets.

Tague claimed she was going to sell the drugs on in order to pay off her gambling debts.

She admitted possession of Class A drugs with intent to supply at Manchester Crown Court, and was jailed for six years.

Her daughter is now being cared for by relatives, the court heard.

When confronted Tague told police she found the drugs in a field, adding: ‘Why didn’t I just leave it where it was?’ 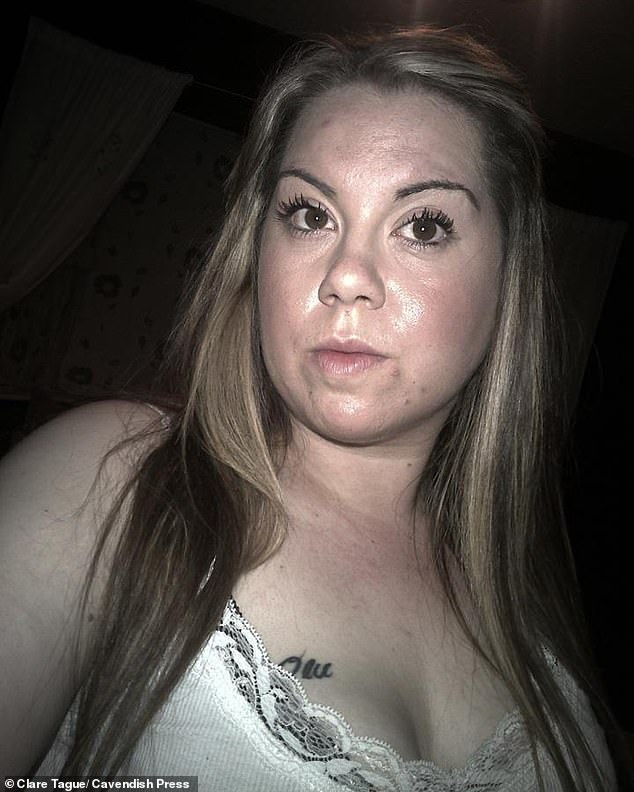 Prosecutor Alison Heyworth said: ‘The defendant was tested for drugs and had none in her system.It was a total of 1.2 kg of cocaine.

‘An aggravating feature is that this was all present whilst she had a young child inside the house. She has a lack of previous convictions.’

Defence lawyer Rachel White said her client became depressed after her father died and developed an addiction to gambling which left her with ‘serious debt.’ 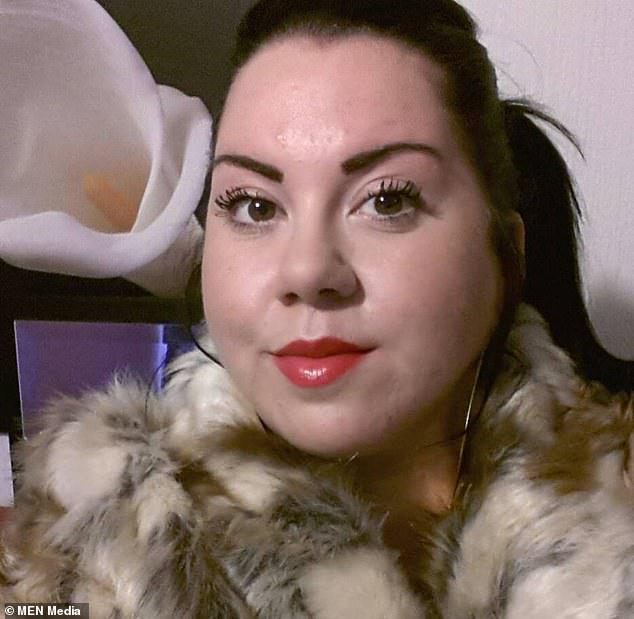 Tague claimed she discovered the 1.2kg stash while on a walk then hid it in her bedroom, under the bin and on bookshelves

She said: ‘This was all to try to get rid of the debt. She shows significant remorse and has been separated from her child for a significant amount of time.

‘She is at a low risk of reoffending. She did not make a very substantial gain or have control over others.

‘She was just looking after the supply for some financial gain. She was part of a chain of supply and wasn’t going to reap all the benefits.’

Judge Martin Walsh told Tague: ‘Drugs damage lives and relationships and cause people to commit crime to feed their addictions and this requires a significant custodial sentence – you were expecting to make significant financial gain.’

Tague will face a Proceeds of Crime hearing next year.