A mother was sent the passports of 31 strangers in the post – and the bungling Home Office has no idea why.

Keira Craig, 33, and her partner Ryan had applied to renew their passports online last month.

But she was shocked when she was sent 40 bulging envelopes containing 31 strangers’ passports and other confidential documents including birth and marriage certificates. 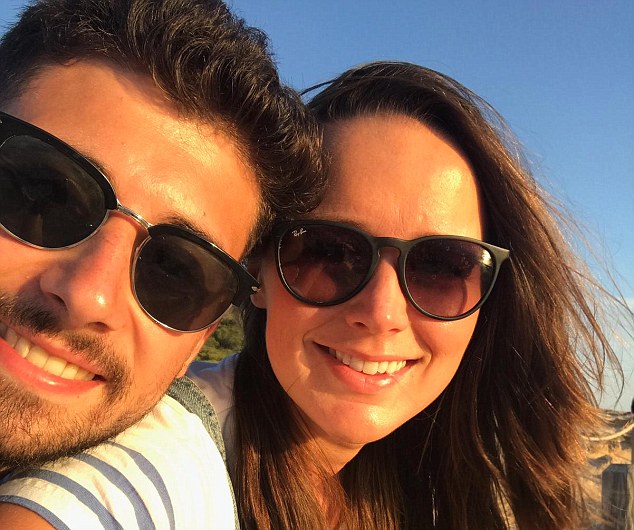 Keira Craig, 33, and her partner Ryan had applied to renew their passports online last month, and back came 40 bulging packages 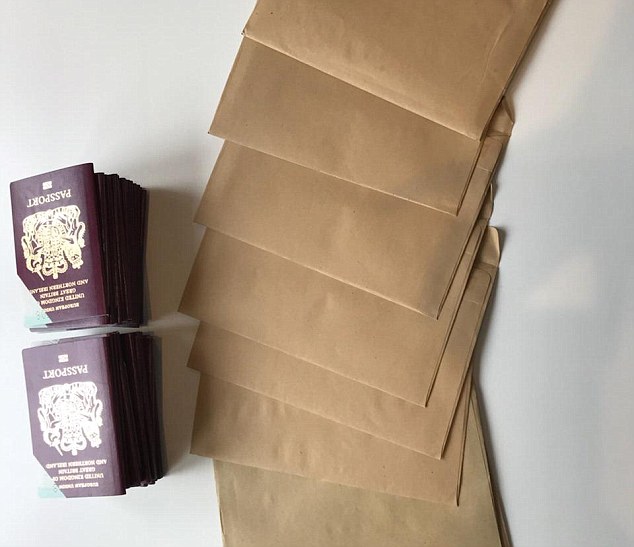 The mother-of-one from south-west London, described her amazement when the postman presented her with a thick bundle of packages tied together with an elastic band.

She said: ‘The postman said, ‘You’ve got a lot of mail today.’

‘There were like 30 different envelopes. As soon as I saw them I knew what they were because of the size of the passports.’

As they were all addressed to her, Miss Craig first thought the Passport Office may have mistakenly sent her several copies of her own documents.

But as she opened each package, she realised she had been sent dozens of passports belonging to complete strangers.

She said: ‘It felt like a total invasion of people’s privacy but I had to open them to check.

‘There’s such sensitive information in a passport. Even if it’s invalid it’s the thought of someone having your passport. They have got all your emergency contact information and a lot of them have visas in them. 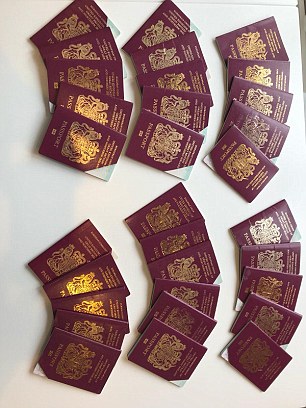 Keira Craig said: ‘There were like 30 different envelopes. As soon as I saw them I knew what they were because of the size of the passports’

‘I just felt scared for all these people. It’s not nice to think all your information could be sent. It can get to the wrong people.’

Among the pile of strangers’ documents, Miss Craig found her old returned passport with its corner clipped off.

Before the bundle arrived, she had received around 40 text messages from the Passport Office informing her that her old passport was on its way.

She initially thought the same text had been sent multiple times by accident, but when she looked at them again she noticed that each one had a different reference number.

When she called the Passport Office to report the data breach, Miss Craig was shocked to find out that they were already aware something had happened.

‘Maybe there was a list of potential people but it was a bit weird and I thought, God I’m on some list online. You would have thought they’d be in touch.’

The Passport Office even warned Miss Craig that she may receive more documents in the post because they did not know how the error had occurred.

She has not been sent any more, however, and a courier picked up the initial bundle of documents last week. 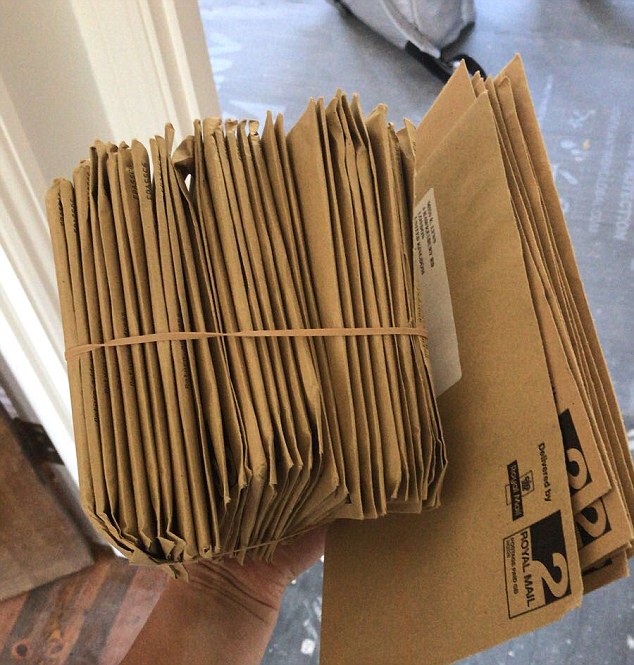 A Home Office spokesman said: The security of our customers’ personal information is paramount, and we are urgently investigating this incident.

‘We are in the process of recovering these documents, and all customers affected will be informed.

‘We are grateful to Keira for alerting us to this matter, and apologise to her for the inconvenience caused.’