A MUM was stunned to discover she'd accidentally served her hungry son the perfect outline of the British Isles with pork escalopes.

Sophie Brampton, 47, was plating up a meat-heavy meal for her children, when she spotted the instantly recognisable outline of England, Wales and Scotland. 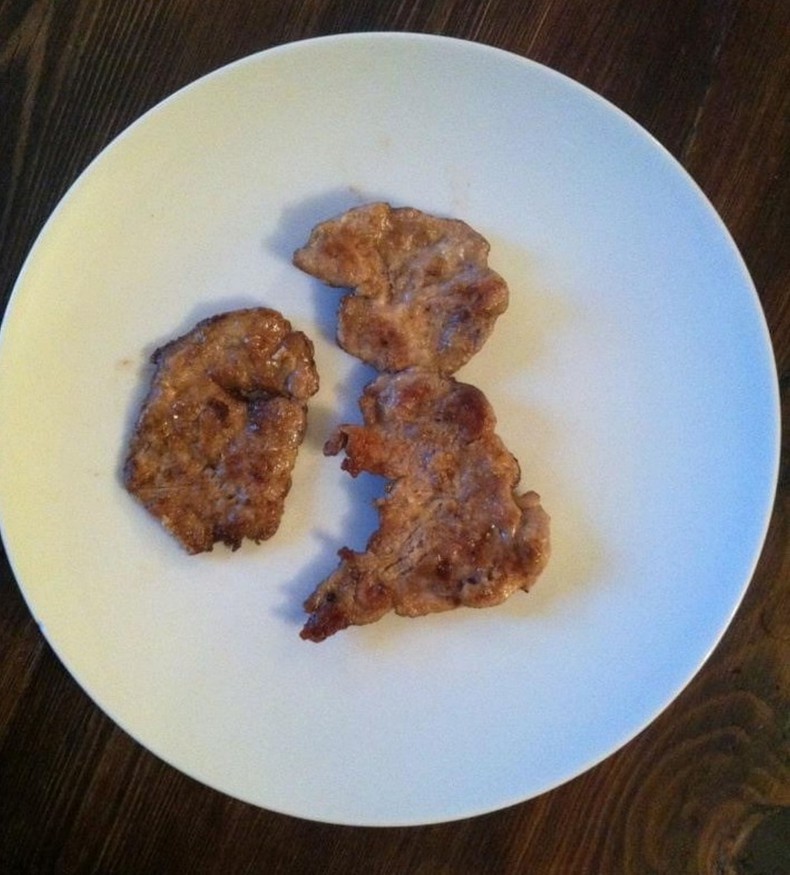 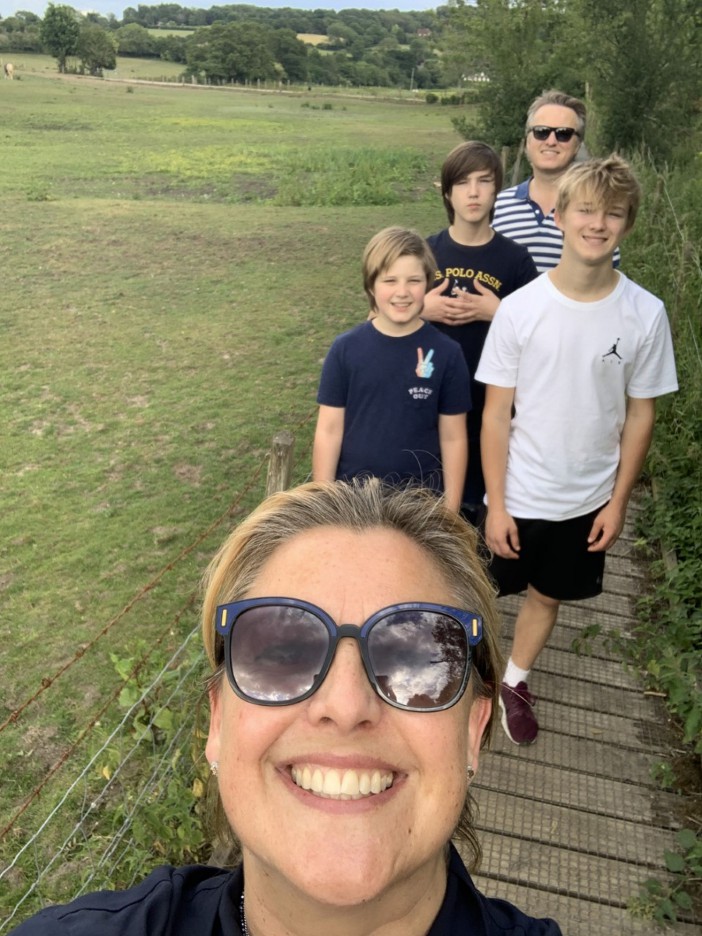 When the NHS physiotherapist added another porky portion to 12-year-old Eddie Brampton's plate she completed the set and added Ireland next to it.

After taking a quick snap of it,the mum-of-three said the chops were quickly wolfed down.

Sophie, from Amersham, Buckinghamshire, said: "I was cooking a mid-week dinner and we were having pork escalopes with potatoes and green vegetables.

"I was pan-frying the pork, it just turned out one of the pieces went in as a thinner strip that then took the form of England, Scotland and Wales.

"It wasn't apparent until I placed it on the plate, then I managed to place Ireland next to it.

"I managed to take a quick photo of it before it was demolished, I took it because we were all so amazed by the shape of the escalope.

"We've never seen anything like it in our lives."

The escalopes were bought from award-winning butchers Mayo Bros in Chesham Bois, Buckinghamshire, where Sophie buys meat weekly for the family meals.

Sophie, who also lives with lawyer husband Paul Brampton, 51, Charlie Brampton, 16, and 14-year-old Harry Brampton, said: "We got the pork escalopes from butchers Mayo Bros. They're local legends, they're excellent butchers, and have been there for many years.

"Lockdown has almost finished me off for cooking. It's so soul destroying because you cook a big meal, you stand there cooking it for an hour and a half, and then they'll eat it and while you're still clearing up they'll be in the kitchen making a sandwich.

"It's like [feeding] a bottomless pit. I think we were maxing out at £400 a week during lockdown they were eating so much food.

"I just couldn't wait for them to go back to school and have some school meals." 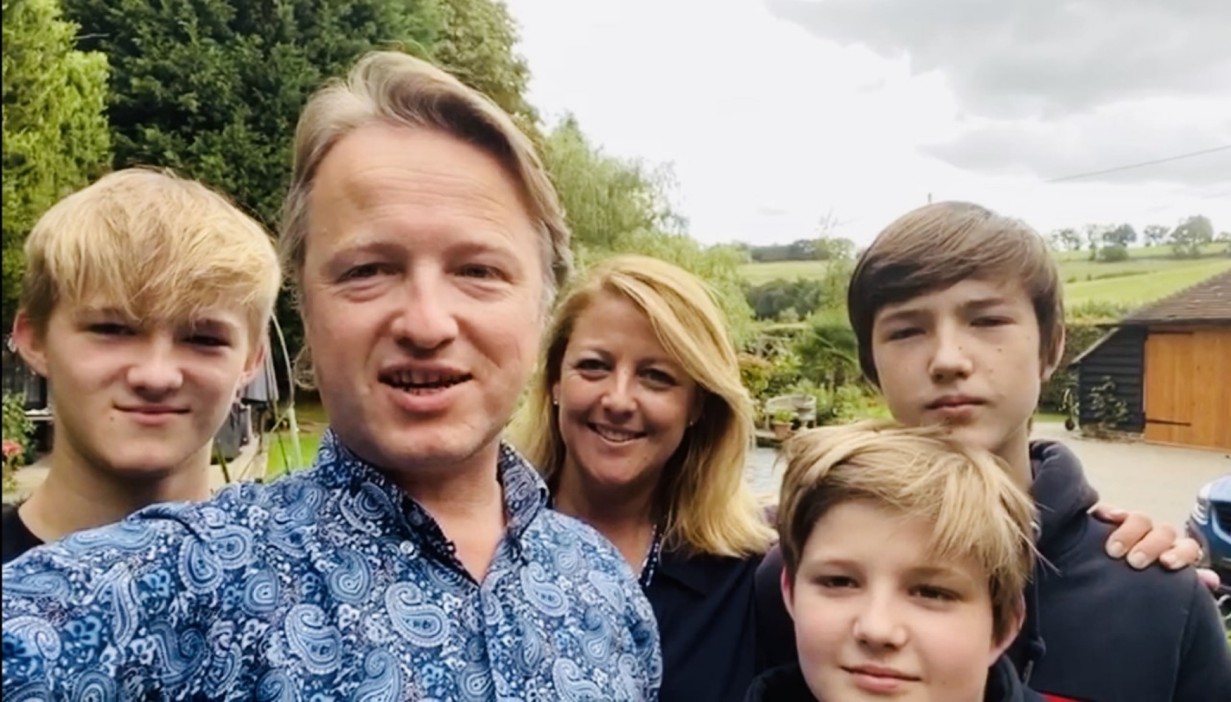 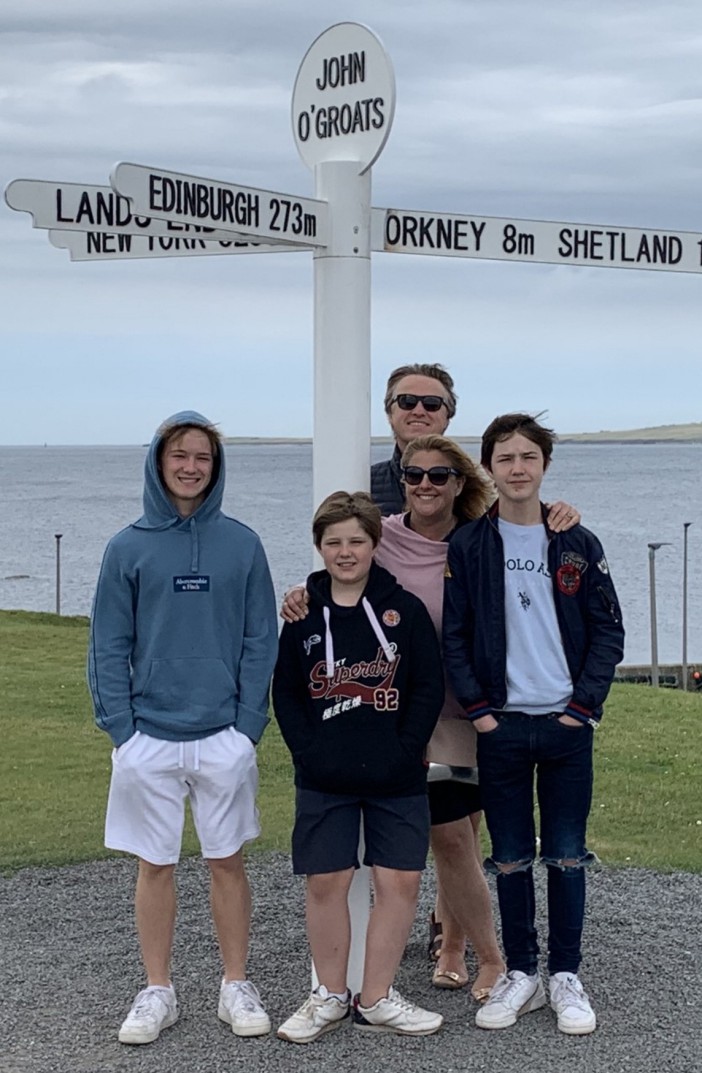