THE US Navy medic who died in the Kabul terror attack has been identified as it's revealed he wrote a chilling final Instagram post that said "it's kill or be killed."

Max Soviak, a Navy medic believed to be in his early 20s, was killed in the explosion on Thursday. 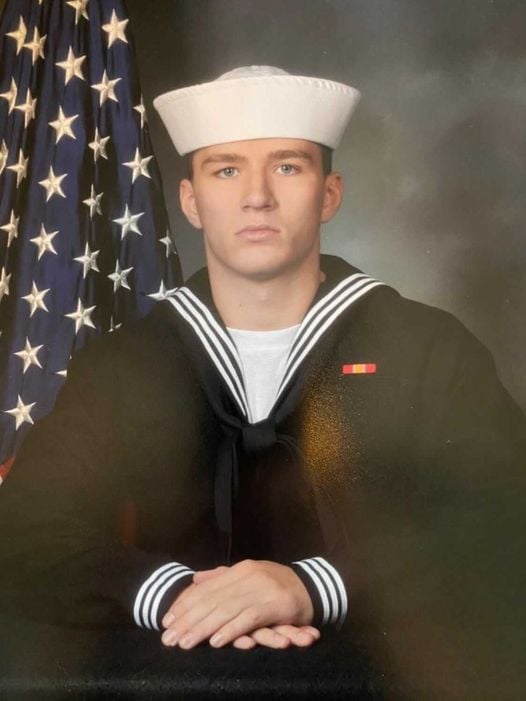 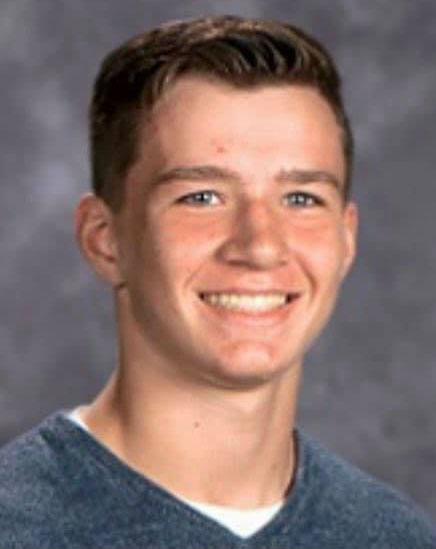 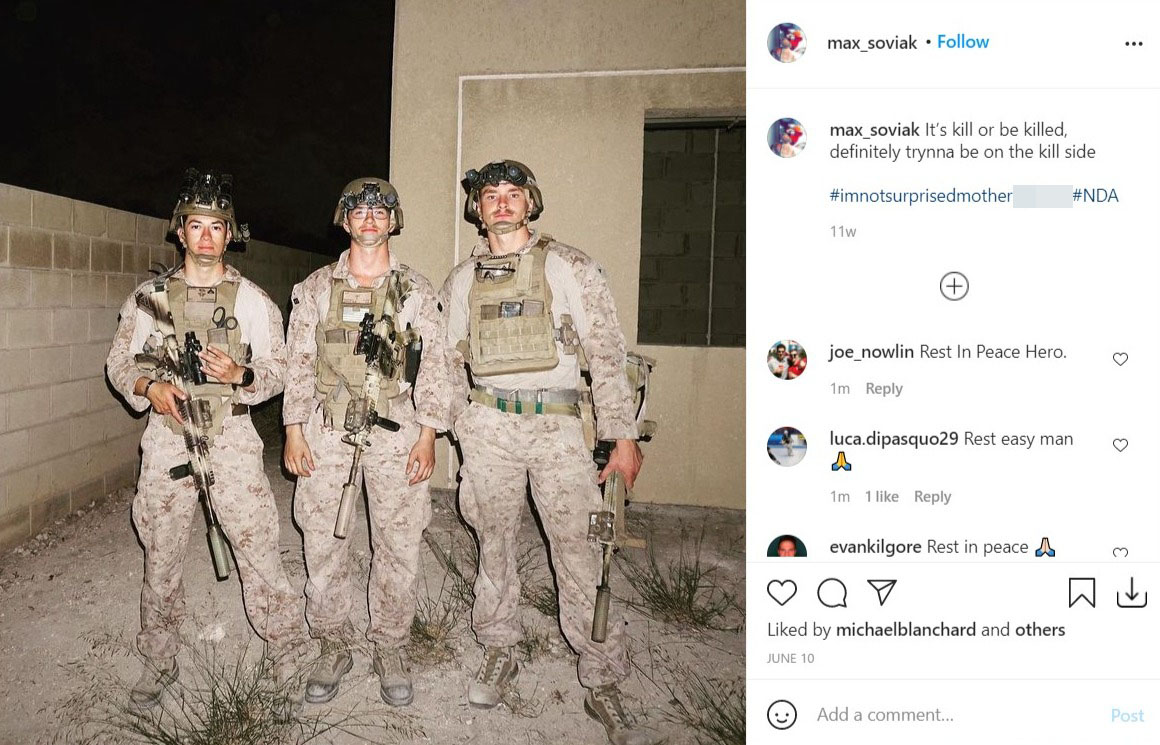 In a final post, from June 10, Soviak posted a photograph of him in his fatigues with the caption: "It's kill or be killed, definitely trynna be on the kill side."

His heartbroken sister, Marilyn, paid tribute to her "baby brother" on Instagram, saying "there is a large Maxton sized hole that will never be filled."

"What I will say is that my beautiful, intelligent, beat-to-the-sound of his own drum, annoying, charming baby brother was killed yesterday helping to save lives," she wrote. "He was a f**king medic. there to help people. And now he is gone and my family will never be the same."

"He was just a kid. We are sending kids over there to die. Kids with families that now have holes just like ours. I’m not one for praying but damn could those kids over there use some right now. My heart is in pieces and I don’t think they’ll ever fit back right again."

Soviak graduated from Edison High School in New Jersey, who said he was a "good student" who was "well respected and liked," adding that his death brought "great sorrow."

The young man was alongside 10 Marines and 2 Army soldiers who lost their lives after ISIS released a suicide bomber into the grounds near Kabul airport where the US were helping innocent Afghans escape the Taliban-ruled city.

The attacks marked the deadliest day since 30 Americans, including 22 Navy SEALs, were killed after a Chinook helicopter was shot down by a grenade in Afghanistan in 2011.

ISIS claimed responsibility for the attack as the terror group released a picture of the suicide bomber.

The terrorist group said one of its suicide bombers had targeted "translators and collaborators with the American army."

The splinter group claimed the attacker was able to come within five meters of American troops who were collecting documents at the airfield.

DEADLIEST DAY IN A DECADE

One of the bombers reportedly hit people standing in a wastewater canal – sending bodies flying into the water.

It's understood one walked into the middle of families before blowing himself up.

People waiting desperately for a flight out of the country were seen carrying those who had been injured to ambulances.

Bloodied survivors were raced from the scene in wheelbarrows, according to local TV news channels.

US forces helping to evacuate Afghans desperate to flee new Taliban rule were on alert for more attacks on Friday.

US and allied forces are racing to complete evacuations of their citizens and vulnerable Afghans and to withdraw from Afghanistan by an August 31 deadline set by President Joe Biden.

Biden said on Thursday evening he had ordered the Pentagon to plan how to strike ISIS-K, the Islamic State affiliate that claimed responsibility.

The group has killed dozens of people in attacks in Afghanistan in the past 12 months.

Biden has defended the troop withdrawal, saying the United States long ago achieved its original rationale for invading the country in 2001.

The US-led invasion toppled the then-ruling Taliban, punishing them for harboring al Qaeda militants who masterminded the September 11 attacks that year.

General Frank McKenzie, head of U.S. Central Command, said on Thursday that the United States will press on with evacuations despite the threat of further attacks.

He said some intelligence was being shared with the Taliban and he believed "some attacks have been thwarted by them."

The United States said it would continue airlifting people right up to next Tuesday but will prioritize the removal of US troops and military equipment on the last couple of days.