The Navy seized a vast haul of military grade weapons hidden on a ship bound for Yemen – including a cache of assault rifles and machine guns.

An American defense official said that Navy’s initial investigation found the vessel came from Iran, tying the Islamic Republic to arming the Houthis despite a United Nations arms embargo. 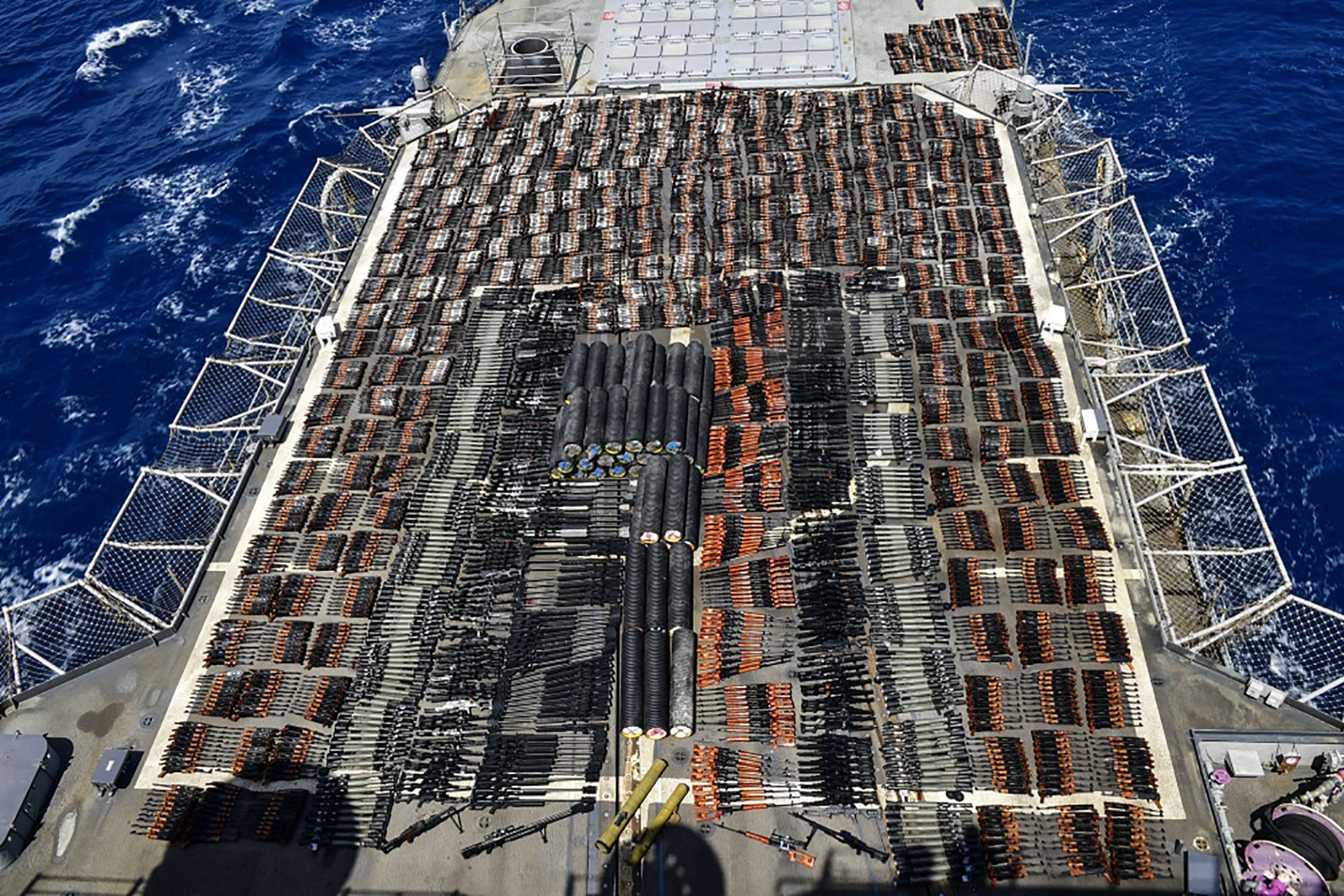 The terrifying haul was discovered after a guided-missile cruiser USS Monterey discovered the weapons aboard a stateless dhow – a traditional Mideast sailing ship on Thursday in the northern reaches of the Arabian Sea off Oman and Pakistan.

According to the AP, US navy team seized nearly 3,000 Chinese Type 56 assault rifles and hundreds of other heavy machine guns and sniper rifles, as well as dozens of advanced anti-tank guided missiles.

The Navy’s Mideast-based 5th Fleet did not identify where the weapons originated, nor where they were going.

“After all illicit cargo was removed, the dhow was assessed for seaworthiness, and after questioning, its crew was provided food and water before being released,” the 5th Fleet said in a statement.

However, a defense chief said the weapons resembled those of other shipments interdicted bounded for the Houthis. 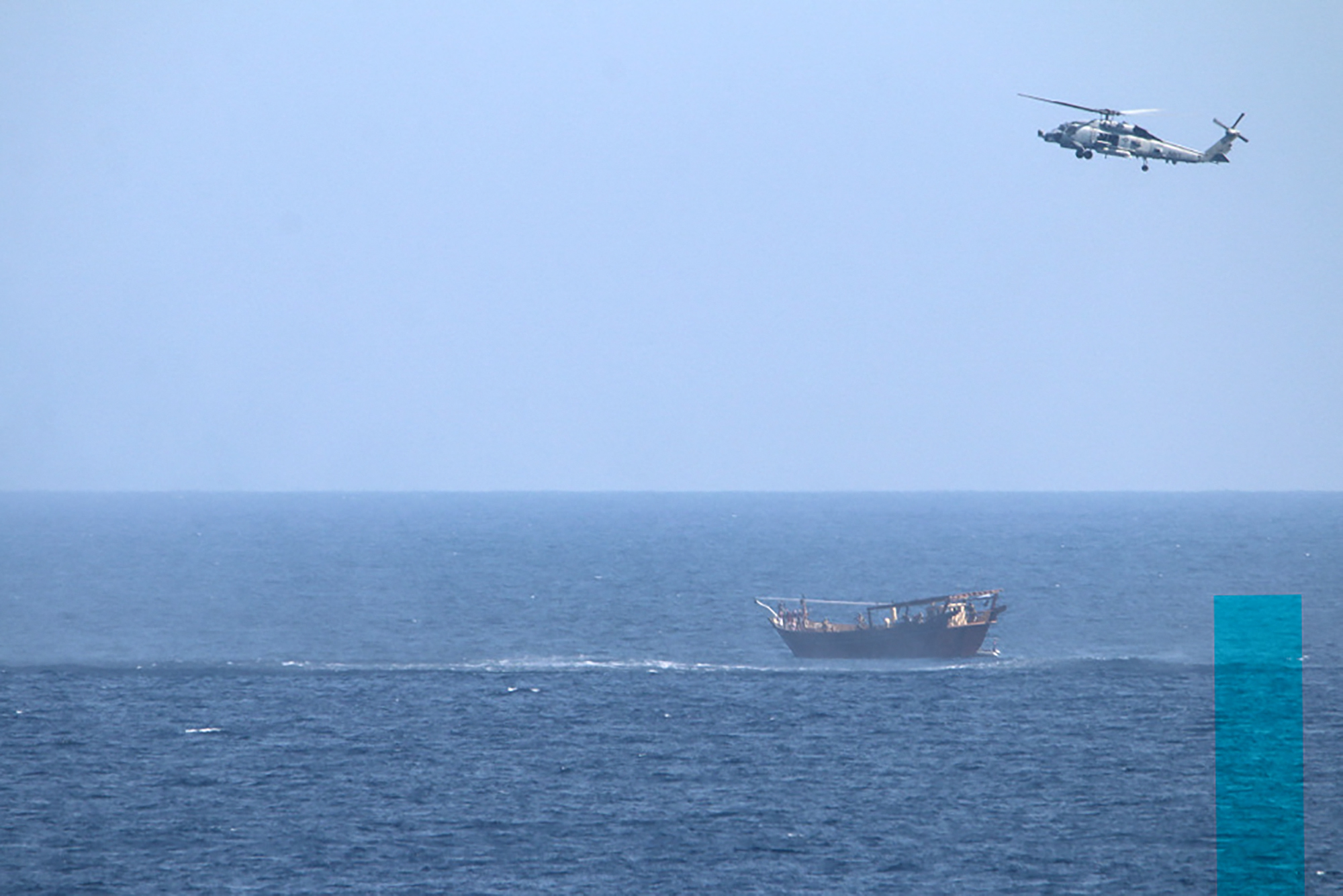 It is still under investigation.

Investigative researcher Tim Michetti said: "The unique blend of materiel recovered by the USS Monterey appears to be consistent with the materiel from previous interdictions, which have been linked to Iran,'who studies the illicit weapon trade.

The Yemen war can be traced back to the handover of power from long-time autocratic President Ali Abdullah Saleh to his deputy and current president Abdrabbuh Mansour Hadi in November 2011.

Saleh was forced to stand down in a bid to return stability to the country following the Arab Spring, a series of uprisings across the Middle East and North Africa.

As president, Mr Hadi struggled to deal with a variety of problems, including attacks by jihadists as well as corruption, unemployment and food insecurity.

Meanwhile, the Houti movement took advantage of the new president's weakness by taking control of the country's northern heartland of Saada province and neighbouring areas.