Jones is one of several US white supremacists to spark controversy by announcing their bid for public office this year. 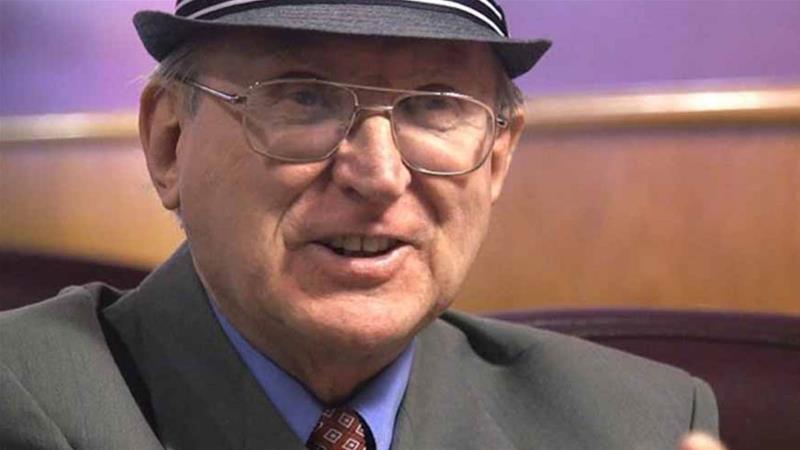 A neo-Nazi and Holocaust denier garnered more than 20,000 votes and won the Republican primary in the 3rd Congressional District of Illinois on Tuesday night after running uncontested.

Arthur Jones, 70, announced his congressional candidacy earlier this year, prompting the Republican Party to disavow him.

According to preliminary polls, 20,339 people cast their ballot for Jones, who has a long history of white supremacist advocacy and was once a member of the American National Socialist Workers Party.

Jones will likely run against incumbent Democratic Representative Dan Lipinski, who has held the seat for more than a decade, according to US media projections.

In the past, Jones unsuccessfully ran for public office several times, including bids for US House of Representatives and Chicago mayor.

In February, the Anti-Defamation League (ADL) warned that the race will afford Jones a platform to advocate anti-Semitic and white supremacist views.

“While few believe Jones has any chance of winning the third [district], where voters have elected a Democrat in 24 of the last 25 Congressional races, as a major-party candidate for a statewide seat, Jones will have a significant platform for his hateful views,” the ADL said in a statement at the time.

His website bears a section titled “Holocaust?”, under which there is a document embedded called, The “Holocaust” Racket.

Among the issues on his website are promises to campaign against undocumented immigrants, to bring US troops back from overseas wars, to make English the official language of the country, to repeal the federal income tax and to bar welfare recipients from being able to buy guns, among others.

“All these Black [sic] and Hispanic housing complexes are populated by thousands of these street gang thugs, living in subsidised housing where they hide their guns and plan their killings,” Jones’ platform states.

His website also hosts a slideshow of photos showing him participating as a host of white supremacist events, including National Socialist Movement rallies, and holding banners calling for Muslims to be banned from entering the US.

Accusing Trump of betrayal, he said: “Now, President Trump – he has surrounded himself with hordes of Jews,” he proclaimed, “including a Jew in his own family.”

He was referring to Jared Kushner, Trump’s son-in-law and senior adviser.

Trump’s candidacy and presidential success energised the US far right, with white supremacists and neo-Nazis standing behind his anti-immigration and anti-Muslim policy promises.

The alt-right – a loosely knit coalition of white supremacists, white nationalists and neo-Nazis – rallied behind Trump’s campaign and celebrated his victory. There have since been breaks in the group’s support for the president.

Jones is not the only white supremacist candidate who has announced candidacy for public office this year.

In Wisconsin, Paul Nehlen, who has promoted the anti-Semitic conspiracy theory that Jews control the media, is running against Republican House Speaker Paul Ryan in that state’s first district.

In January, Nehlen appeared on a radio programme hosted by former Ku Klux Klan (KKK) leader David Duke and insisted that it is “right and righteous” to advocate for maintaining a white majority in the US.

“I think that we [white people] have built wonderful civilisations in northern Europe and around the world,” Nehlen proclaimed.

“And if it weren’t for our leadership, many more people would’ve died over the course of history.”

In Montana, former KKK organiser John Abarr is running as a Republican for the House of Representatives. Although Abarr briefly switched to the Democratic Party, he later returned to the Republican Party.

On Abarr’s website is a banner that urges followers to “unite the right”.

Fields had been photographed marching with a neo-Nazi group earlier in the day.

Abarr claims he is no longer a white supremacist and has posted an apology for his racism on his website.

Yet, his platform still declares his goal of having “European Americans” designated as “protected class under the law”.

“There is widespread discrimination and hatred targeted at European Americans,” the platform reads.