A NEW piece of Valentine's Day-inspired street art believed to be created by Banksy has appeared overnight in Bristol.

The mural, drawn in Banksy's usual stencil style, shows a young girl firing a slingshot of flowers and was spotted today by locals in Marsh Lane. 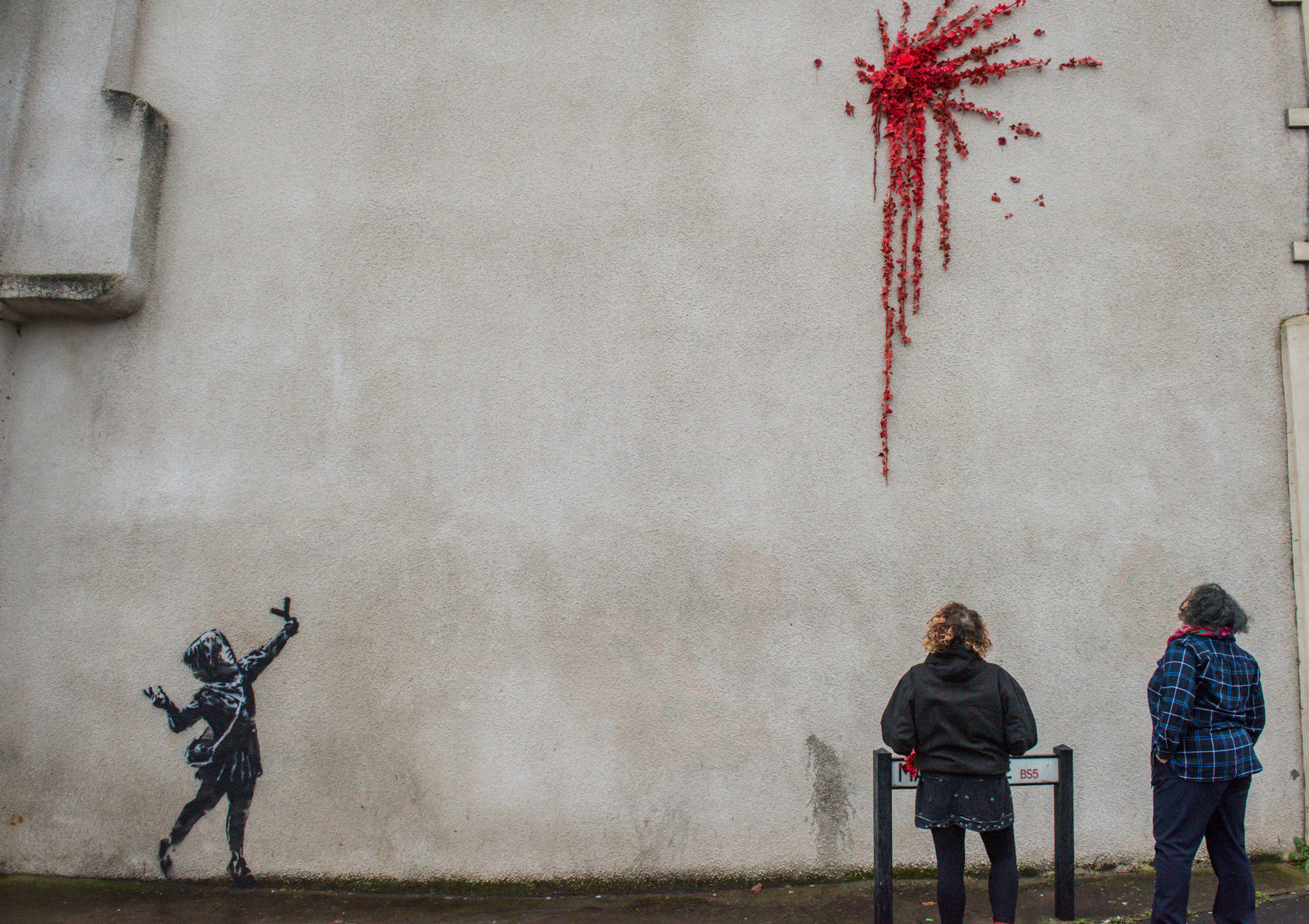 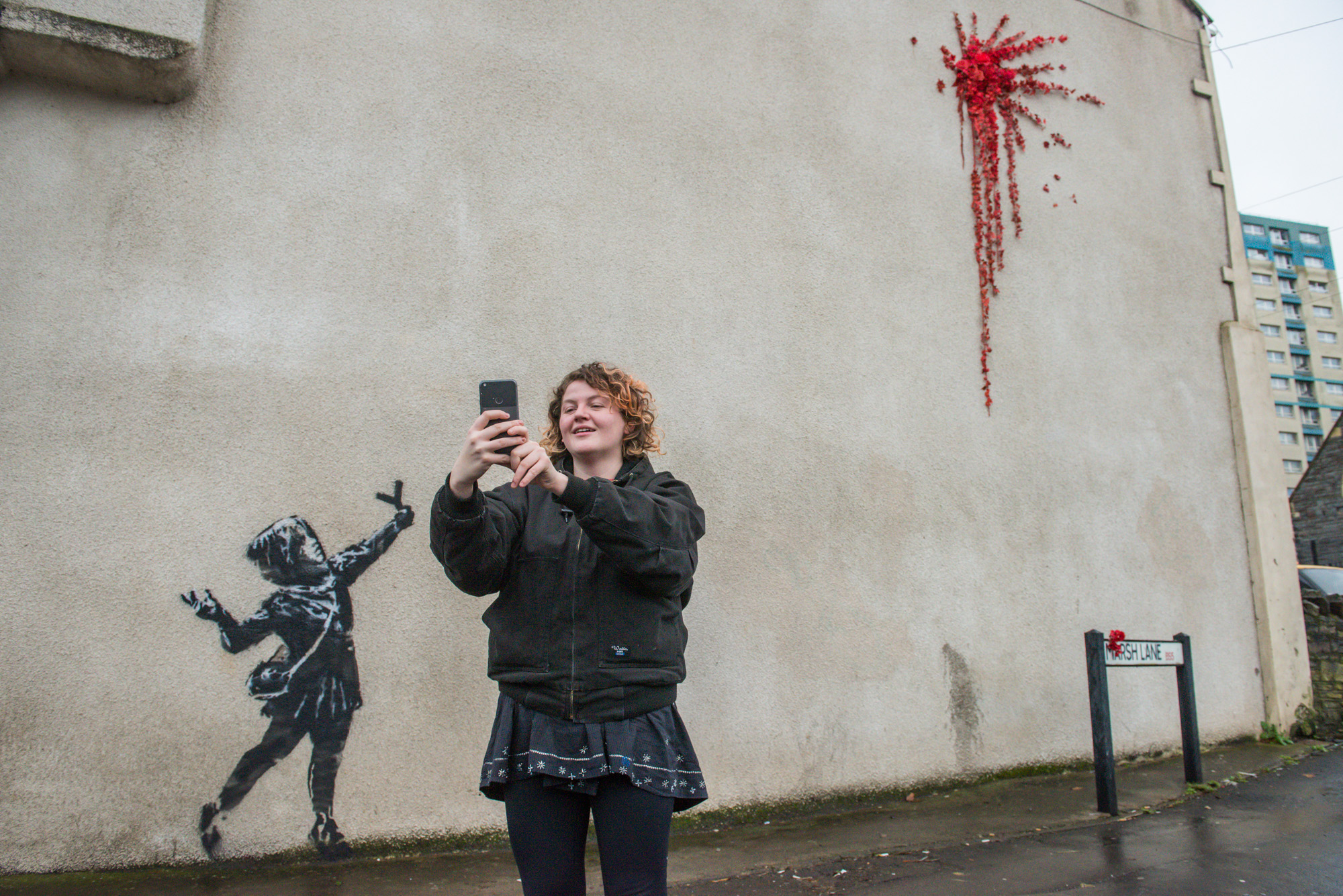 Banksy is yet to claim the piece, but Bristolians are excited about the new work.

Kelly Woodruff, 37, whose father owns a house on Marsh Lane, said she was "gobsmacked" that Banksy had drawn the mural on her dad's birthday.

She said: " I'm so excited. It's given everyone a bit of a buzz.

"I haven't even spoken to my dad about it yet. I saw it on Facebook and immediately texted it to him. It's his birthday."

Banksy is known to work overnight to keep his identity hidden.

One eyewitness noticed the mural this morning and said it wasn't there last night as they walked home.

They told Bristol Live: "Noticed when I went to the shop to get a couple of things."

"It caught my eye as I know that wall is normally blank.

They added: "The child in the corner is what makes me think it's Banksy as it is very alike to his other pieces."

The piece shows a young girl with her hand extended toward a red heart-shaped balloon being carried away by the wind.

It was first spotted in 2002 in various spots in London and has become one of Banksy's most famous works.

Banksy is an elusive graffiti artist whose real identity has never been revealed.

His street art has been spotted around the south of England, including London, Brighton and Bristol as well as prominent international locations.

He is one of the world's richest and most well-known artists worth an estimated £38 million.

But last year, his ex-agent Steven Lazarides released a series of exclusive pictures of the young artist at work.

The snaps show the secretive street scribbler working on some of his most famous etchings, but his face still remains a mystery. 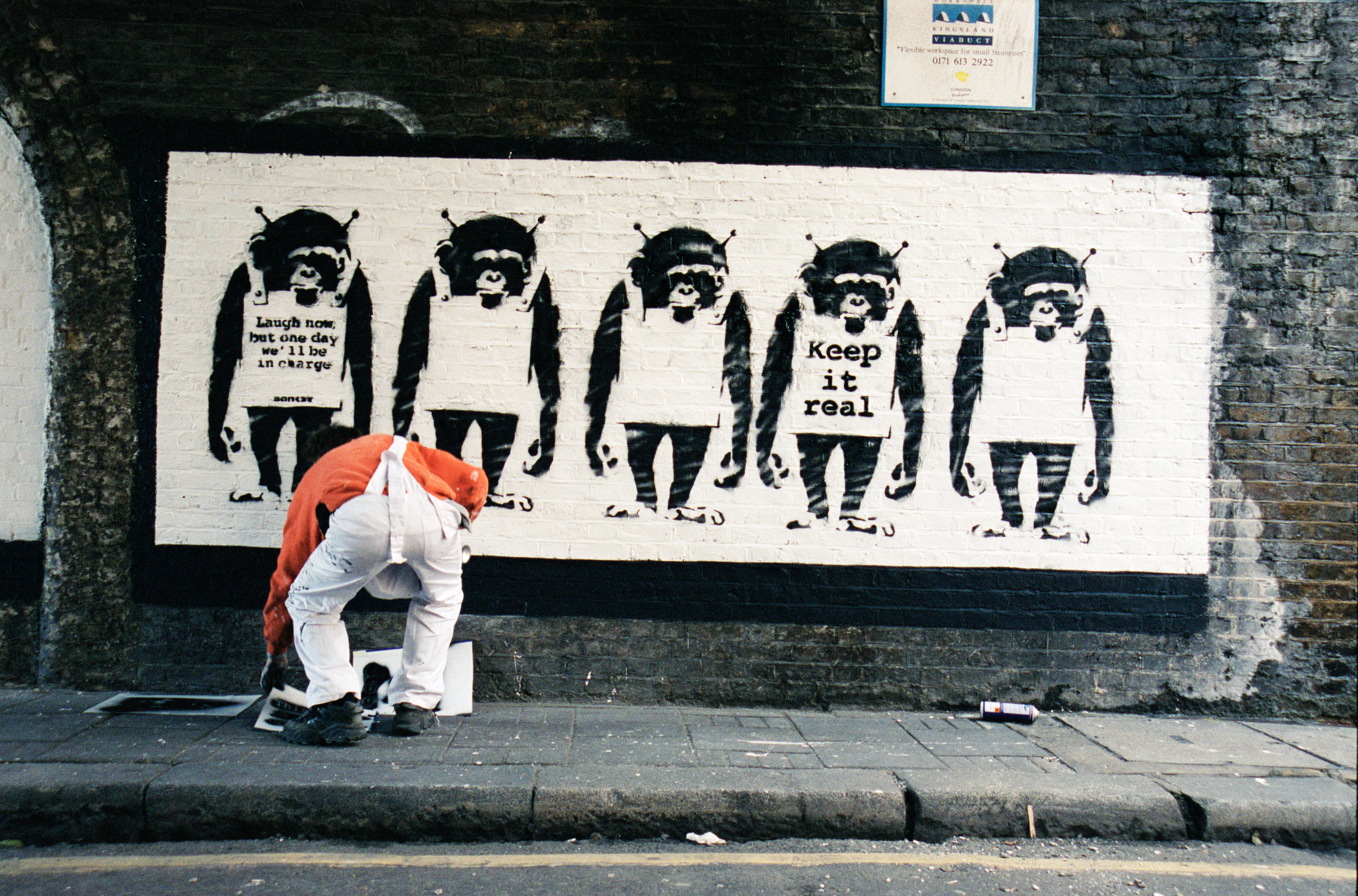 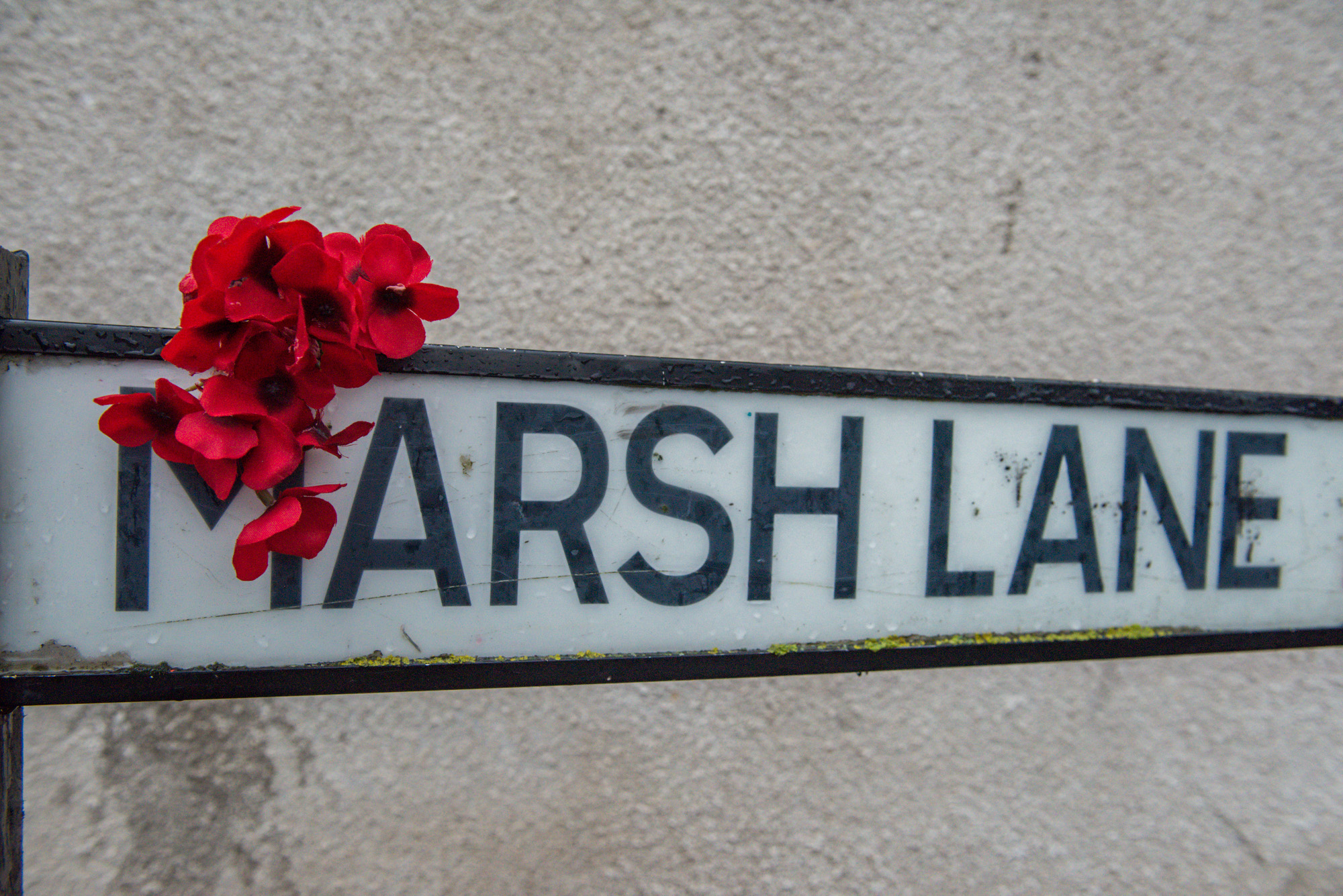 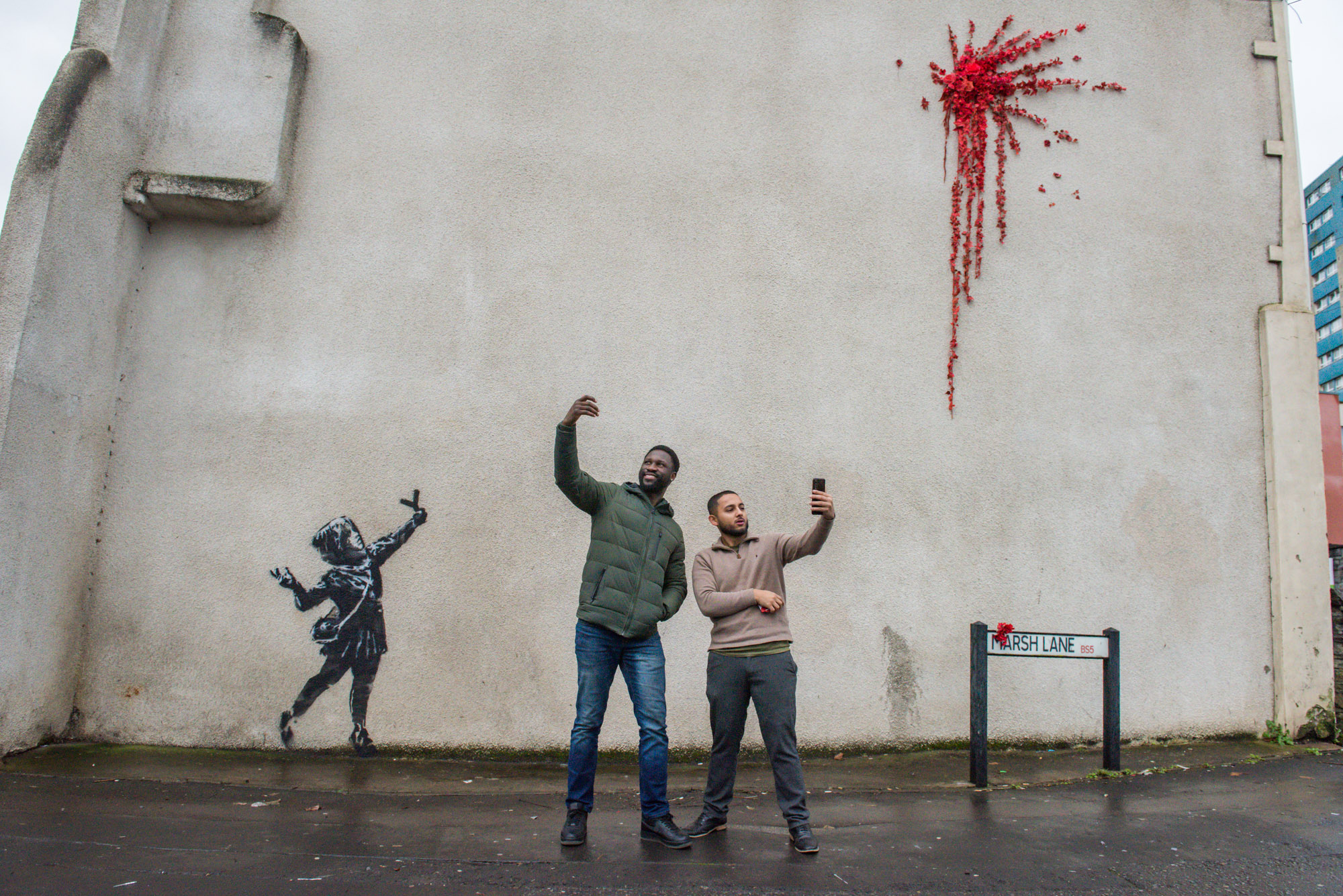 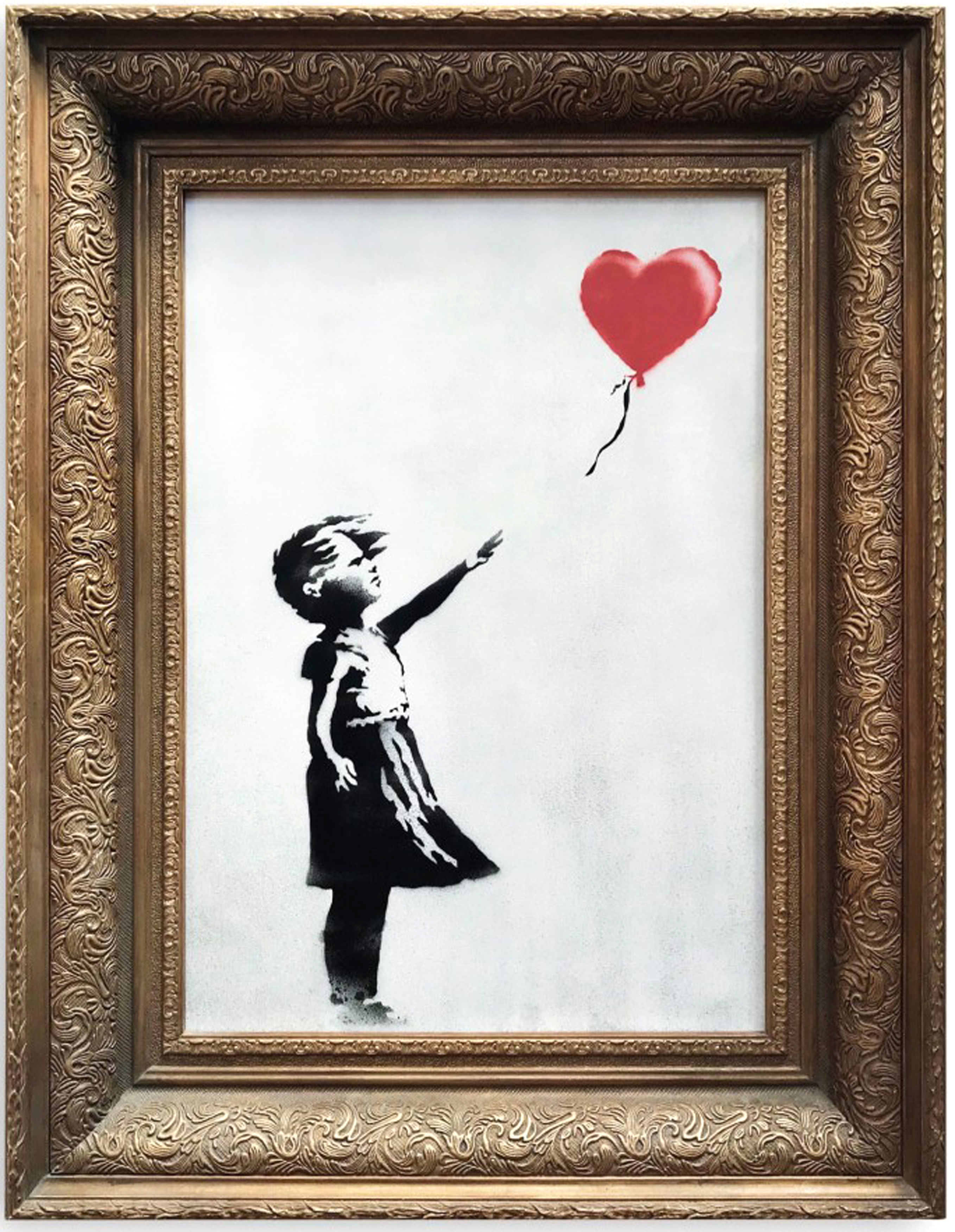