New 'game-changer' wine bottle is made out of paper

Fancy a Châteauneuf-du-PAPIER? New ‘game-changer’ wine bottle is made out of paper 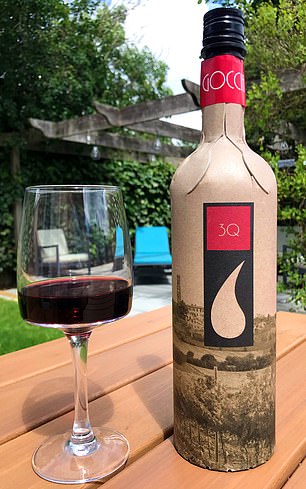 Made in Ipswich by Frugalpac, it comes with a plastic liner that can be stripped out so the bottle can be put in household recycling

It has the traditional wine bottle shape, but is greener, lighter – and made of recycled paper.

Developed by a British company, the Frugal Bottle (below) is about to go on sale in this country in partnership with an Italian vineyard.

Glass wine bottles are costly to make and transport and it is claimed the Frugal Bottle has a carbon footprint that is 84 per cent lower.

Made in Ipswich by Frugalpac, it comes with a plastic liner that can be stripped out so the bottle can be put in household recycling.

The bottle weighs 83g, which compares to around 400g-500g for conventional glass, making it easier and cheaper to deliver around the world.

The first wine to go on sale in the bottle is called 3Q 2017, a red sangiovese from vineyard Cantina Goccia. It will sell at around £13 and will be available here, in Denmark and Holland over the next few weeks.

‘We want to deliver great wine and spirits in innovative packaging whilst helping our customers and consumers reduce their impact on the environment.’ The cost of making the bottle is on a par with glass.

Cantina Goccia owner Ceri Parke, said: ‘We’re delighted to be making history with the most sustainable wine bottle in the world.

‘When some of our top hotel customers saw samples of our paper wine bottle, there was no hesitation in their minds that this type of bottle would be well received. 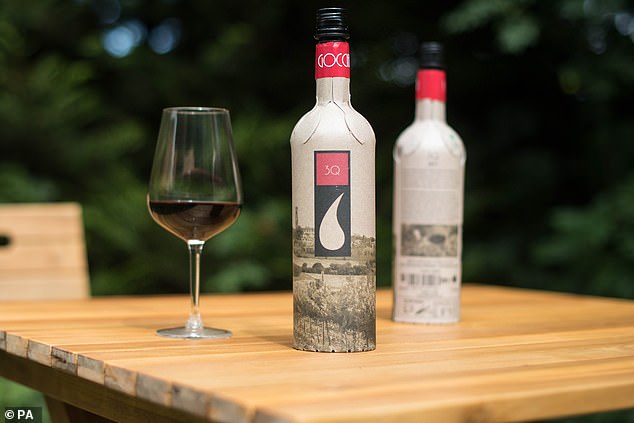 The first wine to go on sale in the bottle is called 3Q 2017, a red sangiovese from vineyard Cantina Goccia

‘It’s much lighter than glass, easier to transport and friendlier to the planet. Just as important, our wine still tastes as wonderful in a paper bottle as it does in glass.

‘We passionately believe this is a real game changer for the wine industry.’

Frugalpac first developed the technology to create recyclable coffee cups that would replace the billions used by the major chains that end up going to landfill or being incinerated for power. It has subsequently been trialled by Starbucks.

The first Italian red will initially be available to buy online from www.cantinagoccia.com and in Scotland from Woodwinters Wines & Whiskies. The price has not yet been settled, however it is likely to be up to £12.99.