A woman who contracted New Zealand’s first local case of COVID-19 for more than two months is infected with the highly transmissible South African variant and likely contracted the virus within hotel isolation, health authorities say.

No other community cases have yet been detected, Director-General of Health Ashley Bloomfield said on Monday. 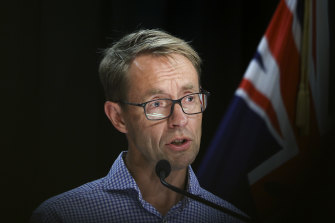 The source of the virus is believed to be another arrival who was isolating in a nearby room before they tested positive on day three of their quarantine and were transferred to a separate facility. The overlap happened on the woman’s second to last day in isolation.

The woman, a 56 year old, had twice tested negative to the virus, on day three and day 12 of quarantine, before being released into the community on January 13. Within days of returning home she started to feel muscle aches but did not experienced respiratory symptoms such as coughing or sneezing.

She tested positive to the virus about a week later, on Saturday night.

Two close contacts of the woman, her husband and a hairdresser, have tested negative, but tests on 13 other close contacts – all retail workers – are pending. Authorities have named 28 other sites the woman visited as locations of potential infection.

Extra testing centres have been set up across Auckland and New Zealand’s Northland region as authorities hope to ward off any outbreak.

Bloomfield said on Monday that authorities are investigating if the ventilation system at the hotel played a role in transmission.

COVID-19 Response Minister Chris Hipkins said the infected woman had followed all the rules in place at the facility.

New Zealand rules allow those in managed isolation to take periods of exercise. Changes in recent weeks require people travelling from high risk countries to stay in their room until they receive a negative test result.

The last case of community transmission in New Zealand was on November 18.