Los Angeles is hit by magnitude 4.3 earthquake – the second tremor to rock city in a week

A small earthquake shook the greater Los Angeles metropolitan area Friday night, but there weren’t any immediate reports of major damage or injuries.

The magnitude-4.3 quake struck shortly after 7:58 p.m. and was centered near Carson, about 21 miles (34 kilometers) southeast of downtown LA, according to preliminary information from the U.S. Geological Survey website.

Its depth was reported at about 9 miles (14 kilometers), the USGS reported.

Some people reported feeling a jolt ranging from a moment to several seconds across the area. It was felt in neighboring cities, including Santa Monica, Torrance and Beverly Hills.

There were reports of a fire breaking out at an oil refinery in Carson, but a Carson city official later explained that flames seen leaping into the sky were part of a ‘controlled flaring.’ 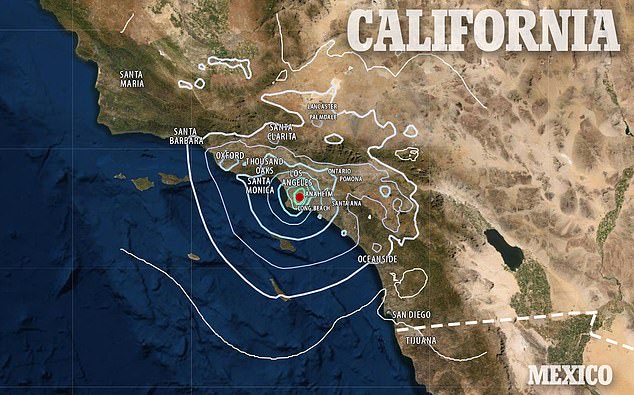 This map shows the location of Friday night’s earthquake, whose epicenter was in Carson, Los Angeles County 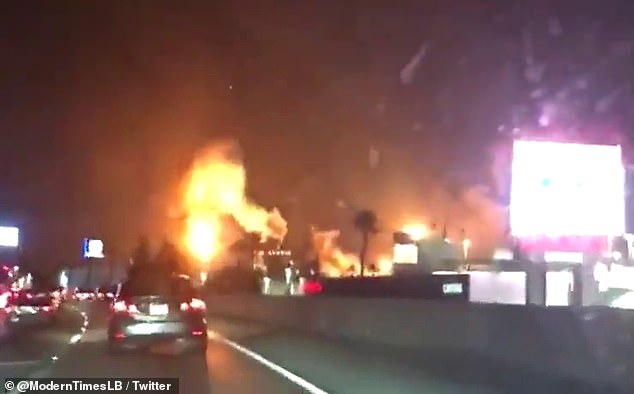 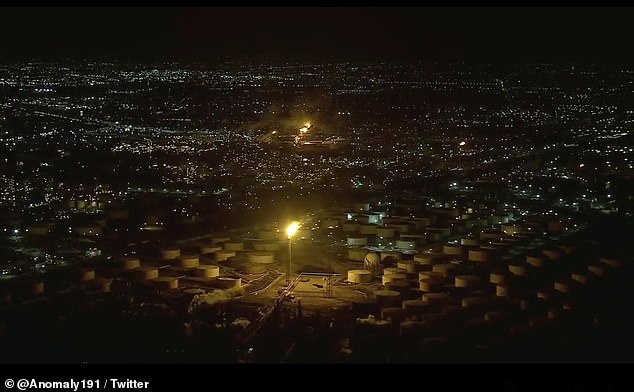 But an official said the fire was part of a controlled flaring process, and that there was nothing for locals to worry about

The Los Angeles Fire Department went into earthquake emergency mode, sending vehicles and helicopters to patrol its 470 square miles (1,217-square-kilometer) area but said it didn’t receive any reports of ‘significant damage or injury,’ according to a department statement.

Seismologist Lucy Jones told KCBS-TV that the quake ‘doesn’t look abnormal at all.’

‘This size happens on average somewhere in Southern California every couple of months,’ she said. ‘When it happens to be in the middle of the Los Angeles basin then a lot more people feel it and it becomes bigger news.’ 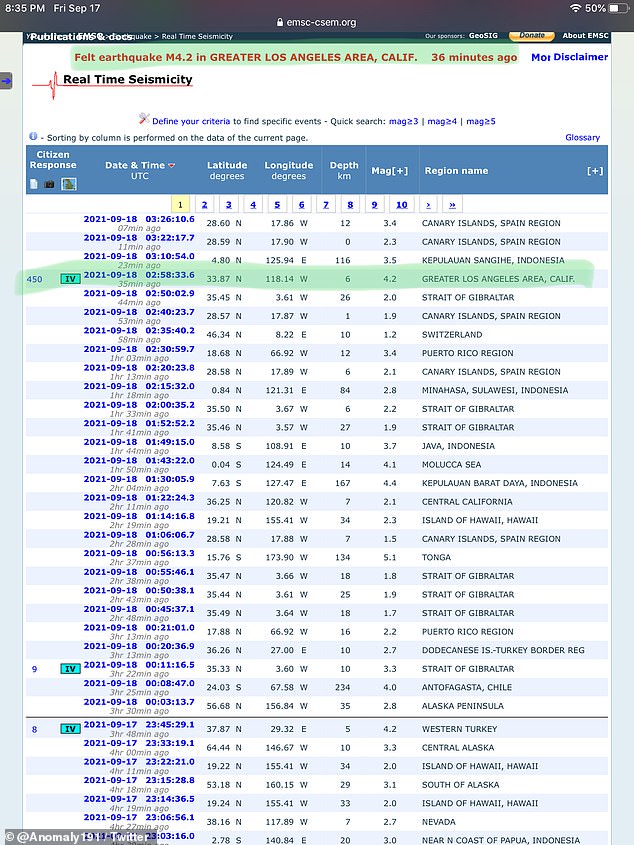 But others who experienced the quake said it was strong enough to spook them.

One local posting on KTLA’s Facebook page branded the tremor ‘a scary one.’

They added: ‘I literally heard it coming. The house was rumbling for a good 10 seconds.”

Another said they were convinced that the quake was stronger than a 4.3, writing that it ‘Was way bigger than that.’

Friday’s quake was the second to hit the area in five days, with a 3.6 tremor hitting Thousand Oaks Monday.

Los Angeles is hit by an average of five quakes measuring between 3.0 and 4.0 on the Richter scale each year.

Californians have been warned to brace themselves for ‘the big one’ for years – a quake measuring 7.8 on the Richter scale or higher, which could kill up to 1,800.

A quake of this size generally occurs every 45 to 260 years, with the last one hitting 161 years ago, LAist reported.