North Korea said Monday that it successfully tested newly developed long-range cruise missiles over the weekend, the first known testing activity in months, underscoring how the country continues to expand its military capabilities amid a stalemate in nuclear negotiations with the United States.

The state-run Korean Central News Agency reported that the missiles showed they can hit targets 930 miles away on Saturday and Sunday. State media published photos of a projectile being fired from a launcher truck and what looked like a missile traveling in the air.

The North hailed its new missiles as a “strategic weapon of great significance” — wording that implies they were developed with the intent to arm them with nuclear warheads. 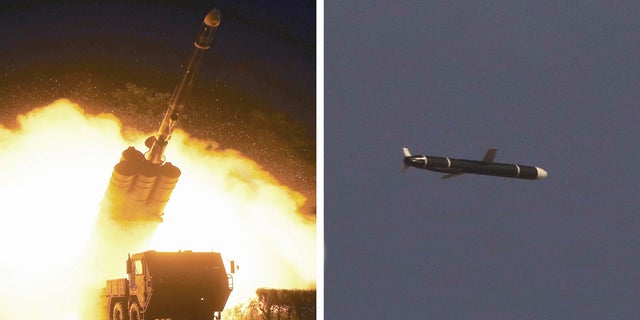 North Korea says it needs nuclear weapons in order to deter what it claims is hostility from the U.S. and South Korea — and has long attempted to use the threat of such an arsenal to extract much-needed economic aid or otherwise apply pressure. The North and ally China faced off against South Korea and U.S.-led U.N. forces in the 1950-53 Korean War, a conflict that ended in an armistice that has yet to be replaced with a peace treaty.

The international community is bent on getting the North to abandon its nuclear arsenal and has long used a combination of the threat of sanctions and the promise of economic help to try to influence the North. But U.S.-led negotiations on the nuclear issue have been stalled since the collapse of a summit between North Korean leader Kim Jong Un and then-U.S. President Donald Trump in 2019. At that time, the Americans rejected Kim’s demand for major sanctions relief in exchange for dismantling an aging nuclear complex.

North Korea ended a yearlong pause in ballistic tests in March by firing two short-range missiles into the sea, continuing a tradition of testing new U.S. administrations to measure Washington’s response. Kim’s government has so far rejected the Biden administration’s overtures for dialogue, demanding that Washington abandon its “hostile” policies first — a reference to the U.S. maintaining sanctions and a military alliance with South Korea.

The United States keeps about 28,000 troops in South Korea to help deter potential aggression from North Korea, a legacy of the Korean War.

There hadn’t been any known test launches for months since March, as Kim focused his efforts on fending off the coronavirus and salvaging an economy damaged by sanctions, bad flooding in recent summers, and border closures amid the coronavirus pandemic. Experts have warned that the economic situation is dire, although monitoring groups have yet to detect signs of mass starvation or major instability. 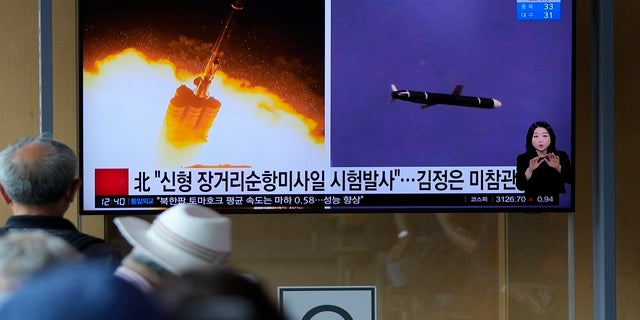 The report of the tests comes before U.S. President Joe Biden’s special representative for North Korea, Sung Kim, was to meet his South Korean and Japanese counterparts in Tokyo on Tuesday to discuss the stalled nuclear diplomacy with North Korea.

South Korea’s military is analyzing the North Korean launches based on U.S. and South Korean intelligence, the Joint Chiefs of Staff said in a statement. South Korean Foreign Minister Chung Eui-yong said after a meeting with Australia’s foreign and defense ministers that the resumption of testing activity illustrates an urgent need for reviving diplomacy with the North.

The U.S. Indo-Pacific Command said it was monitoring the situation with allies and that the North Korean activity reflects a continuing focus on “developing its military program and the threats that poses to its neighbors and the international community.” Japan said it was “extremely concerned.”

While the cruise missiles were clearly aimed at sending a message to Washington, the tests may indicate that the North is struggling with more provocative weapons systems and might not garner much of a response, said Du Hyeogn Cha, an analyst at Seoul’s Asan Institute for Policy Studies.

China, the North’s staunchest ally, didn’t comment on the missiles when asked. A spokesperson for its Foreign Ministry, Zhao Lijian, only urged “all parties concerned to exercise restraint, move in the same direction, actively engage in dialogue and contact” to reach a political settlement.

Kim doubled down on his pledge to bolster his nuclear deterrent in the face of U.S. sanctions and pressure at a congress of the ruling Workers’ Party in January. He issued a long wish list of new sophisticated equipment, including longer-range intercontinental ballistic missiles, nuclear-powered submarines, spy satellites and tactical nuclear weapons.

KCNA said the missiles tested over the weekend traveled for 126 minutes above North Korean territory before hitting their targets.

“In all, the efficiency and practicality of the weapon system operation was confirmed to be excellent,” it said.

It appeared that Kim wasn’t in attendance to observe the tests. KCNA said Kim’s top military official, Pak Jong Chon, observed the test-firings and called for the country’s defense scientists to go “all out to increase” the North’s military capabilities.

Japanese Chief Cabinet Secretary Katsunobu Kato said North Korean missiles of such range would pose a “serious threat to the peace and safety of Japan and its surrounding areas.”

He said Tokyo was working with Washington and Seoul to gather information on North Korea’s latest tests but said there was no immediate indication that the weapons reached inside Japan’s exclusive economic zone.

Kim’s powerful sister last month hinted that North Korea was ready to resume weapons testing while issuing a statement berating the United States and South Korea for continuing their joint military exercises, which she said was the “most vivid expression of U.S. hostile policy.”

The allies say their drills are defensive in nature, but they have canceled or downsized them in recent years to create space for diplomacy or in response to COVID-19.

The latest tests came after Kim threw an unusual parade last week that was a marked departure from past militaristic displays, showcasing anti-virus workers in hazmat suits and civil defense organizations involved in industrial work and rebuilding communities destroyed by floods.

Experts said the parade was focused on domestic unity as Kim faces perhaps his toughest test, with his economy in tatters.