North Korean leader sets out his vision for a tourist paradise

Welcome to the Costa Del Kim: North Korean leader sets out his vision for a tourist paradise in the communist enclave and relaxes with a cigarette by the hot springs

Kim Jong-Un has been pictured visiting hot springs in North Korea as the dictator oversees the construction of a new coastal tourist spot.

The country’s leader looked cheerful in pictures released by Pyongyang’s official news agency as he spoke to officials on a desolate-looking beach.

The planned tourist site at Wonsan-Kalma is a vast development on the North’s east coast, which Kim has ordered to be ready by the autumn of next year. 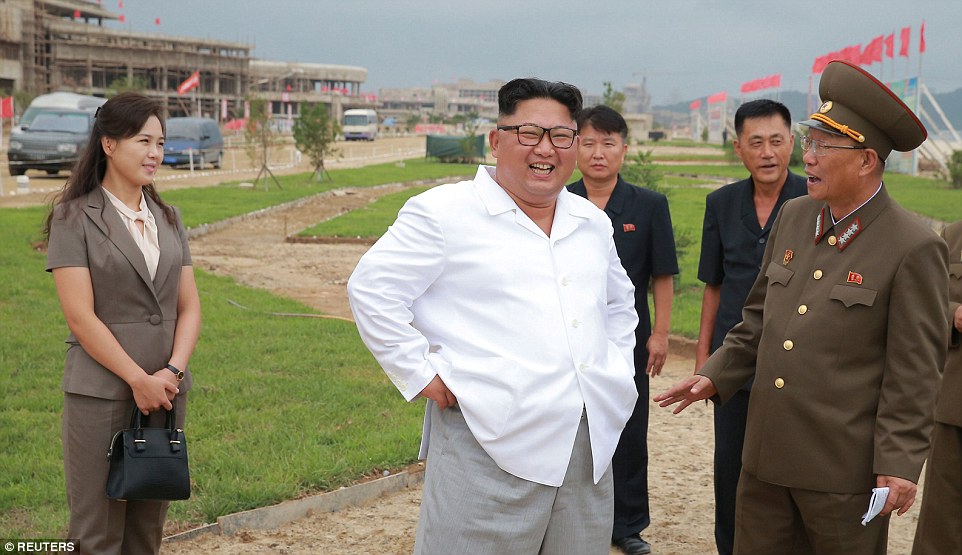 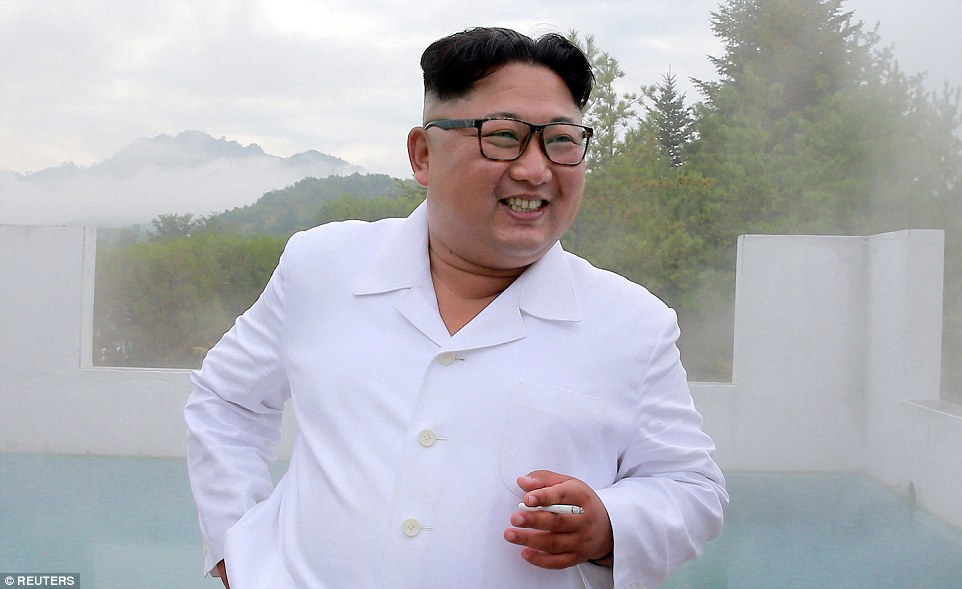 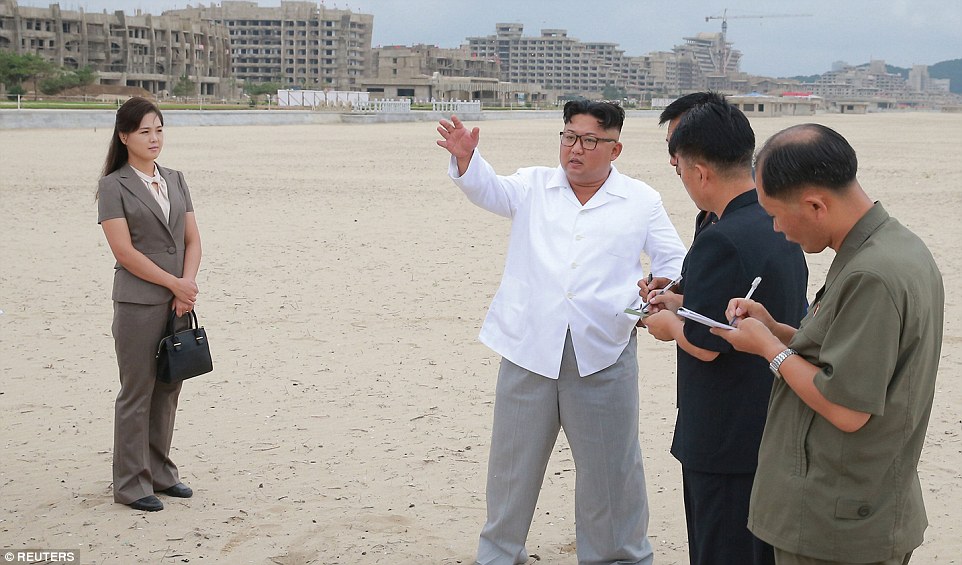 It is scheduled to be completed by October 10, an important public holiday in the country which marks the founding of a precursor to the ruling Workers’ Party of Korea.

Kim wants to rebuild Wonsan by demolishing its centre and replacing it with five-star skyscraper hotels and department stores for his elite.

The news agency said Kim was shown a hotel, lodging quarters and service buildings and asked for trees to be planted to make the area look green.

‘It is the Party’s long-cherished idea and his long-desired job to build wonderful recreational resorts on the scenic and beautiful shores of our country to let the people enjoy themselves to the full,’ he said. 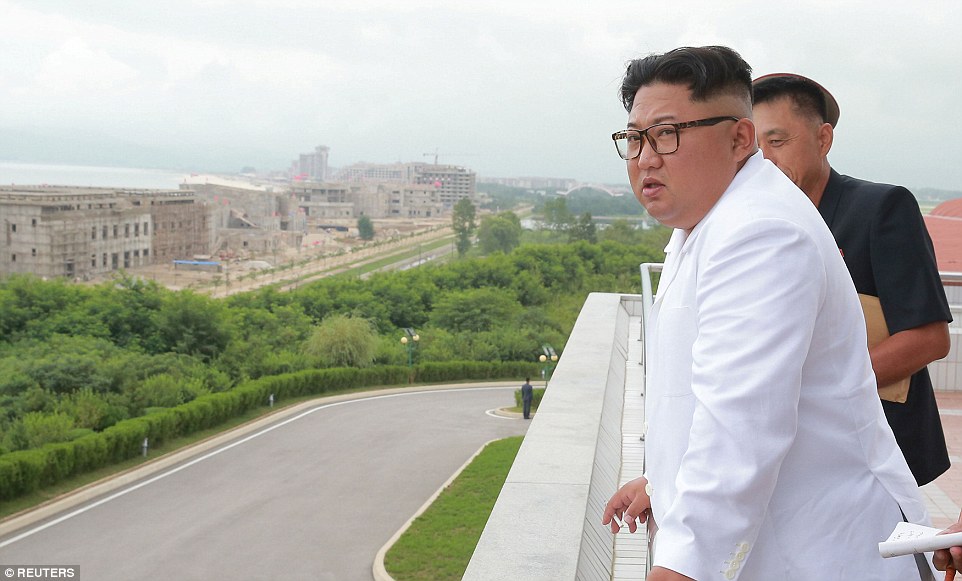 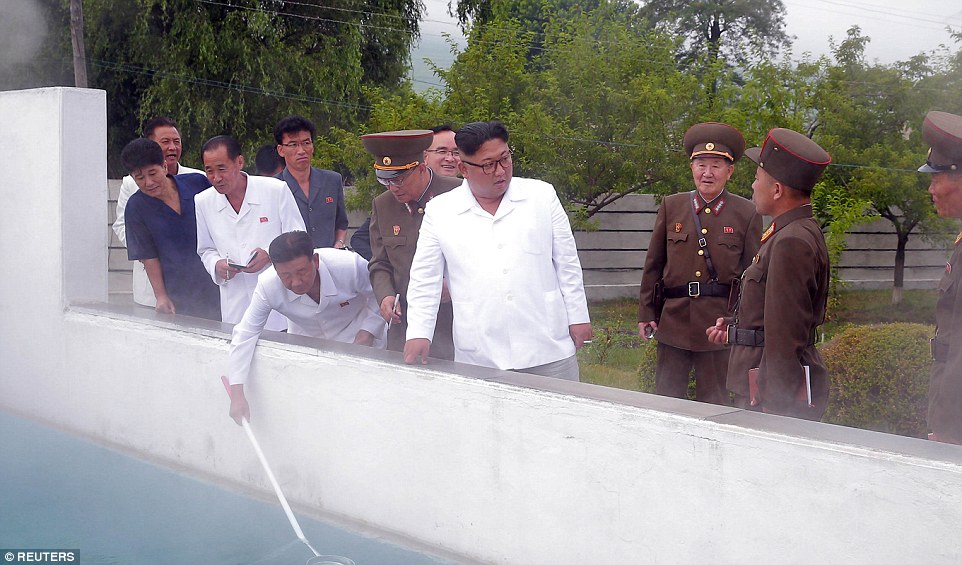 But although Kim is intent on rebuilding the city of 360,000 into a luxury resort, he has also launched nearly 40 missiles from the area.

During his visit Kim also took aim at international sanctions on his hermit kingdom, blaming what he called ‘hostile forces’ for ‘trying to stifle the Korean people through brigandish sanctions and blockade’.

There has been little progress in relations between Washington and Pyongyang since the historic summit between Kim and Donald Trump in Singapore, with the North criticising America for ‘gangster-like’ demands for disarmament.

The U.S. has urged the international community to maintain tough sanctions on the isolated regime, and the US Treasury this week announced measures against Russian and Chinese companies for violations. 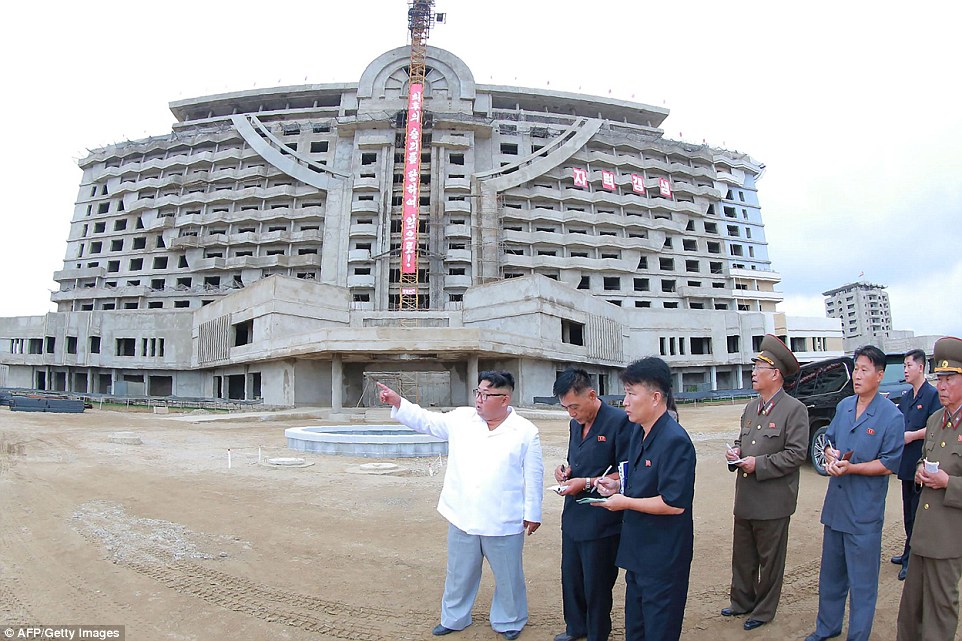 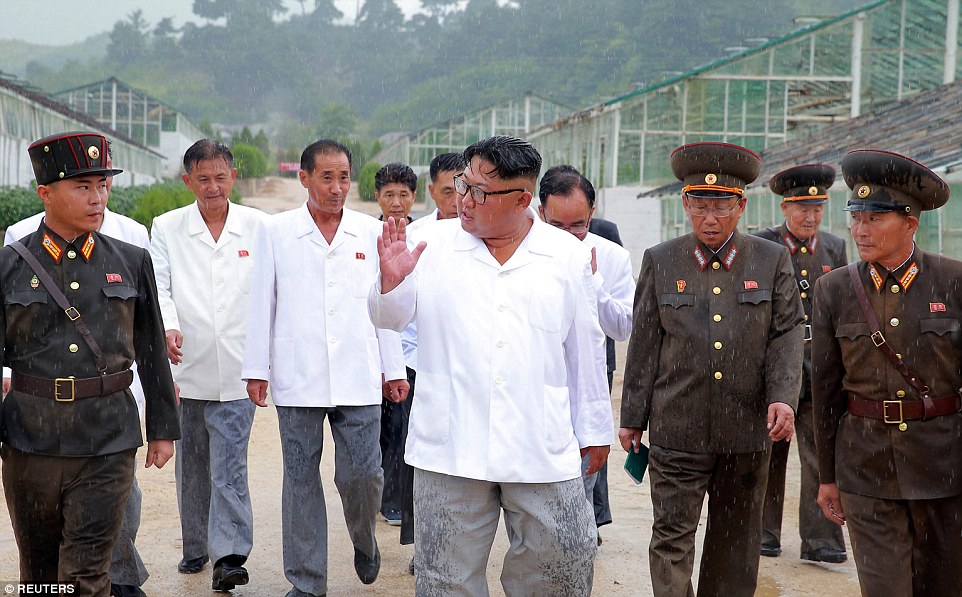